Kitten on the Keys, "Pianist" "Singer""Accordion" 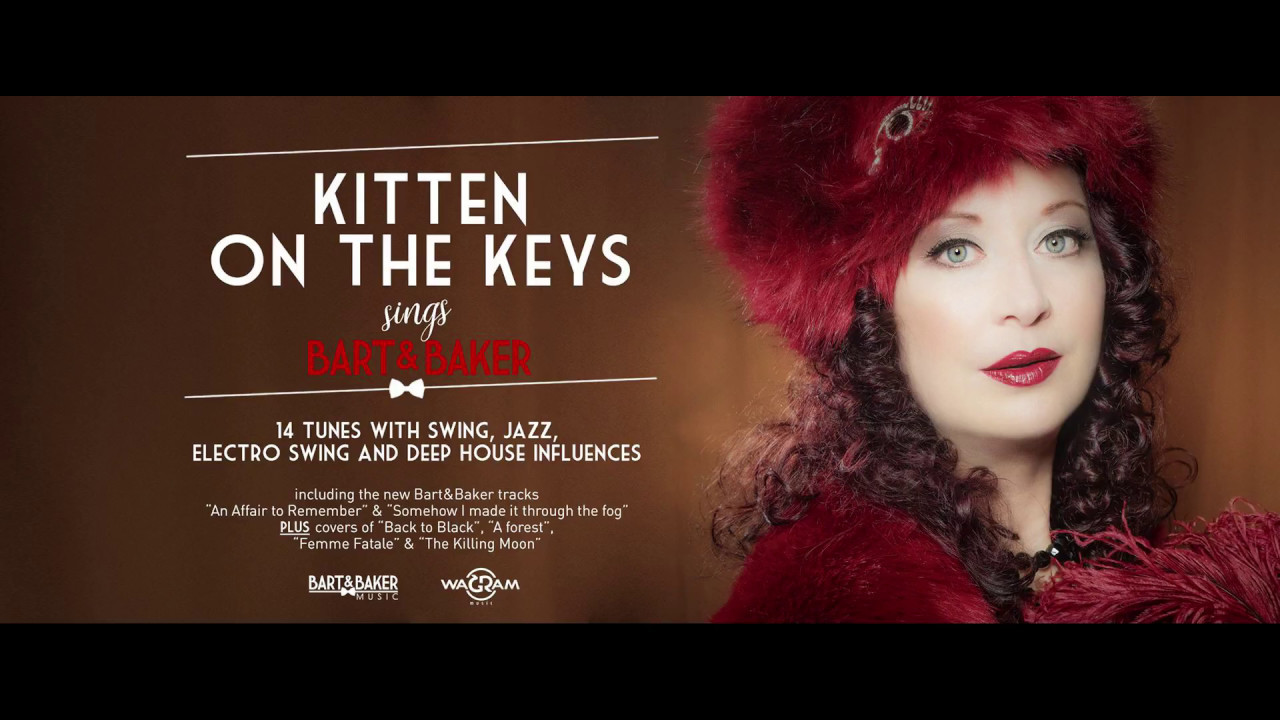 Kitten on the Keys sings Bart and Baker - Paris 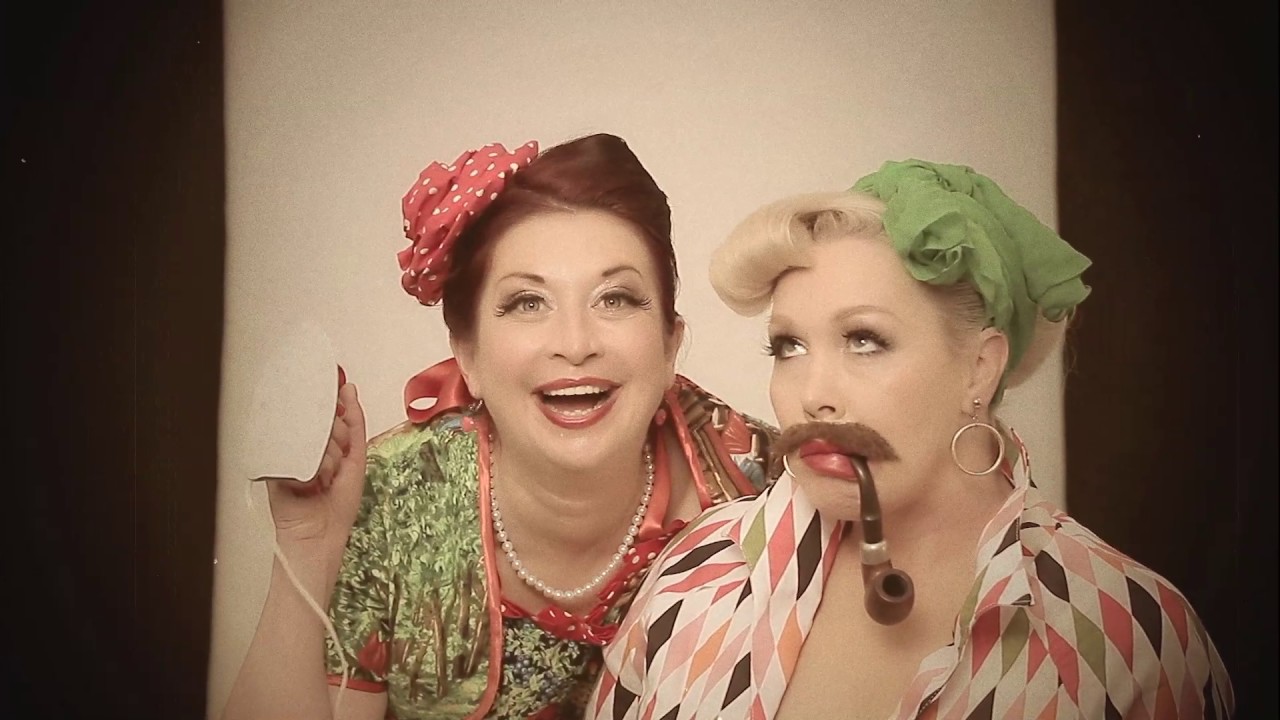 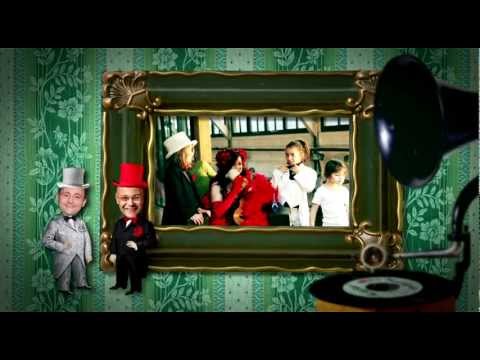 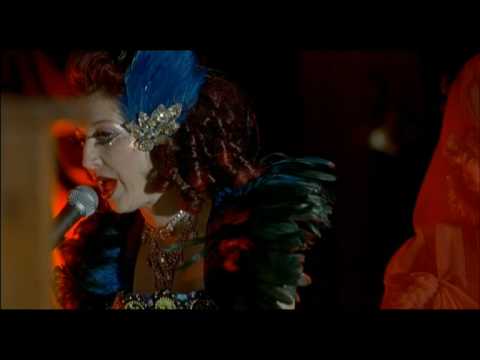 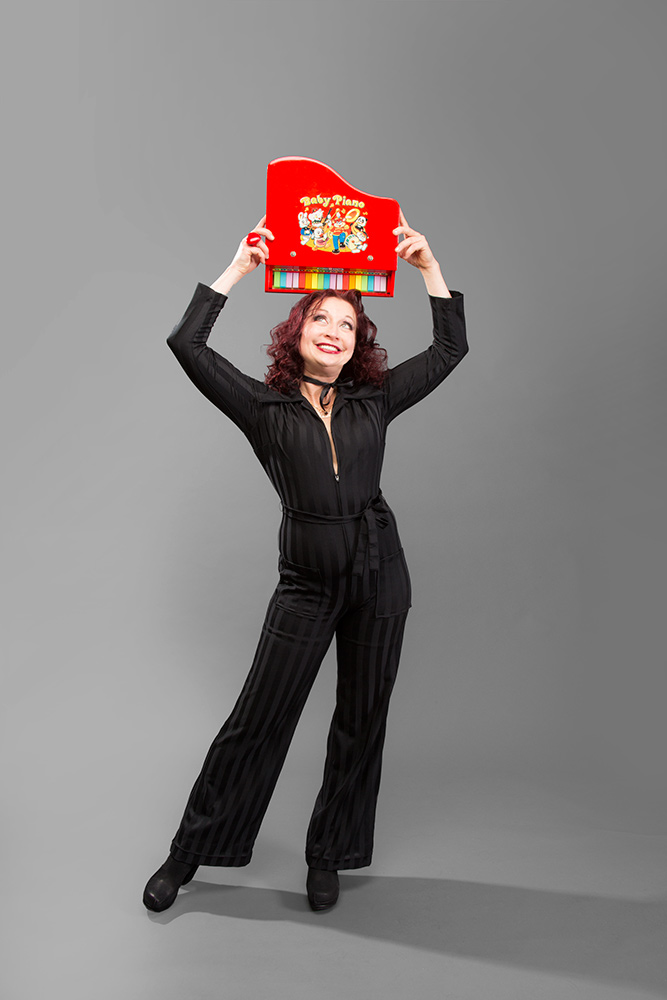 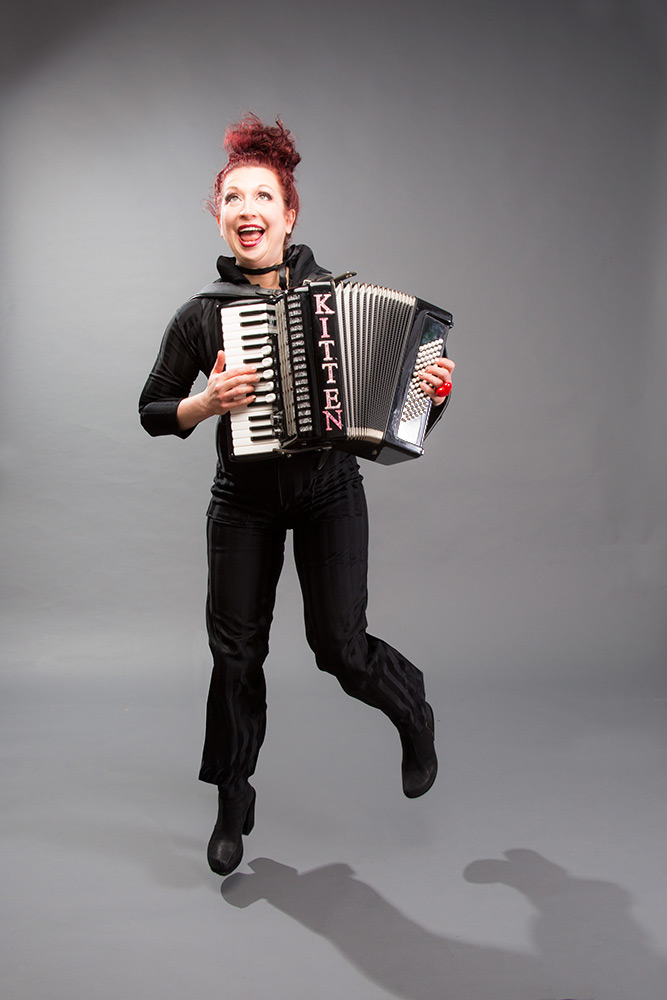 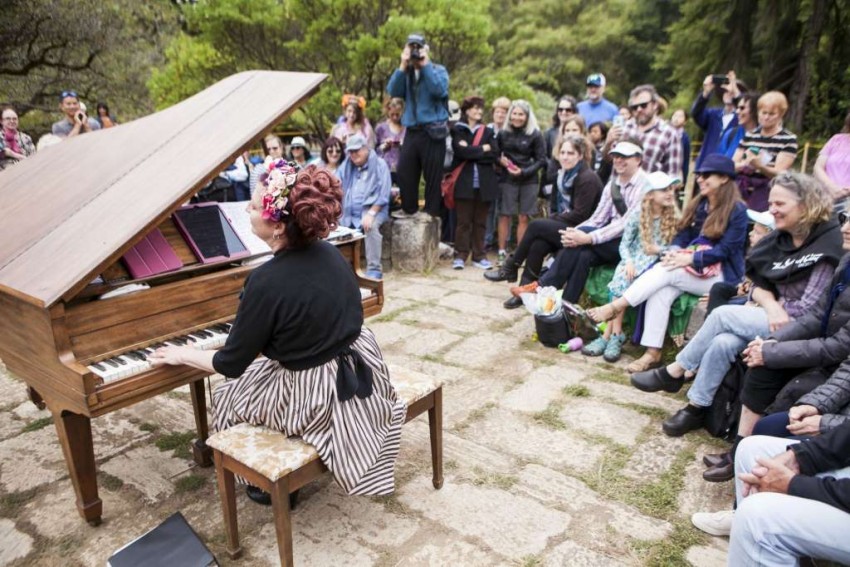 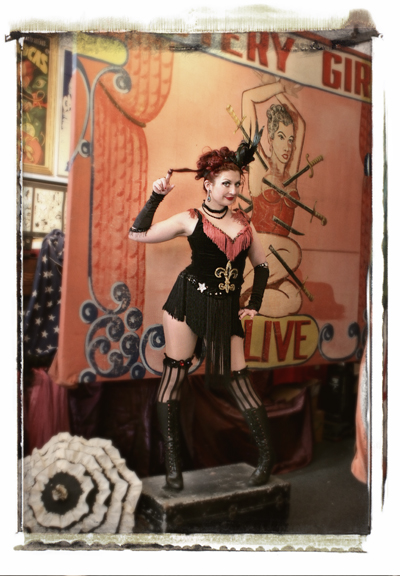 Kitten on the Keys by Becca Henry 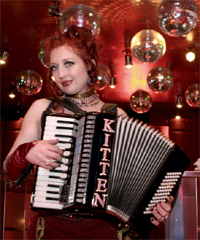 Kitten on the Keys accordion by Becca Henry 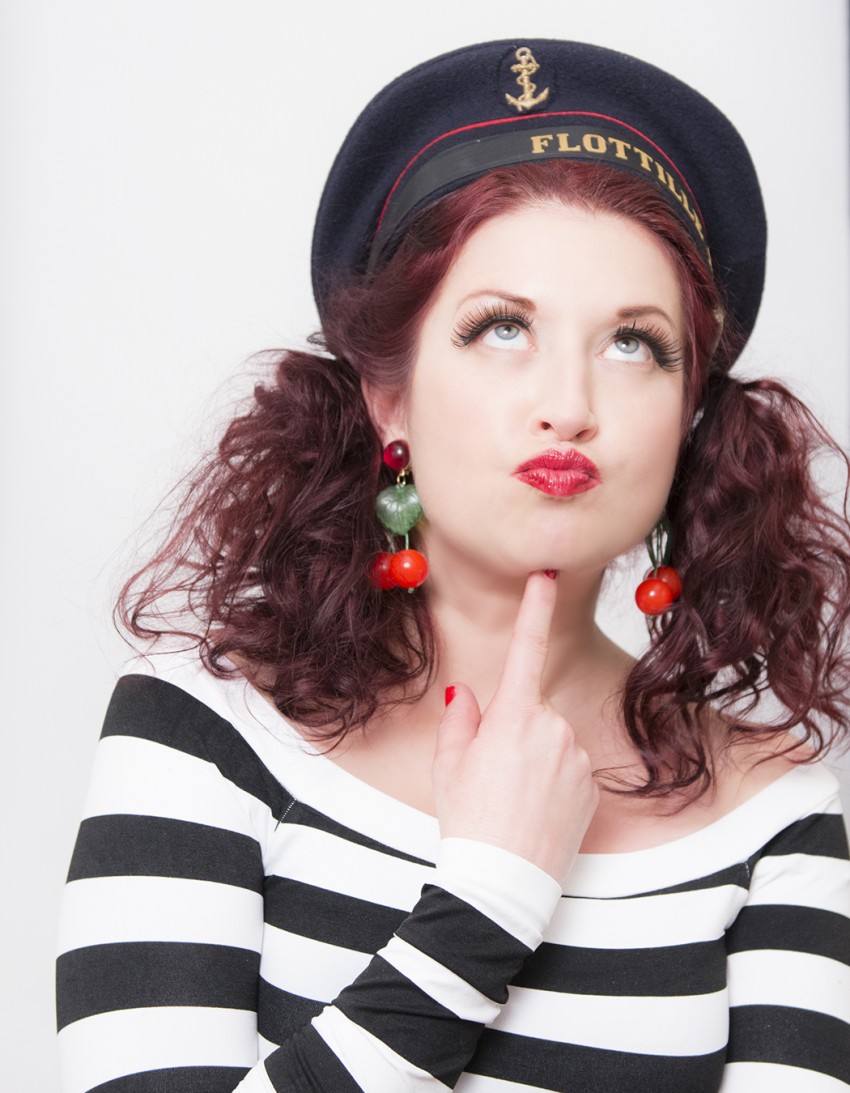 Kitten on the Keys by Eve ST Ramon 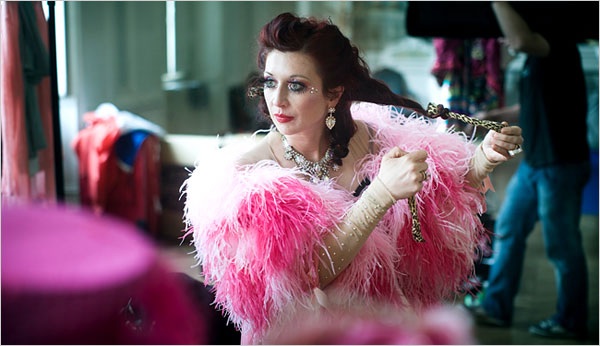 Kitten on the Keys NY Times still from "Tournee" 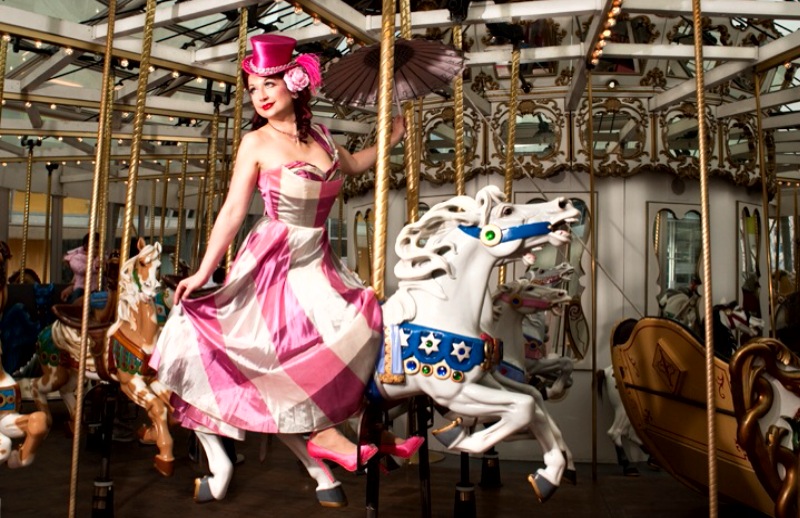 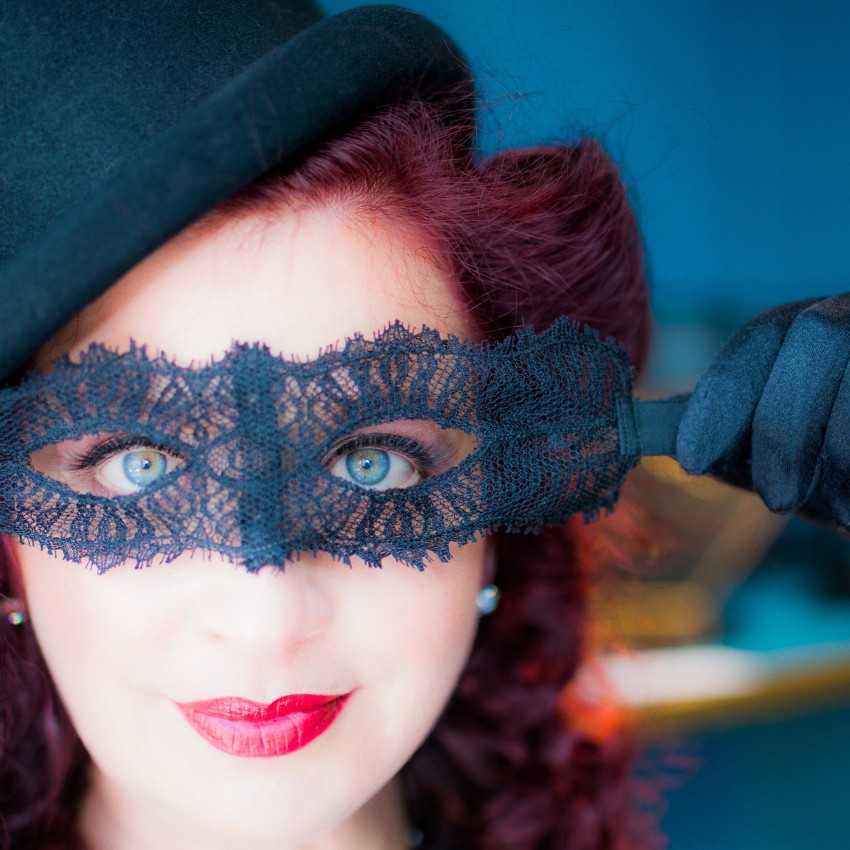 Kitten on the Keys by Eve St Ramon Paris, France

Bay Area born Suzanne Ramsey, aka Kitten on the Keys, is an award winning Cabaret pianist and singer who belts out tow tapping numbers in sensational costumes. When she's not playing at a variety of venues in San Francisco- Kitten on the Keys tours Europe-especially France as the Mistress of Ceremonies for Cabaret New Burlesque- a troupe featured in Mathieu Amalric's Palm D'or winning film, "Tournee". Kitten loves to play 1920's and 1930's Tin Pan Alley Flapper Faves, bawdy burlesque blues, captivating originals, as well as a cornucopia of rock ballads, Broadway and Jazz Standards.
She's fun, vivacious, energetic, and highly unique and entertaining.

Be the first to review Kitten on the Keys, "Pianist" "Singer""Accordion"

Kitten on the Keys can provide a lovely ambience with her walk around accordion - greeting your guests in costume while playing a tune.
Kitten on the Keys can play for your cocktail hour- she specializes in 1920's and 1930's Tin Pan Alley charmers- but her song book is vast- bawdy blues, Elton John, David Bowie,Lou Reed, Captain Beefheart, Tom Waits, Top Hits from Broadway Shows, jazz Standards etc- you name a theme and Suzanne will research it and play the music to fit your theme!
Kitten on the Keys is also an excellent host- she can MC your variety show too!

Looking for a fun musical alternative to the typical party entertainment? Suzanne Ramsey is available to perform as a pianist, cabaret, vaudeville, burlesque entertainer or musical walk around costumed character for corporate and private parties, and can tailor any of her original show stopping numbers to meet your needs.

Kitten on the Keys is a deleriously decadent one ma'am band. When not tickling the ivories, stroking the uke, or squeezing her accordion, this multi tasking vaudeville vamp announces acts with a putty tat panache that will stir your nethers and tickle your funnybone! With four self produced CD's under her belt (available on iTUNES) and the film sountrack to Tournee and Peaches Christs' "All About Evil" soundtrack, this spunky gal puts Sin in her Syncopation for a monkey spankin' good time! Kitten is currently performing with the troupe Cabaret New Burlesque in France  and was recently seen in Mathieu Amalric's award winning film TOURNEE.

Kitten will tantalize your taste buds with her naughty mischievous humor. She won the San Francisco Weekly Music Award in 2003 in the Beyond Category. She's toured the US and Canada with Burlesquefest with Devotchka and Catherine D'Lish, Co-MC'd the Legends Night at Exotic World, won a Golden Pastie Award at the NY Burlesque Festival for being "the biggest Tease", won Best Costume at Exotic World/Burlesque Hall of Fame, MC'd Teaseorama for several years, won  the prestigious  Best of the Bay  Award for Singer Songwriter in  2009, been featured in numerous international publications including the NY TIMES, InRock, Elle,  appeared on MTV's Super Sweet 16, National Geographic's History of the Bra, Le Grand Journal  and other TV shows, and dazzled audiences with her one woman show "Does This Piano Make My Ass Look Big?"  She toured the UK with legendary punk rock band the DAMNED with Mi Mi Le Meaux , played piano for Bauhaus's David J and  jazz Legend Little Jimmy Scott in Las Vegas and was in a band in the late 1980's w/ Courtney Love and Kat Bjelland.  Kitten has a vintage exuberance that is hard to resist. Her eyebrow raising antics has them rolling in the aisles. The French appropriately call her "The Punk Rock Betty Boop'. Her cute, kinky and clever original cabaret tunes revive the mirth and merriment of the good ol' days with a deliriously decadent twist. She's sassy or classy take your pick.

Kitten on the Keys Pianist/Singer/Ukulele/Accordion/MC/Actress

Known as Kitten on The Keys, Suzanne Ramsey has been seen on HBO, E!, IFC, Queer TV MTV, ,Bravo and in many underground films.  She embodies the spirit and style of those days of decadence gone by. Pianist, chanteuse ,actress, and mistress of ceremonies - expect a racy ragtime romp when this little kitty sharpens her claws on a meow mix medley of mad cap gems of yesteryear with a naughty whimsical edge.
She’s toured the US and Canada with Devotchka, Teaseorama Roadshow, opened for the DAMNED on the Twisted Cabaret Tour in the UK, performed in sold out shows in France, Italy, Netherlands, Edinburgh, Switzerland and Helsinki , played for jazz legend Little Jimmy Scott in Las Vegas, MC’d the Victorian Speigeltent at Outside Lands Festival in San Francisco, MC’d New Orleans Burlesque Fest, and Co Mc’d the Legends Night in Las Vegas for the Burlesque Hall of Fame . She recently performed in a feature film “TOURNEE” (2010) with award winning French actor Mattieu Almaric and the colorful cast of Cabaret New Burlesque.
In 2009 she received the BEST OF THE BAY Award from The SF Bay Guardian for being the BEST Singer/ Songwriter in the Bay Area and in 2003 was awarded a SF Weekly Music Award. She is a truly a San Francisco treat!
Kitten on the Keys has 3 CD’s available @ (link hidden) and songs
Available for download on iTUNES, Rhapsody, Last FM etc.

When not playing at the Rite Spot or The Madrone Art Bar in San Francisco- Kitten is a fine art model by day and is the vocalist and accordionist in a horn heavy Captain Beefheart Tribute Ensemble- Pachuco Cadaver-Cuz A Girl's Gotta Boogie.

Prefer to play on site piano BUT if not available- then I can bring my keyboard equipment which requires and extra fee. You should have a PA there if it is a large room/event space. I really like working with event planners, brides, bar owners, etc to make a unique experience!

I have so MANY!

Piano, vocal mic on a boom stand, keyboard with weighted keys, electrical outlet , I have all of this equipment- you need to provide a PA-I only have a small piano amp for small events

If I need to bring my Alesis QS8 keyboard- there will be an extra charge to rent and deliver the equipment. Determined by date, time, and local.

It is always amazing when there is a piano or keyboard on site!

I also can provide walk around entertainment with my ukulele or accordion-sets an amazing vibe!