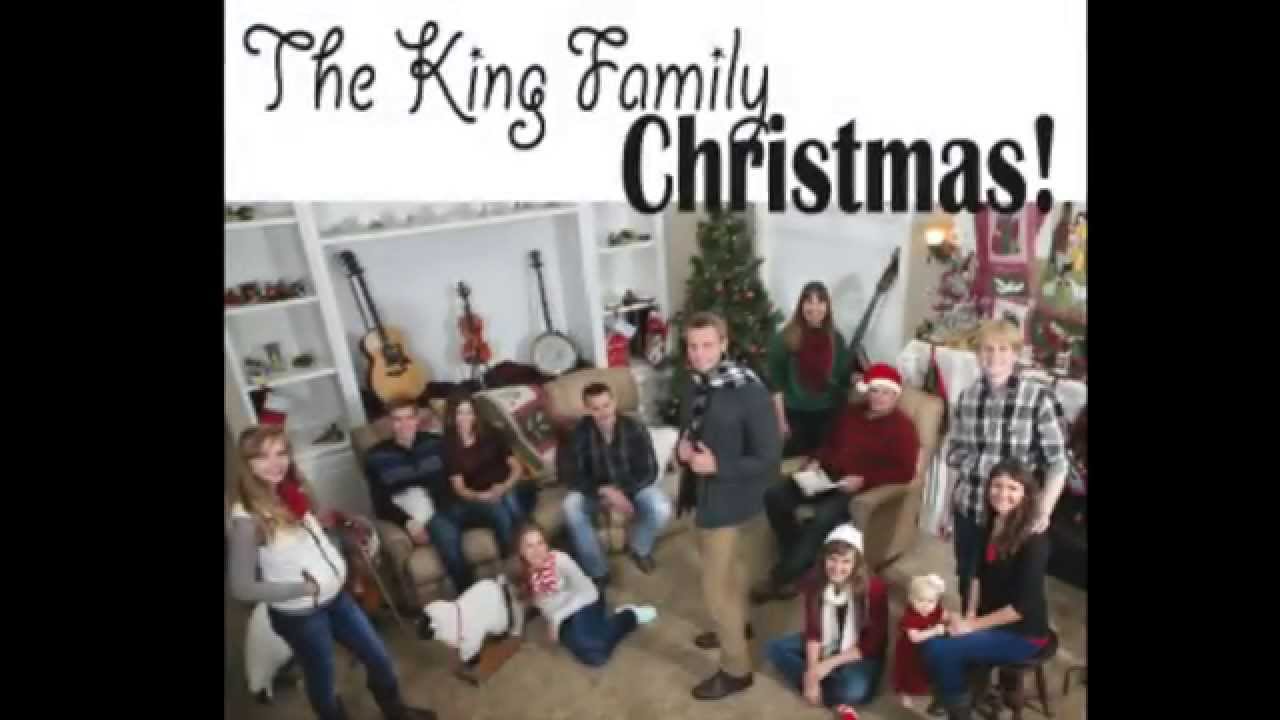 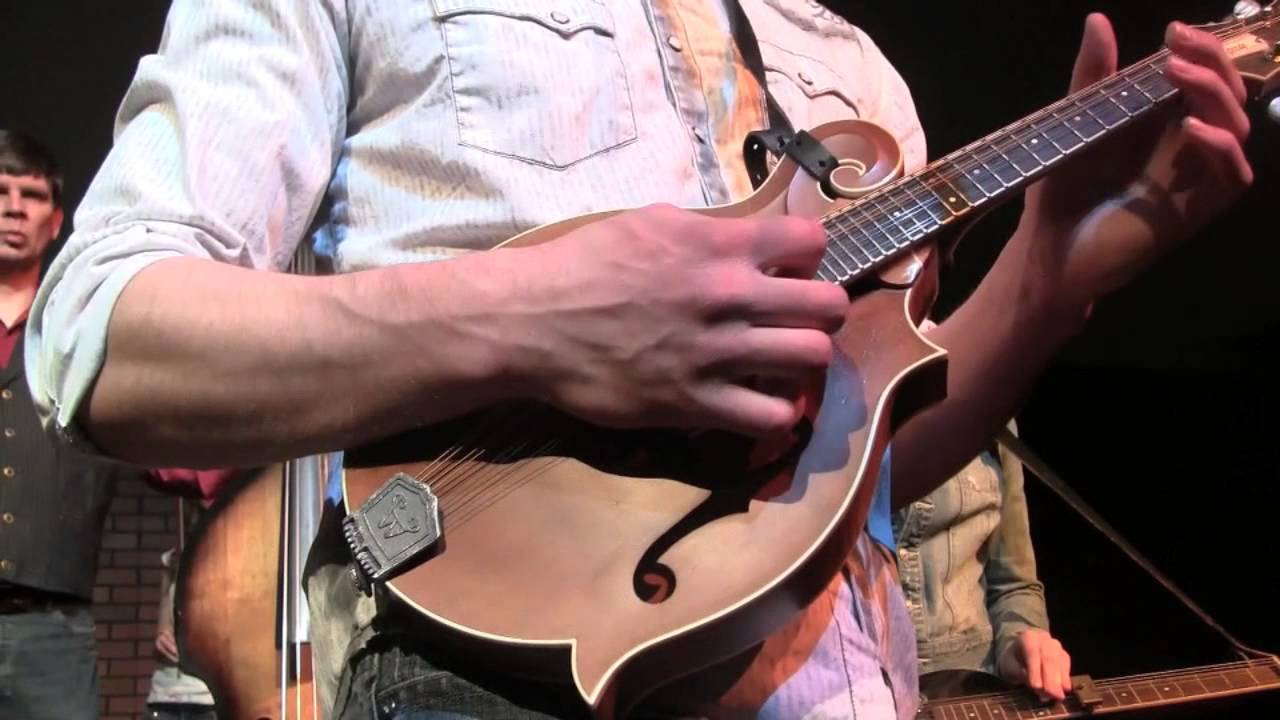 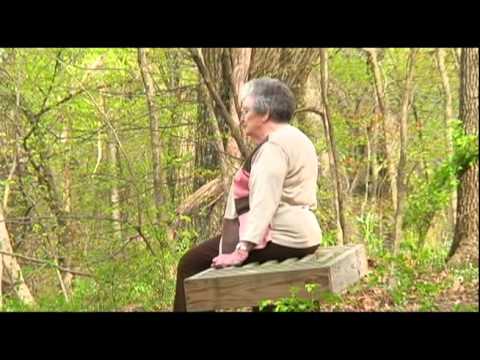 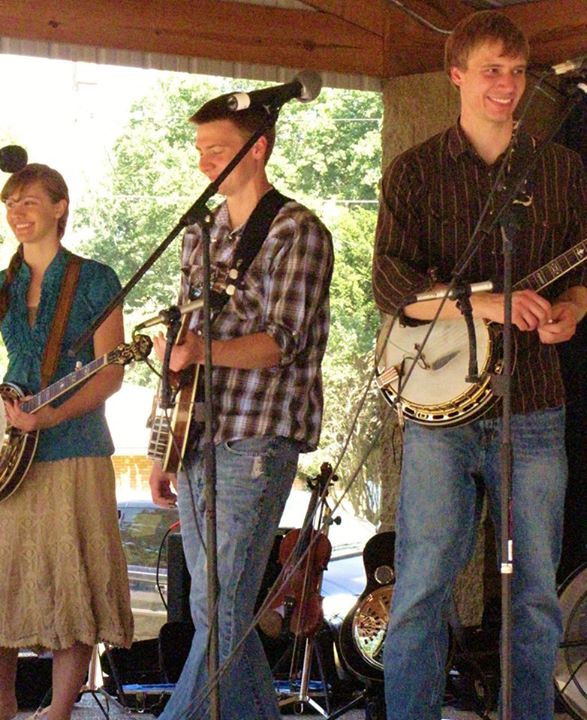 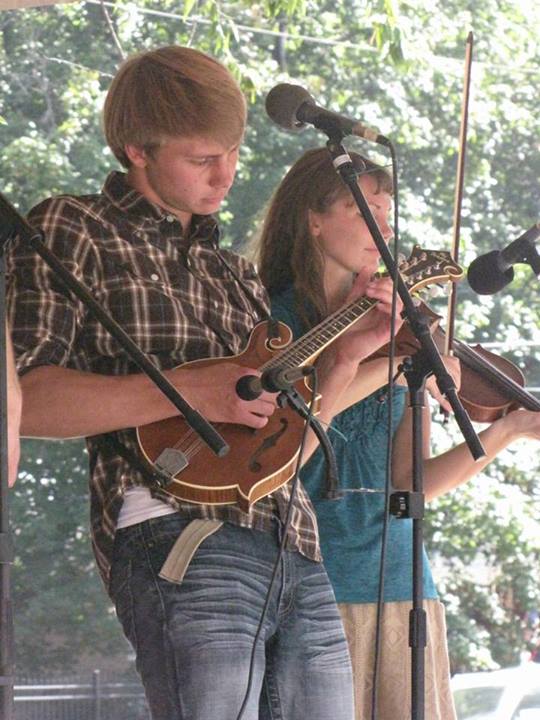 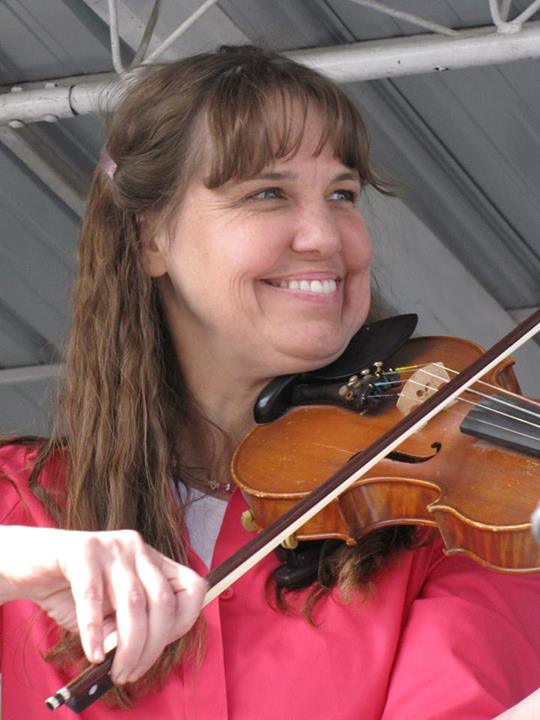 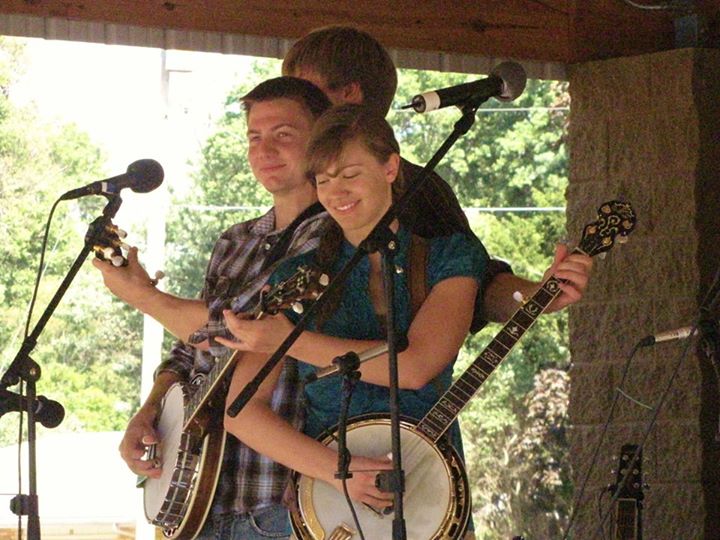 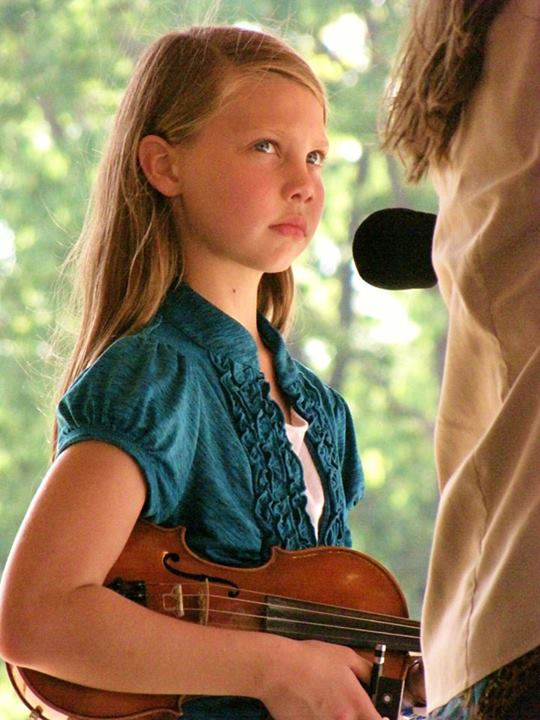 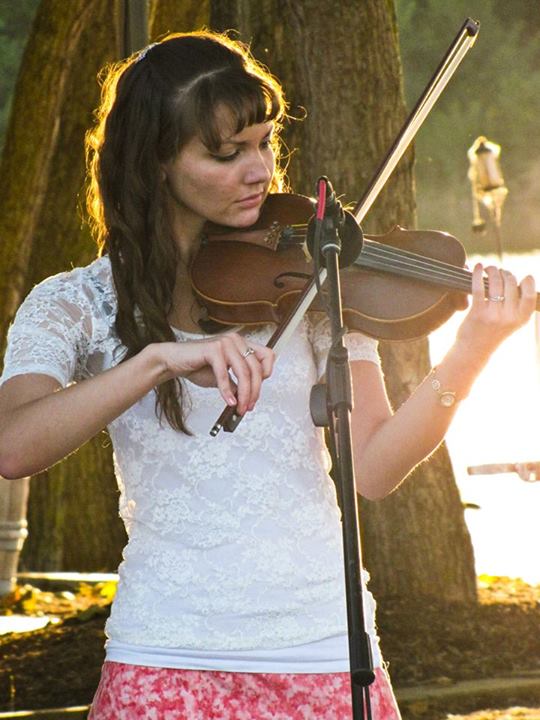 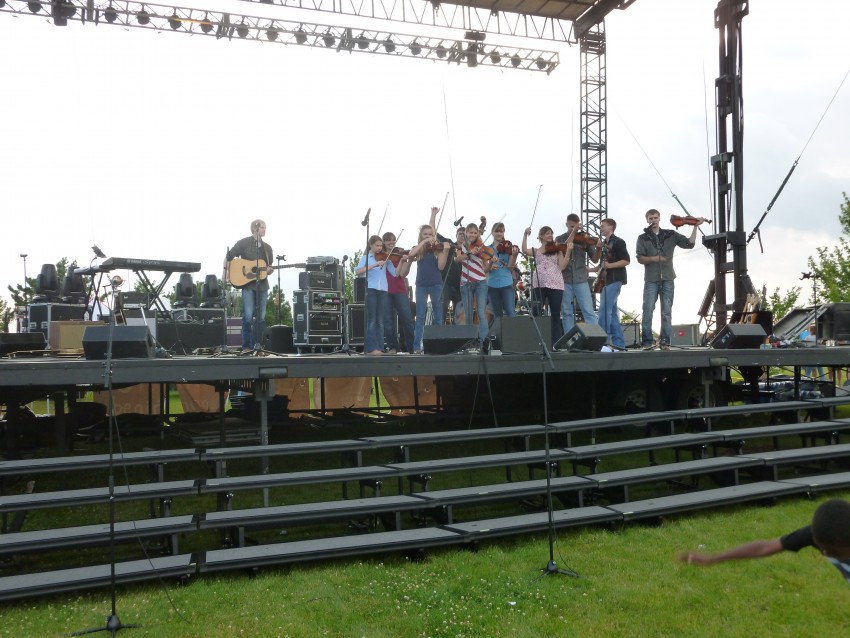 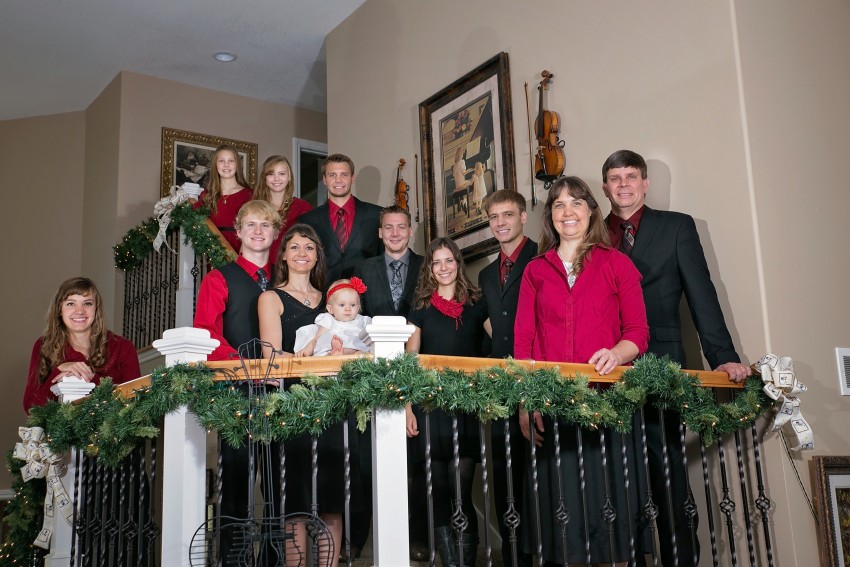 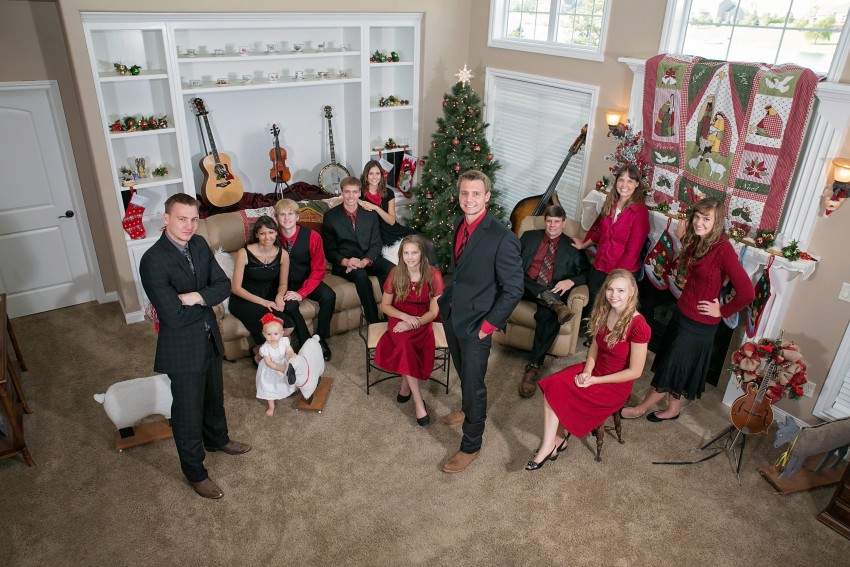 What a blessing to our town.

My husband and I enjoyed their music today in the city park. What a blessing this family was to our town. They are such talented family. They share the gospel of Jesus Christ. We have seen them perform before and enjoy seeing this family grow up and mature. Thanks King family.

Awesome performance in Chicago - Fulton on the River

I can not tell you how much we enjoyed our evening with your family while in Chicago recently. To be singing Amazing Grace and hearing all the spiritual music was just a piece of Heaven in an otherwise very hectic and busy weekend. God Bless your family. We all enjoyed the evening and are still "singing your praises"! Your family is so talented. Thanks for a great evening!

Totaly enjoyed the performance and was greatly impressed with the ability of the whole family. Could not have been better entertained.
LOVED IT. God has truely blessed this family and they profess it.

We perform country, gospel, bluegrass, and original music. We love performing and put on a high energy show. A typical performance involves 50% original music and 50% covers ranging from traditional bluegrass numbers, lighting fast instrumentals, crowd pleasers such as rocky top, dueling banjos, orange blossom special, moving gospel numbers, and a few surprises such as a Beatles song or an Elvis Presley number. We have a lot of fun on stage and make sure everyone in the audience leaves with a smile.

If you brought the Von Trapp family from "The Sound of Music" to America and taught them bluegrass instruments, you would end up with the King Family Band.

With 12 years of experience, the Kings showcase four award-winning instrumentalists and a variety of blended harmonies and solo singers. They excite audiences with bluegrass favorites--such as Rocky Top, Sweet Eyed Darling, and Bluegrass in the Backwoods --as well as gospel, country, original, and yes, even some old time rock and roll music.

The group boasts two state of Illinois banjo champions, who are now living in Nashville and join the band when available; two #1 RAA radio hits; and two proud (most of the time) parents of seven children.

The Kings are know for their heart-felt and powerful original music, with Caleb recently labeled a Songwriter to Watch by the Nashville Songwriters Association International.

The Kings keep a busy tour schedule playing at fairs, churches, art centers, festivals, and private events across the Midwest. They have also ventured to farther destinations, including Nashville, Branson, Colorado, and Georgia.

Individually, four of the band's members are state award-winning instrumentalists, and as a group they took 2nd at the 2012 CAM Gospel Sing-Off in Branson, MO. The King Family Band's fifth CD was produced by Pat Holt, who produced legends such as Johnny Cash, James Taylor, Alabama, and Charlie Daniels.

We typically provide our own sound system but in select cases use the venue's system. Give us a stage and electricity and we are good to go.

Rocky Top, Amazing Grace, My Kinda Dream, I Wanna Hold Your Hand, Redbud Tree, I'll Fly Away, Dueling banjo's, Orange Blossum Special, Just the Way We Like It, Think of What You've Done, Earl's Breakdown, Swallowtail Jig, and many more.