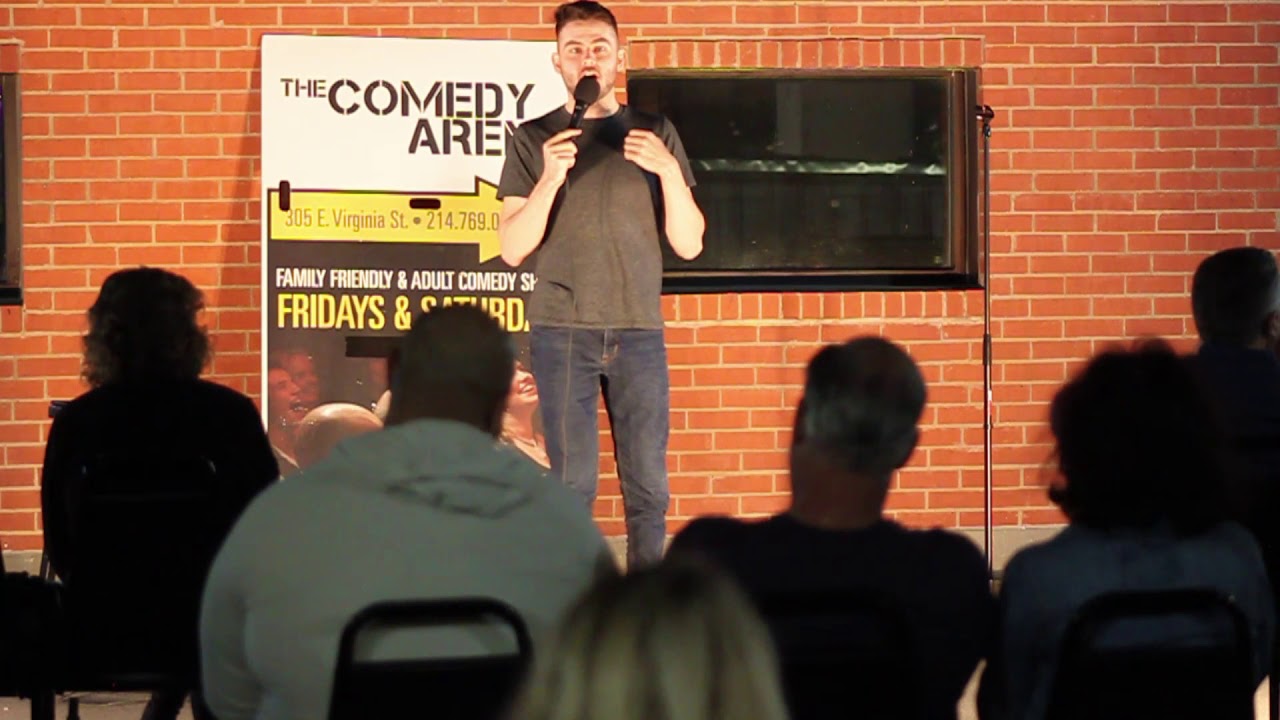 A great comedian or host makes any event memorable! My stand-up is silly, sharp, and always on-point. Think John Mulaney, but much cheaper. I bring good vibes and quick wit to every show, creating a positive and fun environment for everyone. Let's talk!

We had an amazing time with Jack. He was funny, professional and above all everyone loved him! Even had friends book him for their corporate and private events as well. Book him for your next event. Very recommended.

As a comedian, Jack can perform "clean" (without swearing and jokes about sex/drugs/rock'n'roll) or "blue" (think HBO, but without the dragons).

As a host/emcee, Jack brings warmth, energy, and humor to any event! Quick on his feet and always aware of the crowd's vibes, he can give your event the boost it needs to be truly Insta-worthy.

One of DFW’s hottest young comedians, Jack Freeman has been taking alternative venues around North Texas by storm. Jack’s comedy combines his goofy sense of humor with a healthy dose of wit and insight, plus the occasional pop culture reference, because yeah, he has a computer.

Jack grew up in Wichita, Kansas and graduated college with degrees in creative writing and history. Realizing his terrible financial mistake, he moved to North Texas in 2017 in search of health insurance. In DFW he not only found health insurance, but also the only sensible outlet for his college education: stand-up comedy.

Since then, Jack is a weekend regular at Backdoor Comedy in Richardson, TX. He has also appeared at the Arlington Improv, Hyena’s Comedy Nightclub, Dallas Comedy House, and dozens of alternative venues in North Texas. He recently opened for Paul Varghese (NBC, Comedy Central) and will perform at the 2019 Plano Comedy Festival in Plano, TX.

As a comedian and host/emcee, Jack needs a microphone/PA system to be properly heard. If a mic/PA is not available, he can provide his own (additional fees may apply).

Microphone/PA System (if none provided, additional cost may be included)