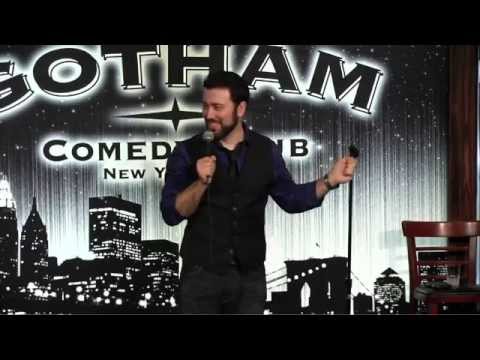 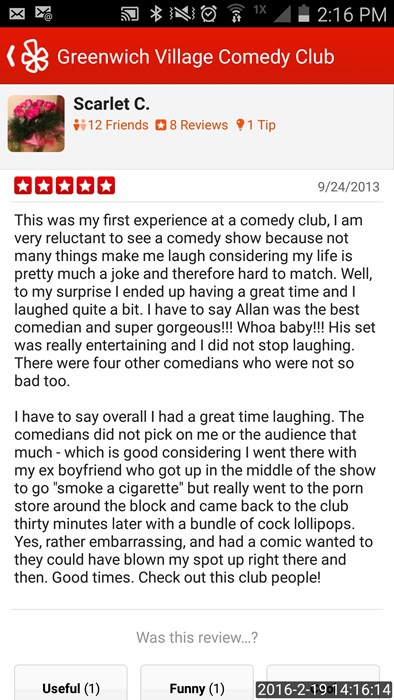 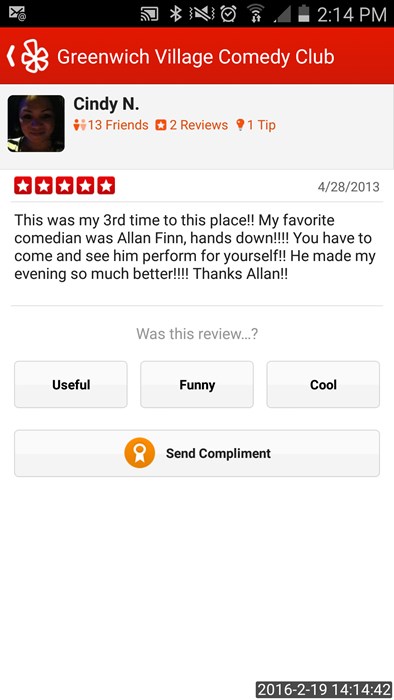 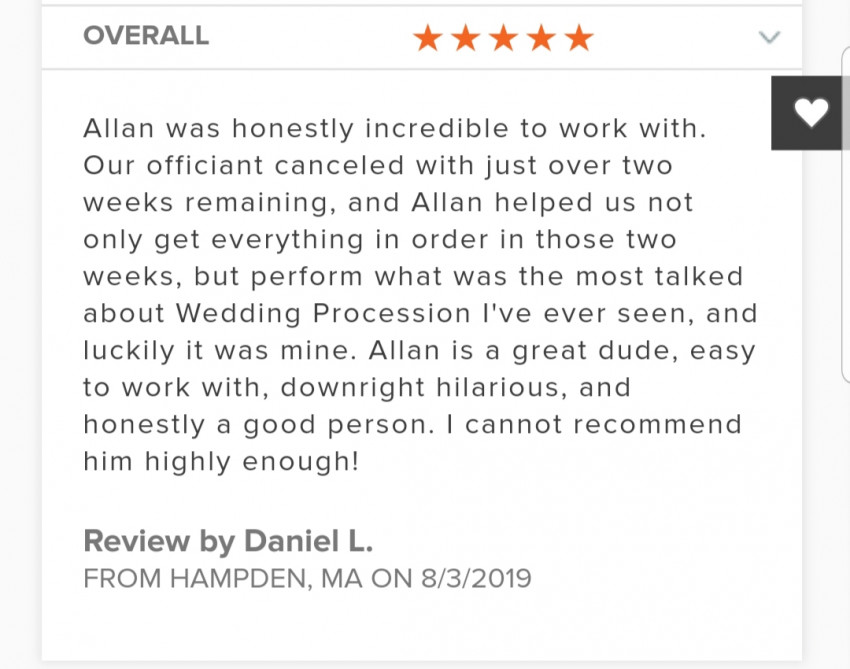 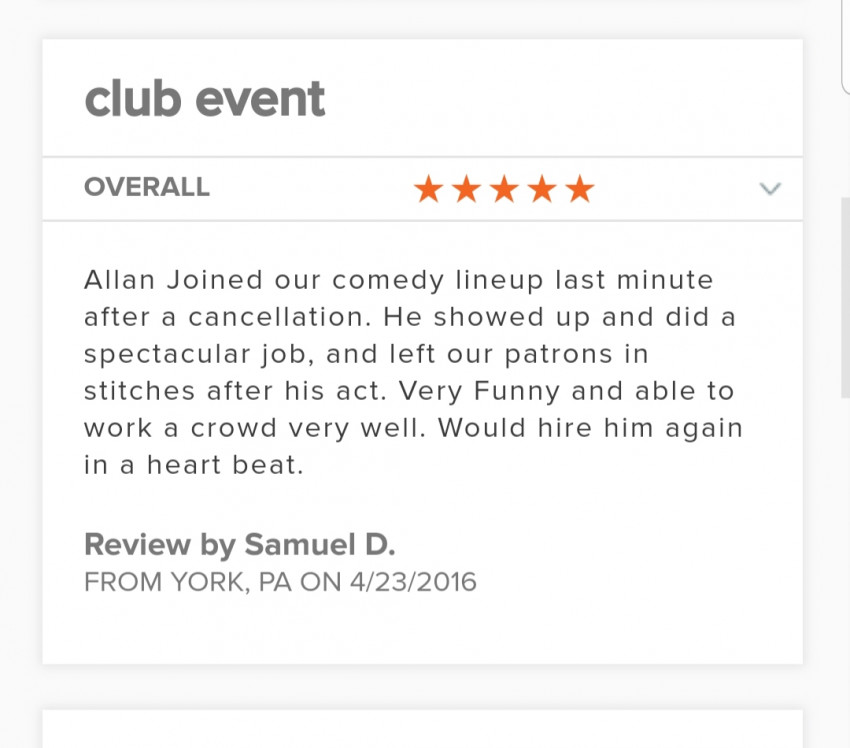 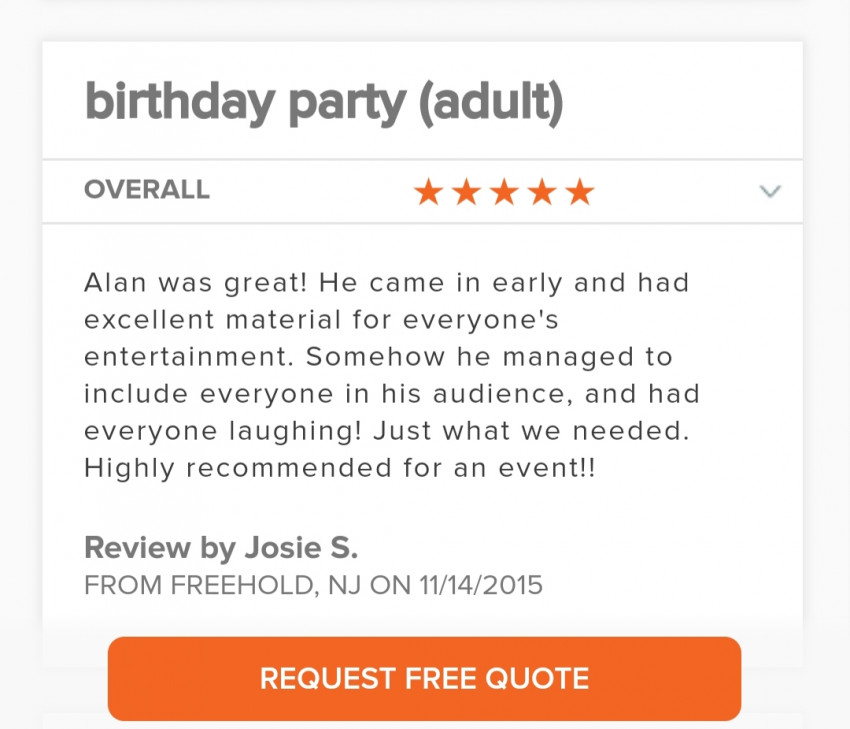 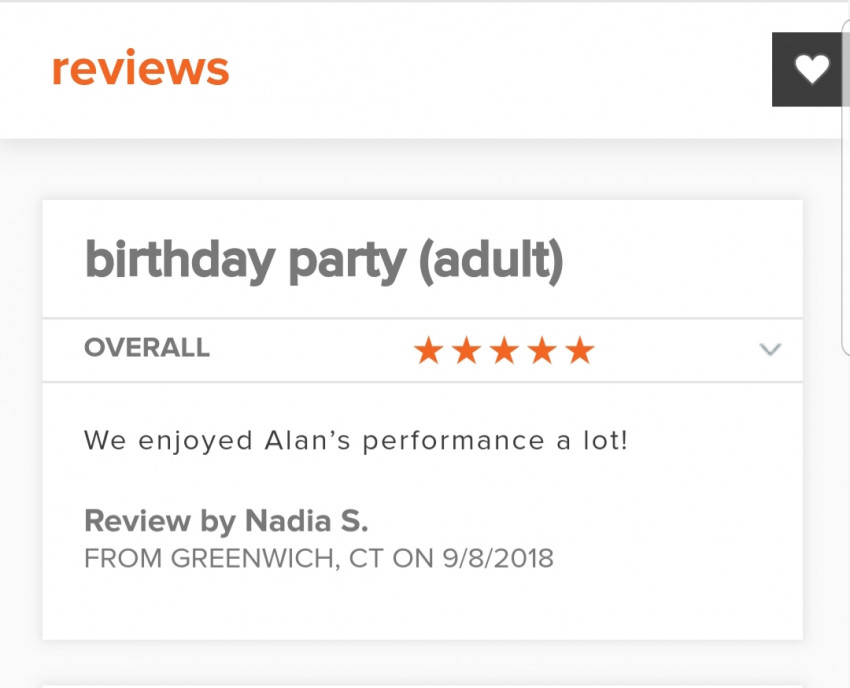 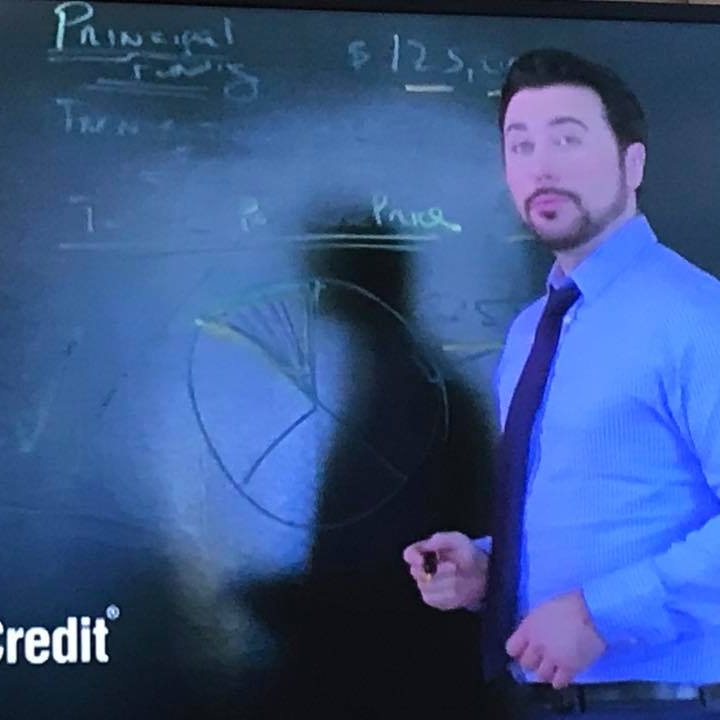 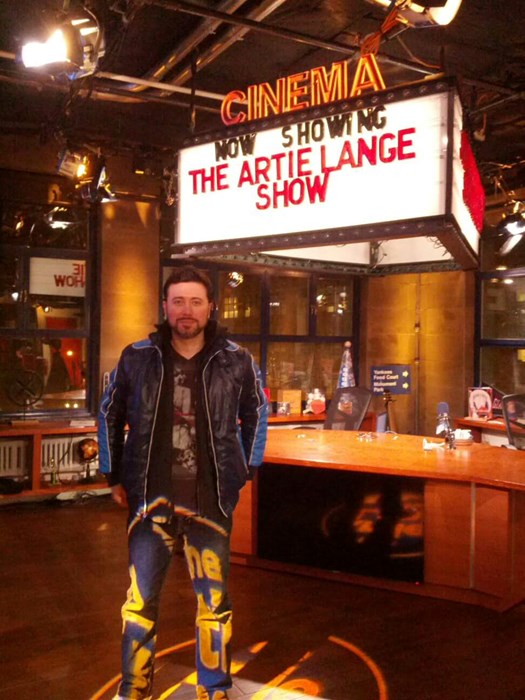 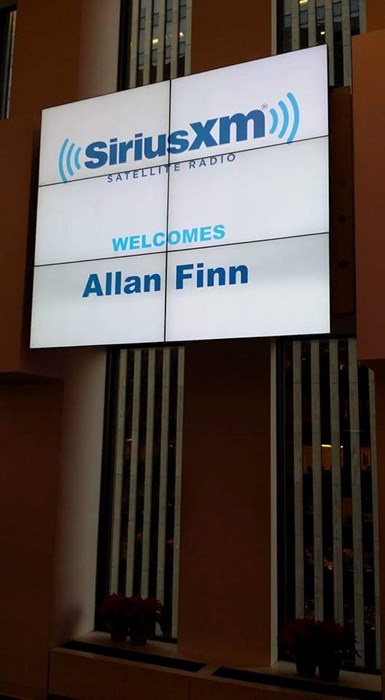 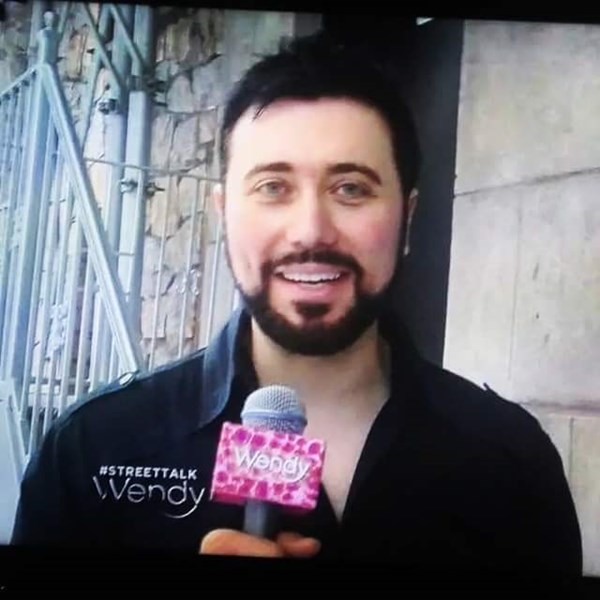 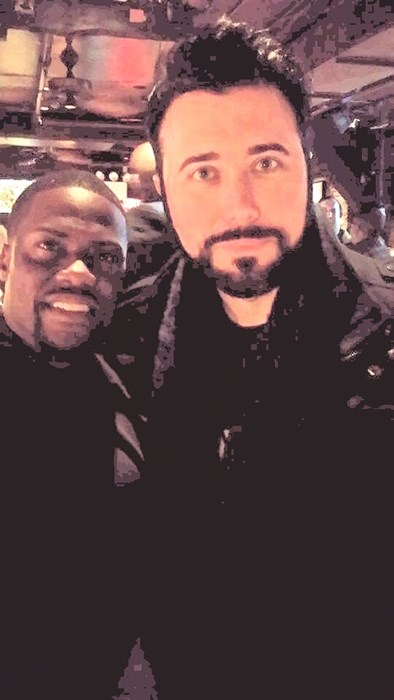 with Kevin Hart at the Comedy Cellar 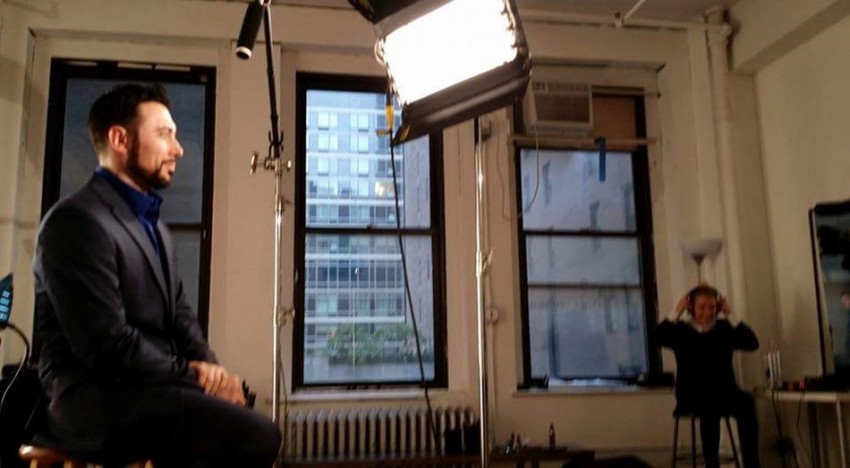 Filming a commercial for The Knot. 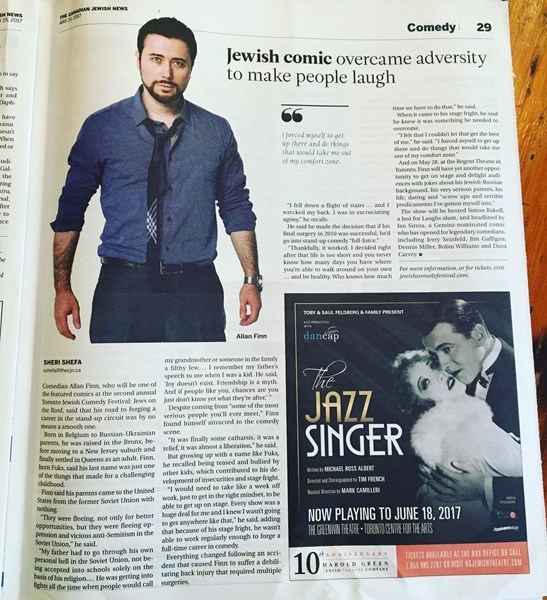 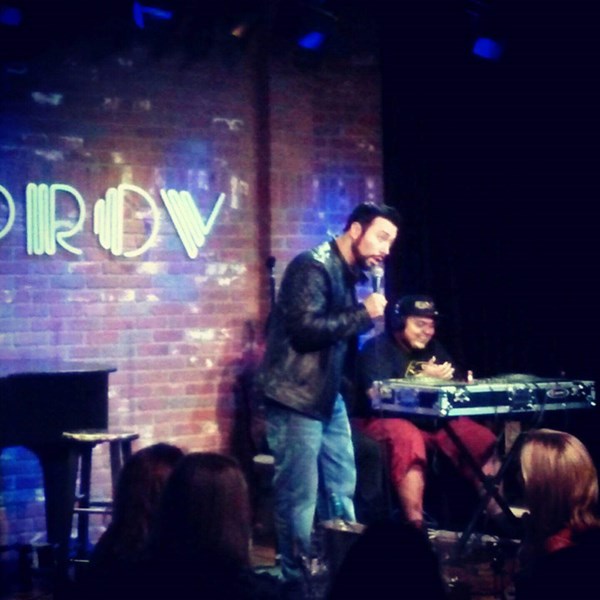 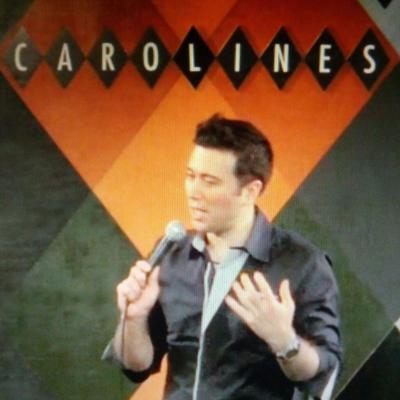 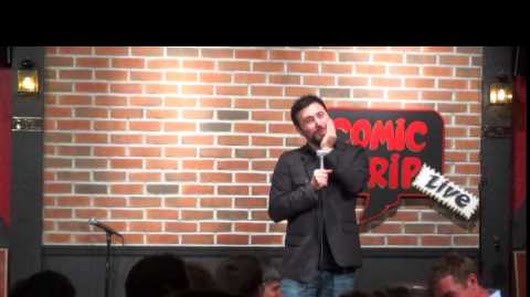 Performing at The Comic Strip 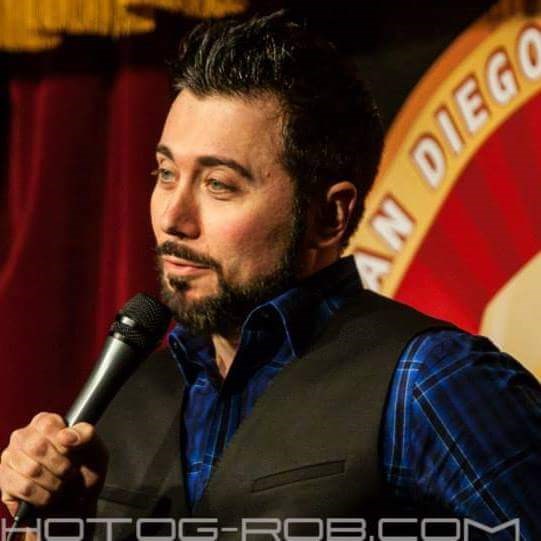 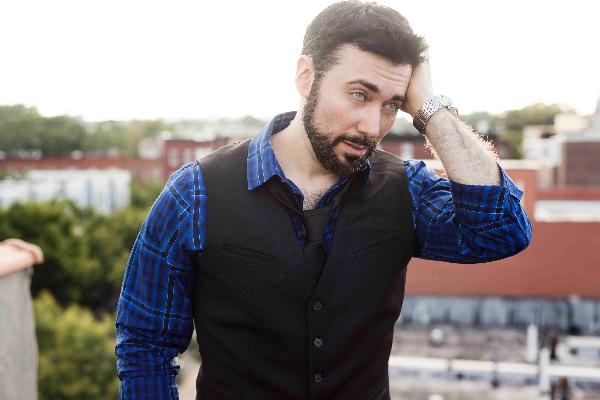 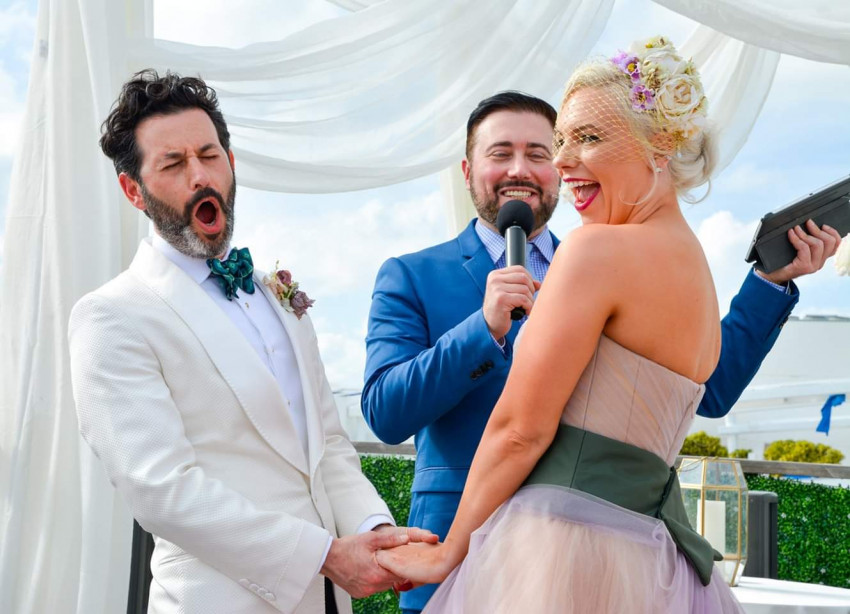 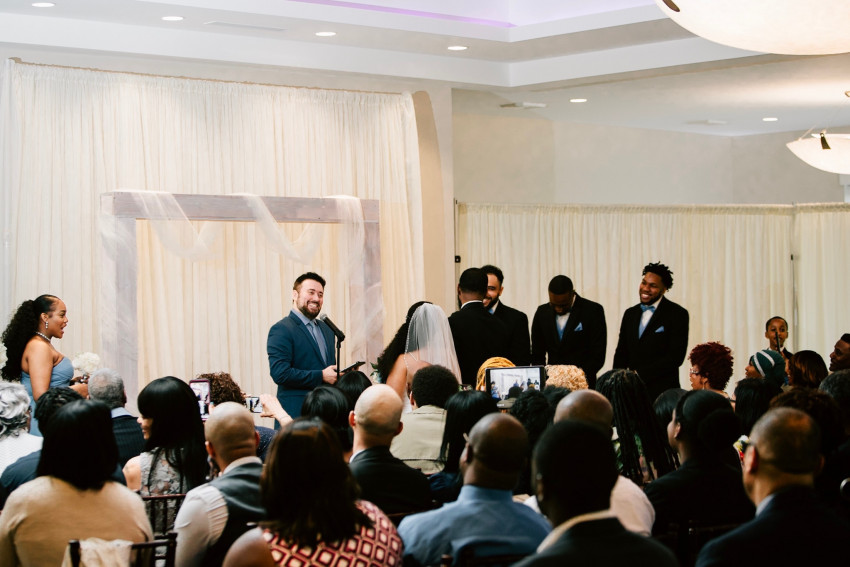 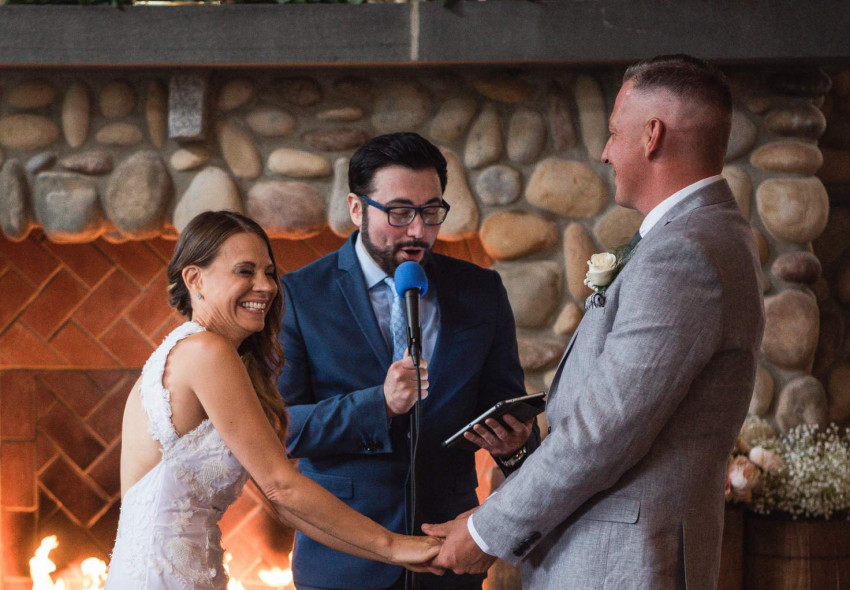 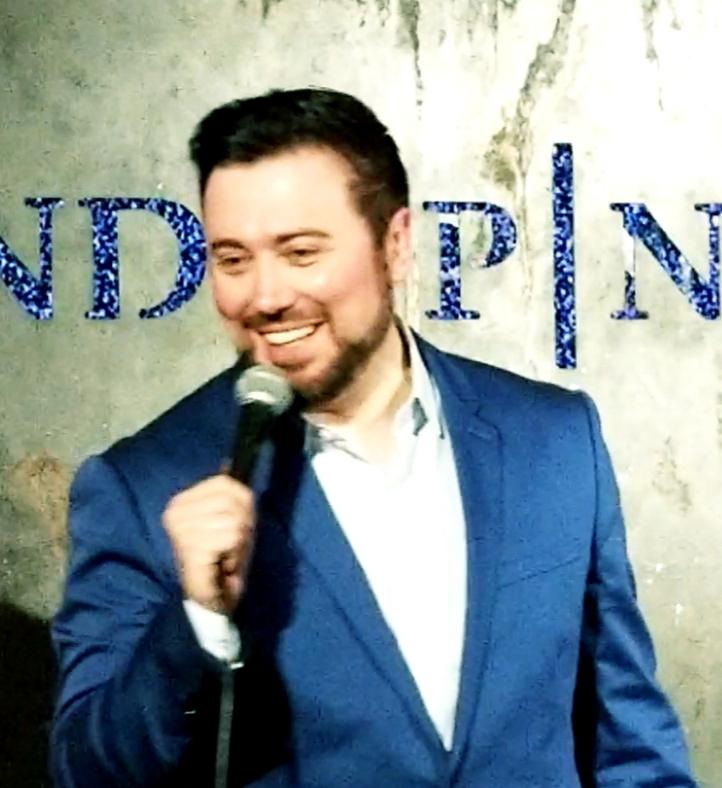 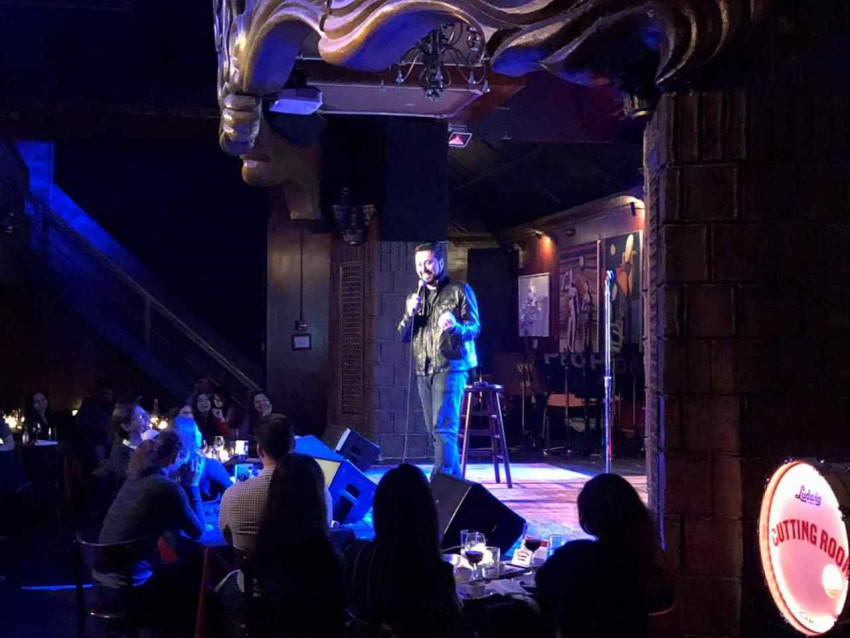 Yelp Reviews of Allan Finn:
"Been a while since I've actually enjoyed a comedy club in nyc. Great night highlights were from Allan Finn. I would go again especially if he was there. Had so much fun and of course laughed a lot!" Denise P., Bronx, NY
"Personally, I think Allan Finn is especially outstanding with his very current and witty routine." Minnie R., New York, NY
"Allan Finn is definitely one to see, you will be laughing the whole time." Cache O., Appleton, WI
"The ultimate multi-cultural comedian," Mr. Finn relates to audiences across all ages & background. Credits: Wendy Williams, Artie Lange, Live at Gotham & The Knot and Biz2Credit commercials on CNN, ESPN, FOX, CNBC, & MSNBC.

Allan felt like a gift from God. He was so funny the guests in attendance were holding their sides and crying from laughing. He blew away all my expectations. We felt as if the Lord himself was there!!!!
I can't wait to see him perform at a comedy club. He's also an incredibly gifted writer--the ceremony he wrote for us was poignant and unforgettable. He was extremely professional and super easy to work with. We were truly wowed as was everyone. 5 stars!!!! 5 STARS!

Allan was not only professional, but made our wedding so incredibly personable to each of us. Given he has a comedic background, he was able to balance the best of both worlds. A beautiful and loving speech, along with a few light hearted jokes that had us all laughing. We highly recommend him for your special day!

Thank you! It was a pleasure and an honor to be a part of your beautiful wedding!

We had a fundraiser Comedy night and no lie Allan had the whole room in stitches !!! If you are looking to book a comedian for anything this is the guy!! Totally read the room , full of energy, didnt miss a beat!!! What an absolutely wonderful fun night !!! Thank you so much !!

Allan was able to get a staff as diverse as ours all have a great time. He was funny and inclusive and all that we could've asked for.

Wow! Thank you so much Alex! It was a blast!

Allan helped make my sister-in-law's surprise 40th birthday party truly special, and something we will never forget. He transformed my cramped living room into a comedy club. He was able to adapt to the children running around and kept the focus on him, and made many guests a part of the show which was absolutely great! Thank you so much Allan!

Thank you so much Tracey! I'm so glad everyone had a great time!

Allan made our special day really wonderful with a ceremony that had the right mix of humor and seriousness. I asked him for a copy of what he wrote I liked it so much!

Thank you, Ryan! I'm so happy you enjoyed it!

Allan and crew helped to make my husband's 50th birthday party a blast!!! He was personable, professional and so very funny!!! Thank you Allan for a great performance.

Thank you! So happy everyone had a great time!

Allan made our birthday party spectacular! Everything was exactly what we wanted and we couldn't be happier. We may have him again next year! Thanks man! Such a great job!!!!

Allan Finn has been called "the ultimate multi-cultural comedian" (born in Belgium to Russian-Ukrainian parents, raised in the South Bronx, moved to the Jersey suburbs, and now living in Astoria, Queens - the most diverse city in the U.S.). Mr. Finn is able to relate to audiences all across the spectrum - no matter the age or background.

Whether the topics are relationships, dating, marriage, pop culture or just unique observations, Mr. Finn explores them all with refreshing insight and a powerful wit. Customizing his act to the specific event/attendees, roasting, and crowd work (improvising with the audience) are specialties as well. An added plus is the ability to be funny working both 100% clean or dirty!

Allan has been hired to write and perform at roasts throughout the country. He can customize a roast for your guest of honor - always a popular option.