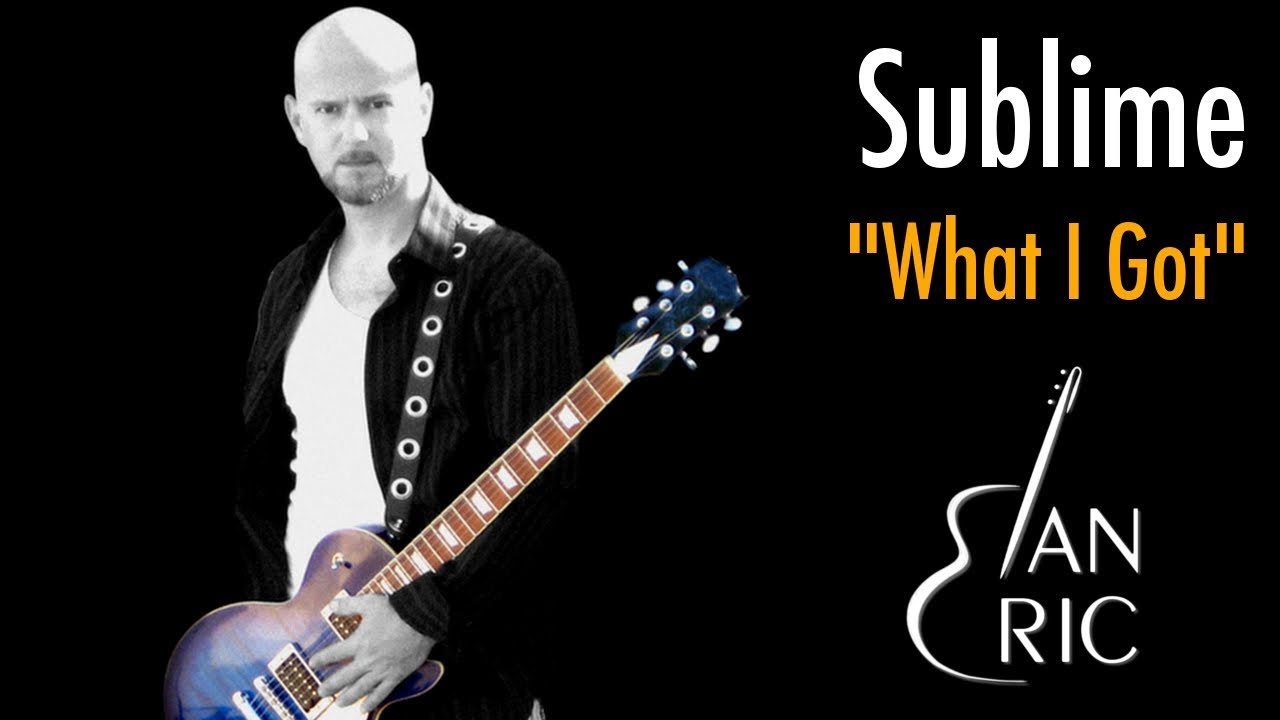 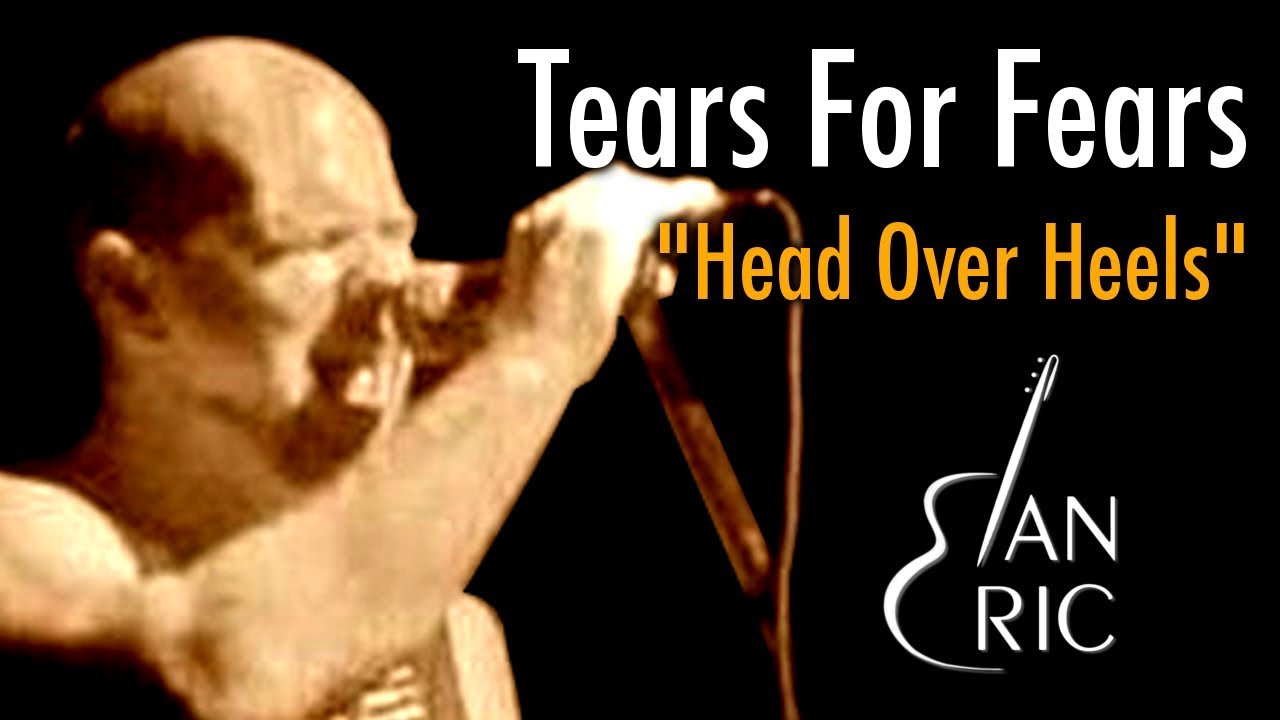 Tears For Fears - "Head Over Heels" 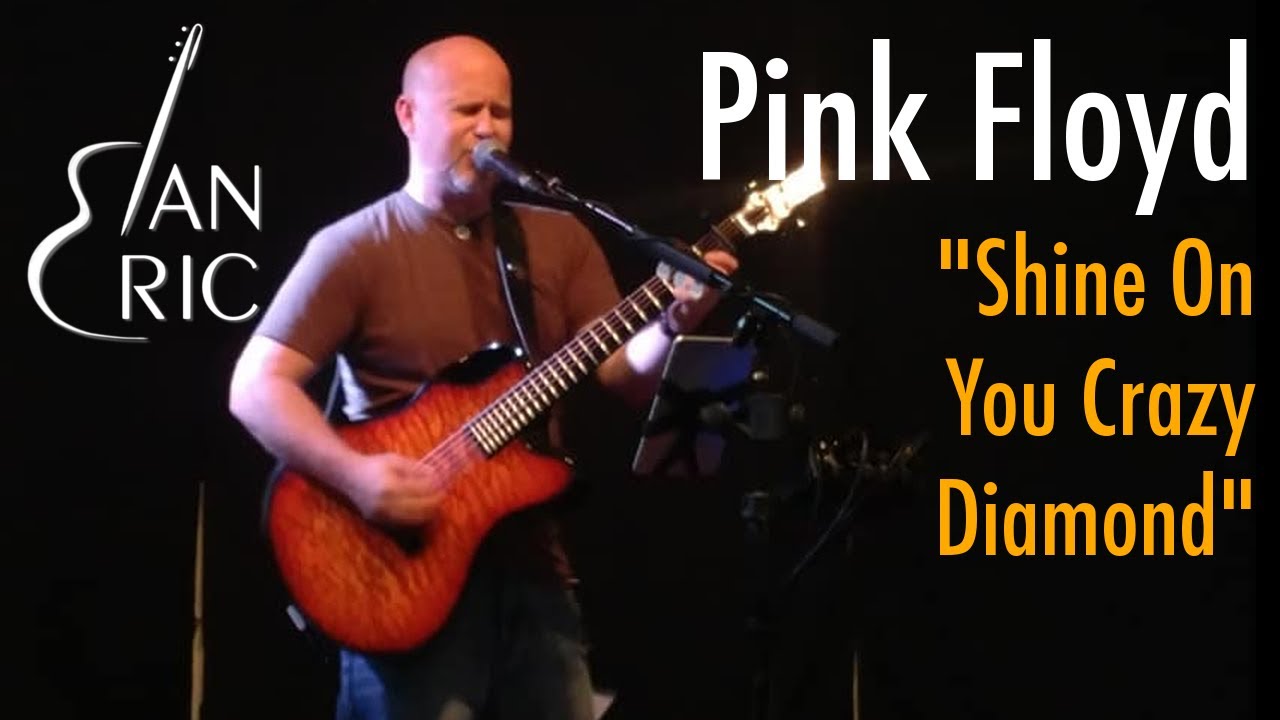 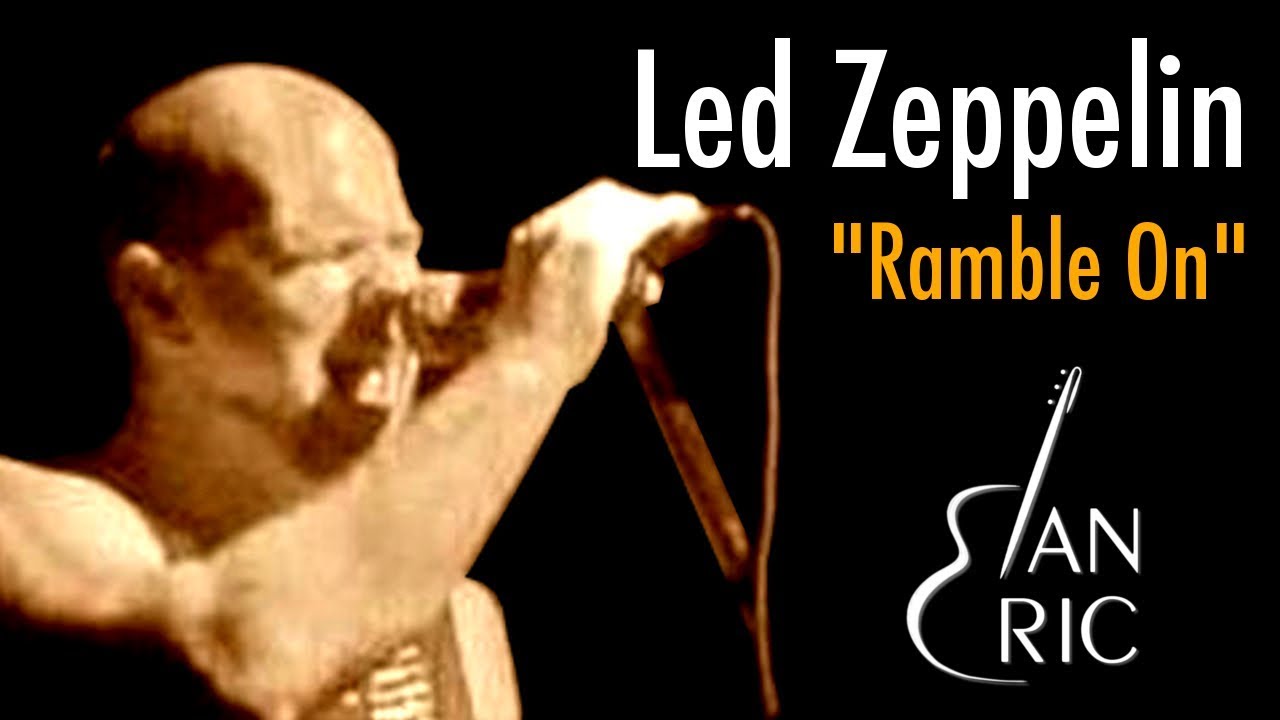 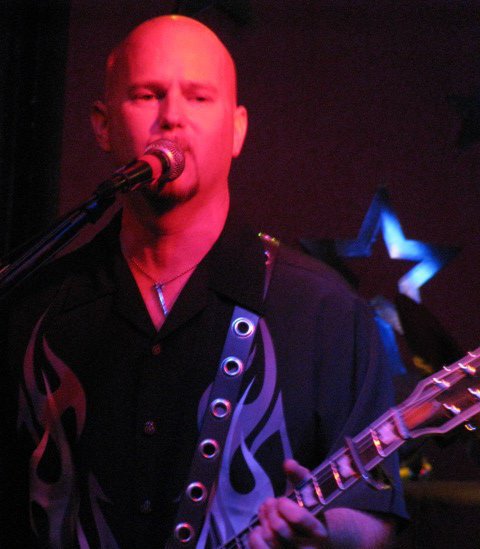 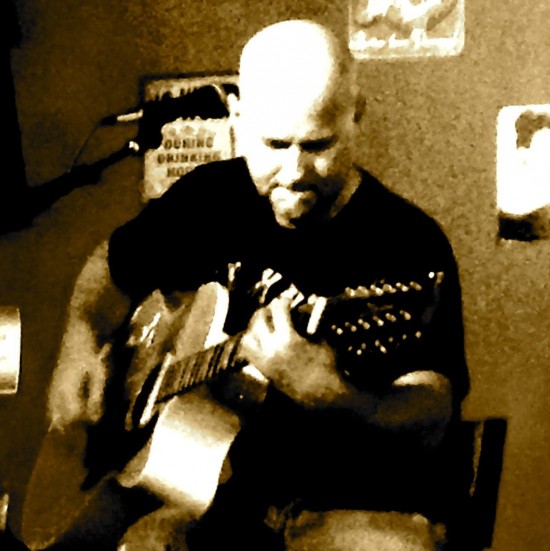 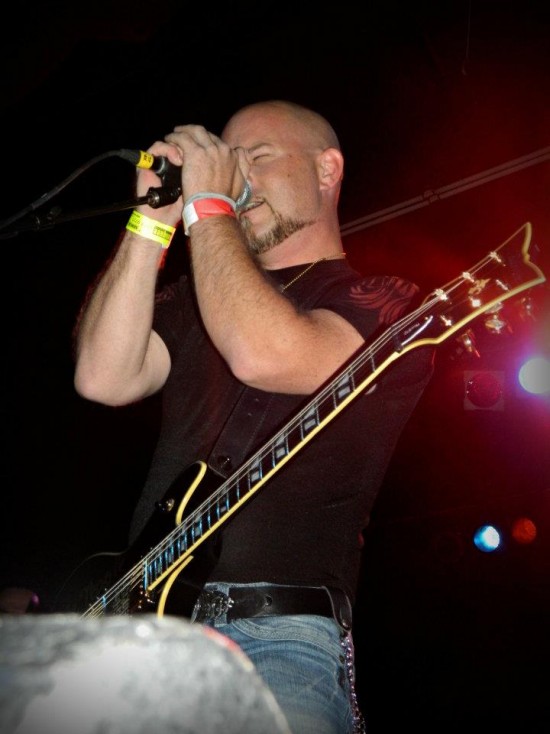 Performing with my band, Cobalt Fall, at the Marquee Theater

I provide acoustic entertainment for all types of events and venues. From bars & restaurants, to weddings, corporate events, or even a backyard bash. If you need live acoustic music, I've got you covered!

My focus leans toward rock & pop music, however I can and do cover most genres of music and can even prepare specific songs for your event if needed. I can also act as host and emcee for events that have announcements, raffles, etc.

When required, I can stay very laid back and 'in the background', or I can put forth an energetic and attention-grabbing show. It's all up to what my client wants or needs.

Ian played at our event earlier today (5/13/17). He ROCKED! He played all of our favorite "Boat Songs" from Journey, Styx, Fuel, Candlebox, Queensryche and many more. He even took requests from the crowd and didn't disappoint. His sound is BIG and is a looping expert. You'd swear you're listening to a 5-piece band. Great Job Brother! You set the bar for our future parties!
Till next time... Rock On!
Robert

Thanks so much for the booking and for the very kind words, Robert! I had a great time playing for you guys. Til next time indeed - call me anytime!

Ian played for our daughters high school graduation party and we were very pleased. He showed up early to setup so there was no stress on our part and he was very professional. His song selection was perfect and he even selected some songs based on the fact that our daughter was going off to college in California. Ian sounded great and throughout the night, party guests were approaching me and complementing our selection in singers and asking where we found him. Have no reservations of booking Ian for your event. Book him before someone else does.

Thanks so much for the glowing review, Jim - it was my absolute pleasure to be at your party!

Outstanding! Wow! I booked Ian for our private party and he made the party. What an incredible performer. All the guests wanted to know how I found him. Everyone loved him. We will book again soon. We are actually going to see him perform tonight in Gilbert at La Ristra. Thanks Ian!

Thank you so much Debra! I had an absolute blast at your party and only wish I could have stayed longer. Hope to see you guys again soon!

Perfect for a 40th birthday party with people of all ages.

I booked Ian as a surprise for my wife's 40th birthday party and he was amazing. He is a great musician and all our guests loved him. The adults and kids enjoyed him very much and he made the party a huge hit!

Thanks so much for the great review ... I had a fantastic time performing for you guys!

I can provide anything from simple background music up to one of the most energetic acoustic solo performances you'll ever see.

I enjoy surprising audiences with songs they would not expect to hear from a solo acoustic performer. I will never use anything pre-recorded, but I record on-the-fly with a looping device, and create multi-layered songs on the spot. It's as entertaining for me as it is for those watching and listening!

I have a full suite of pro-level equipment, and require nothing more than a single power outlet to play a show. Got a really large event? No problem. Want some low-key, low-volume background music? I've got you covered. I have different sound rigs for nearly any performance, and from a small coffee house to a large outdoor party, I'll provide the proper size gear to get the job done without overpowering your guests or patrons.

I've been playing acoustic shows for over 20 years, and you can expect that I will be on-time and professional.

I have performed in various bands since the late 1980’s, and as a solo acoustic entertainer since about 1994.

A native of Long Island, NY, I moved to the Phoenix, AZ area in late 2004 and quickly began performing in local pubs and restaurants.

Since the beginning of my career, I have been known for performing songs that one would not expect to hear from a solo acoustic performer. While I do perform some “staple” songs typical to a solo acoustic show, my sets are chock full of unexpected choices that make audiences take notice. That’s a big part of my inspiration when I perform. On any given evening, there may be scores of performers playing the same typical solo-acoustic-guy stuff. I like to step out of that box as much as possible. The challenge is to choose songs that are very unexpected, yet can be arranged and performed successfully as a one-man act, and I absolutely relish the opportunity to bring something new and unique to a set.

The addition of “loop” performance – a technique in which the live guitar and/or vocal is recorded as it is performed, and then played back, and additional layers or “tracks” recorded over the original – has added a whole new dimension to my live shows. Often songs develop seven, eight, or more “layers”, including percussion parts slapped on the guitar or “beat boxed” into the microphone, the use of multiple guitars on one song, multi-part vocal harmonies (no digital processing here!), and more. Some original and cover songs end up sounding like a full band on stage. Nothing is pre-recorded and no “backing tracks” are used. I record all layers live, and on-the-fly. It’s quite a treat for the eyes and ears!

With an ever-expanding list of songs and artists, I continue to entertain and, often, surprise audiences at every show.

For most gigs I use a Bose L1 speaker system, which has excellent sound without being overpowering. This setup still has plenty of power for crowds of up to about 500 people, and is more than enough for most of my work. I can also provide much larger and more powerful systems if needed, or work with your sound engineer to coordinate the best setup for any event.

I also have a compact stage light to add that extra sparkle when needed.

Even with all of this great equipment, I keep things compact and easily transported. All I need is a small corner and an available power outlet, and about 15 minutes to get fully set up and ready to perform.

Large focus on rock and classic rock music, including Foo Fighters, Pink Floyd, Led Zeppelin, Pearl Jam, Alice In Chains, among many many others. My repertoire is closely approaching 350 songs and growing all the time. Special requests can absolutely accommodated! If you have a song you want played, I'll learn it and play it for you!

I'm influenced by nearly everything I hear. From Mozart to Metallica!

One Electrical Outlet (except for very large venues)

In the unlikely event of inclement weather, I will require an indoor performance, or stable and dry outdoor cover. Sorry, I simply can't play in the rain!