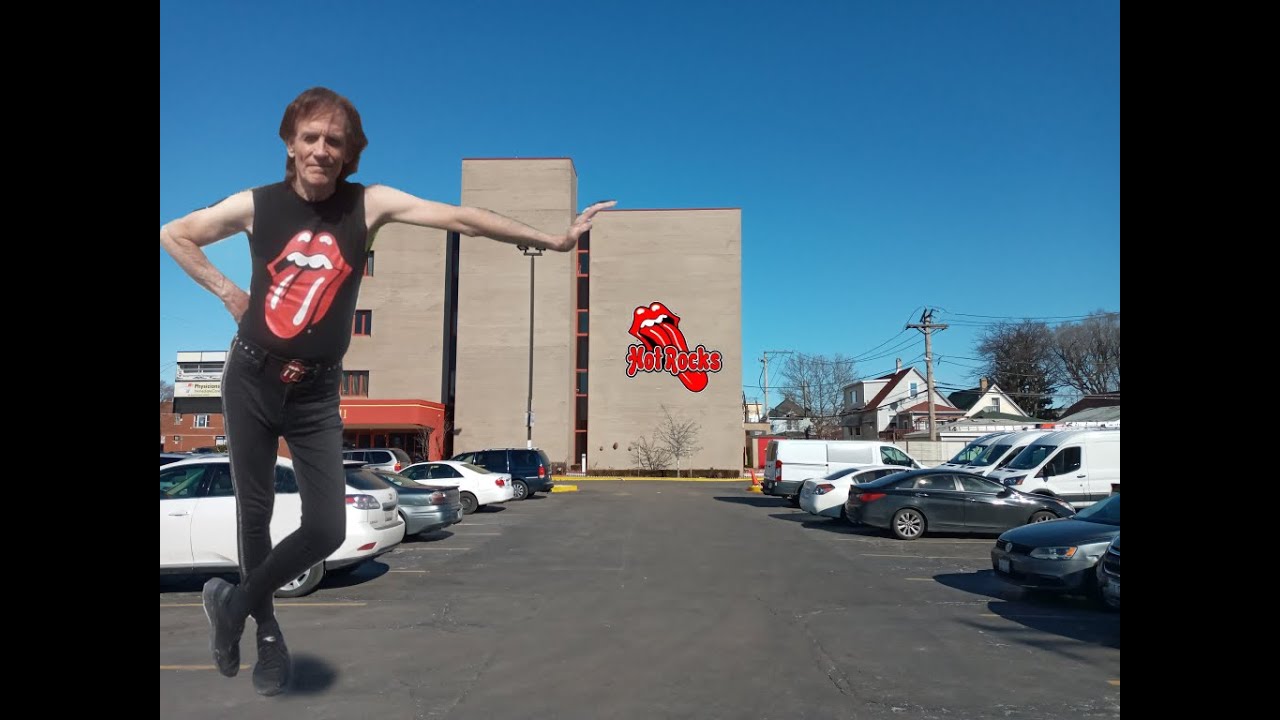 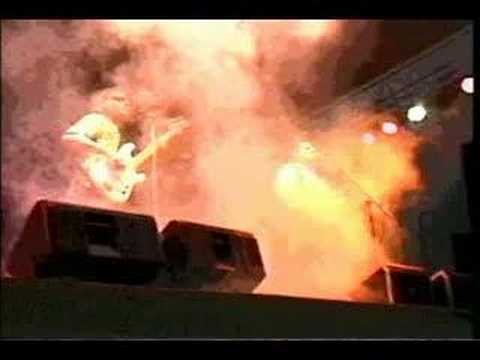 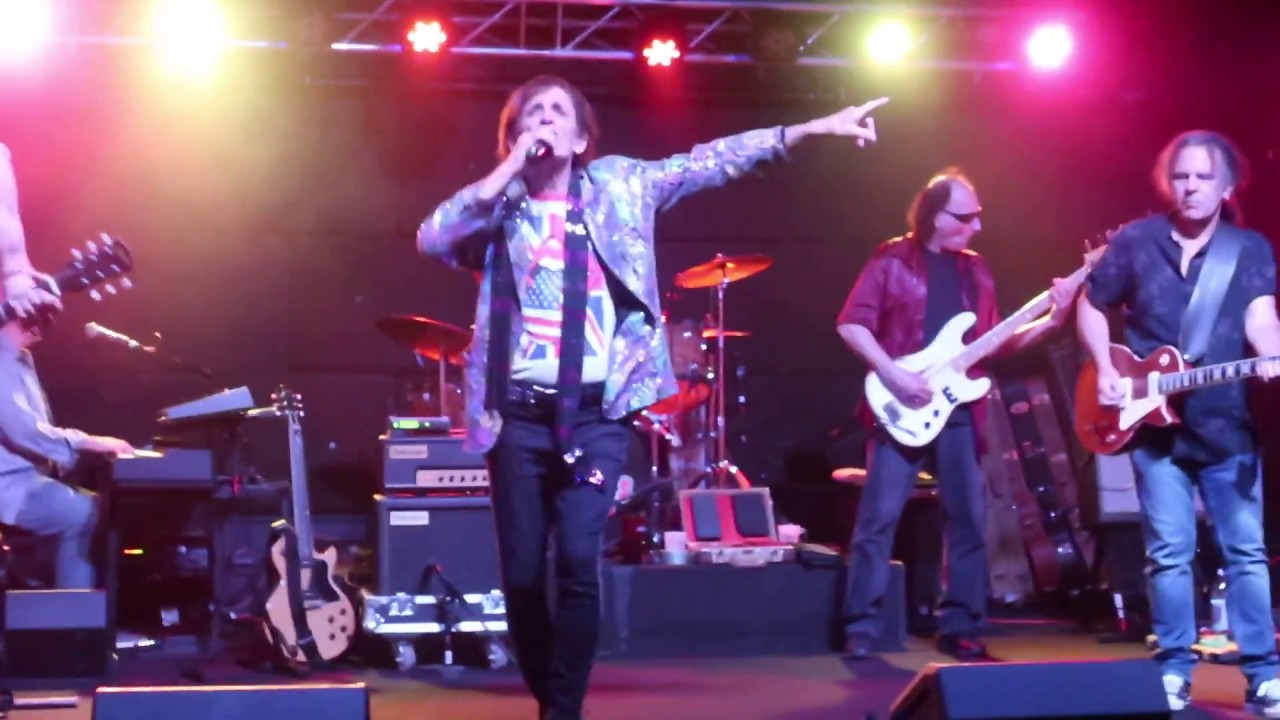 Link to a variety of Hot Rocks videos on YouTube 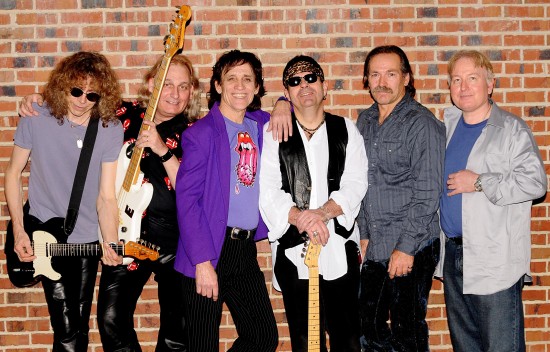 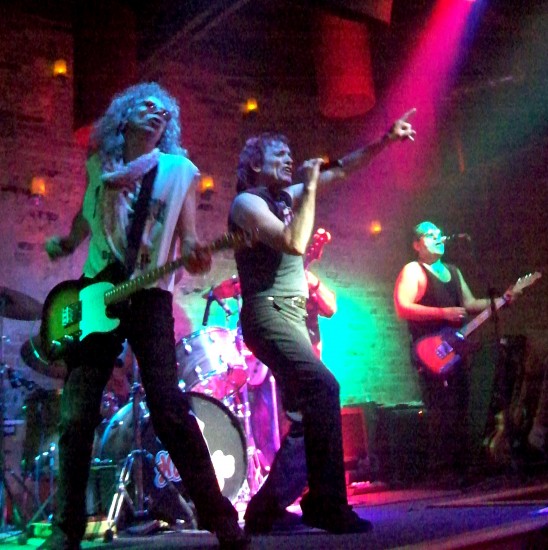 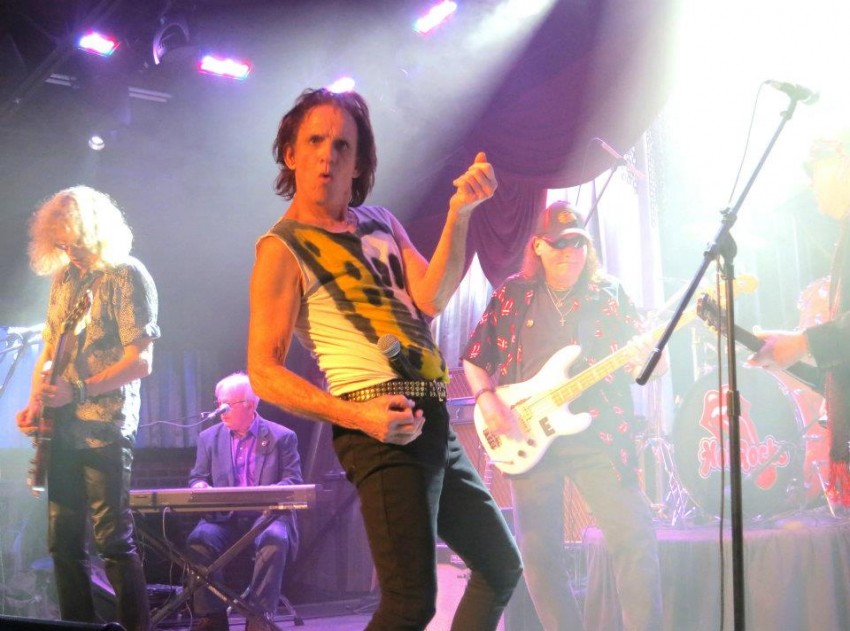 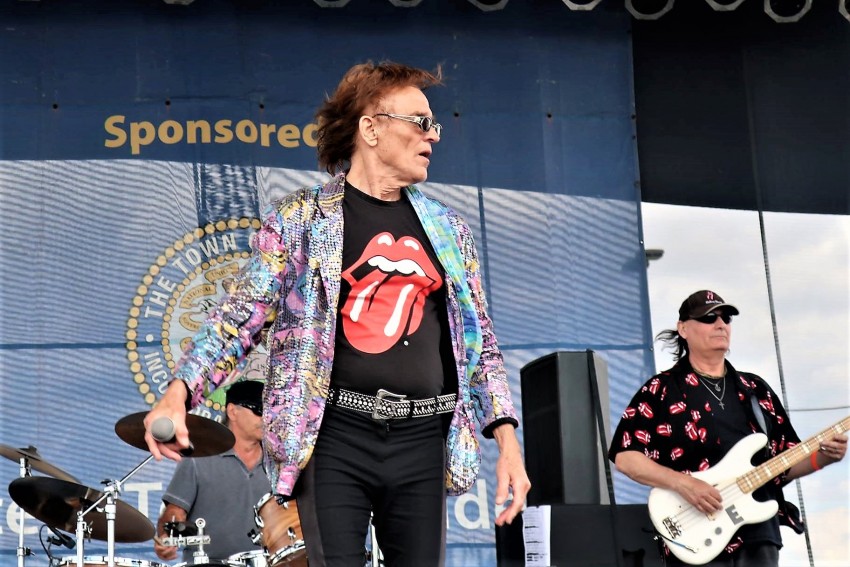 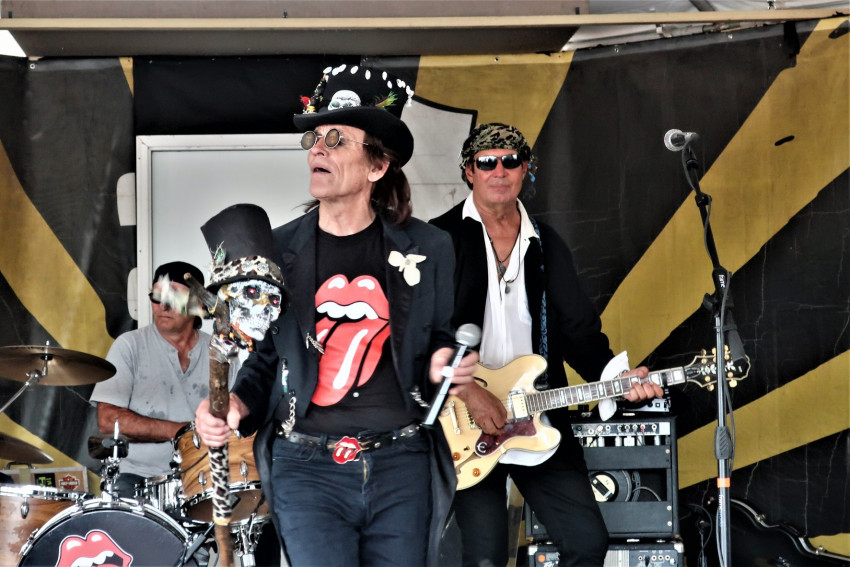 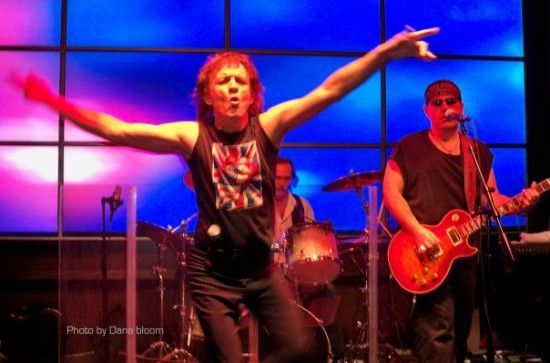 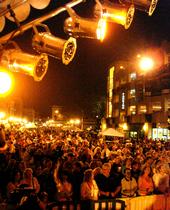 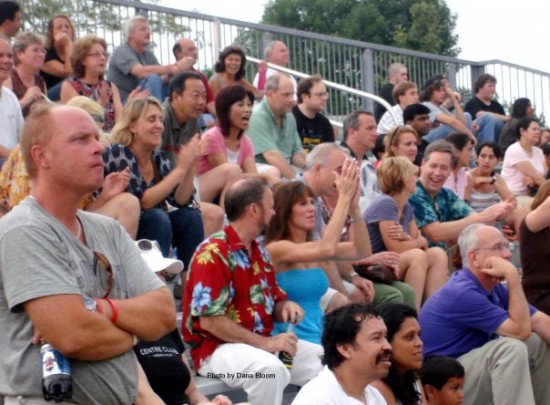 Hot Rocks fans in the grandstand 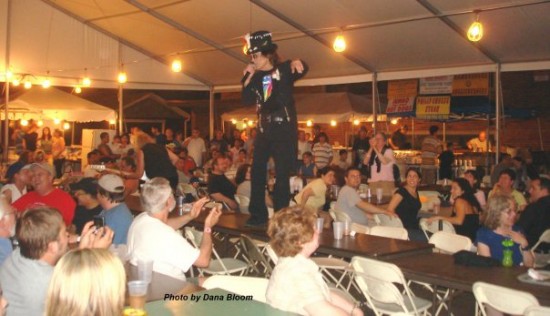 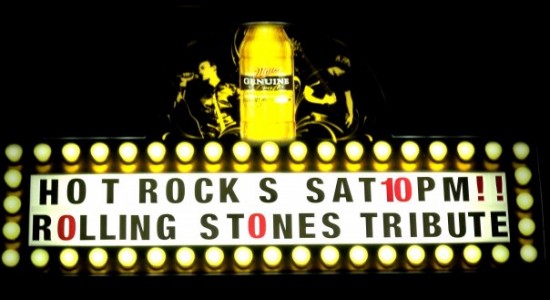 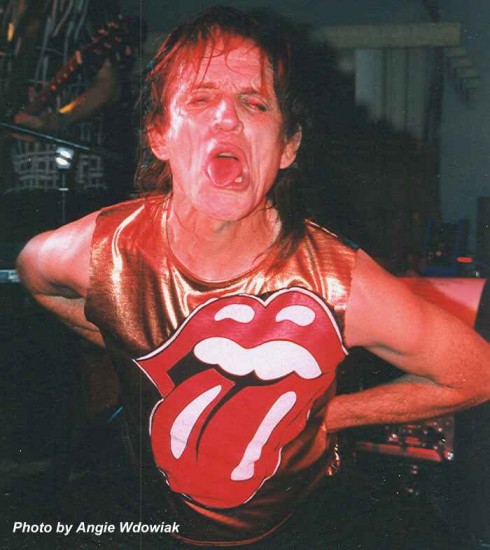 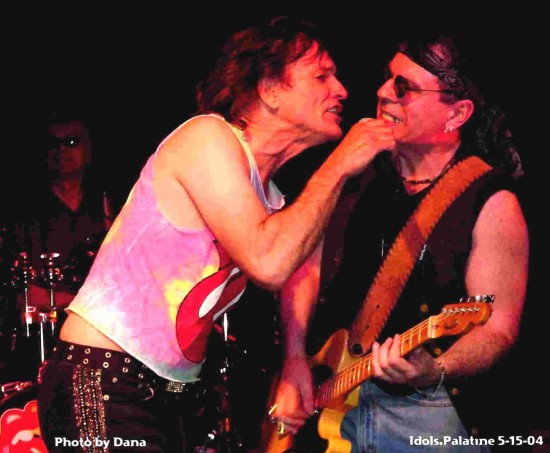 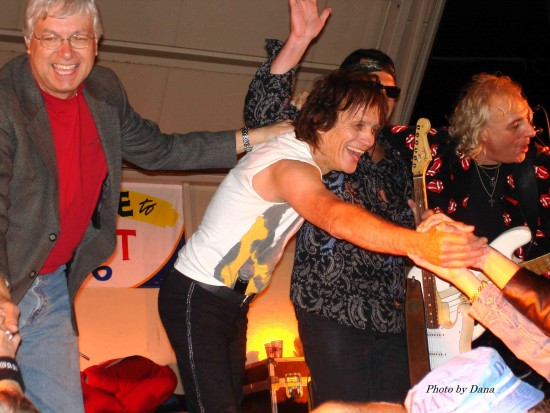 Hot Rocks with fans at end of show 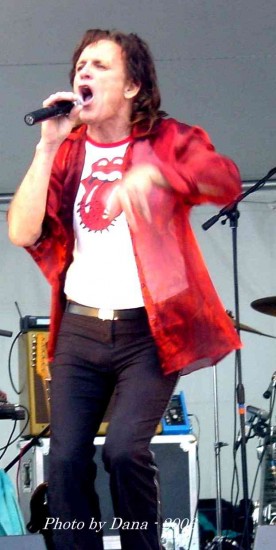 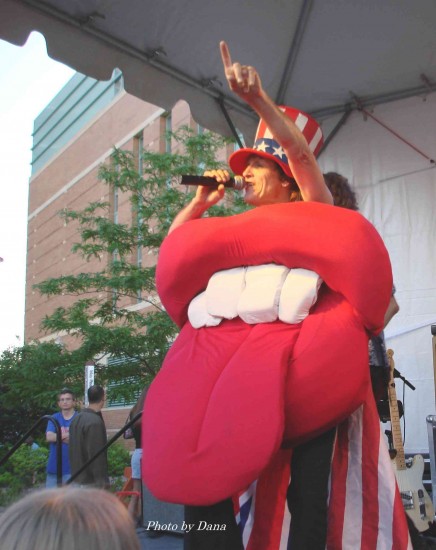 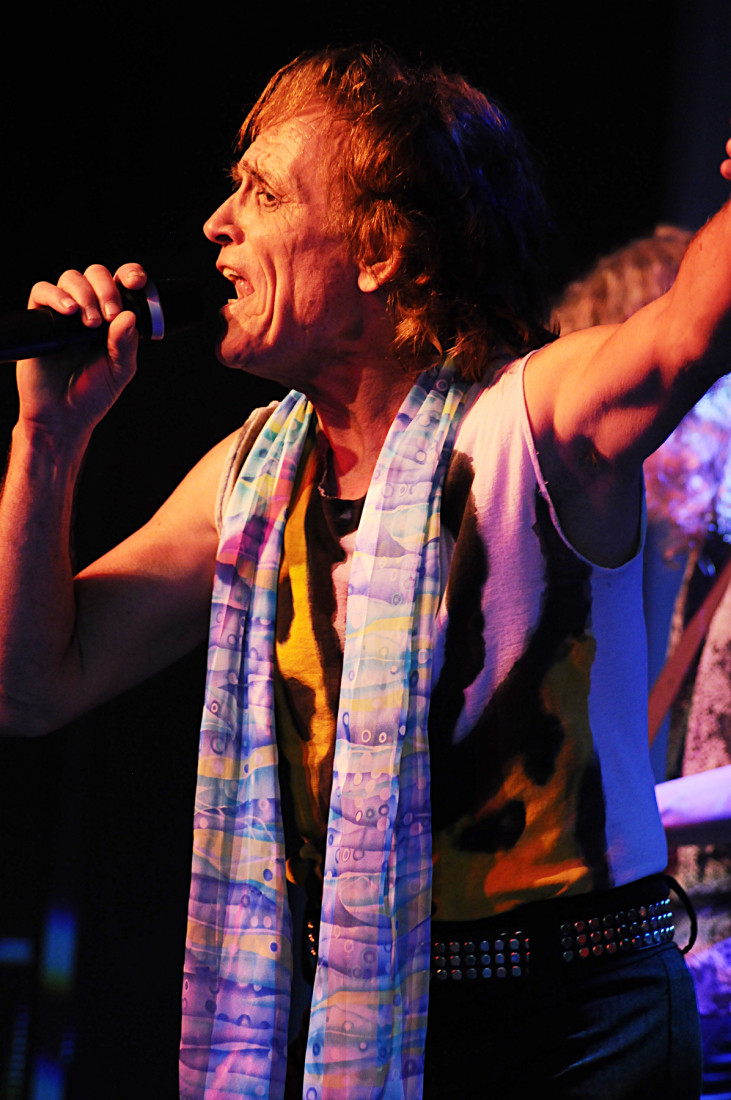 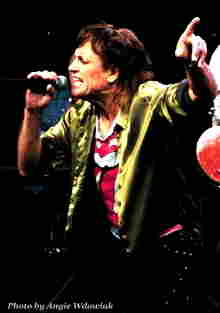 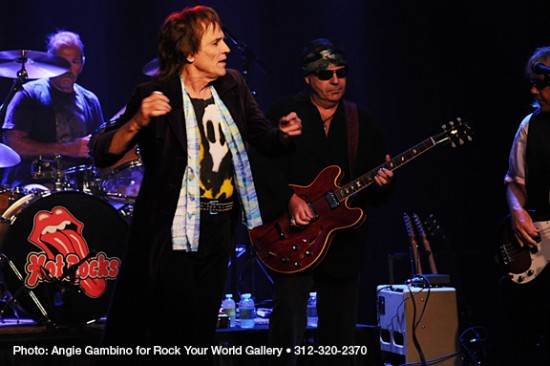 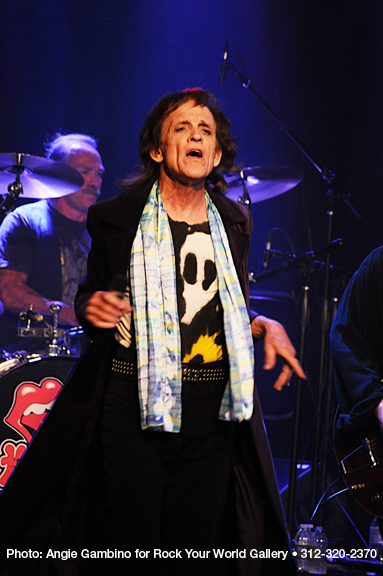 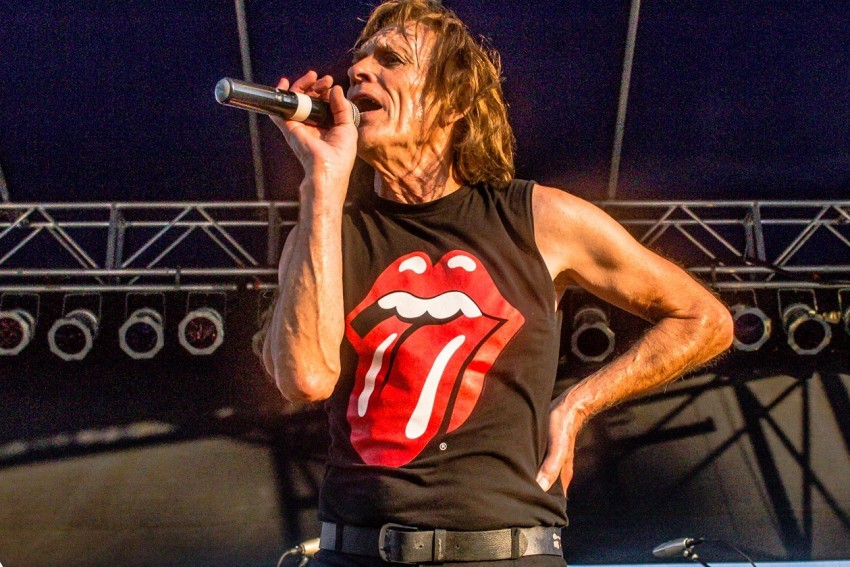 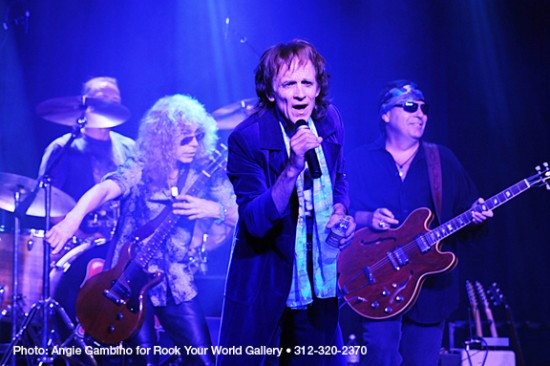 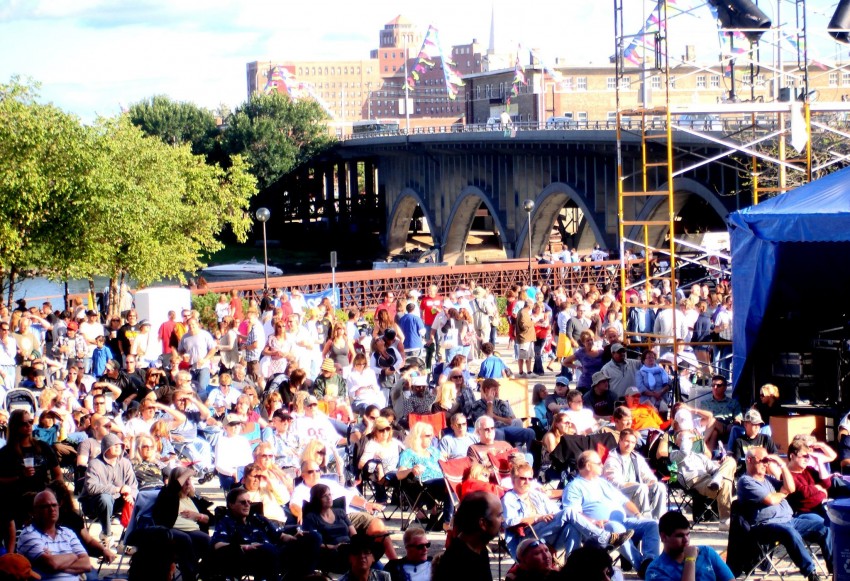 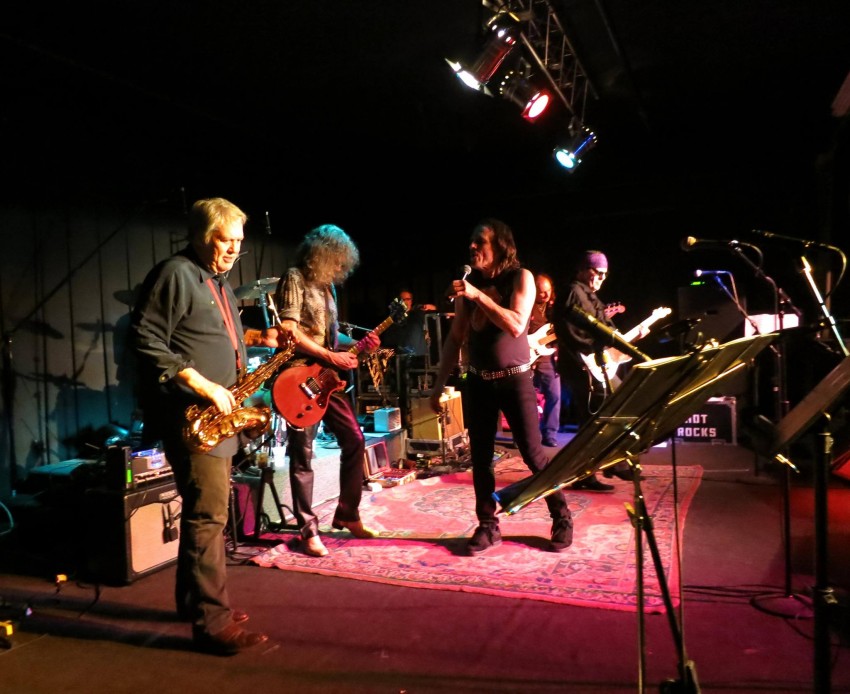 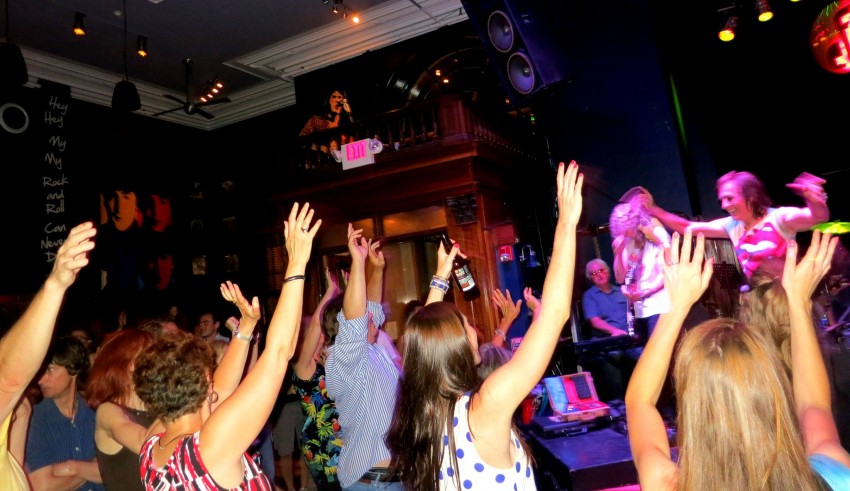 Hot Rocks at a club show 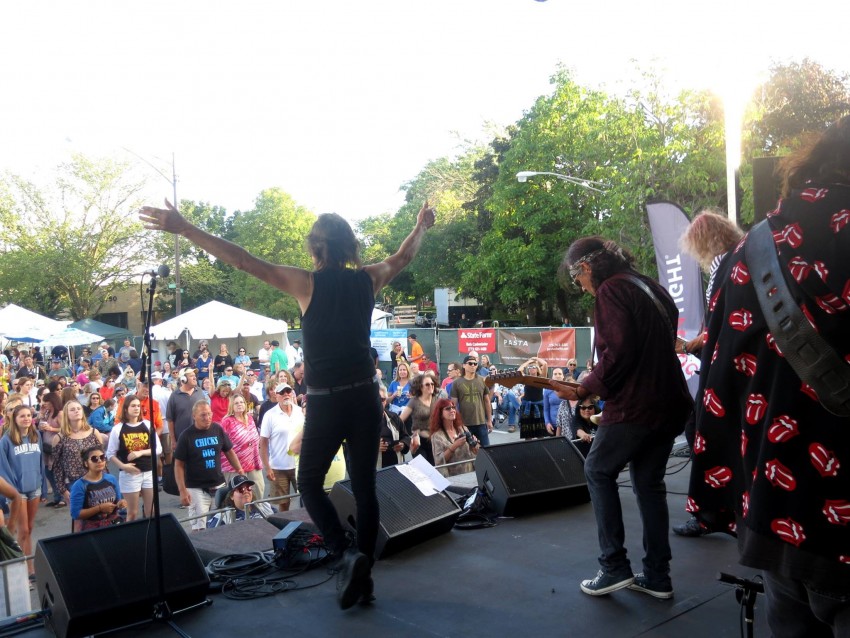 The band was great

Lest We Forget, in honor of the Korean War Veterans, was a wonderful all ages event, Korean War displays, reenactments, a 'Mash' performance, vendors, amphibious boat rides, helicopter rides and live music featuring Hot Rocks Rolling Stones Tribute. It was a sunny day in beautiful St. Joseph, MI, and, suddenly a dark cloud rolled in from Lake Michigan, it poured rain as the band was about to start, the event crew handled it well. After a few minutes of rain, the show went on. We thank you very much!

Hot Rocks presents a complete all ages theater-like Rolling Stones show, with the sound, the look, the and the energy. Audience participation is encouraged. Our musicians are wireless and free to roam through the audience when it is an event where this is possible. Performing since 1994, Hot Rocks recreates The Rolling Stones experience as close to The Stones as you can get. Performing for intimate audience of 100 to concerts of more than 10,000. Featured on TV, Radio and in the news, Hot Rocks is available for your next event. Contact us to get your date booked.

Hot Rocks is based in Chicago. Performing since 1994 at all types of public and private events, clubs, fests, parties of all types, weddings, corporate events throughout Chicago area and the USA - will travel. Each Hot Rocks musician brings their special talents to the stage entertaining audiences of all ages with Rolling Stones songs from the early 60's to current Stones songs. Bobby Keys, sax player for The Rolling Stones performed 2 shows with Hot Rocks before going on The Rolling Stones 50th Anniversary Tour. Hot Rocks was selected by The Rolling Stones, Paramount Pictures, & Martin Scorsese to perform for the media/VIP pre-screening of the 'Shine-A-Light IMAX movie Chicago premier after party at Navy Pier and to 'officially' represent the Midwest. Hot Rocks 'Mick' is said to be the best look-a-like and sound-a-like, as stated by James Phelge, author and former Rolling Stones roommate. It is common for people to say, I thought I was hearing 'The Rolling Stones' as I entered the club/venue/fest/party, etc. The band performs as 'close as you can get to the Stones' with the sound, the look, the costumes and the on-stage antics and energy. It's always a party with Hot Rocks. Contact us and see for yourself.

These are sample set lists - we arrange our sets to suit each event. You can request your favorite Stones tunes from our songlist - songlist sent upon request. We perform Stones songs from the 60's to current Stones songs.

The Rolling Stones and the many great musicians that came before them.

“Besides the great music, you have the best “Mick” lookalike and soundalike of any of the Stones tribute bands I’ve seen.”

I just wanted to thank you again for a wonderful event at Diversey Yacht Club. The Hot Rocks band brought in members that rarely attend club functions. The place was packed and the dance floor was rocking.

The band was incredible and the lead singer had Mick Jagger’s look and moves down pat. The crowd was thoroughly entertained not only by the music, but by the group’s performance. Everyone commented how great it was that the guitar players moved throughout the crowd and interacted with the audience. It truly was a multi-dimensional show.

'"Crazy Eddie" Bloom was shocked the first time someone told him he was a dead ringer for Mick Jagger, just after he'd finished singing a Rolling Stones tune at a birthday party. ... At a Hot Rocks show at the Windmill City Festival in Batavia, the crowd is in the thousands, but the beer garden is 30 yards from the stage and no one except half a dozen elementary school kids is dancing to "Let's Spend the Night Together." Bloom takes his mic all 30 yards, bringing along a giant red mouth that he stitched in the model of the Stones' logo, and starts licking people with it. Somehow, within 10 minutes, 100 people are pressed against the stage, dancing. ... '

– Steve Hendershot - Special to the Tribune

Rock 'n' role play
Live out your rock 'n' roll fantasy
So the "Mick" is a little too young. But with dead-on vocals, and elaborate costumes and staging, these masters of mimicry will fulfill your rock 'n' roll fantasies.
Hot Rocks
Why pay up to $2,000 a ticket to see the Rolling Stones live when you can see six local fanatics pretend to be Mick and company? No, it's not the Hives, it's Hot Rocks! Did we mention that there are costume changes?
Credibility factor: Performed before a White Sox game at Comiskey Park a week before the Stones show in September.

'Bummed because you missed The Rolling Stones at Soldier Field a few weeks ago? If you can't wait until they come back in January, the band Hot Rocks has you well, covered. ..... '

Hot Rocks
Eddie Bloom struts like a rooster in true Mick Jagger fashion when the band he founded in the early 1990s rolls out the Stones' hits "Satisfaction," "Start Me Up," "It's Only Rock 'N' Roll," "Little Red Rooster" and dozens of others.
Rocking alongside the harp-blowing Bloom is guitarist Chris Minardi as "Keith Richards," guitarist Bobby Koll as "Brian Jones/Ronnie Wood," bassist Carmie Zac as "Bill Wyman" and drummer Joe Wejman as "Charlie Watts." Hot Rocks is regarded by many as Chicagoland's top "rolling clones," because members strive to give fans a "total experience." Their live show has even earned the praise of former Beatles/Stones concert promoter Sam Leach. FYI: hotrocksband.com

'I was pretty impressed with Hot Rocks, I hope to catch them again sometime soon.'
'I was tempted to jet after Hot Rocks performance because of how crowded it got ...'

On behalf of the City of Chicago and The Mayor's Office of Special Events, I would like to thank you for performing at The Illinois Lottery Taste Stage at the 29th Annual Taste of Chicago. Your stellar performance was truly a highlight that made this year's event better than ever.
This year's event was a huge success bringing approximately 3.35 million people to Grant Park and the wonderful City of Chicago to enjoy a plethora of music and food. Again, I am thankful you could be part of it.

To Whom it may concern: For the past two years we have hired the "Hot Rocks Band " as our entertainment at the Institute of Real Estate Managements annual Premier Awards (400 attendees). They were "awesome". Their tribute to the rolling stones as a look alike band was excellent and the energy and professionalism they displayed was of the highest level. The music was flawless. The first year the event was held at the "Hard Rock Cafe" and the second year at the "Sheraton," and in both situations they adjusted their playing time to suit our needs. In short we had no "snafu's" and I would highly recommend them .

Chicagogigs.com Band Review – Hot Rocks Review excerpts for quotes page:
Hot Rocks
Live at Hog Head McDunna's
Saturday, Nov. 3rd 2001
By Mike O’Cull
Well, I am happy to report that Hot Rocks more than surpassed my expectations of the kind of show I was in for that evening. ….. Bloom has Jagger’s stage moves down cold and was, truthfully, a lot of fun to watch. …. He bears a strong facial resemblance but is also just as manic a performer as his English counterpart. ……the tunes were well played and energetic.
Hot Rocks is definitely the best band of its type that I have seen. Their Stones thing is down pat. Crazy Eddie and his mates, even though a tribute show, play real rock music. It’s English blues with a ragged edge and a swagger. Although I arrived at the venue with mixed emotions, I left glad that I was there. Hey, I know it’s only rock and roll….but I like it.