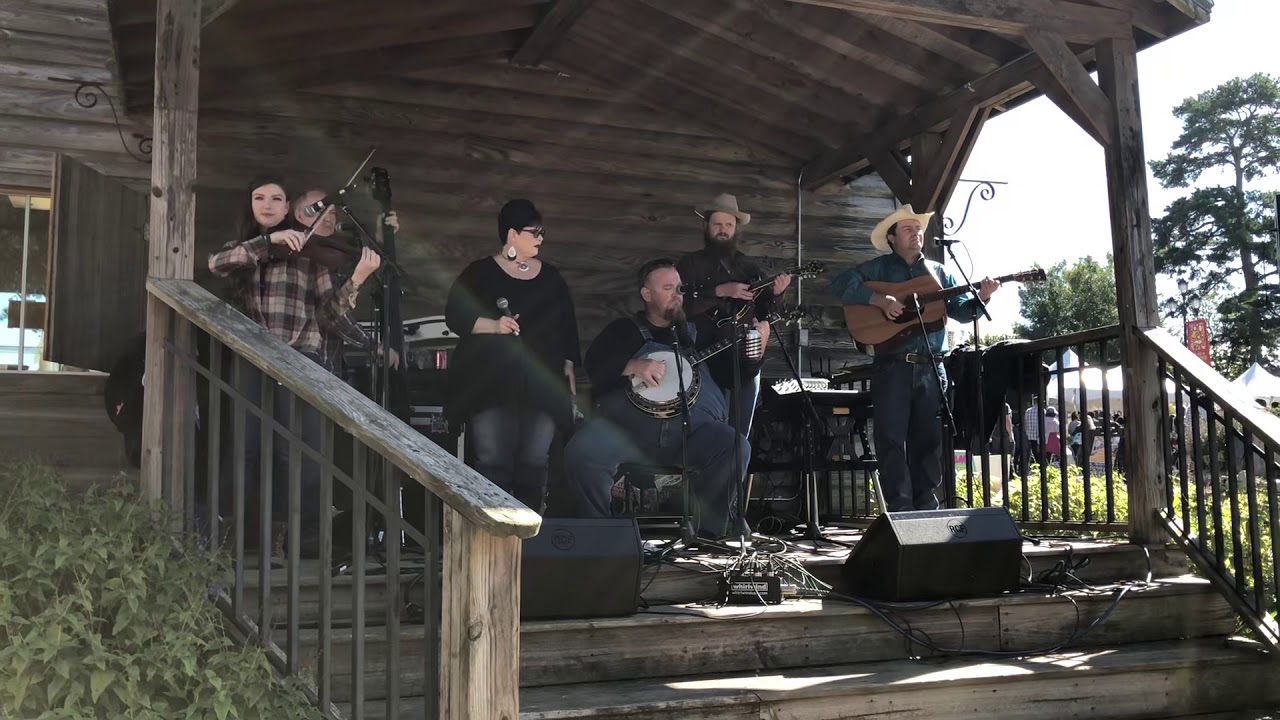 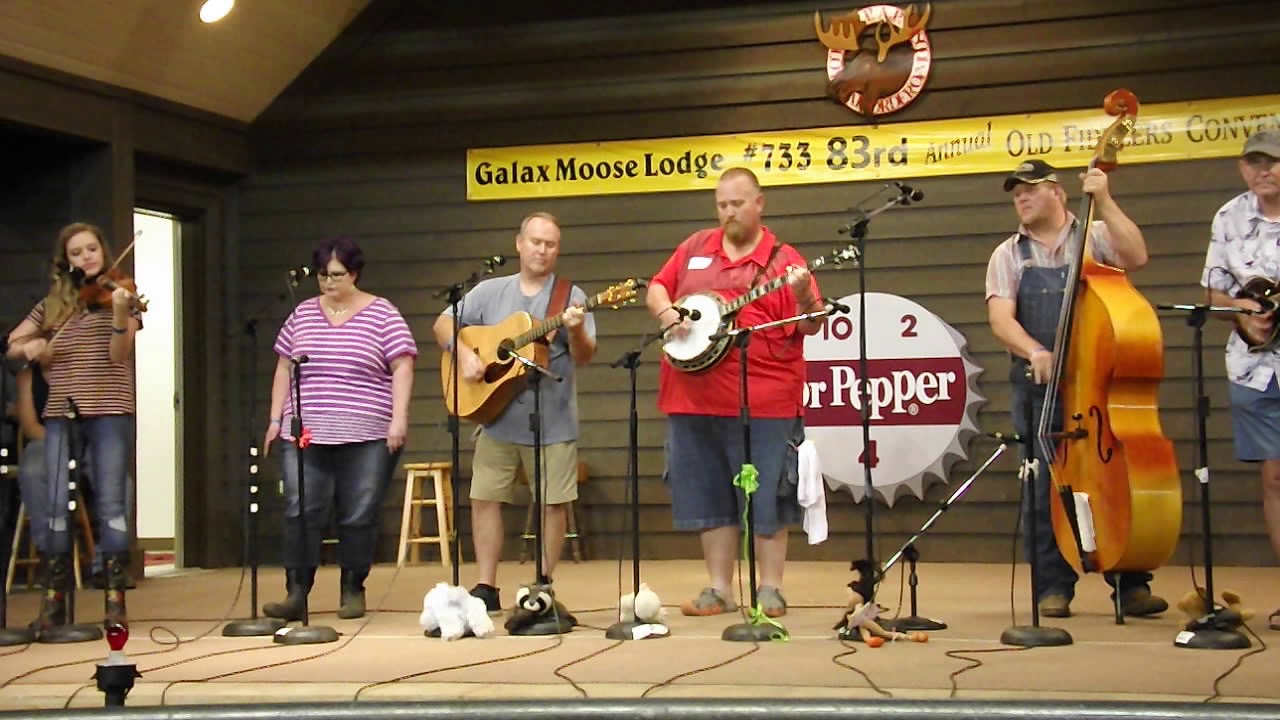 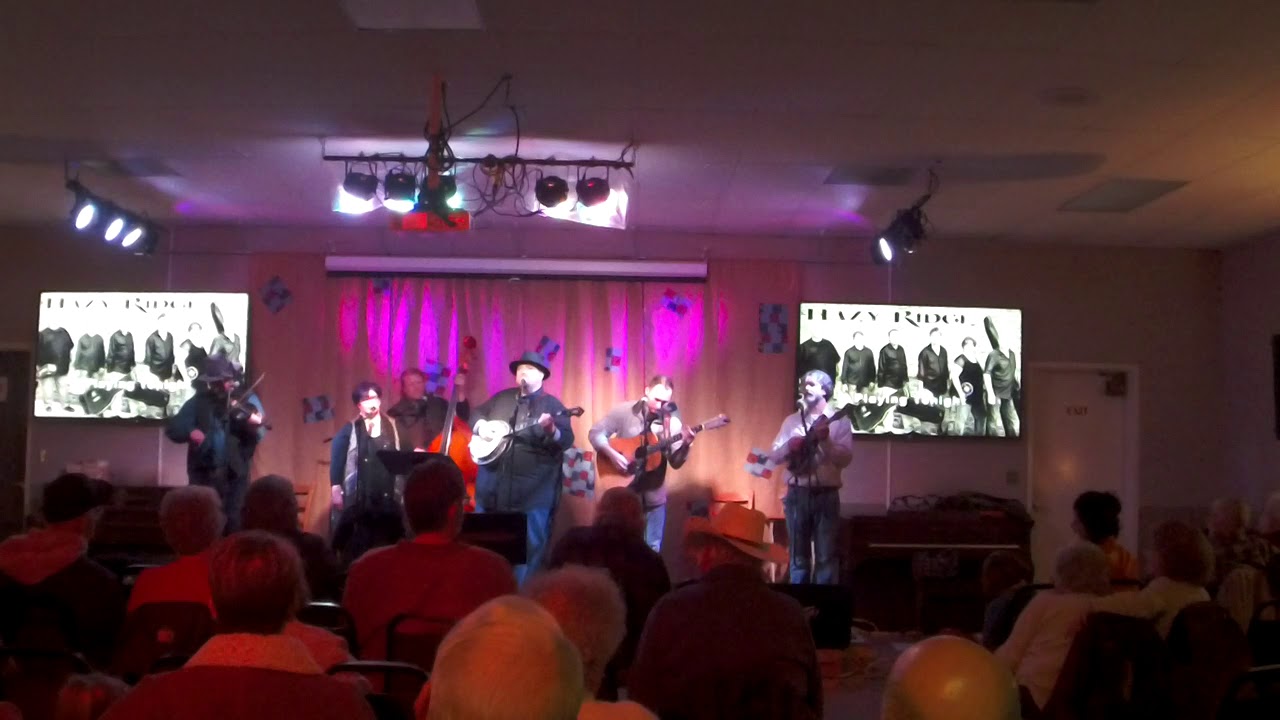 Walk Softly on the Heart of Mine 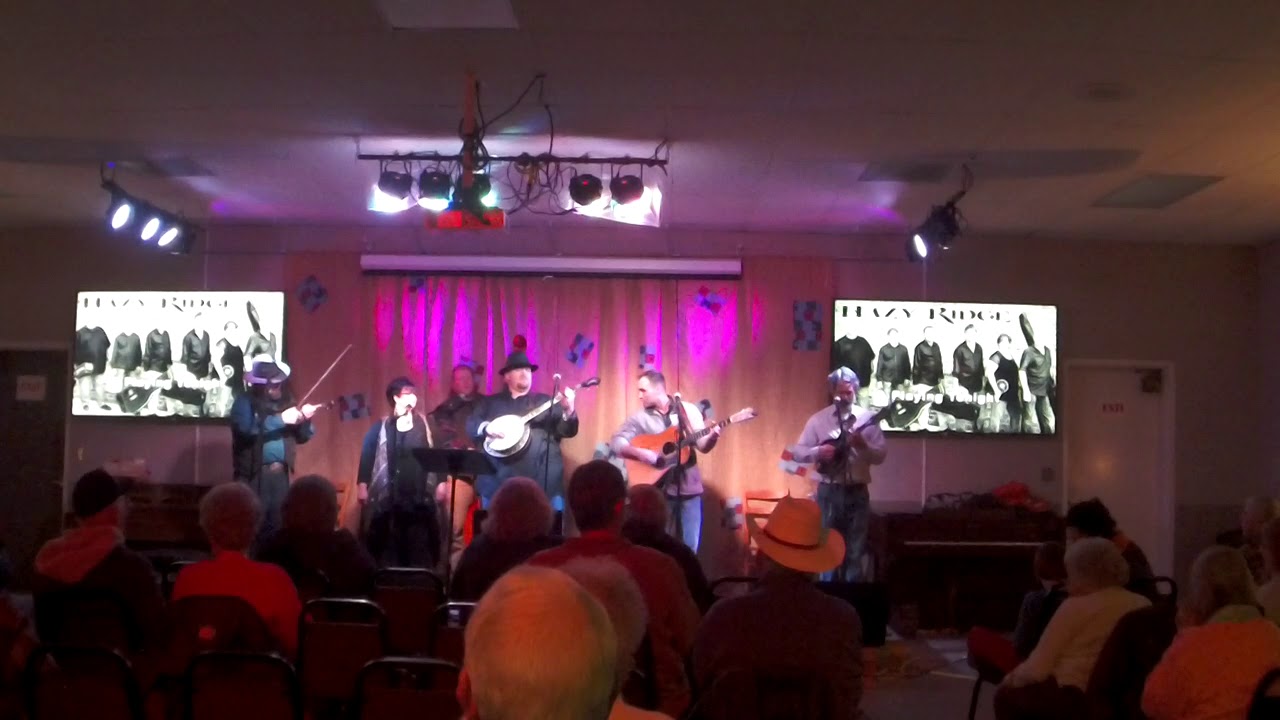 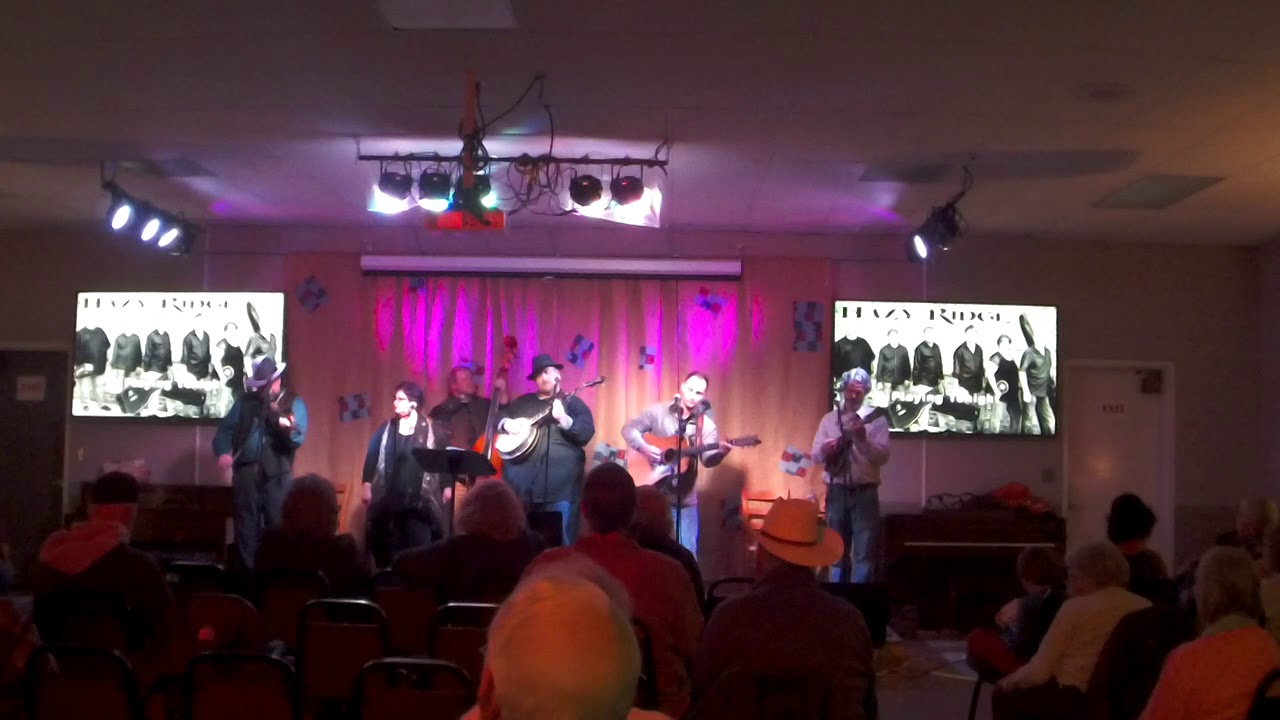 I'm Waiting to Hear You Call Me Darling 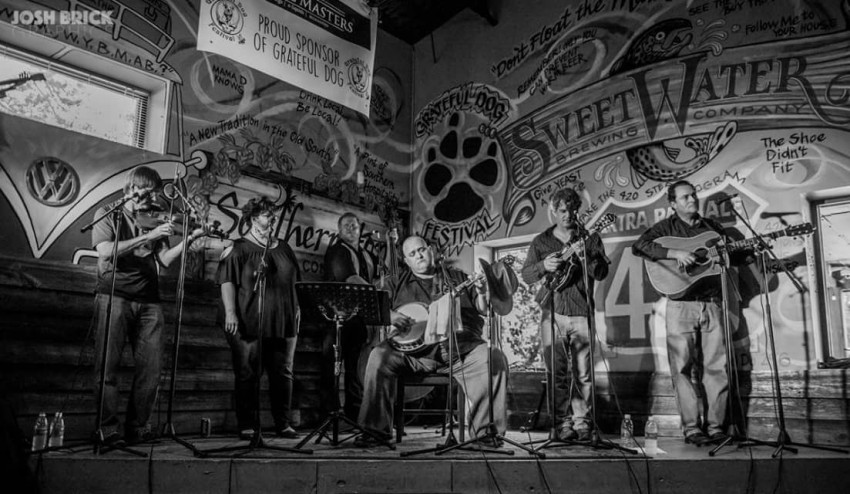 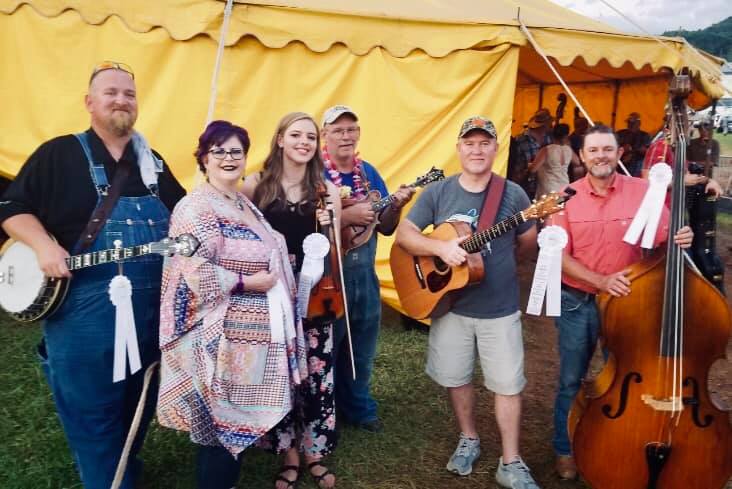 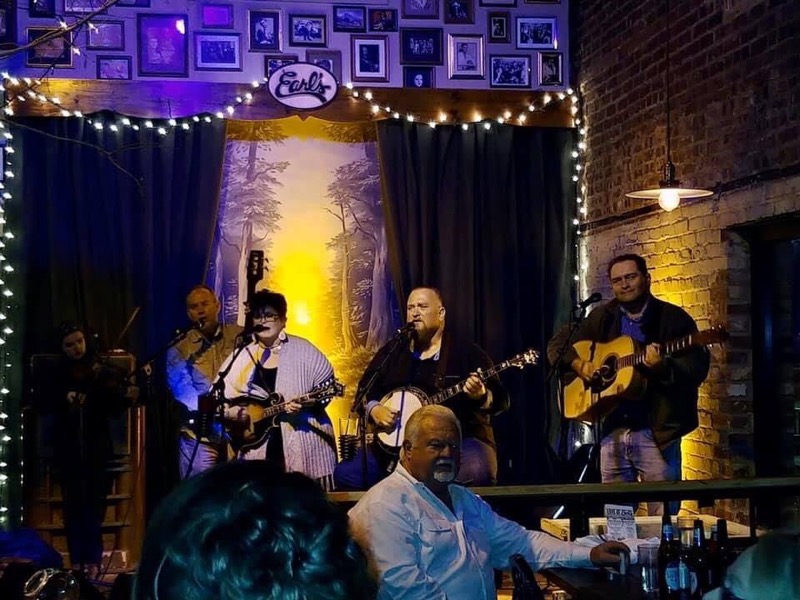 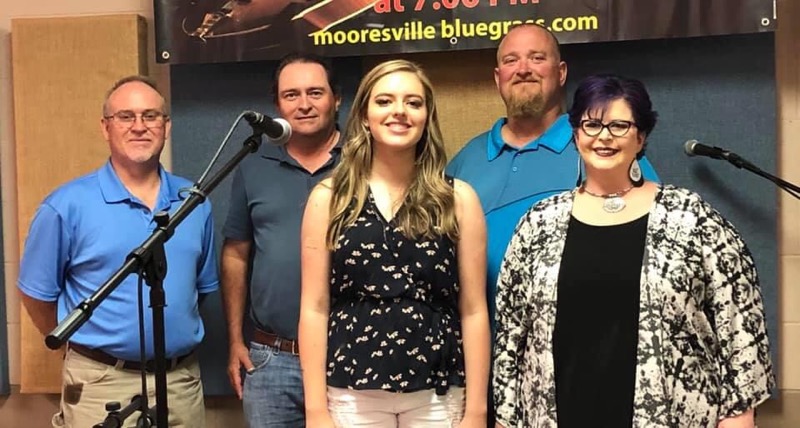 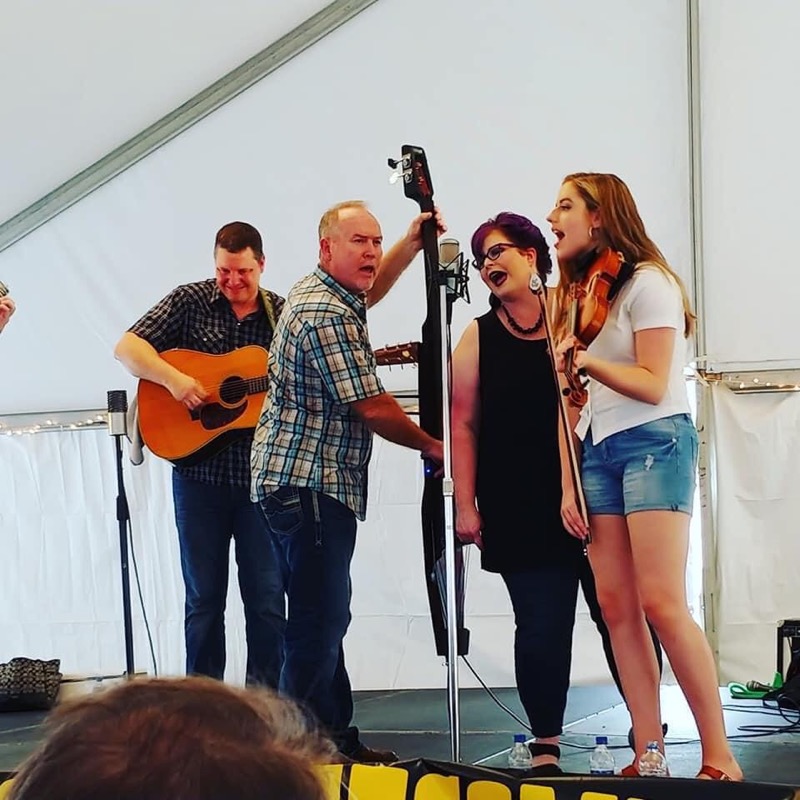 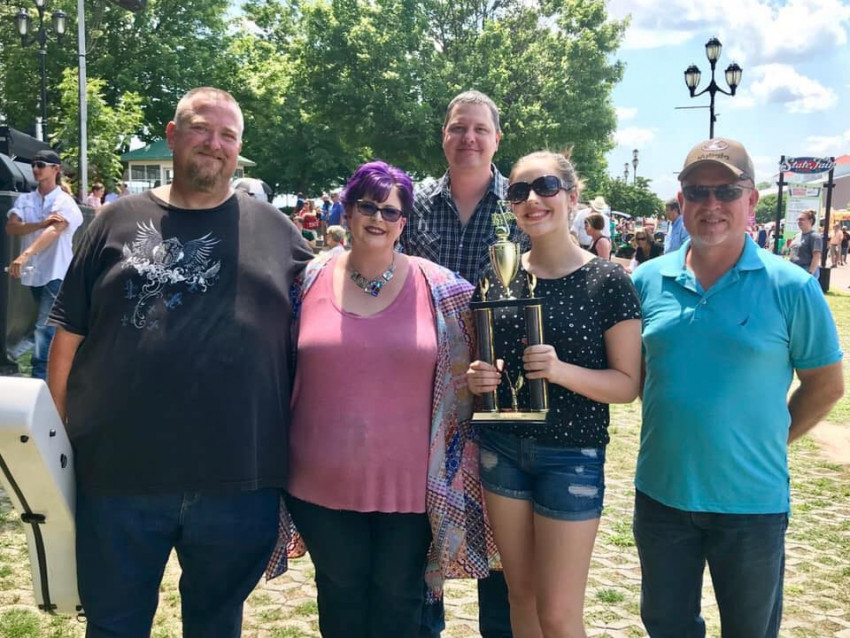 Hazy Ridge Bluegrass Band plays Traditional bluegrass and Classic Country Music. We play a variety of music enjoyed by young and old. What makes us unique, is that we dont have a front man or woman. Instead our entire band is strong vocally and get the spotlight during our shows. Music is our lives!

We thoroughly enjoyed the music!!!

Thank you so much! We had such a great time!

We thoroughly enjoyed the music!!! These are such nice people:)

This group was fabulous. They made our church feel like home.

Hired Them and Made New Friends

We hired Dawn, Vince and their crew for a summer Party at our house at the lake. Had a large crowd and everyone had a blast. Great music and they played all night. We’ve now been to see them other places and they have been back to our house to other party’s and we consider them good friends. They have been adopted by our whole lake crowd.

Thank you so much Mark! We are so thankful you booked us for your lake party and more thankful for your friendship!

This group went above & beyond to deliver in their promise! Highly recommend 🎶

Thank you so much Kristi! We sure appreciate the review. We had such a great time. Hope we can help you again sometime!

This band came out and played at my family reunion last night. They were wonderful and played all of the songs we requested. They were very professional and friendly. We would recommend them for any event and plan to request them at our next reunion.

Hazy Ridge Bluegrass Band offers a Traditional Bluegrass, Classic country and Bluegrass Gospel music. We can provide entertainment for your receptions, parties, celebrations, festivals and church services. We love to share our musical talents with audiences of all ages.

Hazy Ridge Bluegrass Band is a local bluegrass band from Clemmons, NC that was established in 2014. They are crowd favorites wherever they play, delivering their own heartfelt style of Bluegrass music. They also perform original material, Bluegrass Gospel and Classic Country with Bluegrass flair. Members, Vince Myers, Dawn Myers, Reagan Hudson, John Erwin, Bryan Bogenberger and George Cutchins were all born and raised in NC, and though they do not all share the same hometown, they all share a love of Bluegrass music and love sharing it with their audiences! Everyone in the band loves music and any opportunity they get to play and sing. They play at local restaurants, dance halls, festivals, fiddler’s conventions, parties and Churches.
Vince Myers grew up in his dad’s guitar case, figuratively speaking. He has had a love of music from as far back as he can recall. Growing up, his dad, Roger Myers, played in a few bands and Vince went with him everywhere he played. Vince took up the banjo when he was 18 and has played in several bands over the years, including Tommy Drifter and the Lost Travelers and County Line Daredevils. He has always wanted a band of his own, so February 2014, he and his wife, Dawn Myers began Hazy Ridge Bluegrass Band, where he plays the banjo and helps out on vocals. He and Dawn started looking for others to join the band and the road has been a little rocky, they didn’t give up and they have been playing ever since. Vince says he is looking forward to what is in store for the band in the future.

Dawn Myers has lived all her life in Clemmons, North Carolina on her Grandfather’s old home place. Dawn developed her love of music, sitting in her mother’s lap. She would sit and listen to her Mother and Aunt singing together and making that beautiful family harmony. At age 13, Dawn began singing in church with her Mom and has sung in the choir and other church groups for over 28 years. Dawn mostly sang Southern Gospel music, but has always had a love for Country music. She liked Bluegrass music, but when she met Vince, she not only fell in love with him, she also fell in love with Bluegrass music too. She was given the chance to sing with the Howell Osborne Band and sang with them for six months. Then she and her husband Vince decided to form Hazy Ridge Bluegrass Band. They have been singing together ever since. You will hear Dawn helping out on vocals and harmonies in the band. She loves every opportunity to sing and is excited to see what the future holds for Hazy Ridge!!

Marissa Colter has been playing fiddle for Hazy Ridge for a couple of years. She is quite a talented young lady. Dawn and Vince have watched grow not only in stature but in talent, since she was 7 years old. She would come to a jam at Bojangles in Advance as a child and play fiddle . She has won several awards at Fiddlers Conventions over the past few years. One of her greatest awards was winning First place in the Youth Fiddler Competition at Galax Fiddlers Convention in 2017. Marissa also plays violin for the Winston Salem Youth Symphony! Hazy Ridge is always honored to have Marissa play with them and cannot wait to see what the future holds for this bright and talented young lady!!

Ryan Dunn is a Davie County native and an original member of Hazy Ridge. He came aboard in the very beginning and played with the band 2014- 2015. He then left for a short span and played with some other Bluegrass groups including Mountain Rain and traveled the country with the Kody Norris Show. After traveling for a year Ryan decided that the road life wasnt for him so he came back home. At the same time Hazy Ridge had lost their bass player and Ryan filled in for a few shows. He decided he would come back on board as a full time member of the band where he plays bass and sings, spotlighting that high lonesome tenor voice. Hazy Ridge is so glad and honored to have Ryan back!!!

Sometimes you might see a a different lineup at a Hazy ridge show. Duane Hicks, from Stokes County and Will Poe from Davie County both graciously fill in for the band when needed. Duane plays bass and guitar and helps on vocals and Will plays guitar and sings as well. They are both very talented musicians and always jump in when needed!

We can provide our own sound equipment and microphones for large or small events.