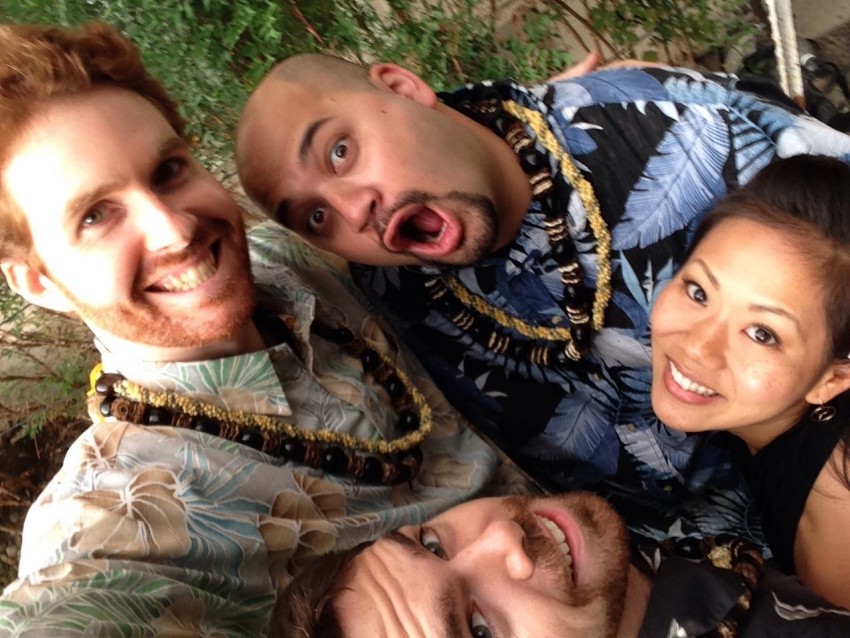 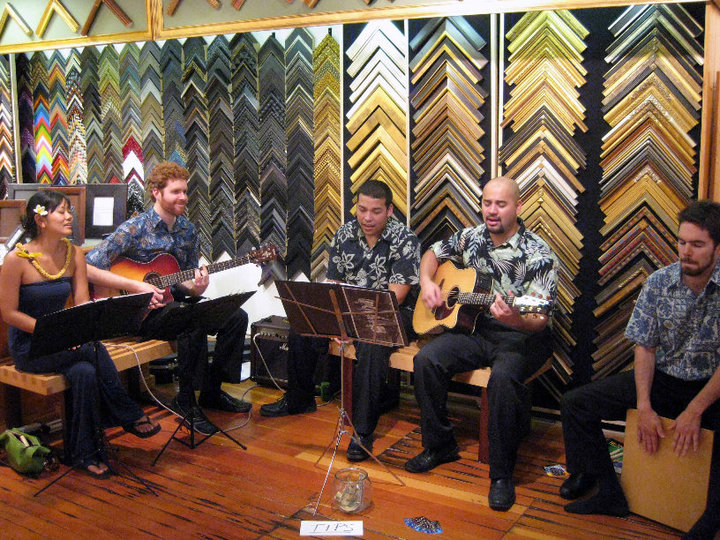 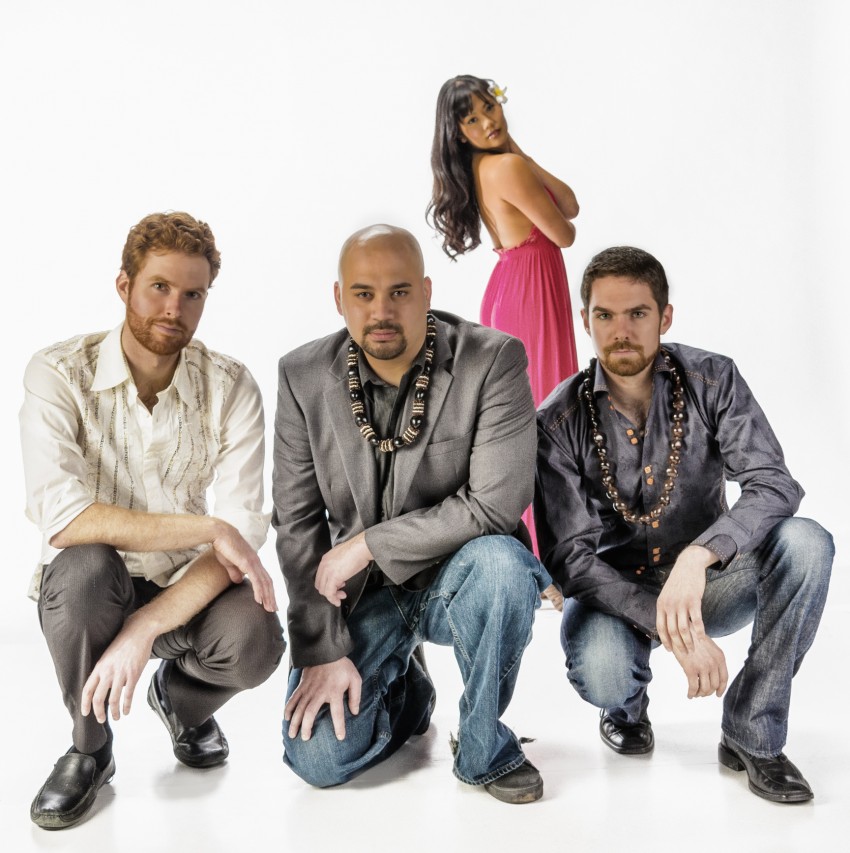 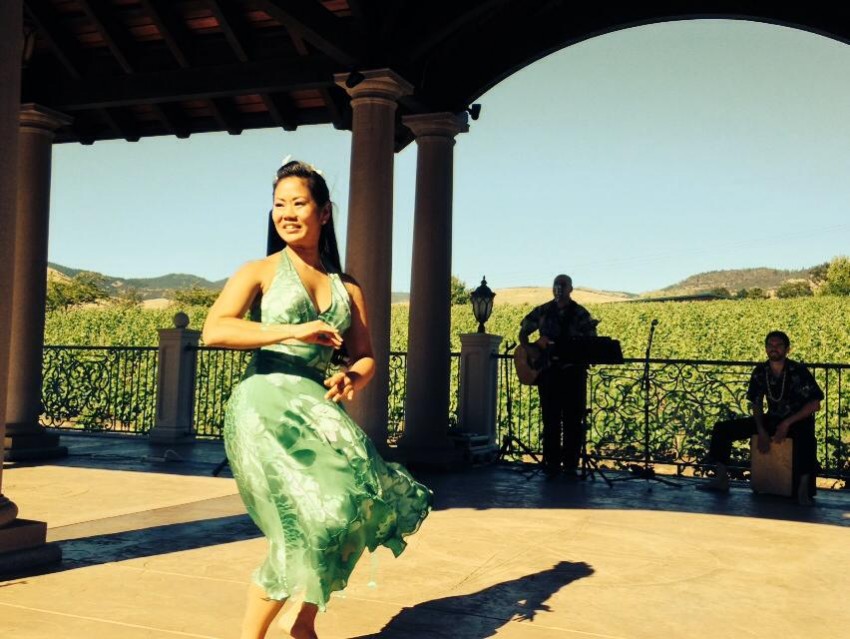 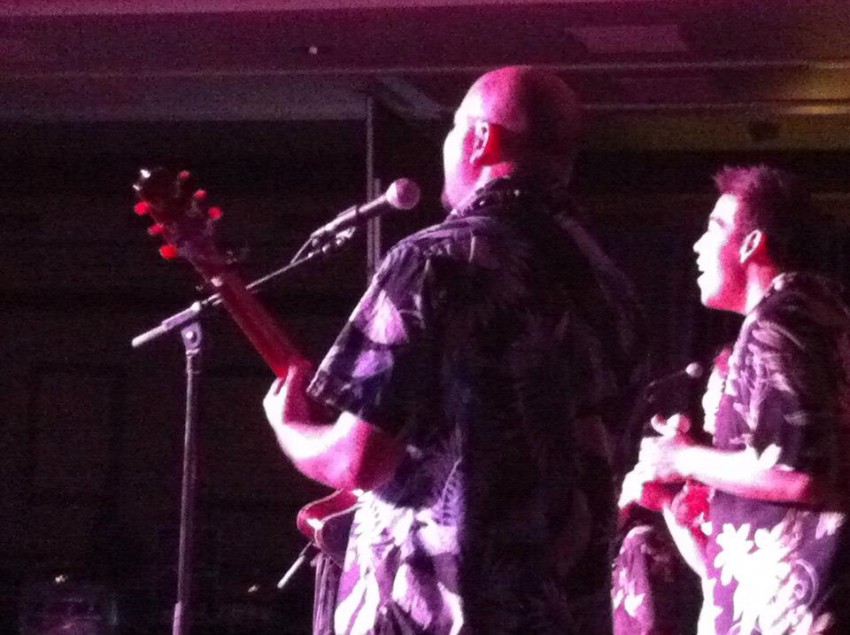 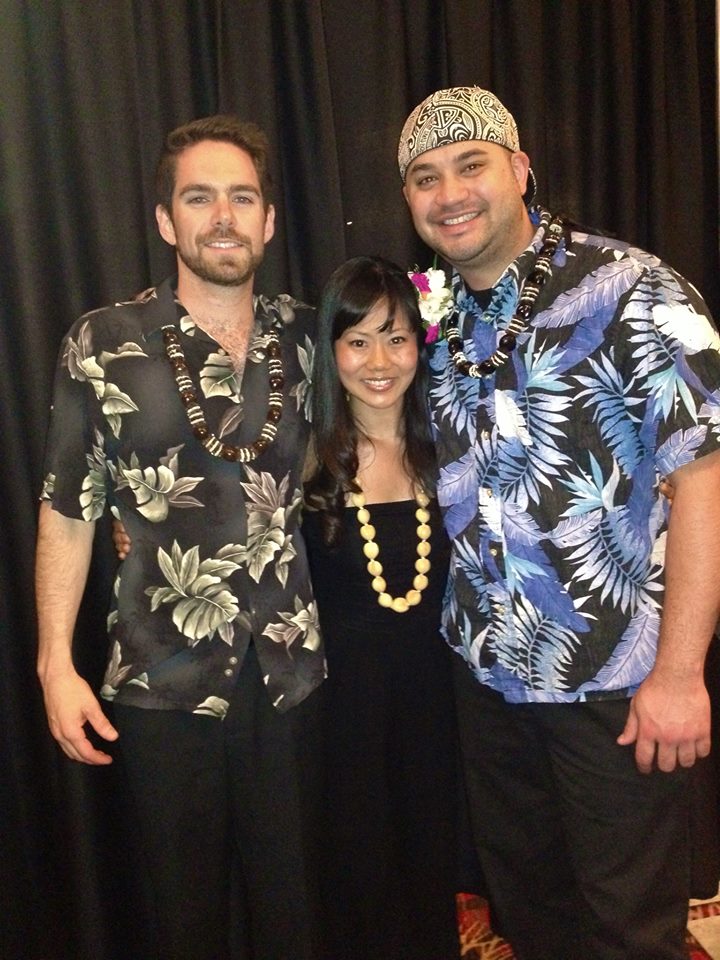 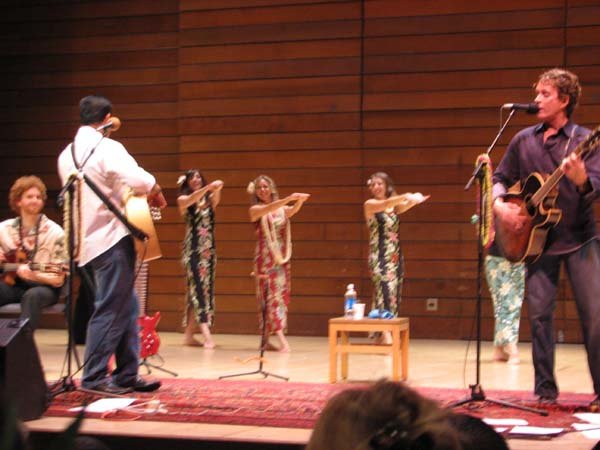 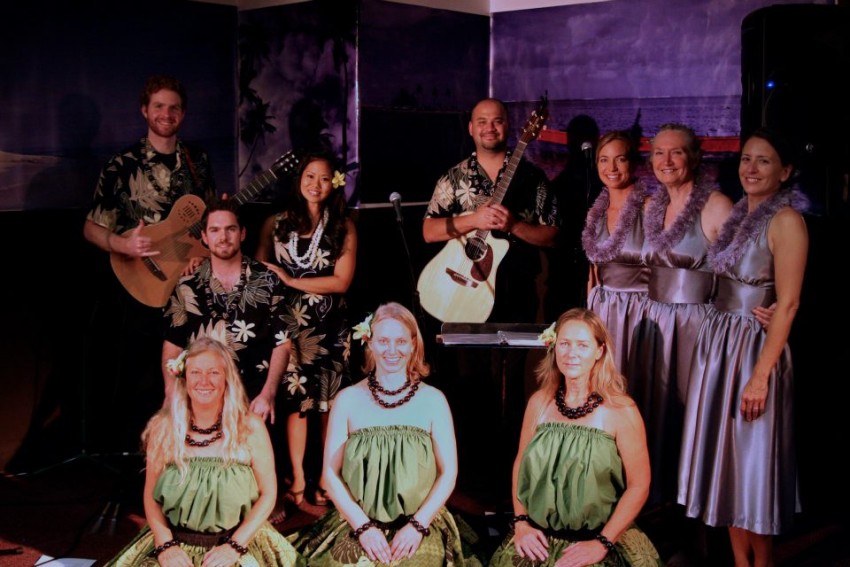 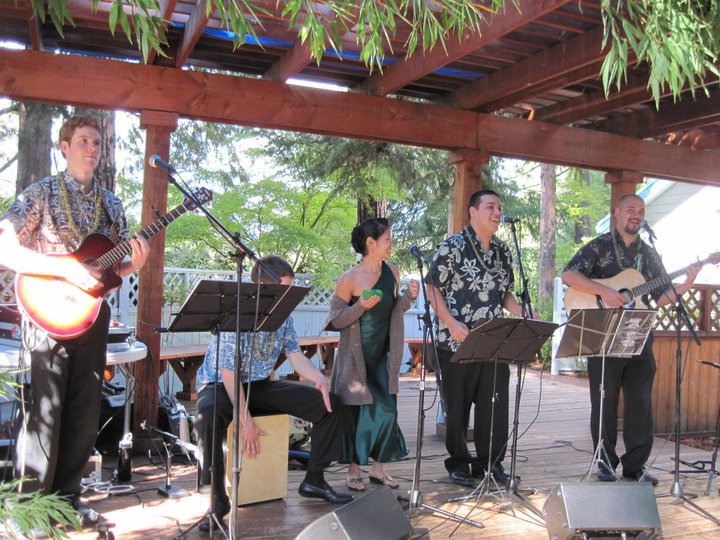 Drawing inspiration from the roots of traditional Hawaiian music and contemporary artists such as HAPA, Keali’i Reichel, Barefoot Natives, and Te Vaka, the luscious multicultural sounds of Ha’ena resonate as a new generation of classically trained contemporary Hawaiian musicians.

Be the first to review Ha'ena - Contemporary Hawaiian Music

We like to mix it up from traditional to more contemporary Hawaiian standards rich in vocal harmonies and interwoven guitar melodies.

Ha'ena has opened twice for HAPA, The Makaha Sons, Amy Hanaiali'i Gilliom, Darlene Ahuna, and Na Palapalai. The band has performed for audiences of up to 1,000 people and performs regularly throughout Southern Oregon and will be returning home to Hawaii for the month of January 2015!

Ha’ena officially formed in 2009 in Ashland, Oregon. Drawing inspiration from the roots of traditional Hawaiian standards as well as contemporary artists such as HAPA, Keali’i Reichel, Barefoot Natives, and Te Vaka, the luscious multicultural sounds of Ha’ena resonate as a new generation of classically trained contemporary Hawaiian musicians.

Its members, now graduates of Southern Oregon University, found each other as many “Hawaiians” do--through friendships that kindle the familiar spirit of aloha...the islands...of home. Three of the four members in the group grew up in Hawaii, residing on Oahu and Maui while soaking in all of its music, dance, and rich culture. The newest addition to Ha’ena, percussionist and Portland native Reed Bentley says, “I consider myself fortunate to have found these wonderful friends and to not only be introduced, but immersed into the fascinating Hawaiian culture and it’s beautiful music.”

Starting from the seedlings of late night dorm room jam sessions, guitarist and vocalist Kekaiolohia Enomoto and lead guitarist Stephan Kane blossomed as a powerful and dynamic guitar and vocal duo, each contributing their own personal influences and styles ranging from alternative, reggae, pop, rock, slack key to classical. “Playing with Steve-o has inspired me to be a better musician” says Enomoto. “Haha, I would say the same thing about Kekai” replied Kane. In search of a vocalist for an upcoming Hawai’i Club Lu’au production, the two caught wind of a girl from Hawaii that was studying classical voice and opera in the music department. Steve approached vocalist Jennifer Matsuura after a choir rehearsal and the jam session grew. “We really just got together to play music because it felt like home. We had become each others’ family, and the music was so comforting...” says Matsuura.

In the fall of 2009 the jam session between friends adopted the name “Ha’ena” as well as Reed, the fourth member of the group. Word of mouth success led to frequent performances at Tease Restaurant, where a loyal fan base of hula dancers led to the collaboration of Ha’ena and Ashland’s Hula Hui, Ka Pi’o Ke Anuenue under the direction of Andrea Luchese. In the spring of 2010, this collaboration of live music and dance serendipitously led to the opportunity to share the stage with and open for one of Ha’ena’s biggest influences, HAPA.

Ha’ena has since been repeatedly contracted to perform at the Rogue Valley Manor’s Annual King Kamehameha Day Lu’au, the SOU Ho’opa’a Hawaii Club Lu’au, as well as the 2010 Umpqua Hula and the Arts Festival in Roseburg, Oregon. Other appearances include Grass Shack Cafe, Tease, the Avalon Bar and Grill, Seven Feathers, and Ashland’s Fourth of July Parade.

PA System preferred but not required.