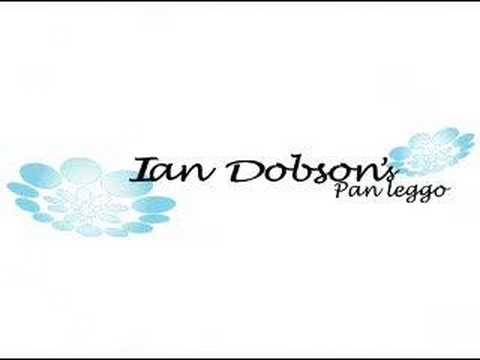 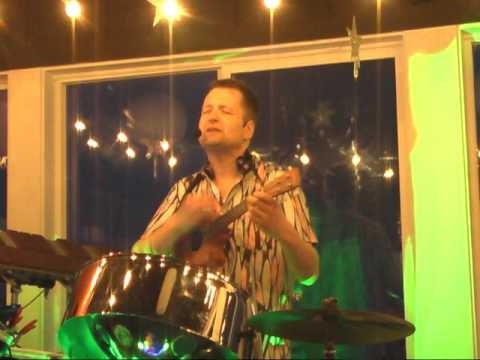 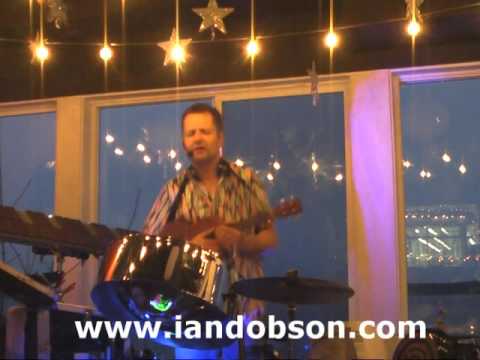 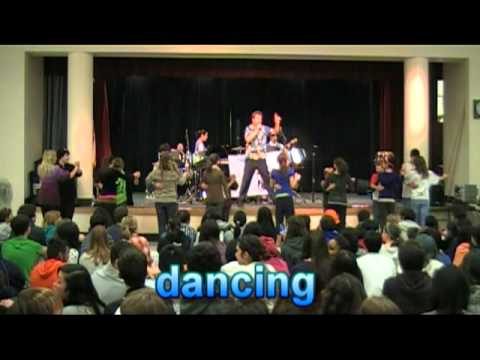 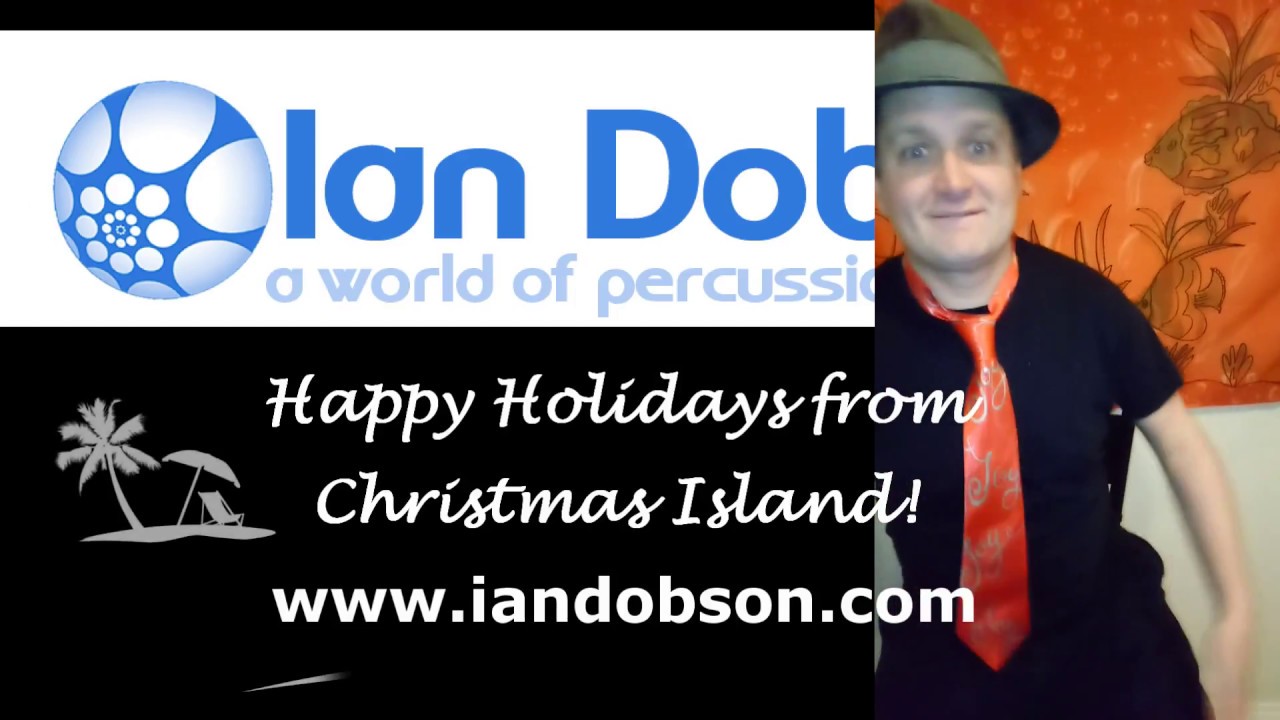 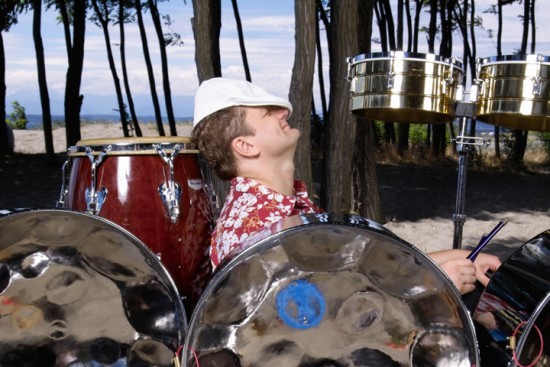 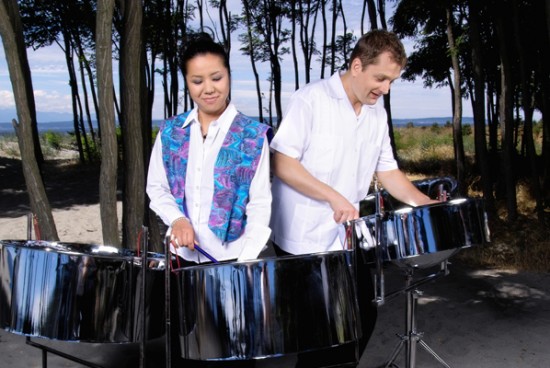 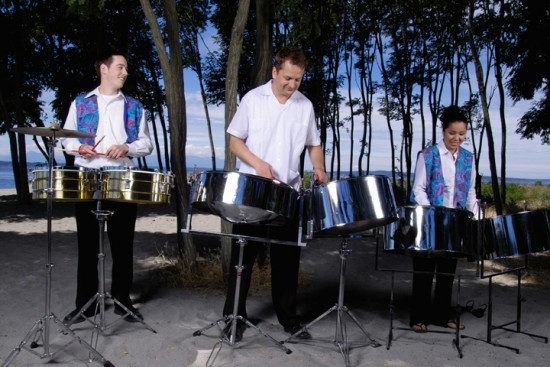 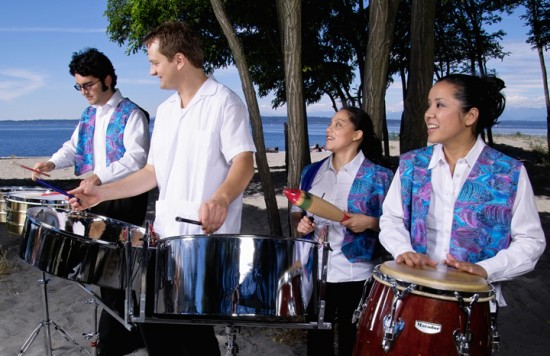 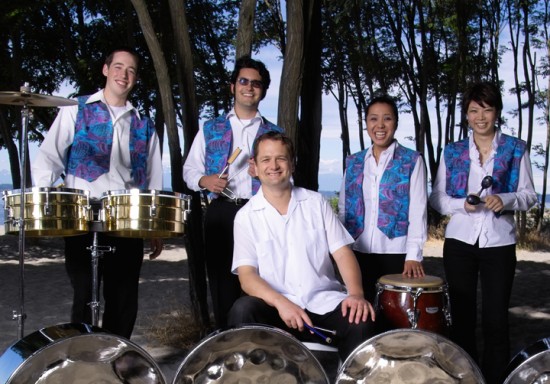 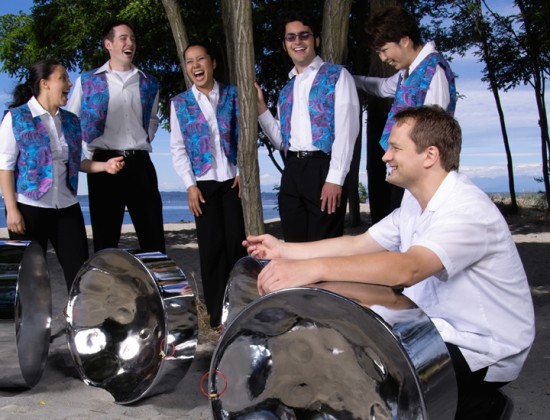 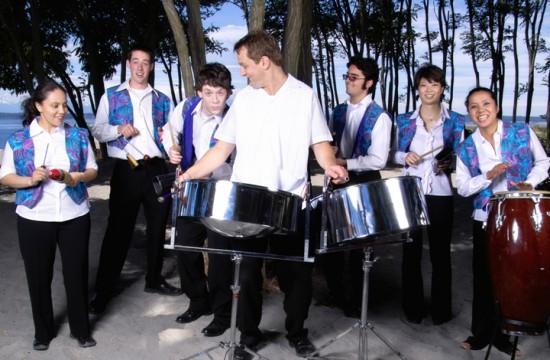 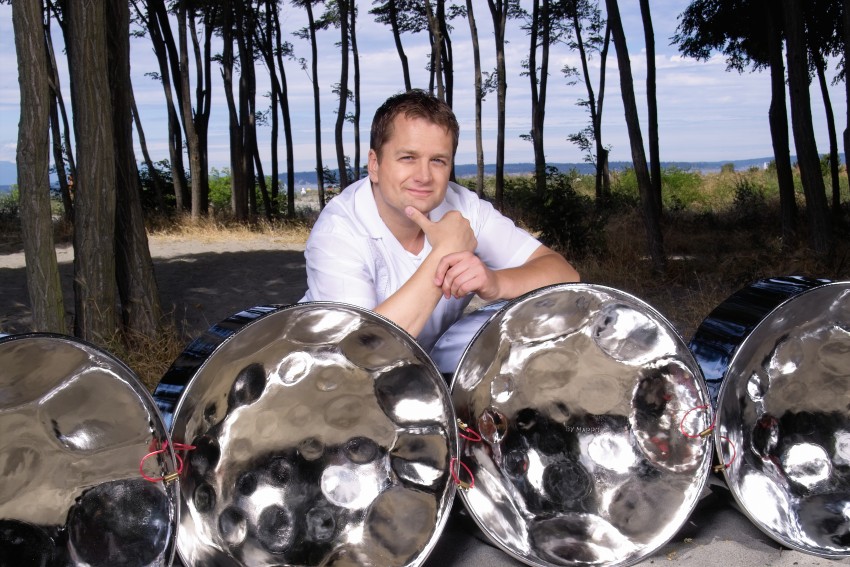 We're steel drum, salsa, and world music experts who've been bringing the Caribbean to parties and concert halls for almost 15 years. We’re versatile enough to play anything from background and wedding ceremony music to featured dance music to a concert hall program, and from calypso to salsa and reggae; jazz and rock to classical.

We offer a complete tropical party experience and we know how to involve your guests with dance lessons and sing-alongs and percussion play-alongs.

Finally, we offer broad appeal and flexibility. Steel drum music is universally adored. And, unlike most acts, Ian Dobson's Pan Leggo can easily scale its size to your event: from solo to 7-piece band.

Great show! Ian was so much fun for the kids. They couldn't believe how he danced and interacted with them. One child said about his performance, "I never want him to leave. I never want this to end!"

Thank you for bringing me out there Susannah! Making music with your kids was a joy!

The audience will experience a variety of upbeat, fun styles from all over the Caribbean and the world, such as Merengue, Salsa, Calypso, Reggae, Brazilian music, etc. We also play North American pop tunes that everyone will recognize. When appropriate, we try to get the audience involved as much as possible with playing percussion, dancing, singing, etc. They might have a brief dance lesson, take a drum or maraca solo, or sing in Spanish or English.

ABOUT PAN LEGGO
Four former members of the Oberlin Steel Orchestra who were dedicated to spreading the joy of steelband music formed Pan Leggo in 1994. Over the years a number of fine musicians, including legendary pianist Ray Holman, have played in the band and helped to keep our music fresh and vibrant.

ABOUT IAN DOBSON
Ian attended Oberlin Conservatory, joined Pan Leggo in Seattle in 1995, and became its leader in 1997. Ian has expanded Pan Leggo’s entertainment offerings to include large and small group sizes, fabulous party activities centered on dancing and singing, and a wide repertoire of “world music” styles.

A Seattle native, Ian has a Master in Music degree in Percussion and Bachelor of Music in Jazz Studies from the University of Washington. He also holds a BA from Pomona College in Claremont, CA and attended the Oberlin Conservatory of Music and the University of Lisbon, Lisbon, Portugal. He has studied and performed music throughout the world, including Trinidad and Tobago, Mexico, Venezuela, Puerto Rico and throughout the Caribbean, Chile, Thailand, Europe, and India, where he studied tabla. Ian grew up at ground zero of the nascent Seattle grunge scene, but his interests have always lay more with jazz and world music than rock.

Ian makes his living as a performer (bandleader and side man), composer/sound designer, and clinician and teacher in world music, jazz, and percussion. His work combines his love of travel, culture, and language with his passion for music and technology. Ian vision is to bring the world together in a small way through music and technology. Catch Ian playing at the Bahama Breeze restaurant and other northwest venues or, during the winter, on a cruise ship, in Mexico, or in some other exotic location.

We are highly flexible and can adapt to many different types of events, from small cocktail parties in a living room to stadiums.

This is an incomplete list, we are always adding tunes:

Cover from direct sunlight and rain for outdoor performances

Depending on the situation there may be other equipment requirements