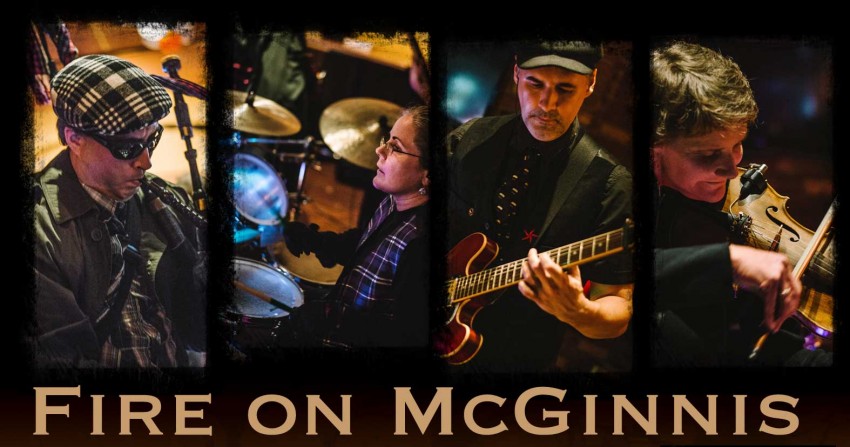 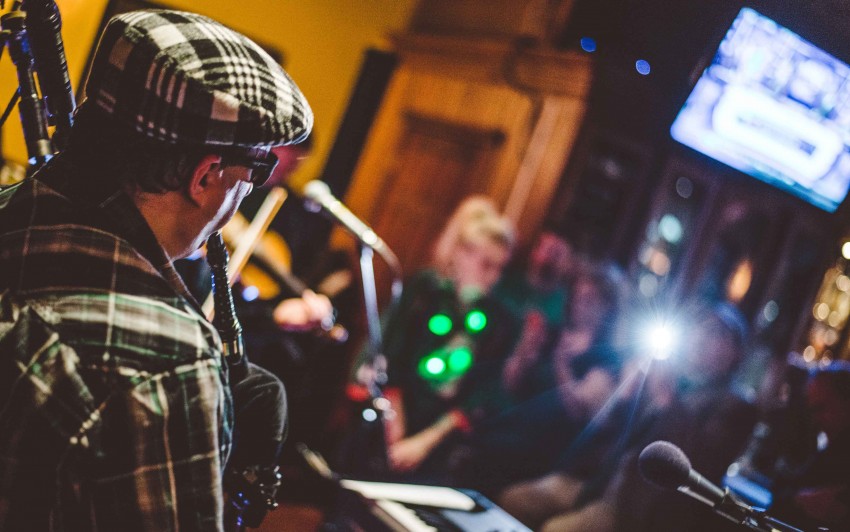 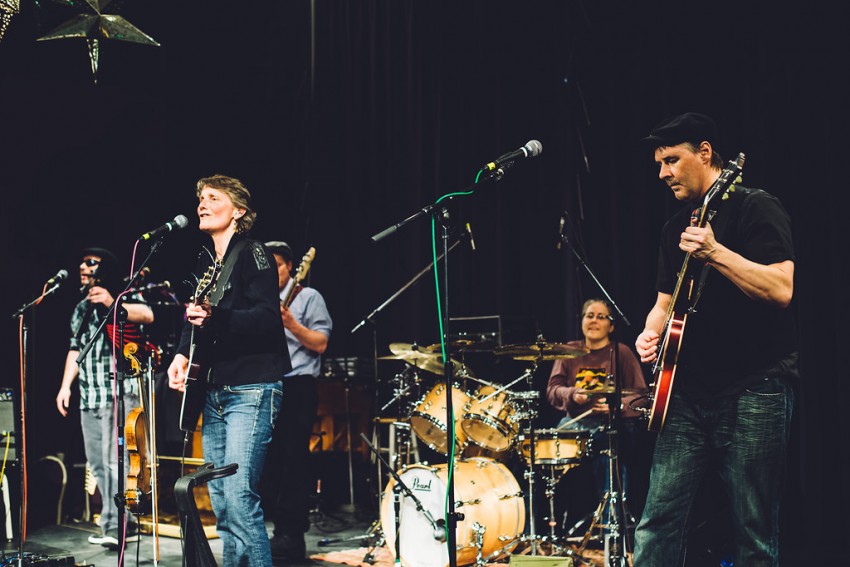 With a frothy blend of Irish and celtic music spiked with modern rock, Fire On McGinnis can only be described as a head-banging, bagpipe playing live celebration! Fire on McGinnis is influenced by bands like The Dropkick Murphys, Flogging Molly, The Pogues and the Young Dubliners. They take songs steeped in Irish and Scottish tradition such as “Bedlam Boys,” “Foggy Dew,” and “Paddy’s Leather Breeches” and turn them into floor-bouncing rock songs. For a lively twist, Fire on McGinnis plays whiskey spiked versions of modern rock songs by Led Zeppelin, The Cranberries, Chumbawumba, The Proclaimers and of course, a shot of their own celtic inspired songs.
FOM can travel anywhere - contact us!

Be the first to review Fire on McGinnis

Not as hard as Dropkick Murphy's but not as soft as Celtic Woman. Fire on McGinnis strikes a balance between fun and upbeat Irish tunes and the more dramatic traditional Scottish songs. We throw in a few twists and turns along the way often melding an traditional Irish tune to a Led Zeppelin song and back. We love to rock and we love it when people dance!

With a totally unique sound that mixes the appeal of rock with the woodiness of Irish and Celtic music, Fire On McGinnis can only be described as a “head-banging, bagpipe playing live celebration.” The band evolved into the Celtic rock scene armed with the solid influence of bands like The Dropkick Murphys, Flogging Molly and The Pogues. For their debut album, Fire on McGinnis takes songs steeped in Irish tradition such as “Bedlam Boys,” “Foggy Dew," and “Nancy Whiskey” and plays them with the intensity of a riotous rock song. Using the same eclectic approach, their original songs conjure up images of men toiling on the docks, waves crashing on a rocky solemn shore or the grizzled face of a disenchanted king in hiding. While the band likes to keeps things hot with smoking fiddle and bagpipe jigs; their true goal is to get the audience fired up. In fact, they say Fire on McGinnis live is slightly larger than life – like an Irish pub with a hot stove in the corner!"

Varies by show. Our sound is complicated and difficult to get to without a sound engineer. We have "self-sounded" many times but find that the personal distraction of self sounding takes away from the performance. This is a rock band. We love a big kick drum "thump."

Varies by show. For sure we need AC power!