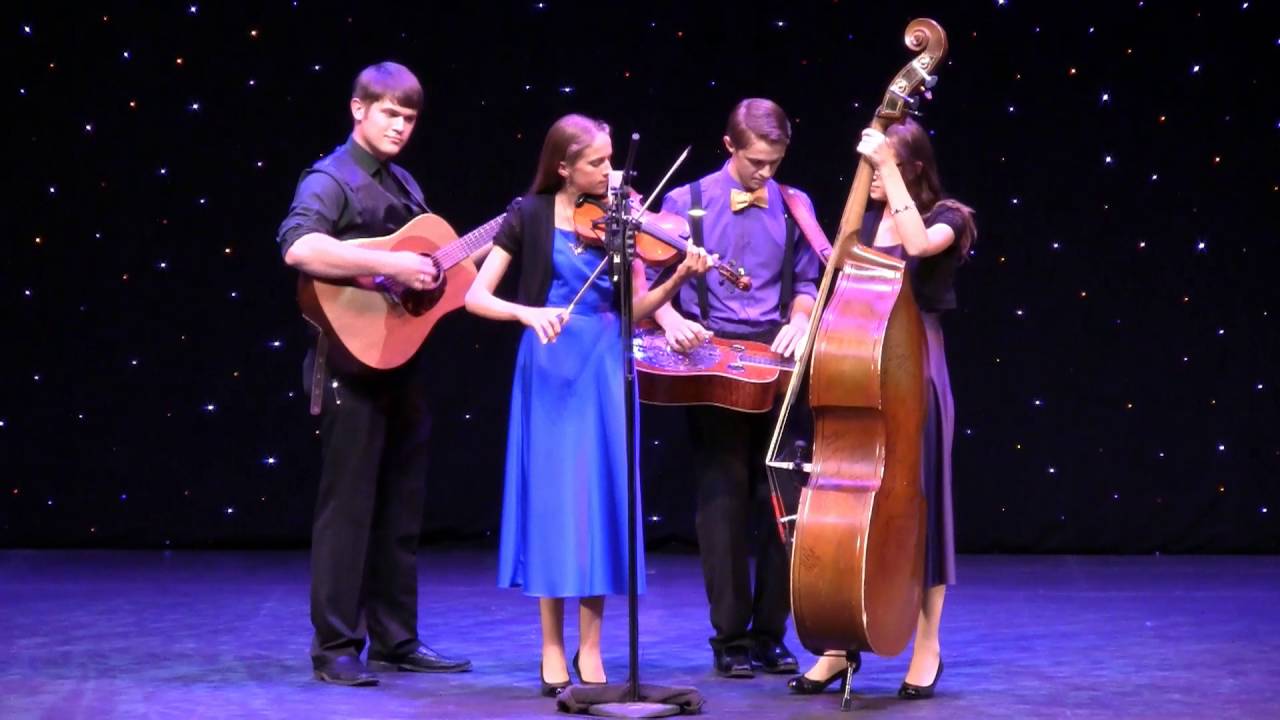 Palm of Your Hand performed at Silver Dollar City 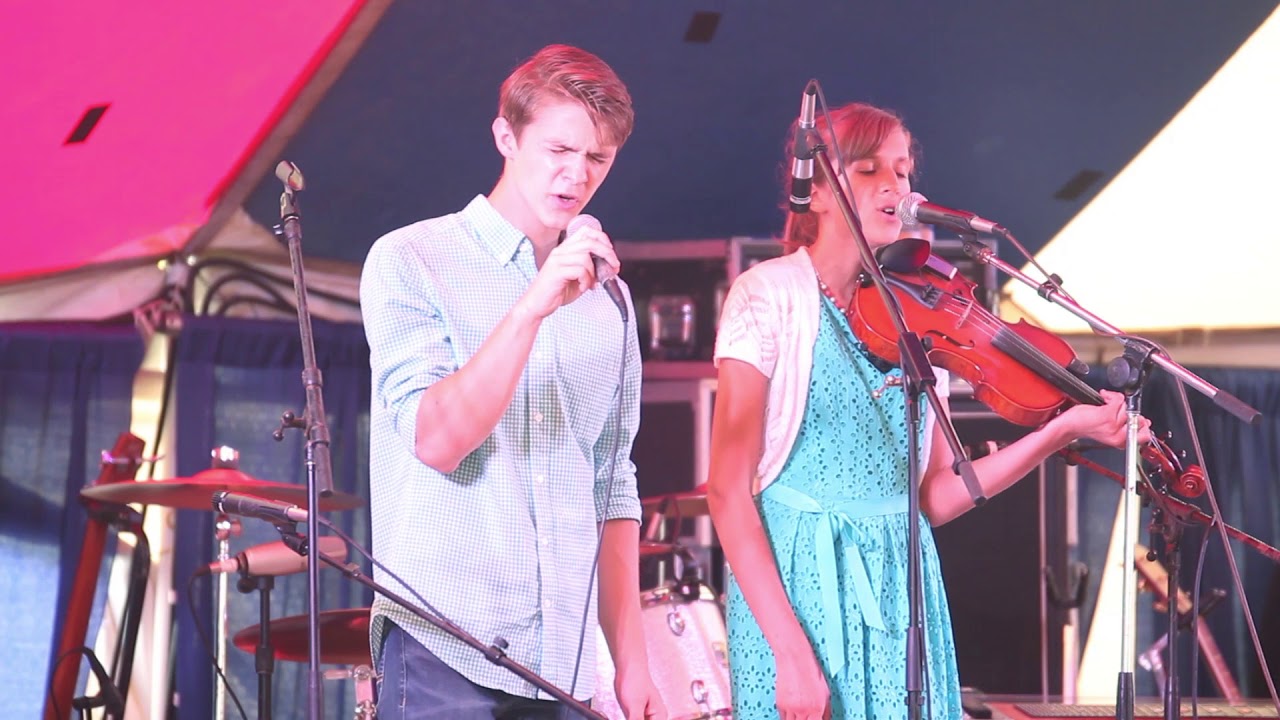 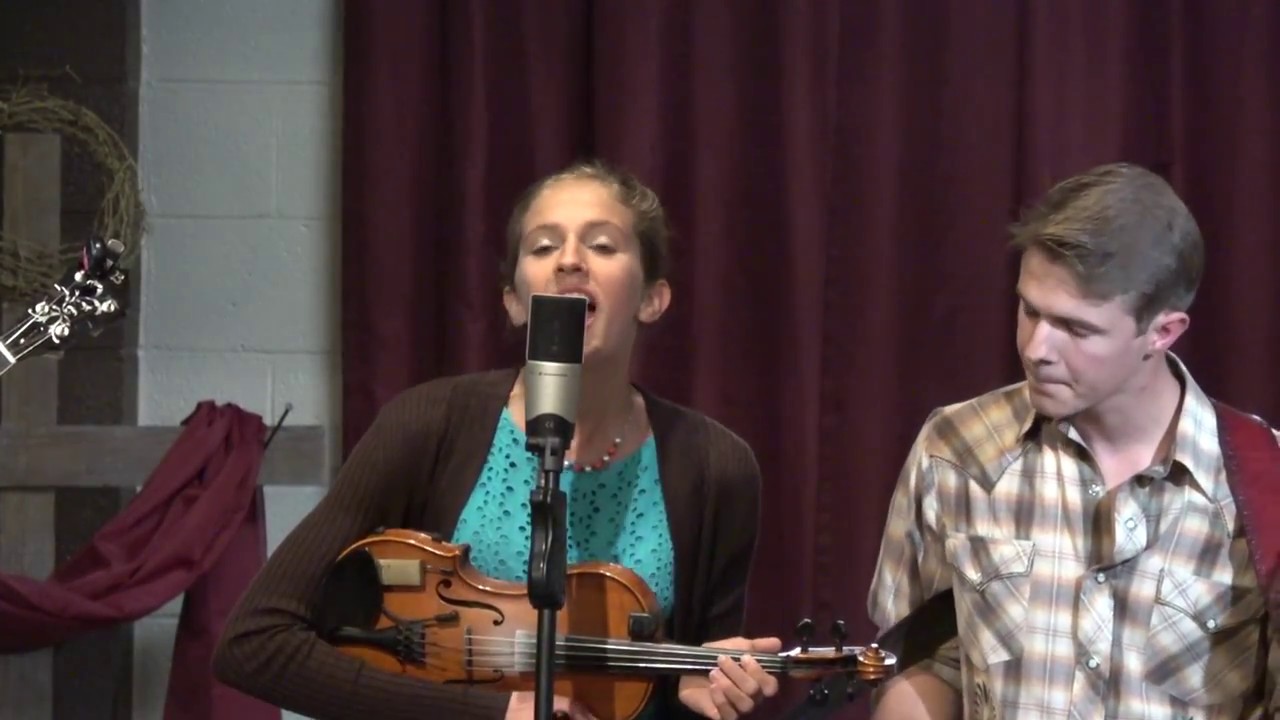 There's a Rainbow Over the Range 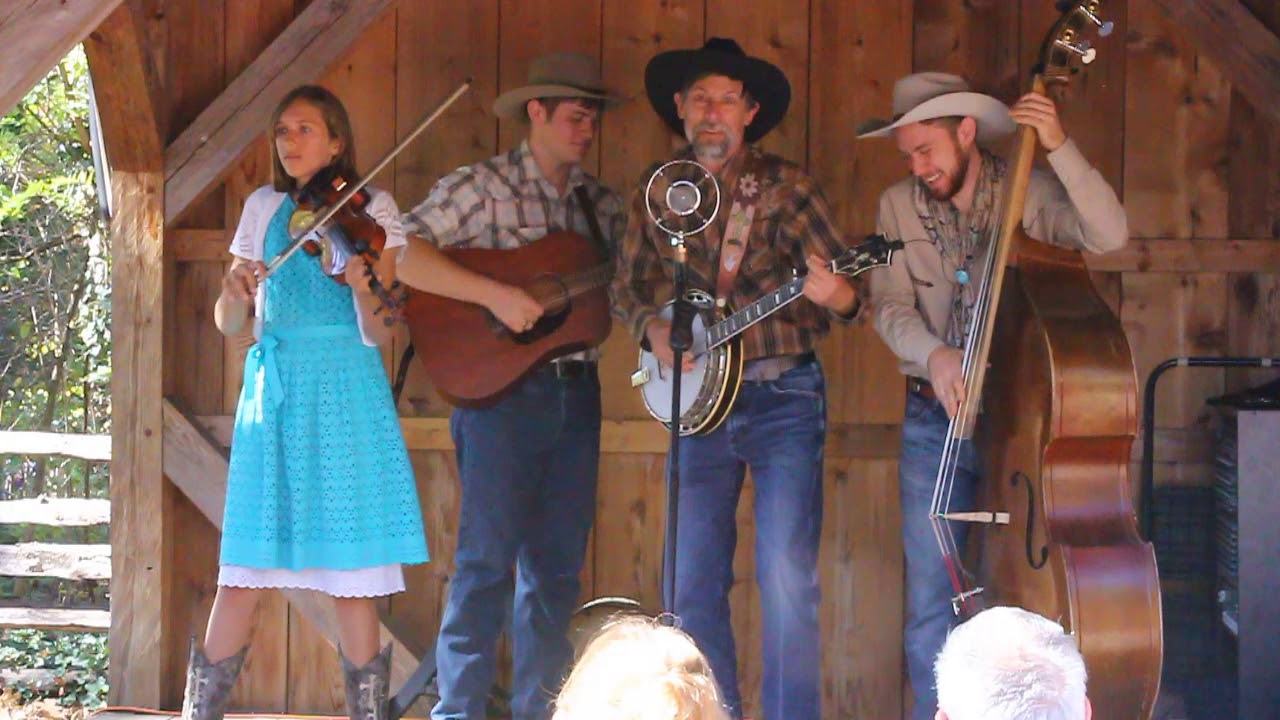 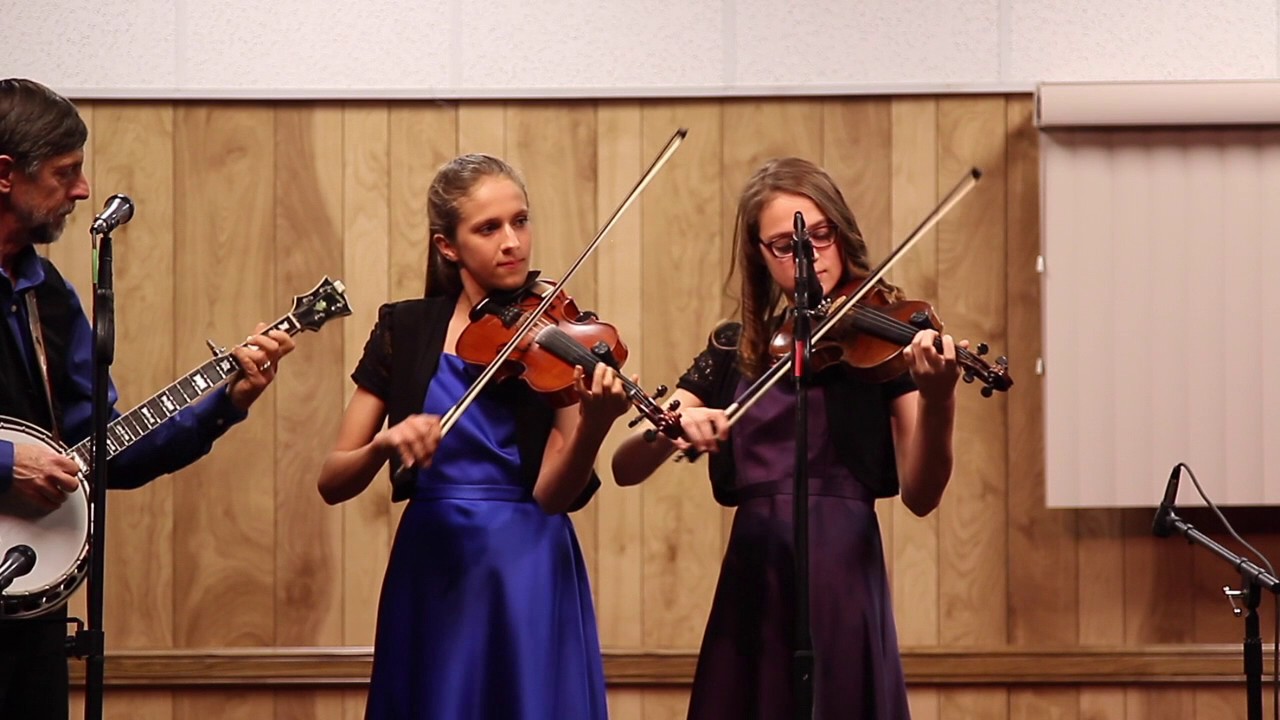 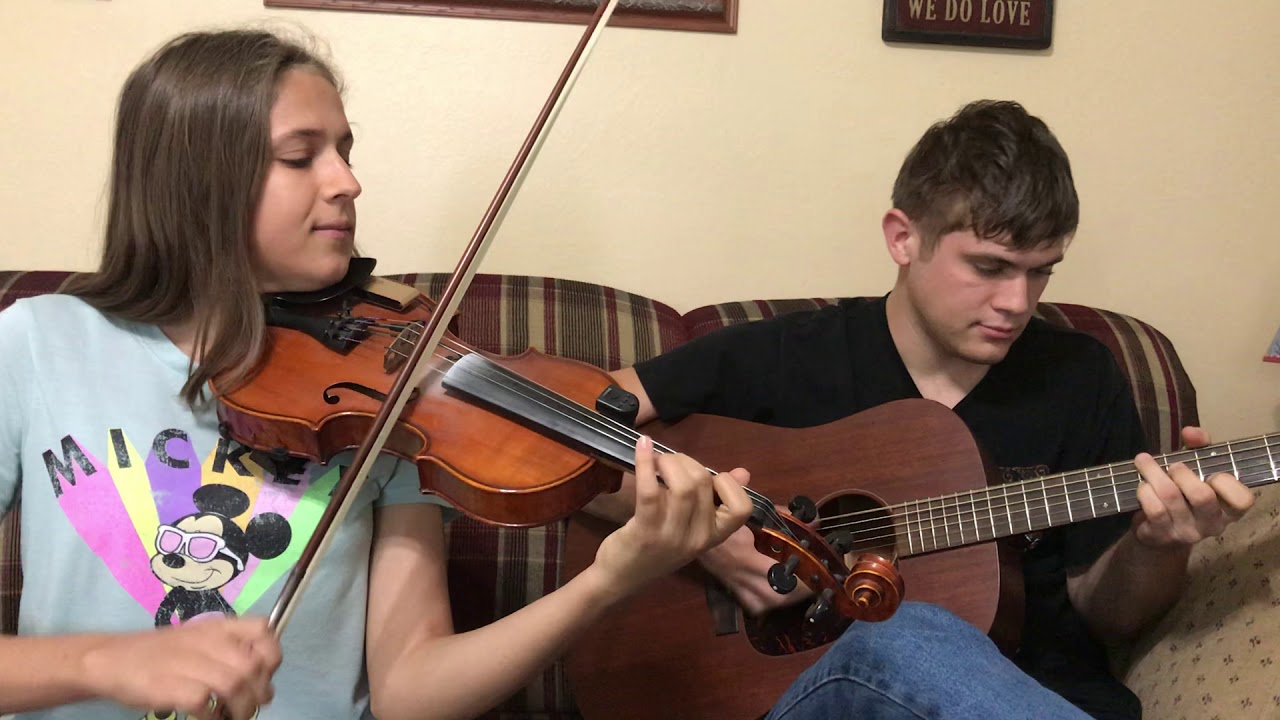 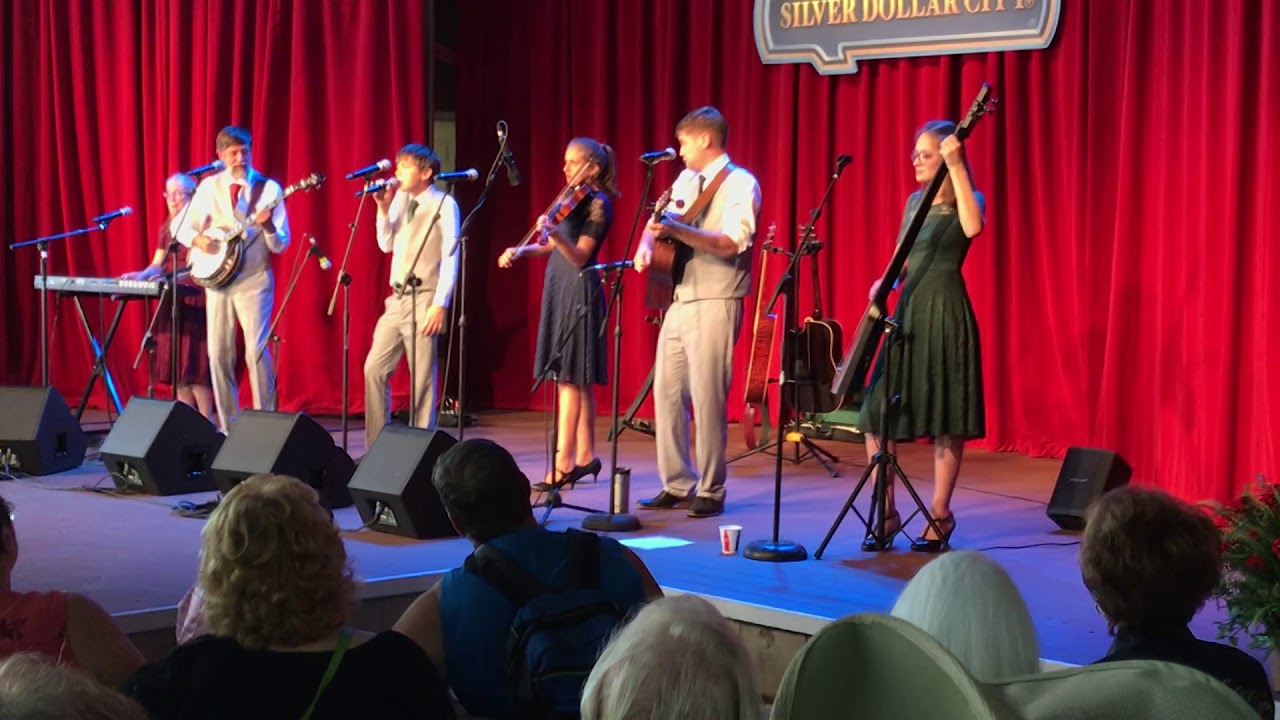 You've Got a Friend in Me 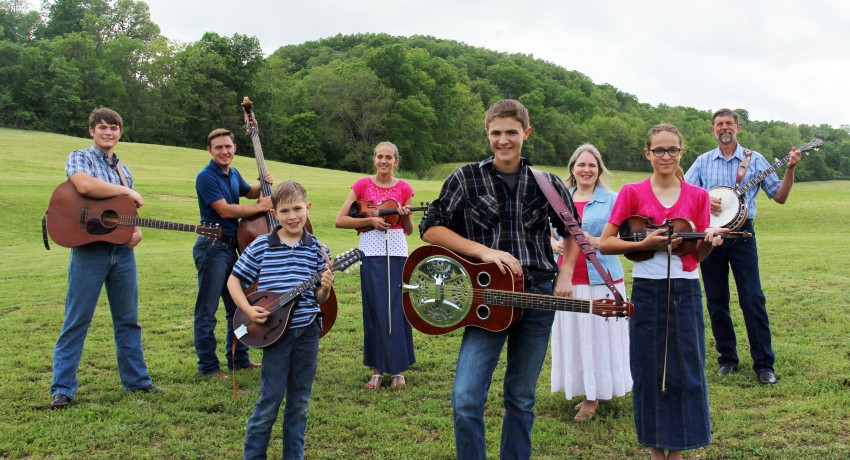 "Out Standing in our Field" 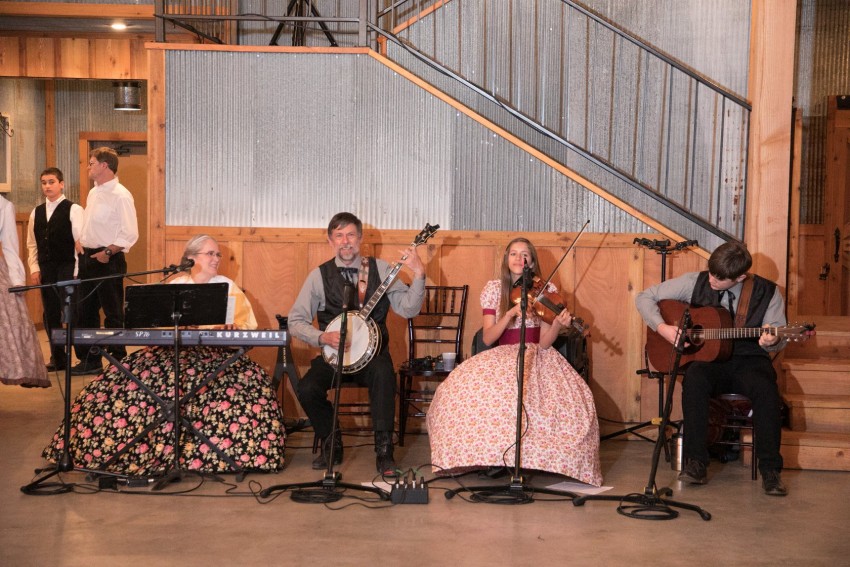 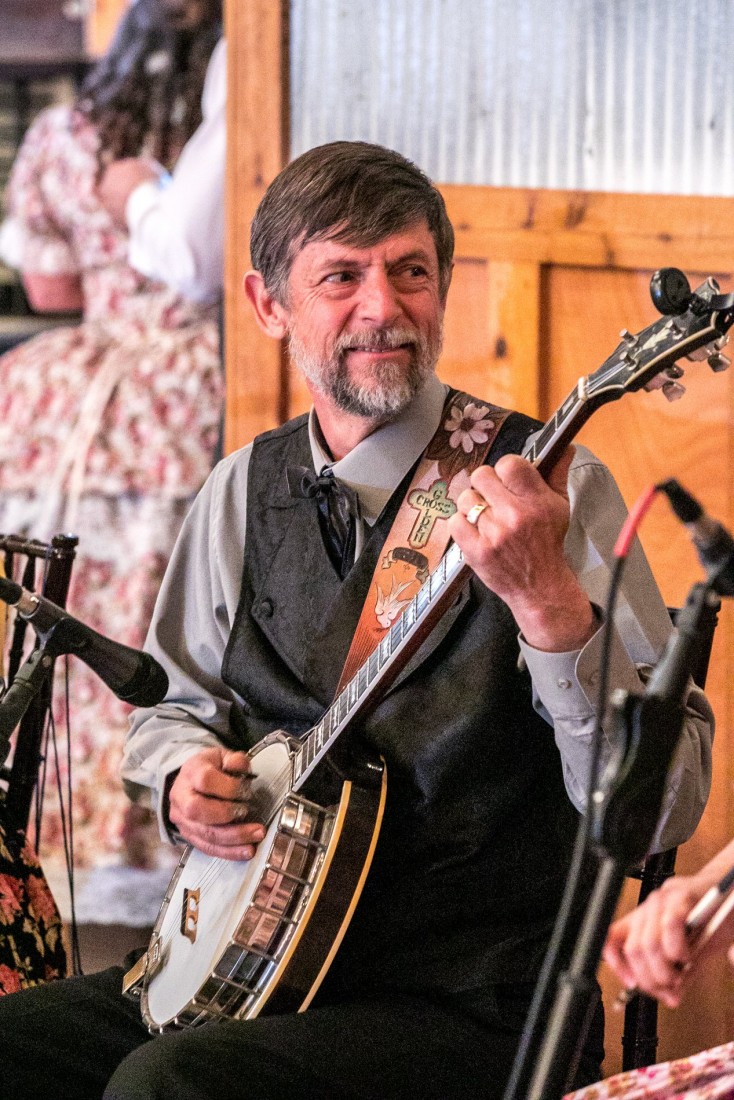 After more than forty years, Dad plays numerous genres on his 5-string banjo. 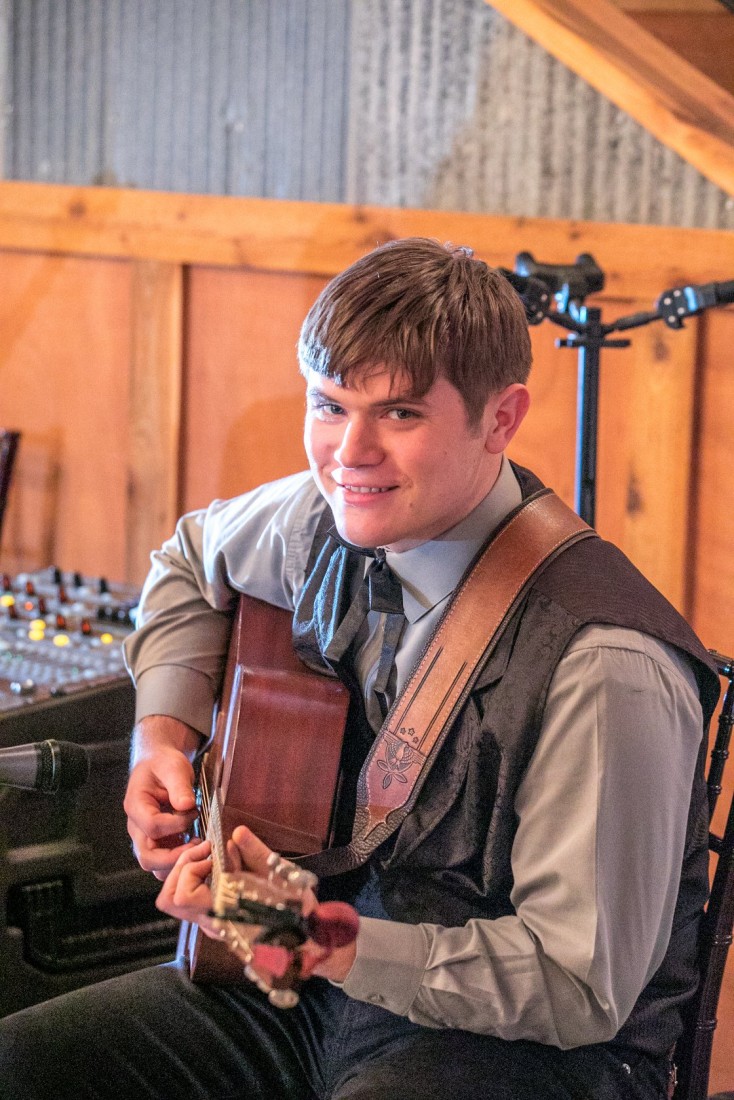 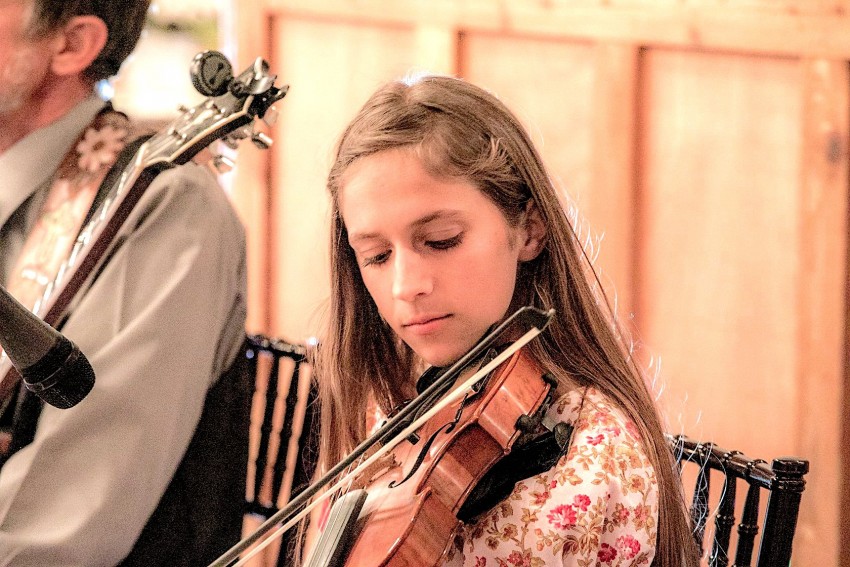 Hannah’s played since 6 y/o. Styles include bluegrass, Irish, Texas swing & pert'near anything else! 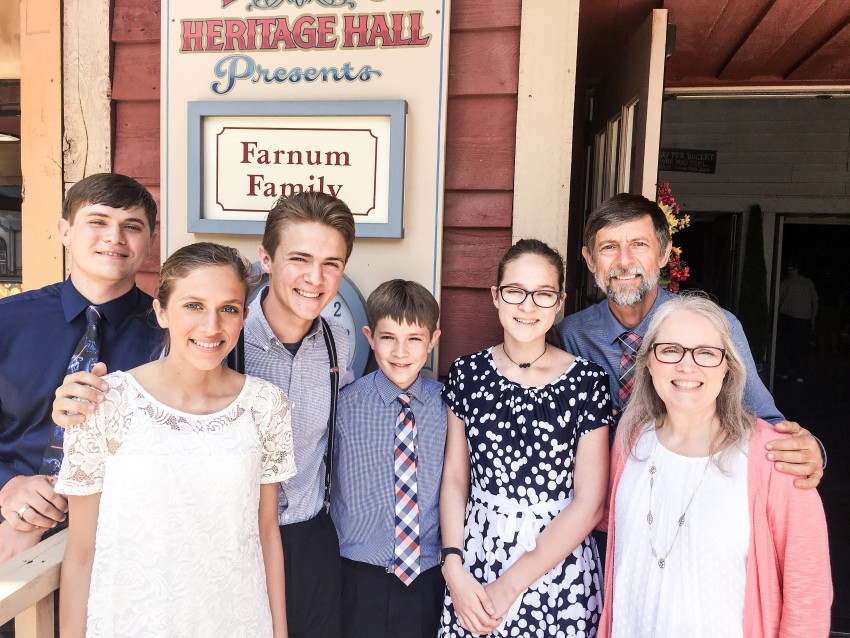 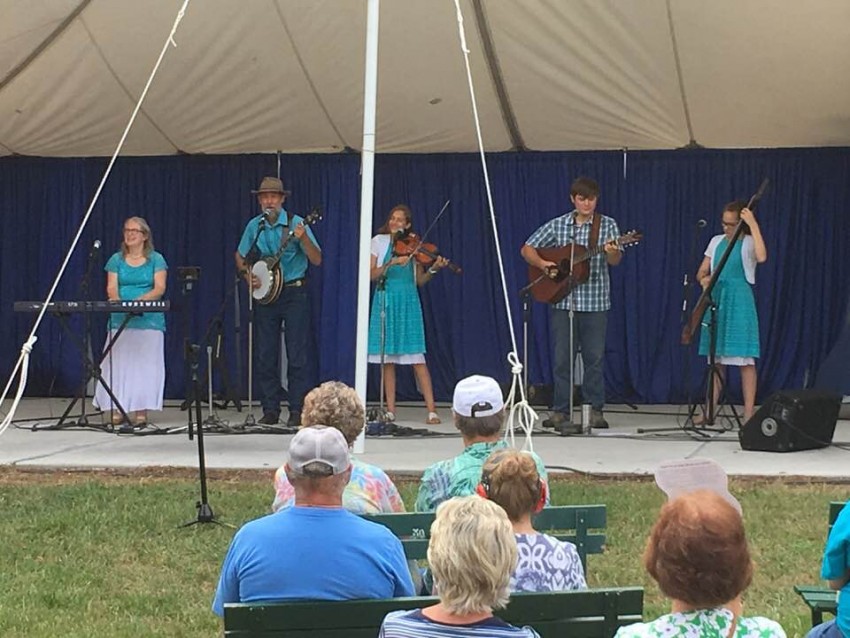 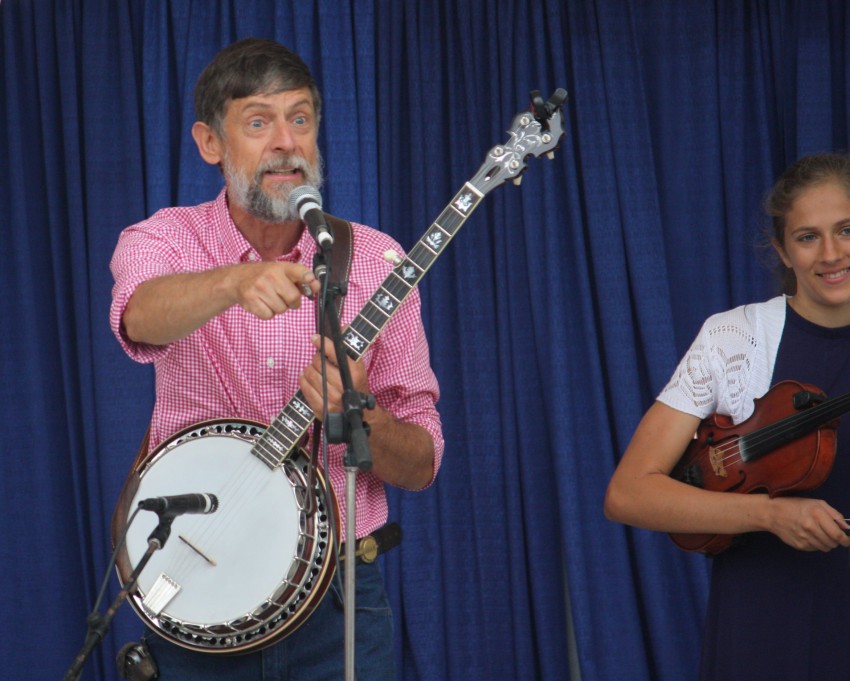 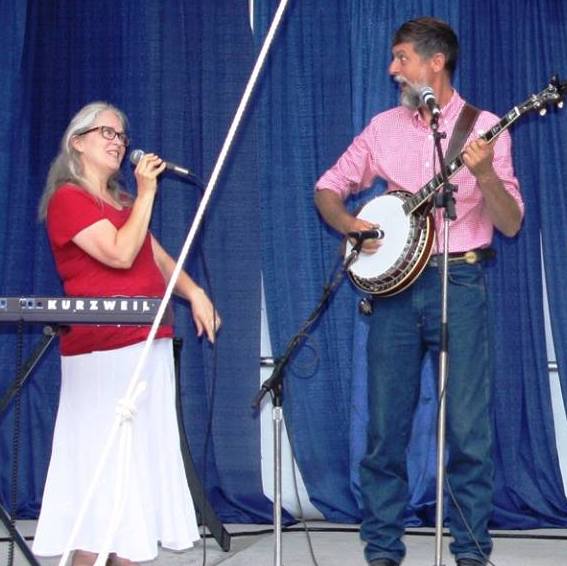 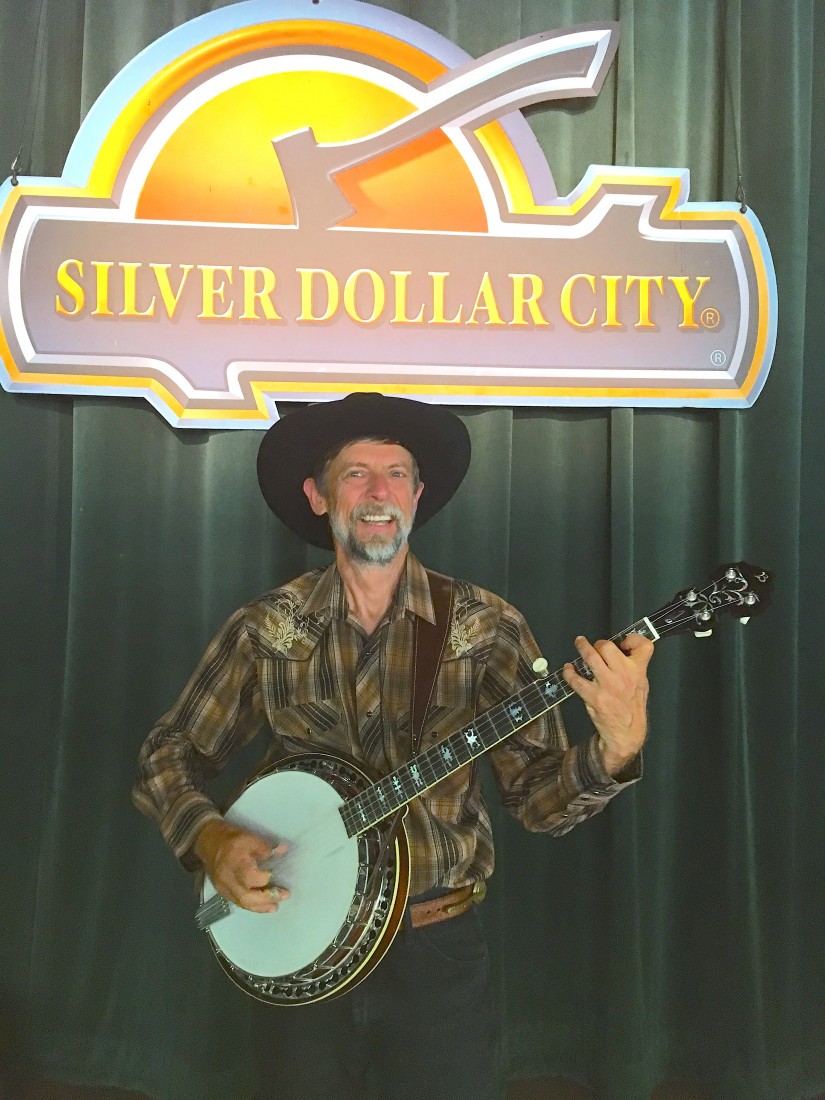 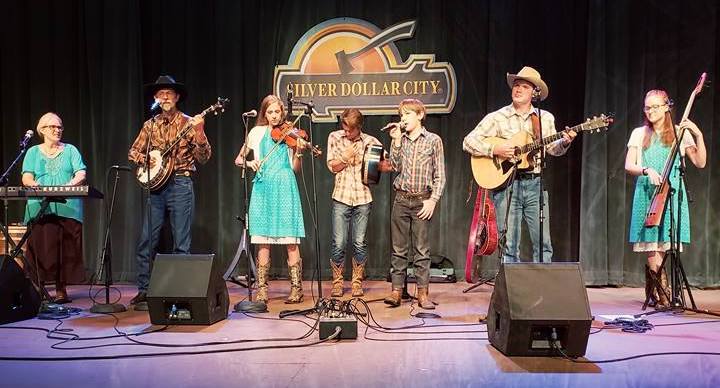 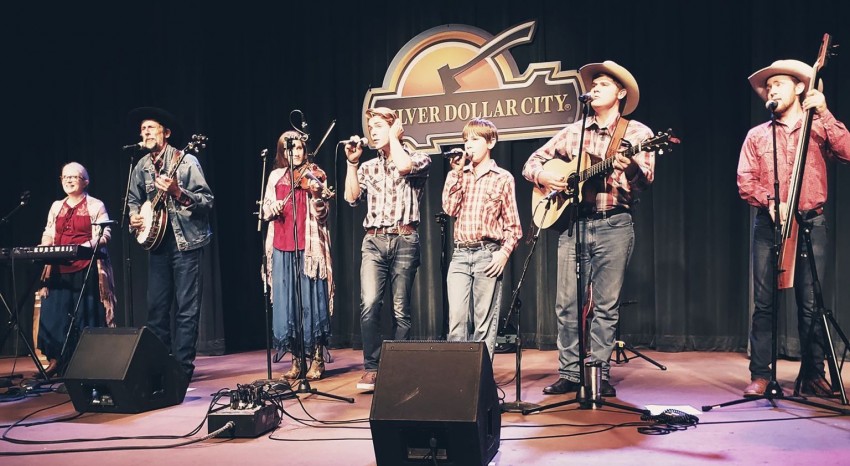 From the Missouri Ozarks, the Farnum Family performs in the Branson area and around the country. For many years, their eclectic blend of traditional Americana music and entertainment has delighted audiences from many walks of life.

The Farnum Family is a wonderful Gospel and folk music group. They are pleasant and easy to work with. A great addition to any small-town festival, county fair, or church revival.

Thank you, Will, for your kind review of our family band & music. Will look forward to visiting Nevada, Missouri AND Bushwhacker Days again sometime!

Always love seeing these guys! Their band is entertaining as well as uplifting and upbeat--just alot of fun! Genuine and friendly on, and off stage~ and a great variety of musical talent as a family band. You can't help but love them!

Thank you, Nathan & Krista, for hosting one of the very best of festivals, as well as for the ministry you offer to the community and all who attend. We sure have enjoyed every opportunity we've had to perform for you. And the fellowship & friendships are some of the very best!

I hired this band for a very big event in Texas. They did a fantastic job entertaining! The crowd loved them. They were very professional in every way. I highly recommend this family!

Thanks, Kathie! We thoroughly enjoyed the event and were especially honored to share the occasion and the stage with you & your family.

Performed for our fair. Did a very nice job.

Thanks for the 5-Star Rating! Looking forward to a return trip!

The Farnum Family is talented and has great stage presence.

Tha Farnum Family gave a concert at our church. It was a rainy evening but the church was nearly filled with their fans and others who had heard of their reputation for being preeminent in family entertainment. Their presentation covered several genres of music and was enthusiastically appreciated by the audience. After the concert many people stayed to visit with the Franum Family. I would recommend them for any event where you want wholesome, inspiring and upbeat entertainment.

Thank you, Pastor Wayne, for your kind & generous words of encouragement. We so much appreciate your God's House ministry to the homeless and the community of Guthrie at large. We look forward to our return in the spring for your Family Band Fest. God bless you.

Our family will provide your audience a family-friendly package of music & entertainment that can be appreciated by all ages. Our variety of music spans over two centuries, and many popular genres.

For appropriate venues, we can even play for, call and teach folks period contra dance!

From the Missouri Ozarks, the Farnum Family performs in the Branson area and around the country. A touring family band for many years, they have taken their energetic blend of music, entertainment and homespun family humor throughout Missouri Ozarks, the Midwest… and beyond!

In the fall of 1986 Norm met Tricia at Shepherd of the Hills, and discovered – along with her beautiful smile – that she enjoyed a rich musical background. Married on Leap Year Day in 1988, they have been making melody together since 1987 when they began entertaining passengers aboard the Lake Queen on Lake Taneycomo in Branson, Missouri. The following spring with talents combined, they began a seven-year run featured on breakfast and supper cruises. In the winter of 1990 they also toured the Midwest performing over 150 school assembly programs. With their children, they have continued their travels sharing music in churches, festivals, and family venues from coast-to-coast.

Tricia plays piano & pennywhistle with the band and enjoys teaming up with the girls on trio numbers. She coordinates wardrobe, set lists, keeps the band fed on and off the road, helps Dad with itineraries and does a graceful job emceeing much of the show.

Norm has entertained folks playing banjo for over 40 years. He started at Silver Dollar City in 1977 in the Saloon Show, traveled with a band for a time, fronted many Nashville artists at the Roy Clark Theater, and even chauffeured the likes of Roger Miller, Eddie Rabbit, Neal Young, and other celebrities.

Benjamin (24) started mandolin lessons when he was eight ye ars old and took up the guitar a few years later. His strong rhythm and skillful flat-picking are the bedrock of the band – add the charming smile and ready wit and you’ve got an audience favorite! Once a reluctant singer, Benjamin has blossomed in recent years and is now a featured lead vocalist. Other interests include reading, board games, and perfecting his pour-over coffee method. ☺ He also loves all things British – especially Charles Dickens, Dr. Who, and Cornish Pasties – and is in favor of changing the family name back to the original spelling of Farnham!

Hannah (22) began “fiddlin’ around” at the tender age of six, studying for many years with World Champion fiddler, Ricky Boen. An occasional contest fiddler, she has placed in several competitions over the years, with her most exciting award coming from the 2012 Walnut Valley Old-Time Fiddle Contest when she brought home a brand new Romanian-made Gliga violin! Hannah enjoys playing many styles including Western Swing, Bluegrass, and Irish. She is also a gifted singer: her lead and harmony vocals highlight every family program. Her other interests include sewing, reading, and English Country Dancing.

Nathaniel (20) joins the band as his schedule permits. He brings a special spice to our concerts, contributing the unique sound of the Dobro on bluegrass and country songs, and adding the Irish Bodhran to the Celtic tunes. His dynamic voice really shines on ballads like Pancho & Lefty. Behind the scenes, he is learning guitar and trying his hand at songwriting. He is also a very talented photographer.

Maggie (15) followed big sister’s example and started learning fiddle just before her sixth birthday. After five years of lessons she set her eyes on bigger things – first dabbling with the cello, then moving to the upright bass when older brother, Daniel, left the band in 2018. She has managed to fill his shoes (actually her feet are larger than his!) and is known as the “younger & prettier version” of the Farnum Family bass player. Like Hannah, she has a lovely voice and an ear for harmony. When not making music, you can find her writing letters or stories, reading books, sewing, or whipping up pancakes and deserts for the family.

Matthew (14) is the youngest Farnum. He joins the family for several feature songs, singing the lead on All God’s Creatures, Cody of the Pony Express and You’ve Got a Friend in Me. He is progressing on the mandolin, and we are hopeful that 2020 will find him joining in with the band more often. His particular interests include Legos and Nerf guns, as well as disassembling old appliances, learning Java Script coding, and finding new ways to annoy his older siblings.

The Farnum Family performs and entertains for churches, festivals, historic theaters, state & county fairs and other family oriented venues. Folks have seen them perform at Silver Dollar City during Bluegrass & BBQ Festivals and others since 2006. As a family band and individually they have received both instrumental awards and vocal recognition. Always pleased to share their Christian testimony, they offer all-gospel presentations for churches and ministry-related events.

We typically provide & run our own digital sound system, and can run sound for your special event. We are also comfortable using many provided house system configurations, or a combination of ours (mics & stands) and yours (amp, mixer & speakers). Please inquire.

This is just a sampling of some of the sets we can put together. We will often cater our music to the occasion.

We have over 300 songs that we can choose from, including Bluegrass, Cowboy, Gospel, Irish, Old-time, Railroad & seasonal tunes... or let us know if you have a special event or request.

Various bluegrass, Irish and other family bands, plus Sons of the Pioneers, Riders in the Sky, Marty Robbins, and other artists too numerous to list.