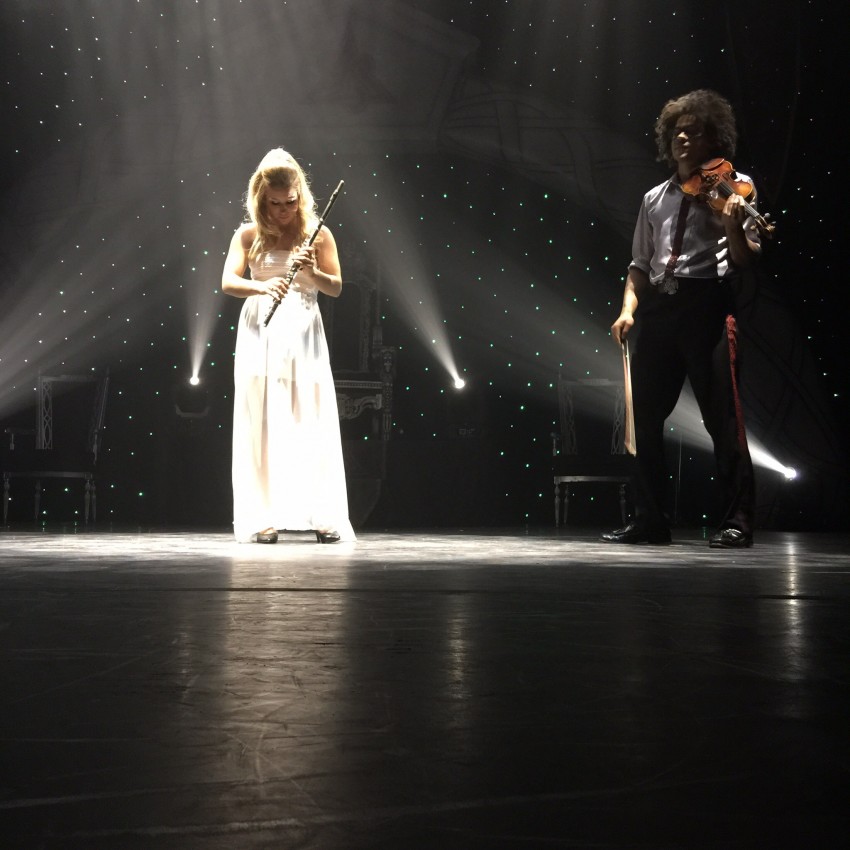 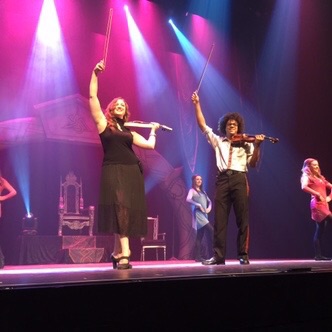 These days, it's so hard to find what you want when hiring entertainment for your event. The solution that I've come up with is to offer every client variety, quality and dependableness. I'm a conservatory trained, professional violinist and composer with experience in many different genres of music. I can be hired as a solo musician or I can bring in almost any configuration of a chamber ensemble at the client's request, so no matter what you want, quality is guaranteed and stress is avoided.

He provided a classy touch!

Everyone loved his performance. It set the stage for our elegant and classy wedding. Thank you so much for coming!

Fadullah brought his talents to our wedding venue in Annapolis last weekend.
Everyone was pleased and entertained by his wedding music repertoire. He is a skilled violinist, punctual, polite and really the consummate professional. I recommend him highly. We will certainly engage him again.

While playing selections for our 40th anniversary ceremony, Fadlullah Ba'th gave his violin a beautiful voice.
Thank you for connecting us with this remarkably talented,charismatic young artist. Brigitte and Charlie Wood

I hired Fadlullah several times.. to play violin on a TV commercial for Marriot, and a video of Proctor and Gamble. He was great to work with, technically and artistically excellent, the one of the commercials is currently airing

Fadlullah Ba'th is a graduate of Manhattan School of Music (MSM). He was accepted into the studio of Isaac Malkin. While studying with Mr. Malkin, he was accepted into various music festivals around Europe and has performed as a soloist and chamber musician in venues all over the globe, including New York, Switzerland and Germany. Fadlullah has played in such operas as Faure’s “Penelope” and Mozart’s “Le nozze di Figaro” as a part of the prestigious MSM Opera Orchestra. He has performed in various chamber ensembles of small chamber groups, quartets and trios, playing works ranging from the Baroque period with the Baroque Aria Chamber Ensemble to playing such works as Dvorak’s “Dumky” and including interesting combinations of instruments such as the mix of violin, saxophone and piano in Evan Chamber’s “Come Down Heavy!” and a just as intriguing mix of violin, clarinet, saxophone and piano in a Webern quartet.

In July 2010, while a student at the MSM, one of Fadlullah’s original compositions was selected and performed in a “sneak preview” of a new children’s play, “The Lemonade Stand.” On September 4, 2010, the play was performed at The Kennedy Center in Washington, D.C.’s “Page to Stage Festival” as a best new play for children and families. Shortly thereafter, he was commissioned by the D.C. Commission on the Arts and Humanities to compose two more compositions that premiered in February 2011, in the play, “I Just Want to tell Somebody” at the Woolly Mammoth Theater in Washington DC. Fadlullah graduated from the Manhattan School of Music in May 2011 and has since added jazz to his music repertoire. Along with frequent classical performances as a soloist and in ensembles, he is currently working and performing with well known jazz artists including internationally acclaimed trumpeter, Wallace Roney, Harpist, Brandee Younger, and the creator of “Conduction”, Butch Morris.

Now that Fadlullah is out of school, as he’s actively gigging and recording in the NYC/NJ area along with the Washington Metropolitan area. Recent recordings have been with Wallace Roney, Brandee Younger, Siji Awoyinka, and Ski Beatz. He also just completed his first musical, “The Lemonade Stand Musical”, which will premier in 2013.

Extreme cold or extreme heat are not good for wooden instruments or the little fingers that control them. Also, playing in the rain or snow is not a viable option unless a giant umbrella is placed over me (and my musicians if applicable).

If there is something that you want heard, it can be found again and performed.