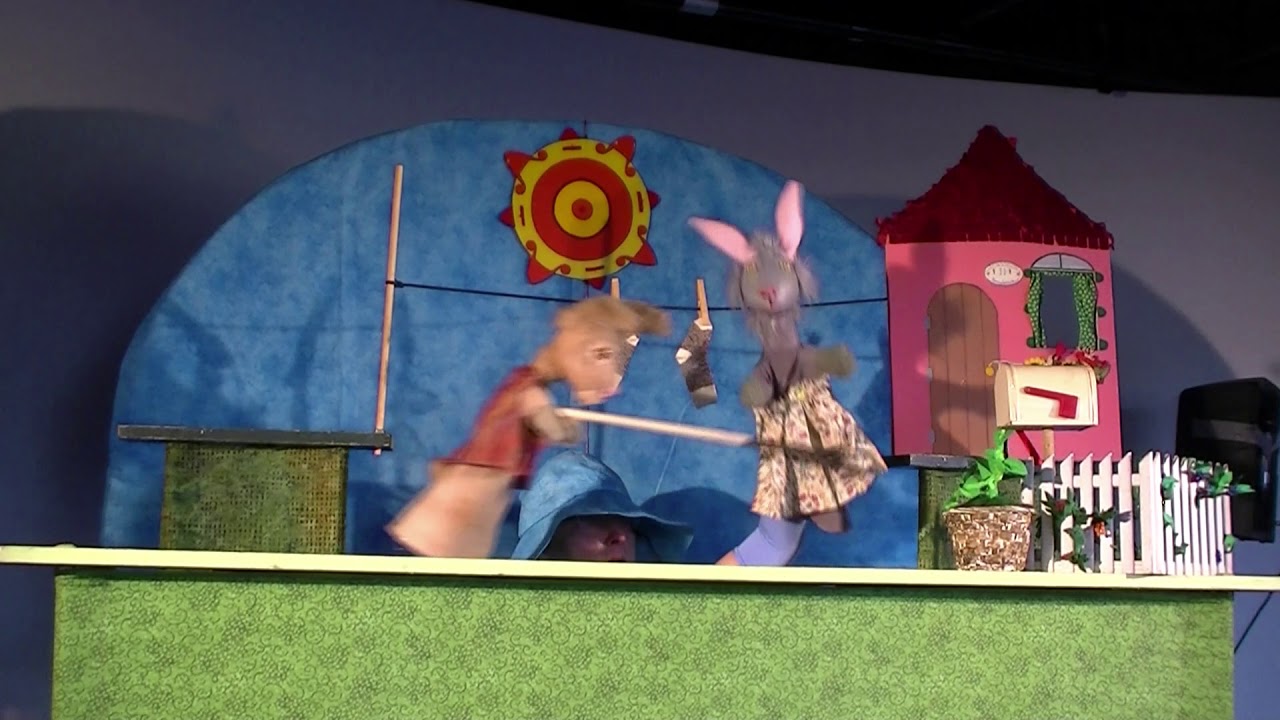 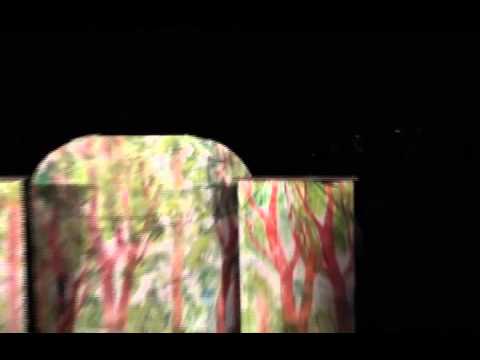 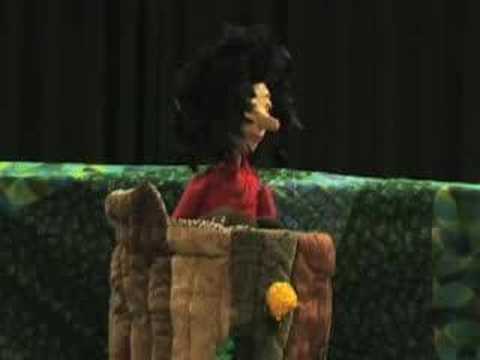 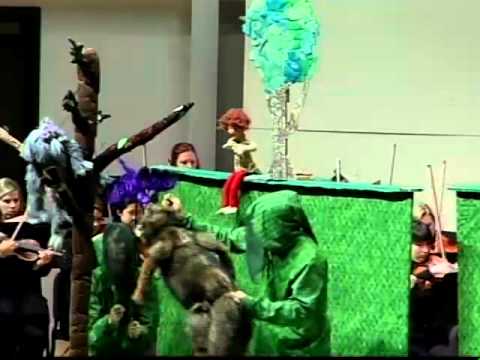 Peter and the Wolf with the Northwest Iowa Symphony 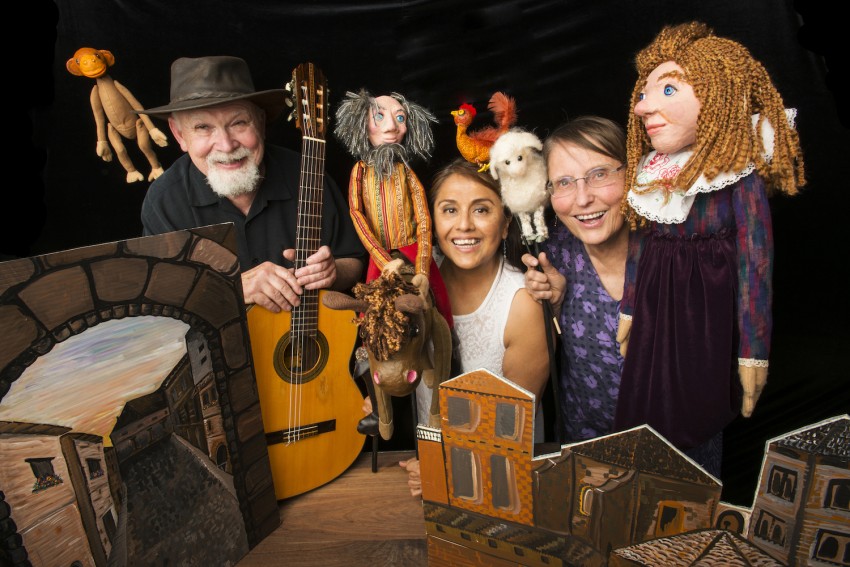 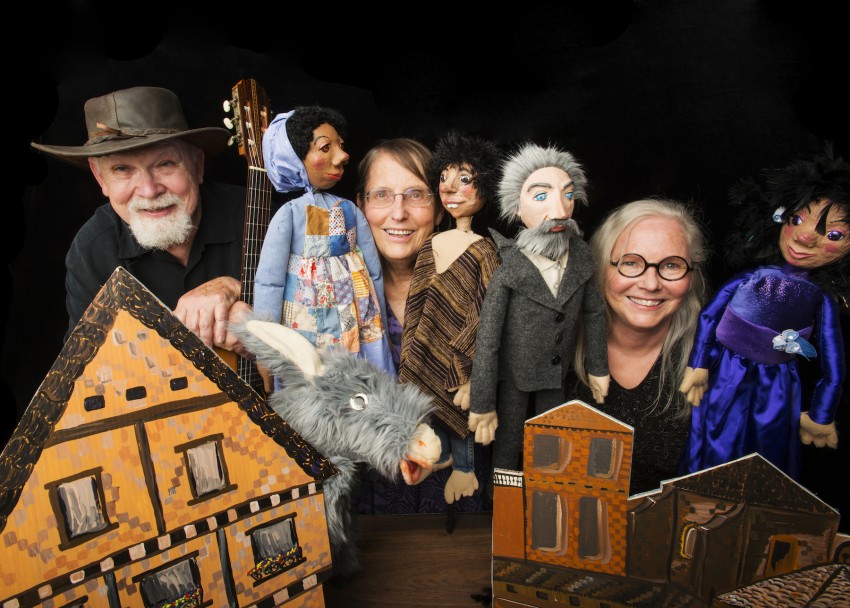 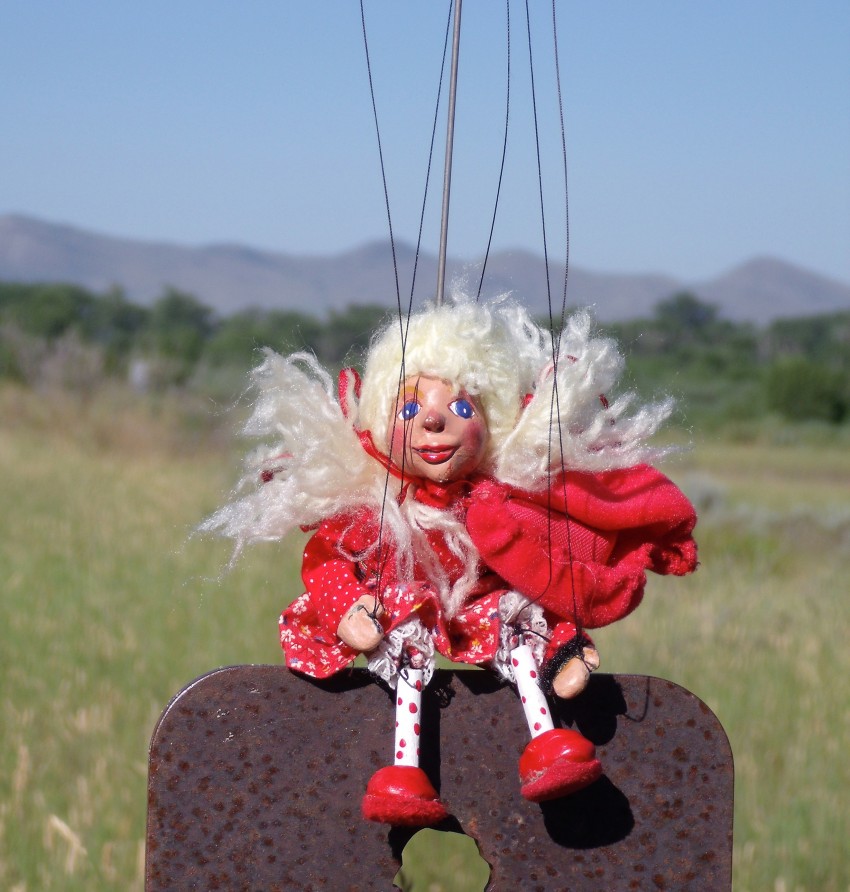 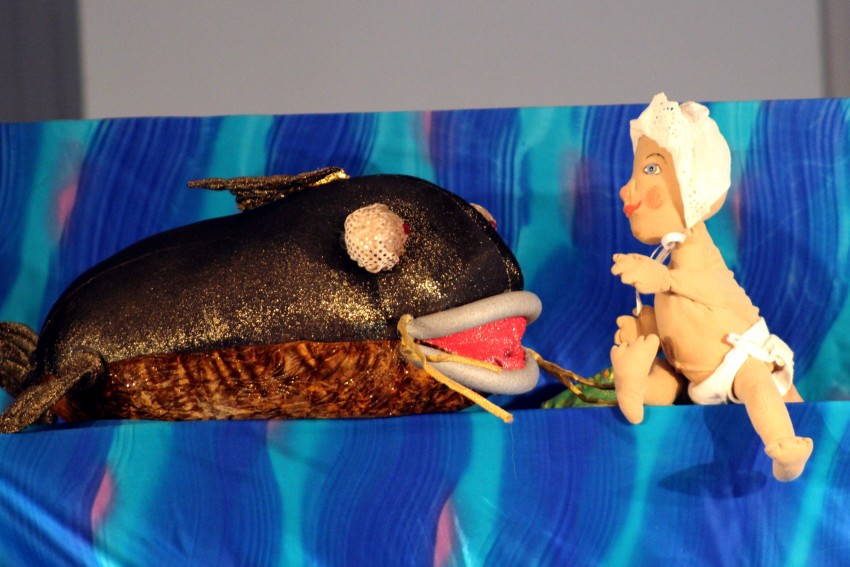 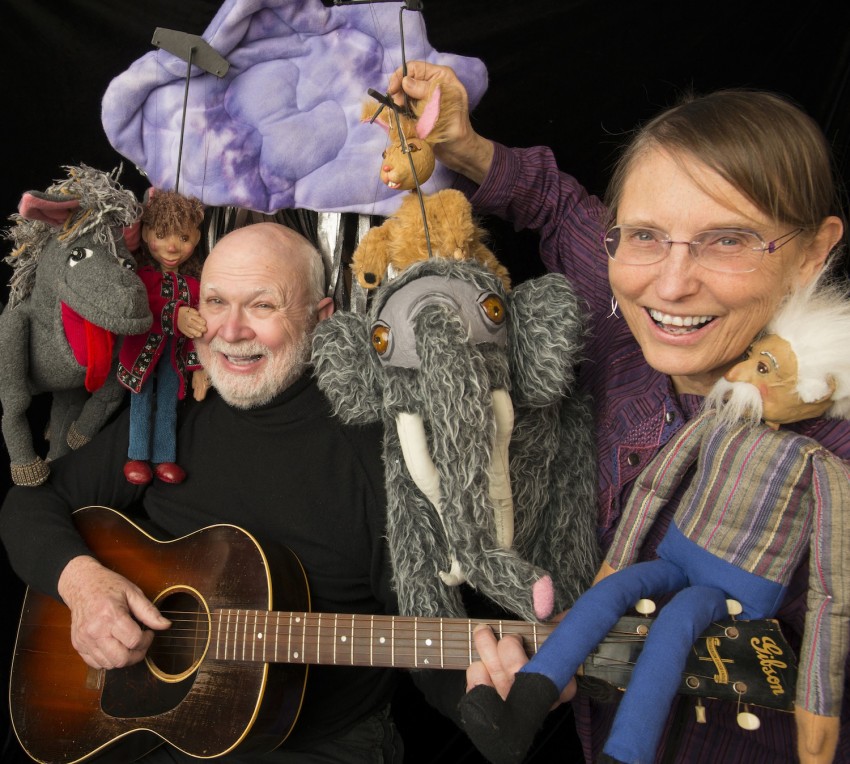 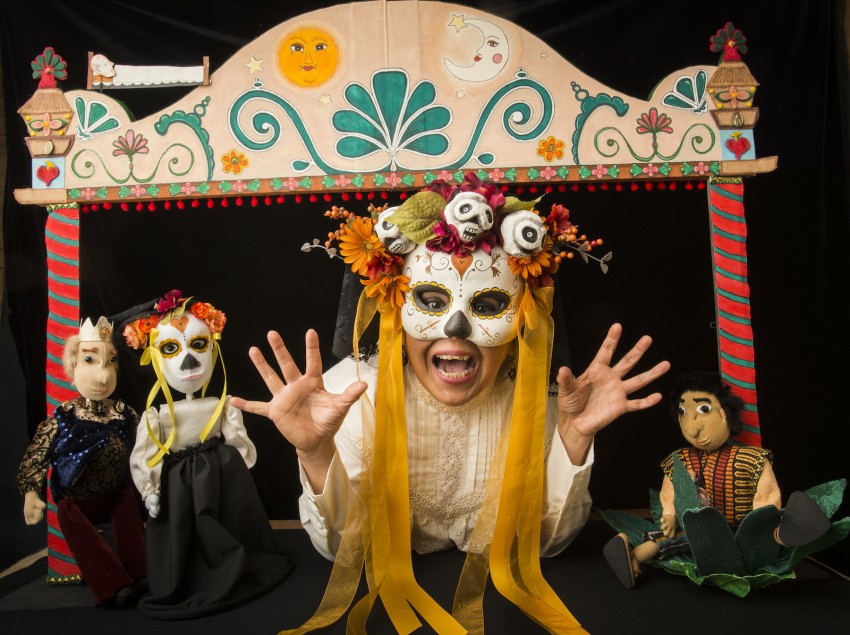 Day of the Dead show!

The Eulenspiegel (OIL-N-SPEEGEL) Puppets delight audiences with a large repertoire of international folktales and historical fiction, including Uncle Rabbit's Adventures, Sal Fink, Catfish Wrangler, The Amazing Adventures of Willy the Woolly, Stories and Cuentos, Little Red Riding Hood, and many others, including all sorts of puppetry workshops!

Be the first to review Eulenspiegel Puppet Theatre

The Eulenspiegel (OIL-N-SPEEGEL) Puppets delight audiences with a large repertoire of international folktales and historical fiction, including Uncle Rabbit's Adventures, Freedom Star; Gertie’s Journey on the Underground Railroad, Sal Fink, Catfish Wrangler, The Amazing Adventures of Willy the Woolly, Stories and Cuentos, The Snow Queen, and many others.
We’re based in Iowa and tour nationally and internationally. We’re known for original scripts, whimsical scenery, live music, and beautifully crafted puppets of many types.
You can bring us to your community for any or all of the following:

1. Performances in schools, festivals, and events for both children and adults.
2. Workshops in puppet construction, writing, and performing.
3. Residencies that culminate in a professional performance and/or teach aspects of puppetry.

We’ll help you pick the activity that best suits your event or community!

Eulenspiegel Puppet Theatre is a non-profit, tax-exempt puppet company organized to promote the art of puppetry by producing and presenting high-quality performances and workshops. The company is committed to educating the public about the arts, serving as a center for the exchange of ideas, and enhancing the quality of community life.
History
Eulenspiegel Puppet Theatre was founded in 1974 as a touring puppet troupe. Founding member Monica Leo was joined by Teri Jean Breitbach early in 1975, and the two performed exclusively as a duo until the 1990's, when they began to incorporate musicians and other puppeteers. Eulenspiegel has been active in the Iowa Arts Council’s Artist in the Schools and Communities Program since 1977. During the 1980’s and early 90’s the company was also active in Wyoming’s Artist in Education Program. From 1981 through ‘91, the puppeteers toured on the Iowa Arts Council’s Summer Touring Arts Team. In 1989, Eulenspiegel Puppet Theatre Co. was incorporated as a non-profit, tax-exempt arts organization for the purpose of providing high quality performances and workshops, educating the public about the art of puppetry, and establishing a regional puppetry center.
Experience
Through the years, the Eulenspiegel Puppeteers have experimented with almost every type of puppet imaginable, have collaborated with musicians, playwrights, directors, designers, and other theater companies, and have worked tirelessly to hone their art form. They have performed at six national Puppeteers of America Festivals, numerous regional festivals, a national festival in the former German Democratic Republic in 1987 (the only company invited from a non-Communist country), international festivals in Austria, Germany, Japan, and the Czech Republic, and national festivals in Germany. In addition, Eulenspiegel has toured in Germany, Japan, Austria and 31 of the 50 states. Eulenspiegel is known for witty scripts, original and expressive puppet designs, soft-sculpted, hand dyed scenery, evocative music, and strong graphics.
Owl Glass Puppetry Center
At Owl Glass Puppetry Center in West Liberty, Iowa, established in 1995, Eulenspiegel has taken an ever-increasing role in community development and outreach, presenting an annual season which includes performances by Eulenspiegel as well as by guest puppet theatres from all over the world. For eleven years, Eulenspiegel sponsored an annual amateur Puppeteers Festival, giving inexperienced puppeteers, third grade through adult, the opportunity to create and present original puppet productions in a festival setting, with consultations and critiques. Other outreach programs include the West Liberty Children’s Festival, the Summer Parade Project (local residents help build giant puppets for the annual County Fair parade), and, annually since 2002, community performances featuring local and area adults as puppeteers and musicians.
Present Day
Current Eulenspiegel personnel include Lead Puppeteer and Managing Director Monica Leo; Outreach Director Cara Calvin McFerren; Musical Director Ron Hillis; Adjunct Puppeteers Justin Cornett and Angela Polowy; Guest Puppeteers Pam Corcoran from Wisconsin and Eli Portugal from Jalapa, Mexico; Costume Designer/Guest Director Susan Short Gilbert, and Associate Duffy DeFrance. Teri Jean Breitbach (7/7/1954-7/11/2012) acts as Guardian Angel.

Eulenspiegel is the recipient of the prestigious 2000 Iowa Arts Award for long term commitment to excellence in the arts.