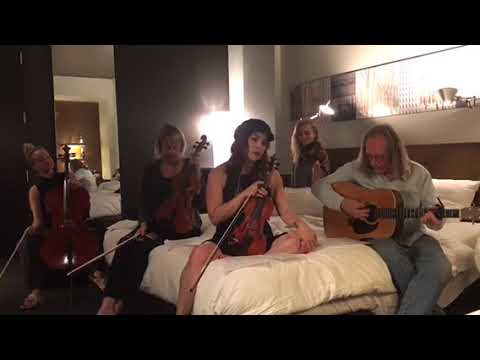 Erica Swindell is a classically trained violinist and vocalist known for her rich tones and passionate playing. She recently toured with the Eagles and Don Henley as first violinist and has performed at many of the most historic venues in the world. Whether it be country or classical, she brings with her a rich background in almost any genre.

We hired Erica for my brother in law’s proposal and it was just perfect.

We had Erica perform during our wedding ceremony and she was wonderful! She arrived early to get a chance to catch up with the organist and played the songs I selected. She did a wonderful job and I received many compliments on her performance. Thanks Erica!!!

I really enjoyed her performance. It was the perfect touch to our perfect night!

The service of Erica was wonderful, I’m thankful to you for showing your support!

I couldn't be happier with Erica's performance. She made my proposal magical!

I was so honored to be a part of your special day!

Erica truly made our surprise wedding spectacular. Besides her incredible talent, she was extremely friendly and accommodating. With less than a week to prepare (we planned the wedding in 3 weeks btw), she learned 5 popular music tracks, personally contacted the venue to learn more about the sound system, and went out of her way to bring additional gear to ensure that the sound quality was the best it could possibly be. Without ever rehearsing with her, she knew exactly what to do and how to pace each song to best fit the moment (Walking down the aisle, the post ceremony song, etc.) We can't speak highly enough about how pleased we were with her performance and her great attitude and willingness to help a couple who were under such a hectic time crunch. We would highly recommend her to anyone having an event or wedding.

Erica Swindell is a classically trained violinist, actress, and vocalist based in New York City. Currently, she is on tour with the Eagles as a violinist as part of The Classic concert series.

As an actor, Erica appeared in the cast of the Tony Award winning musical ONCE both on Broadway at the Jacobs Theatre and in the First National Tour performing on stages throughout the U.S., and internationally in Japan and Canada. In addition to her work in theatre, Erica has worked on camera on the dramatic TV series Quantico and commercially for Alltel Wireless. She holds a BFA in Acting with a minor in musical theatre from Marymount Manhattan College and studied at the British American Drama Academy.

Erica has performed in some of the most storied venues in the U.S. such as The Forum, The Ryman Auditorium, The Beacon, and Austin City Limits Live. She has performed internationally in arenas and concert halls in New Zealand, Australia, Ireland, Sweden, the Netherlands, Canada, and recently at Hyde Park in the U.K. with Don Henley and Carole King.

Her violin can be heard on the American Authors Platinum album Oh, What a Life and has performed live with Ashley Monroe, Jamey Johnson, Martina McBride, Trisha Yearwood, Martie Maguire, and Emily Robison. As half of the new Americana duo The Longest Year, Erica is currently writing and recording a new EP with L.A. based singer-songwriter Brendan Willing James. Her love of performance is such that some nights, between shows and tours, you'll find her jamming at an Irish circle, making music with friends, or busking at a local subway stop.