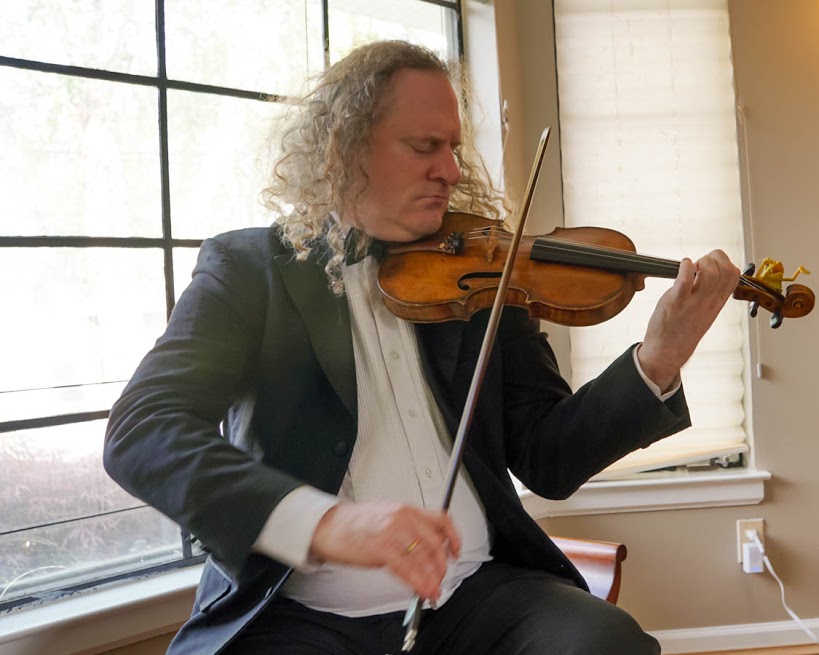 You name it. I can appear by myself or provide any ensemble you request for any concert, party or special event. I perform regularly at Carnegie Hall with some of the best performers in New York City so I draw on them to create whatever ensemble you need so you get the top professionals you expect.

Gregor was a special treat that my family really enjoyed in celebration of our mother's 71st birthday! He is prompt, personable, and extremely talented. We would 100% recommend him for any event and hope to see him again! Thanks for the intimate concert, Gregor! You are fantastic at what you do!

I am sooo happy I went with Gregor for my event. I hired Gregor to help me propose to my GF with an intimate mini concert. The whole proposal relied on his punctuality and locating me and my GF in a giant park. He showed up more than 30 minutes early (highly professional) and everything went super smooth! He also played a beautiful concert for an unforgettable day. I 10/10 would recommend using Gregor for your event. He’s also an honest and transparent guy which makes him super easy to work with.

Thank you Max. It was a pleasure working with you. I wish you and your lovely lady many years of happiness.

Gregor played solo violin for my sister's wedding ceremony a few days ago, and we could not have been more thrilled with his musicianship, professionalism, and personability. He came exceptionally prepared, was communicative throughout the planning process, and his thoughtful artistry set a beautiful tone for the ceremony. Everyone remarked how wonderfully he played! I highly recommend booking Gregor for your event.

You have a great group of family and friends. I wish you nothing but happiness.

Definitely great to have this violinist playing with you he cares about the art and the sound and he is very passionate about his craft. He was worth every dollar respectfully 🙏🏿🙏🏿

Gregor was not only extremely professional, but played with such incredible feeling at my grandfather's funeral mass that our family could not stop talking about his performance for the rest of the day. My grandfather was a violinist and Gregor's music was a beautiful memorial to his legacy as a musician. Thank you, Gregor.

Gregor played wonderfully during our daughter's outdoor wedding ceremony and cocktail hour following. He was extremely responsive to our questions during the planning and coordination for the event. He is very easy to work with and we felt he went out of his way to ensure he provided exactly what we wanted. Gregor arrived early after traveling more than 100 miles to our property and played wonderfully for over two hours. We received so many compliments on his performance from our guests. We highly recommend him for any event!

Gregor not only met our expectations, but exceeded them. A profesional in every way. Thank you so much for lending us a piece of your art!

You did a wonderful thing. I’m so glad I was able to make you both happy. Thank you.

Surely a memorable event. He met me and my to be fiancée at Grand Central and as soon as we walked in he serenaded her with Vivaldi’s winter 2nd movement. She was so surprised and she will forever cherish this moment! He was professional, and he was able to take care all of my requests!

Gregor was outstanding! Such a wonderful person! I could not have been happier. He was responsive to every call and text message. The day of the event he was early and amazed everyone with his beautiful performance. I will definitely request him again.

Gregor Kitzis plays regularly with The Orchestra of St. Lukes at Carnegie Hall, is the concertmaster of Orchestra of Our Time, the first violinist of the Scorchio Electric String Quartet and the Klang String Quartet and is a founding member of The Ouluska Pass Chamber Music Festival in Saranac Lake, N.Y. He has performed Baroque music at Blanche Moyse's New England Bach Festival and on period instruments with The Grand Tour Orchestra, The American Classical Orchestra and Clarion, performed chamber music by Holocaust composers with National Musical Arts (membership consists mostly of principal players of the National Symphony in Washington, D.C.) presented by the National Holocaust Museum, premiered and recorded countless new works with ensembles including Speculum Musicae, The Group For Contemporary Music, Bang On A Can's Spit Orchestra, The Glass Farm Ensemble, the SEM Ensemble, the Albany Symphony, Marin Alsop’s Concordia, Ensemble 21 and North/South Consonance, arranged, performed and recorded for David Bowie, been the string contractor for TV appearances with Enya and performed with artists ranging from Anthony Braxton, Elliot Sharp and Don Byron to John Cage, Morton Feldman, Elliot Carter and George Crumb playing everything from solo and chamber music recitals and Broadway Shows to rock, ragtime, Klezmer, Indian and Tango in venues ranging from Carnegie Hall and Lincoln Center to the late CBGB's, The Kitchen, The Knitting Factory, Saturday Night Live, the David Letterman, Conan O'Brien, Rosie O'Donnell and Jay Leno Shows, and new music and jazz festivals throughout the U.S., Canada and Europe. He also owns an inspiring collection of old French bows featuring examples by Tourte, Grand Adam and Voirin and plays an old, Italian violin made in the 1690’s by Giovanni Grancino.

Of his performance of Nils Vigeland's "Ives Music", The New York Times called it, "scratchier and more mistuned than even Ives would have found amusing."

More recently,(link hidden) reviewed a solo performance with the Albany Symphony at Carnegie Hall in May of 2010 as “authentic, jaw-dropping fiddling” and American Record Guide reviewed the same performance saying “Kitzis stole the show in his procession from one end of Carnegie Hall to another, his violin resonating brilliantly and vanishing with ghostly shivers in Carnegie’s remarkable acoustic.”