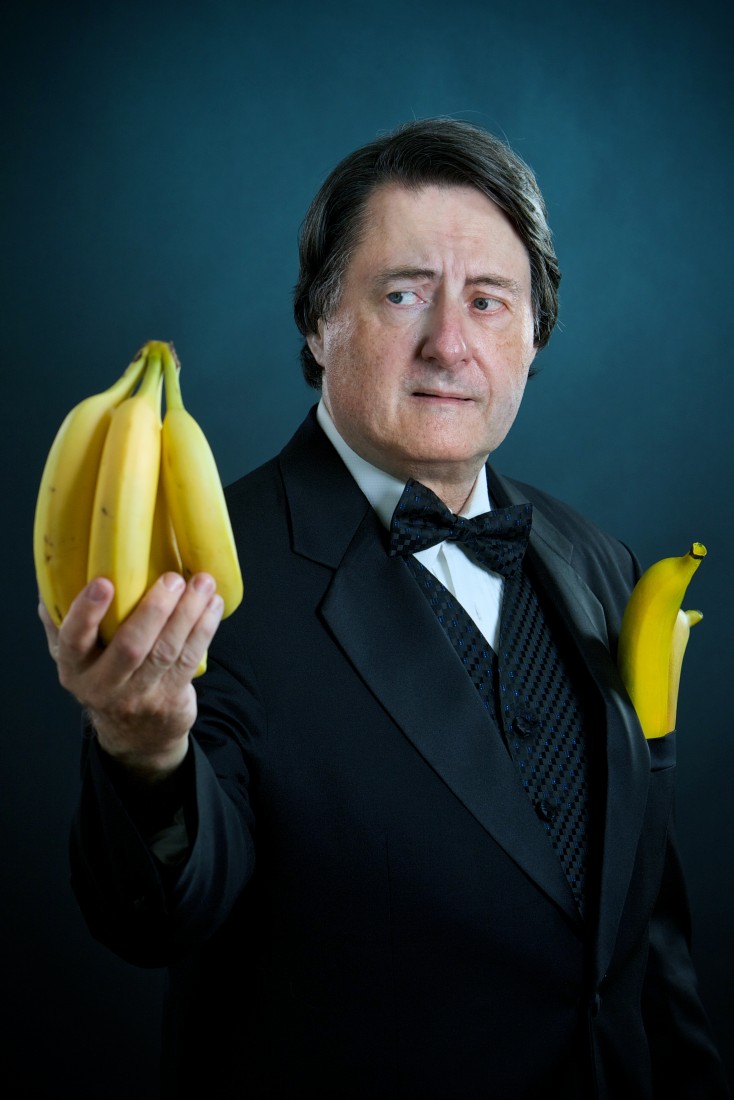 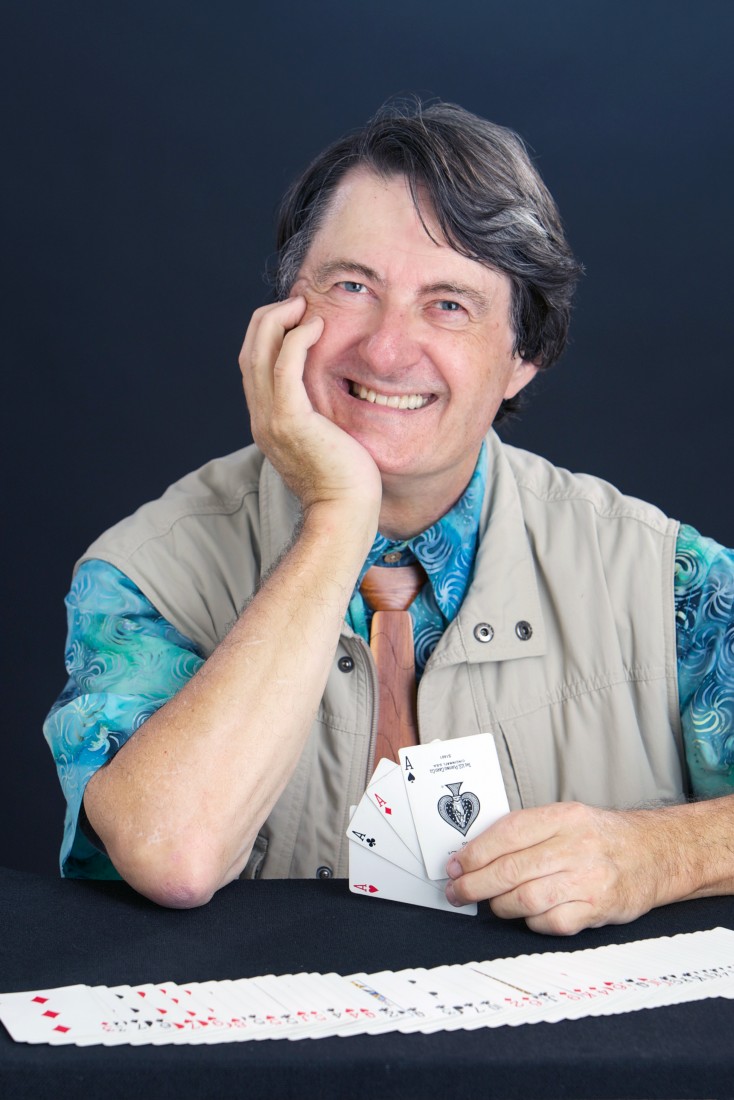 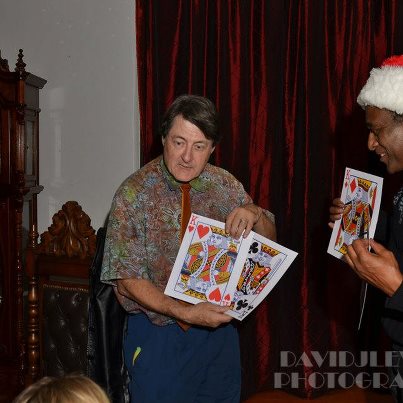 Who Killed the King Routine

Although the amount of time is a factor, I am more concerned about the experience I can give and usually over-deliver on the time I spend at events schedules permitting.

I will travel to almost any location in SoCal, but my fee will reflect compensation for travel time & distance.

I do not use fire, live animals, or do balloon sculptures, juggling, or face-painting,.

Accreditations:
~ Magician Member of the Academy of Magic Arts (aka Magic Castle) in Hollywood for 25 years.

Be the first to review Engaging Live Magic and Puzzles

Most commonly I perform strolling close-up magic at private parties and charity events and/or a 15 - 45 minute stand-up show for small to large audiences. I also act as MC for large banquet events.

I'm based in Los Angeles and been a member of the Academy of Magic Arts (aka Magic Castle in Hollywood) for over 25 years. I am also active in running several local Orange County Magic organizations.

Also performed a 1 hour show for the Masonic Lodge in Downey, a 15 minute stand-up act for a multicultural variety stage show in Brea for about 150 people, a 30 minute stand-up act for an adult private party in Ladera Heights, a 45 minute stand-up show for a Cub Scout Pack in Orange and at a Senior Center in Placentia, along with several hours of strolling close-up magic at adult private and corporate events in Century City, Pacific Palisades, Cerritos, Laguna Hills, Mission Viejo, Anaheim, Redondo Beach, Tarzana, Stephenson Ranch, Simi Valley, Huntington Beach, San Marcos, Vista, and North Hollywood,

I am a regular performer at the Orange County Magic Showcase held at the Rib Trader Restaurant in Orange on the 2nd Wednesday of each month. Occasionally I also perform close-up in the Museum/Pub and impromptu areas of the Magic Castle.

Being a new member, here are some reviews I've received from another booking service:

*****
Todd was great! The crowd loved him. Even though the party was a small, intimate crowd Todd was able to tailor to that. Not to mention his price was very reasonable. I would consider hiring him again :)
Chloe M.

*****
Todd did an amazing job of entertaining us at our family night and dinner at our Lodge. He is very professional and his interaction with our members was fun and exciting for all age groups. He also did a lot of up close card tricks that is mind blowing, and will leave you in amazement. I recommend highly Todd, if you are looking for a great magic show for any venue. You will be very happy you did. We will be a repeat customer of Todd's from now on.
Stephen W.

*****
I was among those in attendance at a Cub Scout pack meeting that Todd was kind enough to perform at. Anyone who has attempted to keep 30-plus young boys (along with parents and siblings) entertained for a full hour would appreciate the way in which Todd was able to capture and hold the audience's attention. He did a terrific job involving the children in his tricks, and very graciously stayed late to demonstrate some of his secret skills. The boys, who are usually more interested in their post-meeting snacks and running around playing tag, eagerly crowded around Todd afterward, to see what more he might show them. In all, an engaging performer that I would highly recommend for children of all ages.
Eldon

*****
He was great!!! We hired him for our son's 5th bday party at Pump it Up in San Marcos Ca. He showed up on time. We didn't have to tell him what to do. He began entertaining as soon as our first guest arrived. Our guest loved him. He had the kids and adults highly excited about his performance. He had entertainment for the whole 2 hours of our gathering. Highly recommend him for any event. He never looked bored or as if he wanted to leave. His prices were very reasonable considering he lives in Orange County. I am glad we hired him because the adults would have been a little bored just standing around as the kids played. Overall.... Very good turn out!
Omar A.

*****
Had Todd perform for my daughters 1 year old party and he did a great job keeping my guests entertained. The adults enjoyed the close up magic as he went table to table. The kids at the party (Ages 1-12) really enjoyed the show as well. The kids were so entertained that Todd stuck around for a while past what his commitment was for. I would recommend Todd to anybdy looking for a magician.
Robert F.

*****
I am very glad I hired Todd for my son's first communion celebration. My son was very happy to be his assistant and learn a few tips! Kids and adults of all ages were entertained by the magic tricks and puzzles. Even guest who didn't speak English were able to participate. Todd truly impressed us. My son is still talking about it days later!
Berenice S.

20 min to set up my stand-up routine props