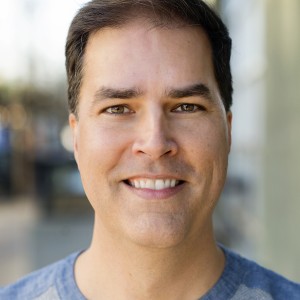 Don Hoffman is known for his rich and expressive voice. He specializes in powerful, moving performances of great arias and show tunes from operas and musicals including "Ol' Man River", "Some Enchanted Evening", the Toreador song from "Carmen" as well as favorites from Mozart's "The Marriage of Figaro", Rossini's "The Barber of Seville", Gounod's "Faust" and others. Special requests are always welcome; duets and ensembles with other singers can be added as well. Performances can be with piano or karaoke-style orchestral accompaniment. The perfect voice for a special occasion.

We have monthly entertainment at my apartment complex for seniors. We have had some other opera singers. Don was the best! His voice is amazing! He does a good balance of songs. He is worth every penny!

Don Hoffman, bass-baritone, has been praised for his "handsome, suave and confident" presence across repertoire that includes opera, oratorio and modern works. A native of New Orleans, he graduated from Amherst College where he was active in numerous choirs, studied vocal performance at Loyola University, and made his professional debut with New Orleans Opera, appearing in more than 20 productions and singing lead roles in Don Giovanni and The Elixir of Love. While living in Paris, he was a frequent guest soloist with the Paris Choral Society, performing works by Handel, Rossini, Saint-Saëns and Susa and participating in the Festival de Musique Sacrée in Rocamadour.

While based in Los Angeles, he was a featured vocalist with the popular Angel City Chorale and joined that ensemble for the world premiere of a new work by Grammy Award-winning composer Christopher Tin at Carnegie Hall. A frequent performer on Bay Area stages, he recently sang Beethoven's Symphony No. 9 with the Diablo Valley Orchestra, Sharpless (Madama Butterfly) with the East Bay Royal English Opera, Angelotti (Tosca) for Verismo Opera, and Messiah at the historic El Campanil Theatre. He studies in San Francisco with acclaimed operatic bass Gregory Stapp.