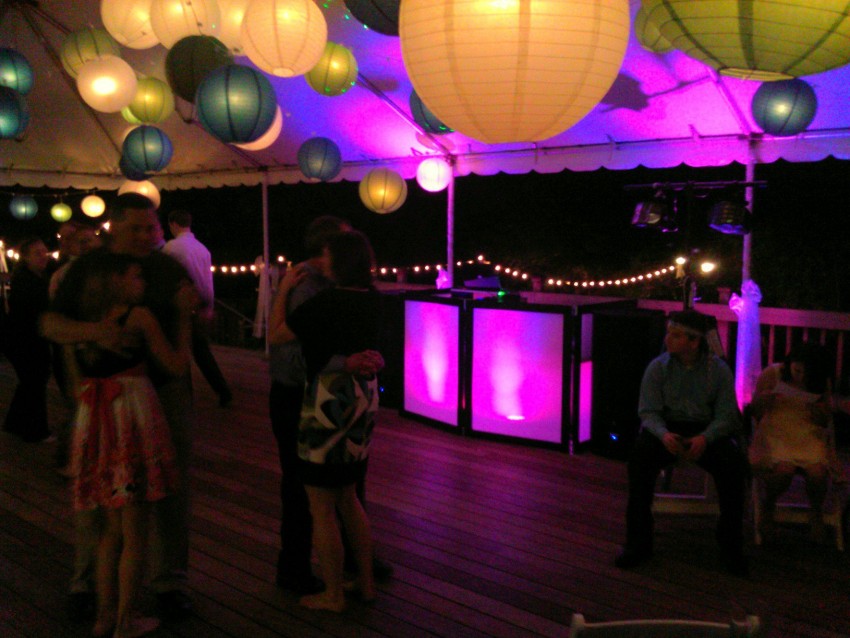 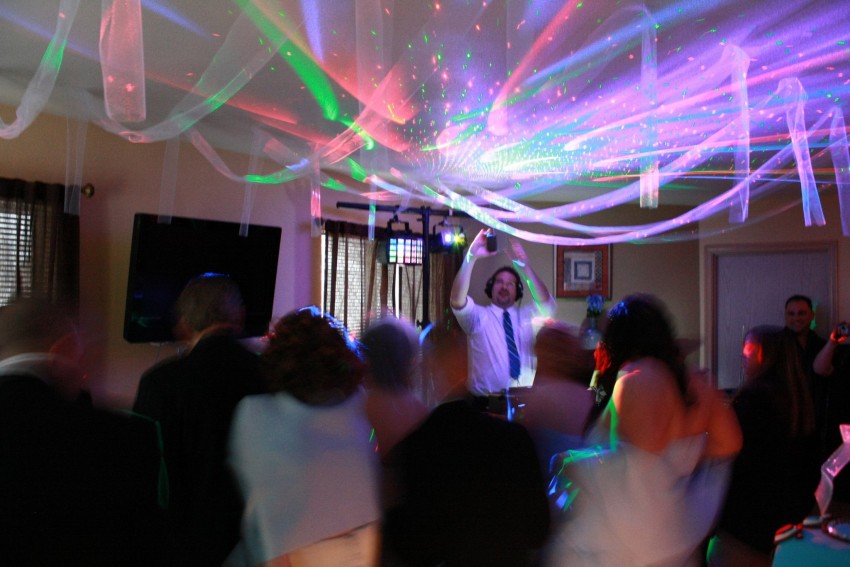 Thanks for the great event, DJ Thumb

DJ Thumb and his assistant did a great job. He was prompt and incredibly helpful throughout. Excellent communication prior to our event.

We really enjoyed your group, let us know how we can help out in your future events!

If you hire me as your event entertainment, you are getting a qualified, experienced performer. I have other skills such as planning and coordination, project management, and emcee - all of which I include as a full-service entertainment offering.

When playing music, I attempt to create moments on the dance floor. This is accomplished through the use of music at the right moment. A slow dance to engage couples, high energy songs to inspire and take the party to the next level, or perhaps a change in genre to encourage wallflowers to take a step onto the dance floor. I am not a monkey with a microphone, I let the music speak. I trust in my transitions and ability to create the best party.

For planning your event, I employ an online planning site powered by technology created by (link hidden). Planning becomes a breeze with intuitive, fill-in-the-blank forms. It includes an online song database with search, and event element scheduling.

I've always had a love of music since I was a youth growing up with AM radio. I listened to a lot of pop, country, rock, and the early pioneers of urban music also known as breaking. I had a moderate interest in playing music publicly but mostly spent hours listening to hits on the radio and following Casey Casum's weekly top 40. A few decades passed and my interests were in other things such as computers and high tech.

In the mid 90s, I tried karaoke for the first time and found that I liked singing in public. A lot! By 2002, I looked for and found a job working as a karaoke host, and playing bumper music in between singers. I started to experiment with playing bumper music and matching beats together and practicing mixing songs smoothly using a laptop and audio files on an external drive.

I was first hired as a DJ for a wedding in 2006 for someone that was a regular at the bar I worked at. I had never considered doing it as a profession but a light clicked on in my head, and I knew it was a path I should take. I started to get more serious about my approach to playing music publicly, and also the equipment I used.

Today, I use online planning software to assist in the planning stages for events. I also subscribe to several record pools so that I can stay current with music. I use a computer with professional DJ software, and use a DJ controller to interface with the music. I'm improving my techniques and methods of playing music constantly and have plans this year to upgrade my equipment, such as higher quality speakers, a laptop with higher capacity processing and RAM, and a higher level DJ controller such as the Pioneer DDJ-SX2.

I look forward to helping you create the best party - contact me today!

My equipment requires a minimum of one steady-current 120V 15A power source. My power consumption is lessened, due to the fact that I use powered speakers that use a Class D power amp built in. By using powered speakers, I don't require a heavy current drawing amplifier. I also have battery powered effect lighting to have less of a grid footprint.

My song collection is extensive and current. There are some genres that I am not versed on, such as Cumbia and other Latin music. I admit it isn't my specialty however I am a thorough researcher. If you have what might be considered an eclectic taste, I can accommodate by knowing more about you and your music tastes.

I'm a huge fan of several music styles. I grew up listening to country, hip-hop, break music, classic rock, and new wave. I am a fan of mashups and remixes. It inspires me to try my own mashups and blends.

To perform, I require that minimally there is a 6' table with covering, and an outlet with a regulated power source.