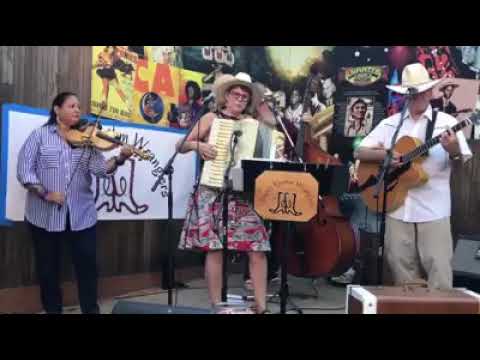 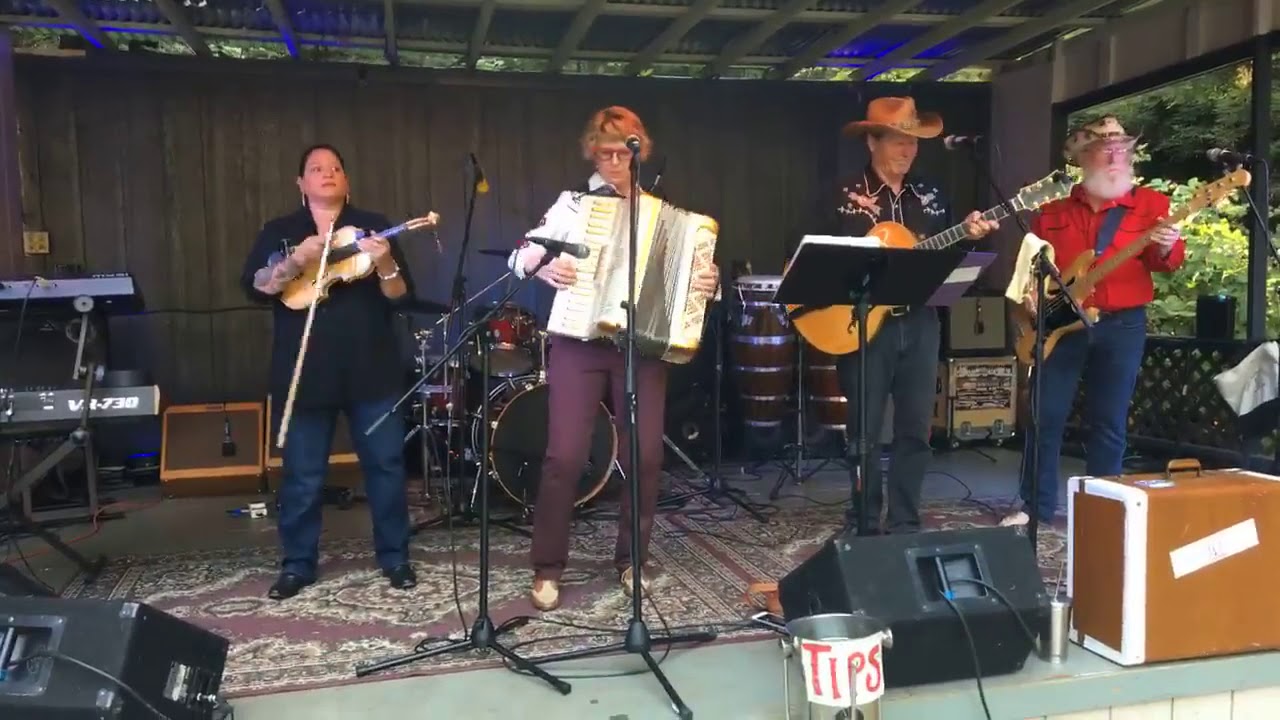 It's All Your Fault 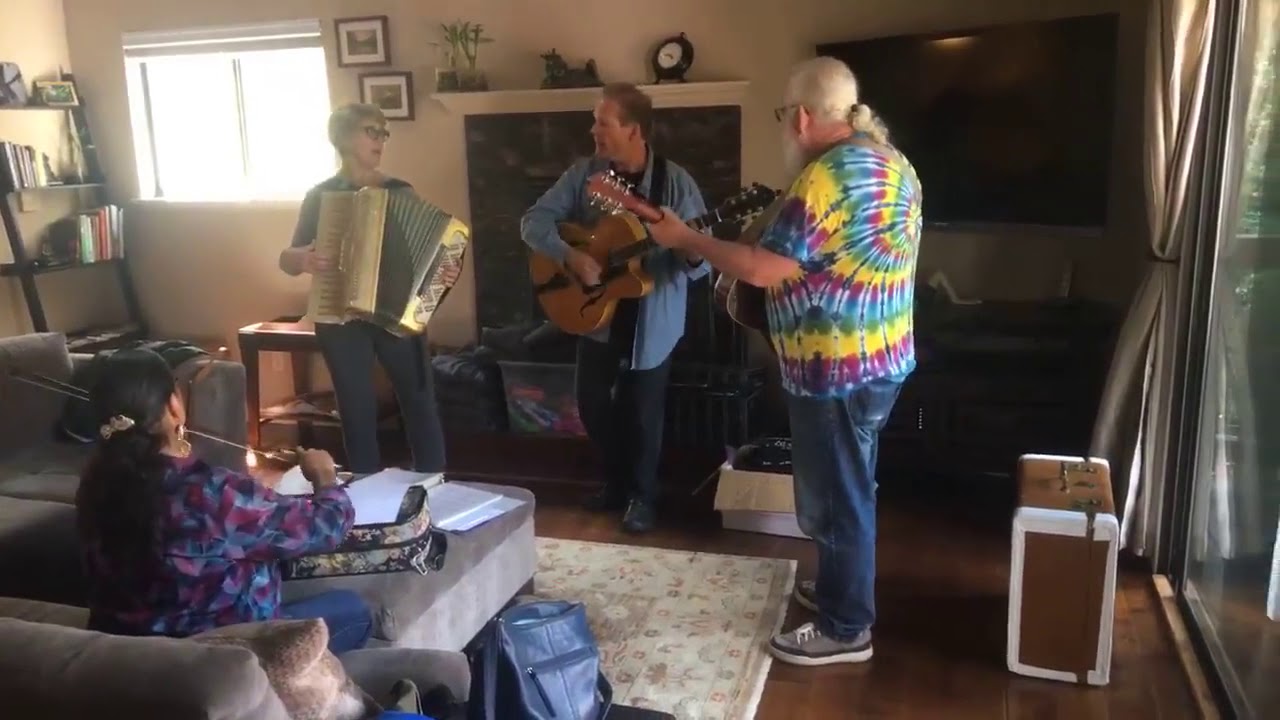 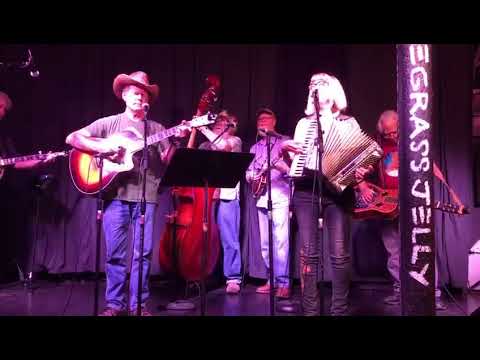 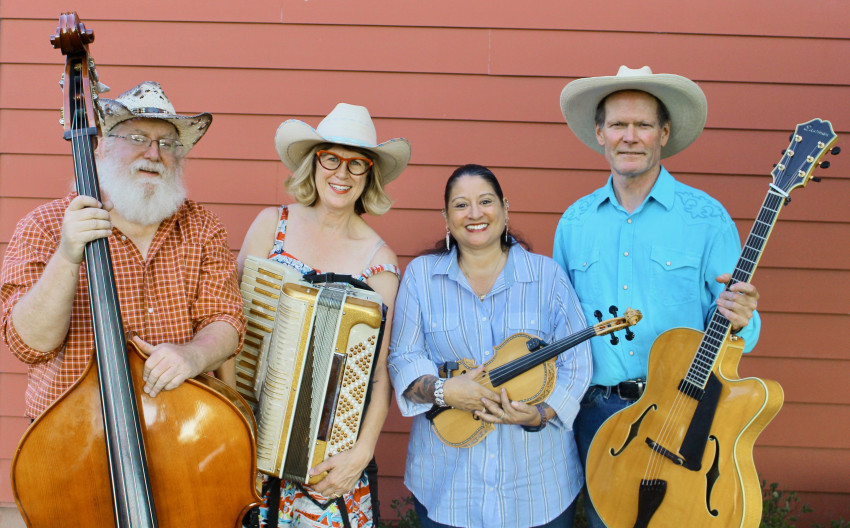 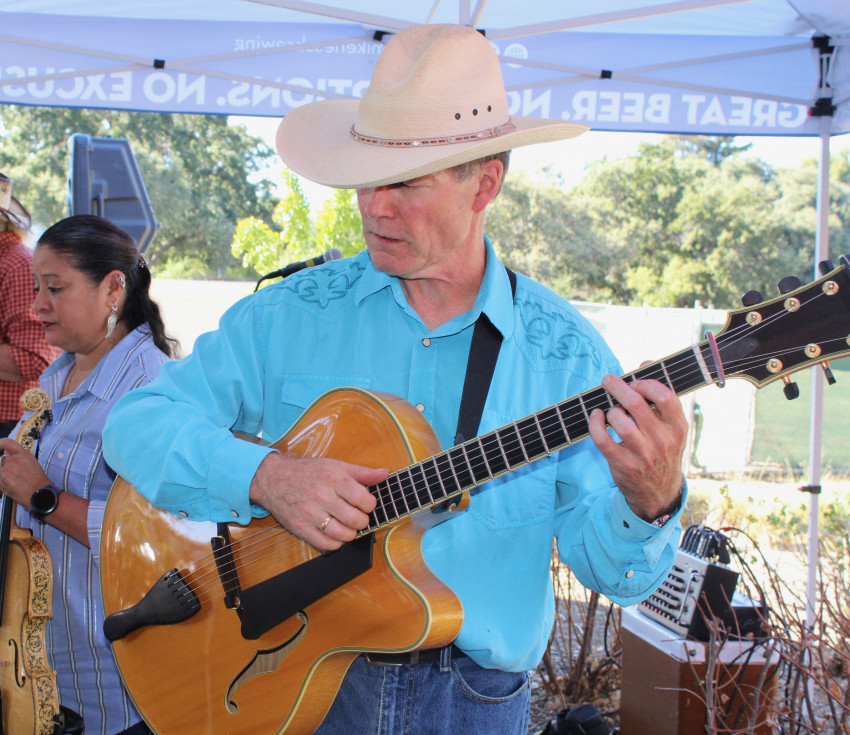 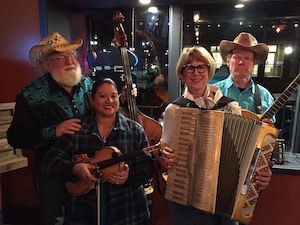 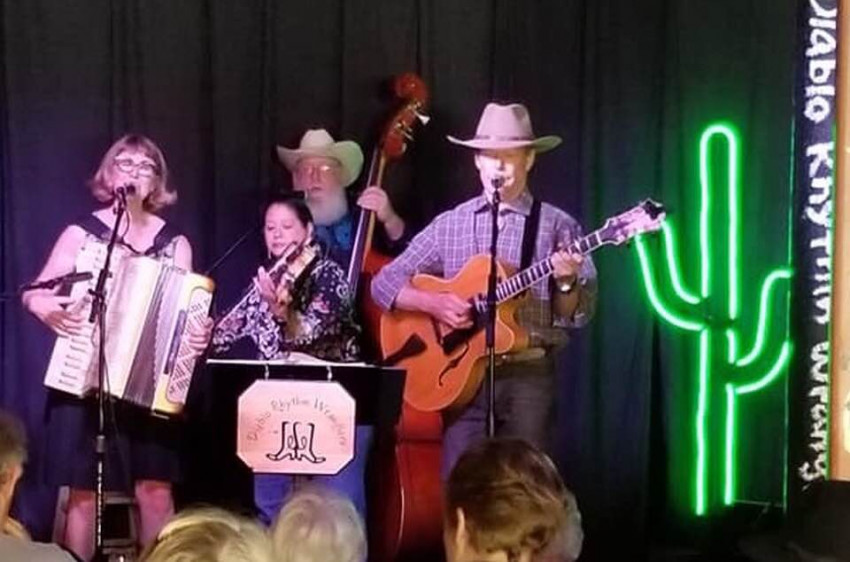 The Diablo Rhythm Wranglers play catchy (ok, irresistible) songs in the Country/Western Swing/Americana genre, and their charm positively jumps off the stage and is projected throughout the room. Featuring lush vocal harmonies, tasty guitar licks, awesome accordion and sweet fiddle, you’ll be transported back to a musical place you remember from long ago.
The Diablo Rhythm Wranglers are delighted to share their renditions of the works of Texas Swing greats Bob Wills and Cindy Walker, cowboy songs and tunes made famous by country legends Johnny Cash, Patsy Cline, Hank Williams, Willie Nelson, Merle Haggard, and many more. Good time dance music!
We perform as a duo, trio, quartet or more!

Absolutely delightful had lots of fun!

Thank you for including us in such a great celebration !

When my friends and I hear that Diablo Rhythm Wranglers are performing we drop everything, don our cowboy hats and boots, and get ready to dance. The band never disappoints and the chemistry between the two lead singers, Deb and Doug is palpable...similar to Johnny and June Cash.

The Diablo Rhythm Wranglers are playing authentic Western, Western Swing, and Cowboy music, and doing it right. Go see them if you have the chance.

Rhythm Wranglers are a Pure Pleasure.

I've booked the Diablo Rhythm Wranglers for my church on multiple occasions. They are crowd pleasers. While not a "Christian" band, they tailored their music perfectly for our events and provided a great musical experience. This is not my only experience with these guys. They play lively, fun music all over the area and great for any venue.

They were so entertaining, all of my guests loved them. I had a large private party at my house with 80 people or so and people danced, clapped and tapped their feet. They are a very professional group and very talented musicians and tailor their songs to your preferences. I wanted lively music and that’s what they delivered!

Diablo Rhythm Wranglers will bring uplifting, danceable, nostalgic songs and just plain fun to your event. We will remind your grandparents of the songs they knew well and at the same performance, we'll mesmerize the small children with our version of "Wheels on the Bus." We'll bring on the romance with a Patsy Cline ballad or a cowboy song and then get you rocking and swinging with our mostly upbeat repertoire. Featuring lush vocal harmonies, tasty guitar licks, awesome accordion and sweet fiddle, you’ll be transported back to a musical place you remember from long ago.

We do not have a drummer so our sound can be as quiet as you like. We are as happy playing in the background as we are bringing on a full show. We show up (on time) in western costumes ready to charm the boots off your guests.

We are a fun alternative to Americana, jazz or rock and work well for nostalgia and cowboy themed events.

Doug Wendt - guitar and vocals. Doug holds a degree in classical guitar performance from Cal State of the East Bay and music is his full time livelihood between teaching and performing. For over ten years, he was the guitarist and musical director of the jazz quartet Dangerous Martini. Doug and his wife Deborah Kuhl also perform as the duo Squeeze Box. Both Debbie and Doug are members of the California Bluegrass Association.

Deborah (Debbie) Kuhl Wendt - accordion and vocals. Deborah was previously known in the Bay Area as a singer/pianist performing French music and jazz standards. A classically trained vocalist, she is also a songwriter. Her past experience included playing keyboards for the Austin, Texas based ska band “The Twistyze.” A piano player since early childhood, she began to play accordion when she became interested in the Western Swing genre. CD Credits: 1 - “Carte Postale” (French and American standards). 2- “Original” (20 original songs)

Bruce Campbell - bass and vocals. Bruce is a fixture in the Bay Area music scene also performing as lead guitarist with Garageland Rodeo (rock), and as bassist with bluegrass bands The Whiskey Brothers, and the Blue Moon Brothers and the Porch Pirates, to name a few. He performed previously with the Hopeful Romantics (Americana) and the Alhambra Valley Band. A songwriter, he is the author of local cult song “Jesus of Roswell.” Bruce has served as a board member of the California Bluegrass Association for over ten years.

Ken Smith - pedal steel and mandolin. Ken Smith is a maestro on bluegrass mandolin who enthusiastically agreed to play pedal steel for the Diablo Rhythm Wranglers. Ken’s musicality shows through on any collaboration, while playing any instrument, including voice. He’s a Bay Area legend and a long time member of the California Bluegrass Association.

Maria Murillo – fiddle. Maria's performing experience included years with Mariachi bands before her collaborations with Mike Stenberg in their duo Bonafide and trio Ain't Misbehavin. A master of many styles, she is one of the busiest violin teachers in the East Bay. When Maria isn't performing or teaching, she is most likely studying one of the many other instruments she plays including piano, cello, mandolin, banjo, ukelele and clarinet to name a few. Maria is a member of the California Bluegrass Association.

You Belong to Me – Debbie
Why Don’t You Love Me Like You Used To Do? - Debbie