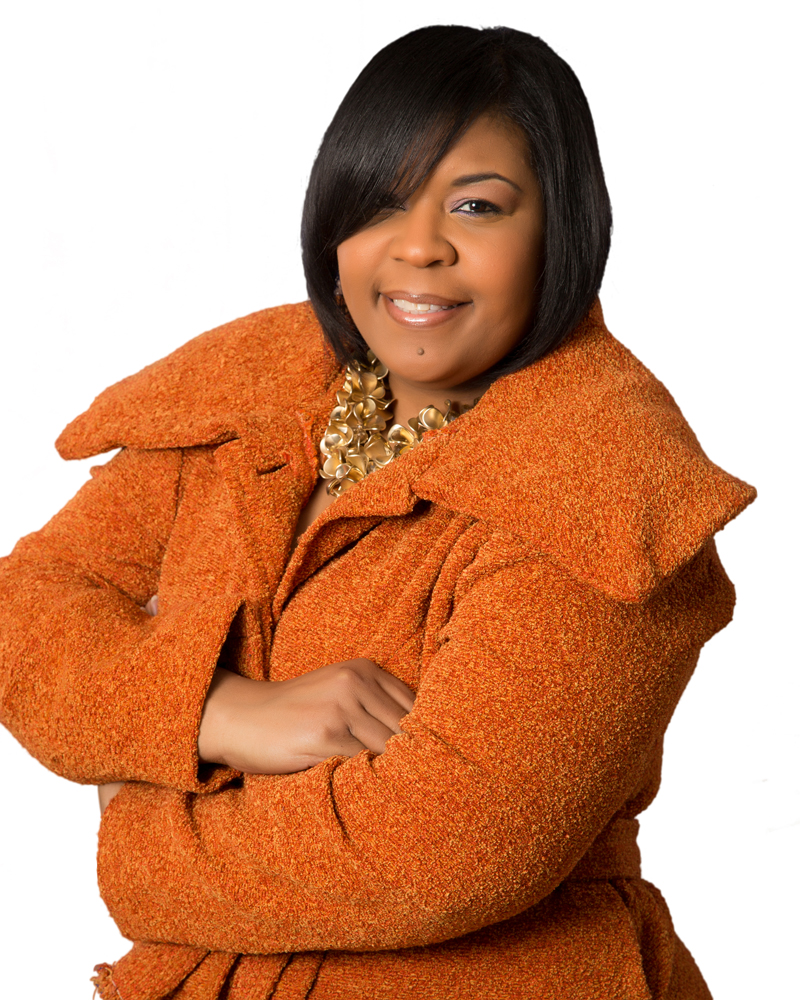 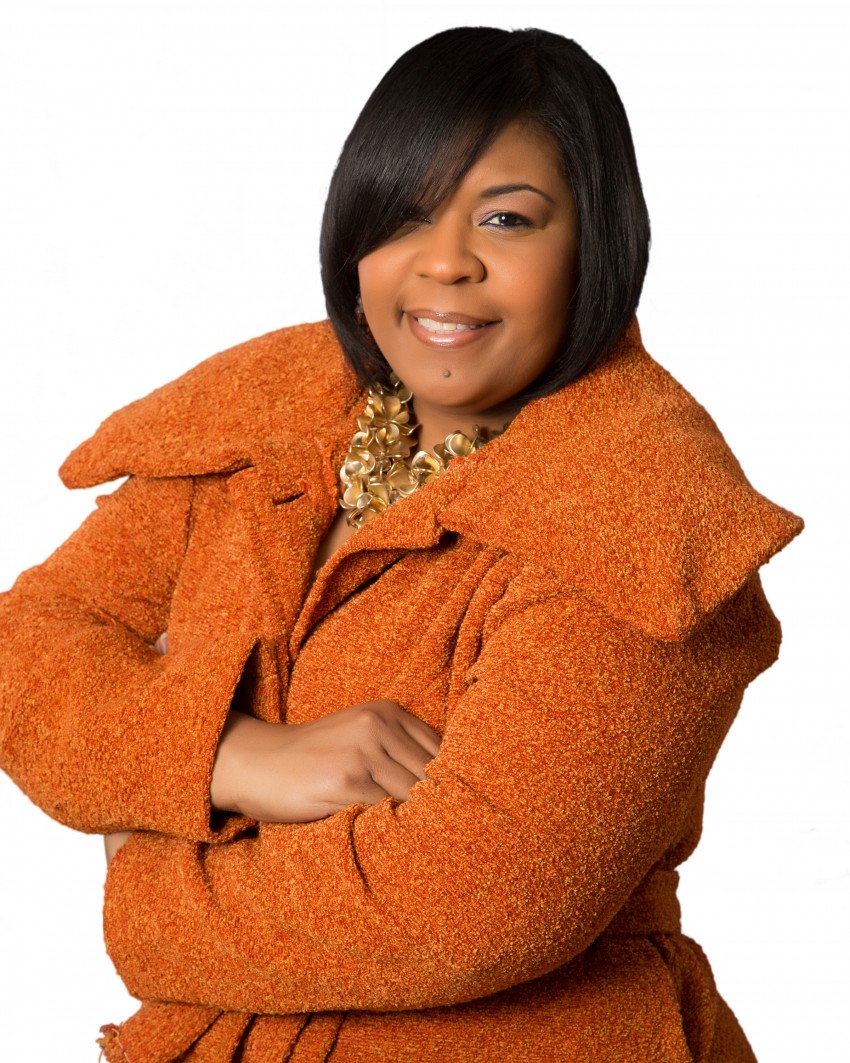 Offering in-your-face, sidesplitting comedy with no profanity. I perform at churches, clubs and even funerals! I do private parties such as birthdays anniversaries, weddings and showers; also, fundraisers and corporate events. Voted as "Detroit's New Queen of Comedy in 2006, I can give you a comedy experience of a lifetime. My comedy is for ALL people.

Loved every minute of her performance.

Totally worth every dollar!

First experience in hiring entertainment for church banquet. I wanted a comedian that not just provided clean jokes but many of her jokes where based on scripture with a funny interpretation. She is professional and hillariously funny. It won't be a dry eye around. You won't be disappointed. Definitely plan to hire her again.

We loved every moment of her hilarious presentation.

Crystal did a fantastic job entertaining the crowd at our church's anniversary banquet. Highly recommend her for your next event.

Crystal P. was incredibly funny, Her performance was great!

Crystal P. is the ultimate professional!, From booking to performance, she is truly a blessing!
Here performance was hilarious! She had the audience in tears, non stop laughter.

Thank you so much. God bless you and Mrs. Shirley on her 75th birthday. I am so glad that I was able to provide comedy entertainment for her and your guests.

Wow! What an amazing time we had. Our guest had a great time. They laughed themselves to tears. It was good clean comedy. Perfect for the setting. Crystal is very talented and professional. It's hard not to enjoy someone who makes themselves comfortable with their surroundings and makes hosting her such a joy. We absolutely LOVED her.

Crystal P was such a hit! Everyone laughed out loud throughout the show! Crystal P is a true performer and she was on point! Her entertainment for my event WAS the icing on the cake!! Very entertaining and I wouldn't hesitate to book her again!

This was our first time sponsoring an event like this. From my first contact with Crystal until the event she patiently walked me through it. She held my hand by keeping in contact with me. She arrived on time and got to know people that she later placed in her skit to personalize the show for us. I would hire her again in a heartbeat. We are one week out and people are still talking about her. I'm sharing a picture of Crystal P, (in the red dress) and the Bishop's Chorale from our event. Thank you Crystal!

Situational comedy, stories, one-liners about family, relationships, sports and everyday life happenings. Expect fun, interaction and not to walk out the same way you walked in.

Comedienne, actress, singer, flutist and full-figured model, Crystal P., while growing up in Royal Oak Township, always knew she wanted to be a part of the entertainment industry. That thought wasn’t too farfetched seeing that she was voted the Class Clown of her graduating class
at Oak Park High School.

In 2004, persuaded by her best friend, Crystal P. fled Michigan to Los Angeles for an audition and ultimately got her feet wet on the stage of the Laugh Factory and was bitten by the comedy bug. This was her confirmation that comedy was indeed her calling. She returned to Michigan and began hitting every stage imaginable.

A year later, Crystal P. was convinced to audition to be the opening act for Walter Latham’s P. Diddy’s Bad Boys of Comedy at the Fox Theater in Detroit. Her test was to compete against five other comedians and make the listeners of FM 98 WJLB laugh via the radio airwaves. Crystal P. passed this test with flying colors taking 83% of the votes cast to be the opening act and taking the title Royal Crown’s Crowned Comedian.

A year after that, Crystal P. received numerous phone calls from her friends and even her mother advising her to compete to open for one of the Kings of Comedy, Steve Harvey, at the Fox Theater in Detroit. Wrestling with the decision to compete, Crystal P. received a call from Mix
92.3’s radio personality, Ramona Prater, urging her to compete. Knocking off 75 of Detroit’s funniest and best, Crystal P. was given the title Detroit’s New Queen of Comedy and her first major paycheck. With the title, Crystal P. had enough credibility to be booked at all of the major
comedy clubs, colleges, churches and private parties in Michigan, Ohio, Illinois, Indiana, Los Angeles, Atlanta, New York, New Jersey, Texas, Tennessee, Kansas, North Carolina, Virginia, Missouri, Kansas and even Canada and Bermuda.

In addition to Steve Harvey, Crystal P. has opened for "The Boss," Diana Ross, CeCe Winans, Tracy Morgan, Incognito and many others. She has been before audiences of up to 7,500 not including radio audiences.

When Crystal P. isn’t performing as a comedienne, she’s on stage in other capacities….actress and model! Crystal P. was featured in the hit gospel stage play Boss Lady which was released on DVD nationwide in Wal-Mart and online at Target, Best Buy and Amazon. She was also featured in In My Father’s House, Is It Still Good to You, Color Blind, The Night I Fell in Love and Unequally Yoked. She was also in the comedy/murder mystery, A Killer Workout and was in Honor and Shame where she portrayed and delivered a stunning performance as Nina Simone, taking her out of her comedic element. She’s been in several films as well. Her most recent project includes Pawn Shop starring the Saturday Night Live original and comedic genius, Garrett Morris along with comedian Joe Torry and Reynaldo Rey.

Crystal P. also strutted her stuff on New York’s catwalk for the Art of Curves Fashion show, which benefitted Mary Ida Vandross’ Divabetics Foundation and in Rodney Howell’s Hairshion Hair and Fashion show which benefitted the cause for AIDS. She has modeled for Thick Madam Boutique and has appeared in several ads for the store.

Crystal P. picked up another title recently….“radio show sidekick.” She’s co-hosted Your Voice with Angelo Henderson on Radio One’s AM 1200/FM 99.9 in Detroit along with filling in as the lead host in Angelo’s absence. She’s also hosted and co-hosted on Center Stage with Nikki G. on Blog Talk Radio, The Chris Kelly Show on SVMix Radio and she was known as the Cheap Trick Queen on the Kickin’ it wit Kelia Karson syndicated radio show.

Crystal P. has appeared on Showtime at the Apollo, NBC’s Last Comic Standing and recorded A Time to Laugh with Vickie Winans for B.E.T. Other comedy credits include being part of Jonathan Slocumb’s Cuss-free Comedy Tour, Laughalujah, Two Jokers and A Queen Comedy Tour, The Hood Kings of Comedy and being chosen as the Washington DC Regional Finalist for the Gospel Superfest.

When Crystal P. isn’t on stage, she is directing her energies towards her philanthropic efforts by serving as the director of the L.A.U.G.H. Foundation which focuses on providing scholarships, tutoring services and funding for children to travel abroad. Crystal P. believes in sowing in the lives of children and supporting them in their endeavors because “the children are our future.”

The motto she lives by is: The purpose of life is to have a life of purpose. And her favorite scripture is Proverbs 17:22 – A merry heart doeth good like a medicine: but a broken spirit drieth the bones.

Cordless microphone is preferred or a corded microphone with at least 25 feet of cord. A stool or chair is also required. Rider sent when contract is sent.