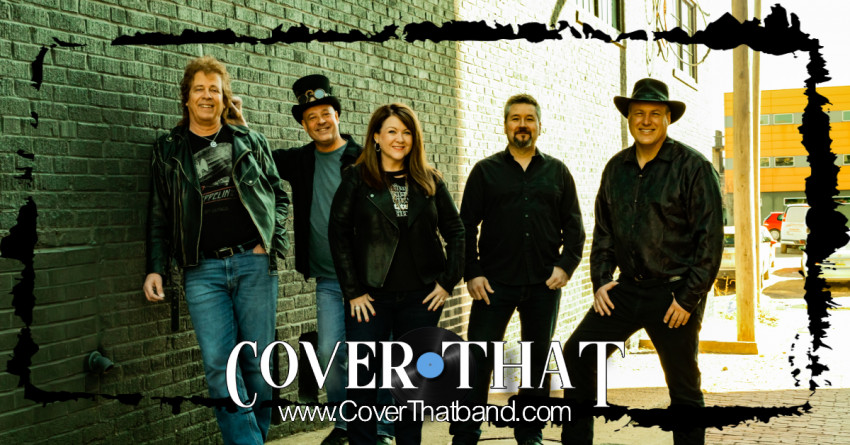 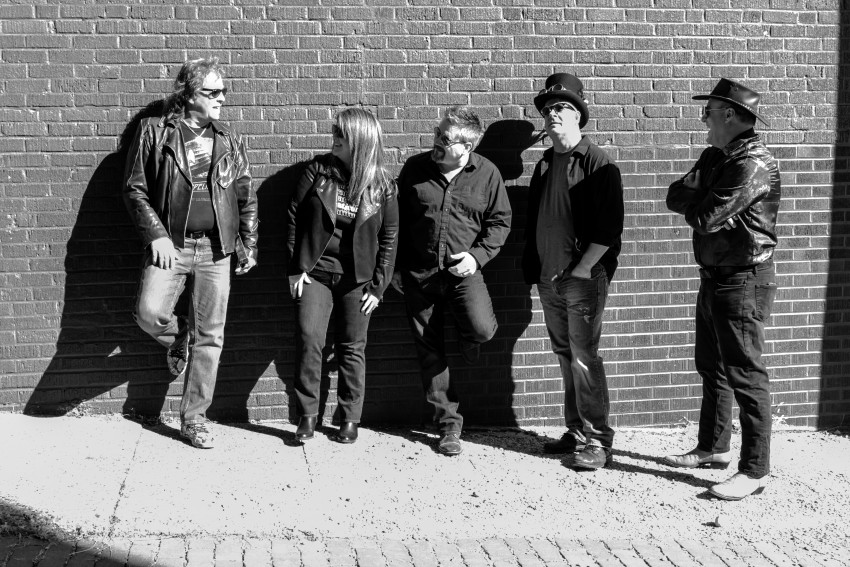 Cover That provides entertaining live music for festivals, weddings, casinos, assorted venues, as well as various private & corporate events. Cover That are a group of professional musicians with storied careers playing in front of crowds of all sizes, from small crowds in coffee shops and bars to thousands at festivals, beaches, casinos, and large-scale event centers.

Be the first to review Cover That

Cover That specializes in performing the top Pop & Rock Hits of Yesterday. Our full performance and the high-energy shows include our professional sound system, dynamic lighting, and the best songs to dance to and sing along with. Custom song lists available.

Barb Baker Miller providing lead vocals, is a proud Des Moines native. She has toured nationally singing to crowds across the country, worked for Carnival Cruise Lines, and was inducted into the Iowa Rock & Roll Hall of Fame in 2017. She has enjoyed playing locally with longtime bands such as Dr. Feelgood and The Bob Pace Band. Barb's range covers the spectrum of Rock, Pop, & Country opening up the options for all of your favorite hit songs.

Chris Pierson on lead guitar has been playing guitar since a wee one. Chris has played guitar regularly at his church, as well as playing in countless bands and projects across the States of Iowa and Minnesota for some of the largest gatherings that include RAGBRAI, DAM TO DAM, and more! Chris has played in musicals, variety groups, weddings & private events, in front of thousands of concert-goers playing Country, Rock, and Pop hits.

Eric Jones laying down the bass lines. Eric started in the Lone Star State of Texas in the 80s, moving on to touring and playing for crowds from Cincinnati to Iowa. Eric has some of the best talents in the midwest and has played side by side with local and national acts sharing the stage with countless musicians and acts such as Firehouse, Black Stone Cherry, Kix, and more!

Dale Rupp on drums, percussion, & effects. Dale has been out on the road professionally drumming since the mid-70s. Dale’s regional musical encounters include the “The Buzz Band”, “Full Tilt”, “Jason Brown band”, “Toad Holler All-Stars”, “Big Rig”, “Bob Pace”, and “Red Dirt Renegade” and the well-known “Abby Normal”. Dale has shared the stage with an abundance of local and regional greats, as well as National acts such as "Wet Willy", "Charlie Daniels band", “Black Hawk”, “Brownsville Station”, and many more!

Christian "Keys" Connett handles the keyboards, rhythm guitar, backing vocals & acoustic guitar. Christian has been playing keyboards ever since he could touch a piano and guitar since the early 90s and played tours throughout the midwest and the East coast playing Rock, Metal, Pop, Acoustic, & Electronica, as well as composing music for independent film scores. Keys has shared concert bills with native Iowans Slipknot & Stone Sour, as well as Deftones, Sevendust, and several others!

Cover That band utilizes top-of-line professional gear and instruments. We pride ourselves on performing with world-class equipment from some of the best names in the business.

Setlist customized for each event. Event holder may designate/request specific songs, and / or song order.

Stage area to have support for 5 adults plus instruments & gear.

Janelle S. said “Zachary not only performed once for us, but twice and both were exceptional! Many attendees followed-up after the event to ask who performed.” 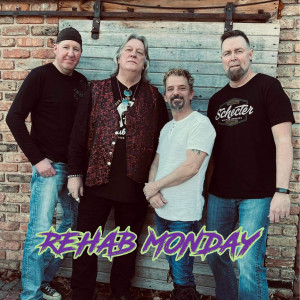 High energy band that plays Alternative Rock/Classic Rock/Country songs to get the crowd up and dancing. We heavily promote our events and have a good following.…