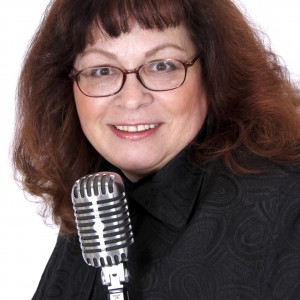 Comedian Mary Ann DeMoss will provide comedy at your next event! This award winning entertainer has performed at comedy clubs, universities, parties, military bases and church events world-wide. Known for her many colorful on-stage characters, Mary Ann has been featured on BET Comic View, Comedy Jam Live, and Mrs. Fang's Table. She's also a member of the comedy troupe, "The Comedy Clique". Miss DeMoss stars in her own one-woman-show "Life In The Fast Lane" which she wrote and directed. Look for her best selling DVD's, "MAD in Detroit" and the new "I Am Misty Moss". Mary Ann DeMoss is a funny comedian!

Mary Ann was awesome. From the minute she took the 'stage' she had command of her high school audience. She was relevant, funny, and engaging with the students. I look forward to seeing her perform at an adult comedy show!

I appreciate attending and performing at Sterling Heights High School! It was a great experience, thanks so much.

Very sharp and very funny. She has also been extremely helpful with our monthly comedy show. Thanks Mary Ann.

Thanks, Brian, I love the Amvets!

OMG What a Funny Funny Lady

I saw Mary Ann last night at Bert's Warehouse as part of the "I love My Mama Comedy Show", she was absolutely HARLARIOUS! I laugh from the beginning to the end of her routine. The characters were insane... You have a new fan for sure!!! I look forward to seeing you again.

My act depends on who I'm performing for. I always try to cater to whatever audience I'm blessed with that evening; senior citizens, high schools, or a bar and club croud. I also perform at many day gigs and meetings and always perform a show that is appropriate-and funny!

I'm a funny stand-up comedian that is easy to work with. I have a comedy club act and just as easily perform at corporate and church events and meetings. I've been entertaining for 12 years and have many references from club and business owners. Some of my references include Macomb County Sheriff Department, many VFW's, Mount Clemens General Hospital, Saint Anne's Church and School, The Comedy Castle, The comic Vibe and many more. I hope to work with you soon!

All I need is a mic, a speaker and some lighting. If you don't have this, no problem! I'll bring my own.