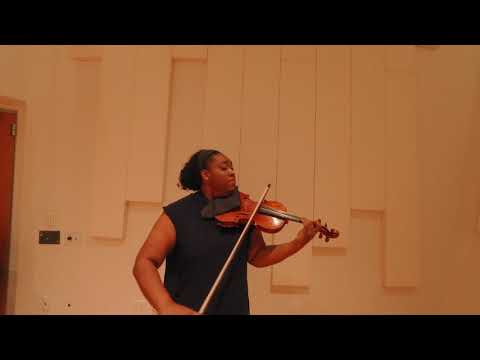 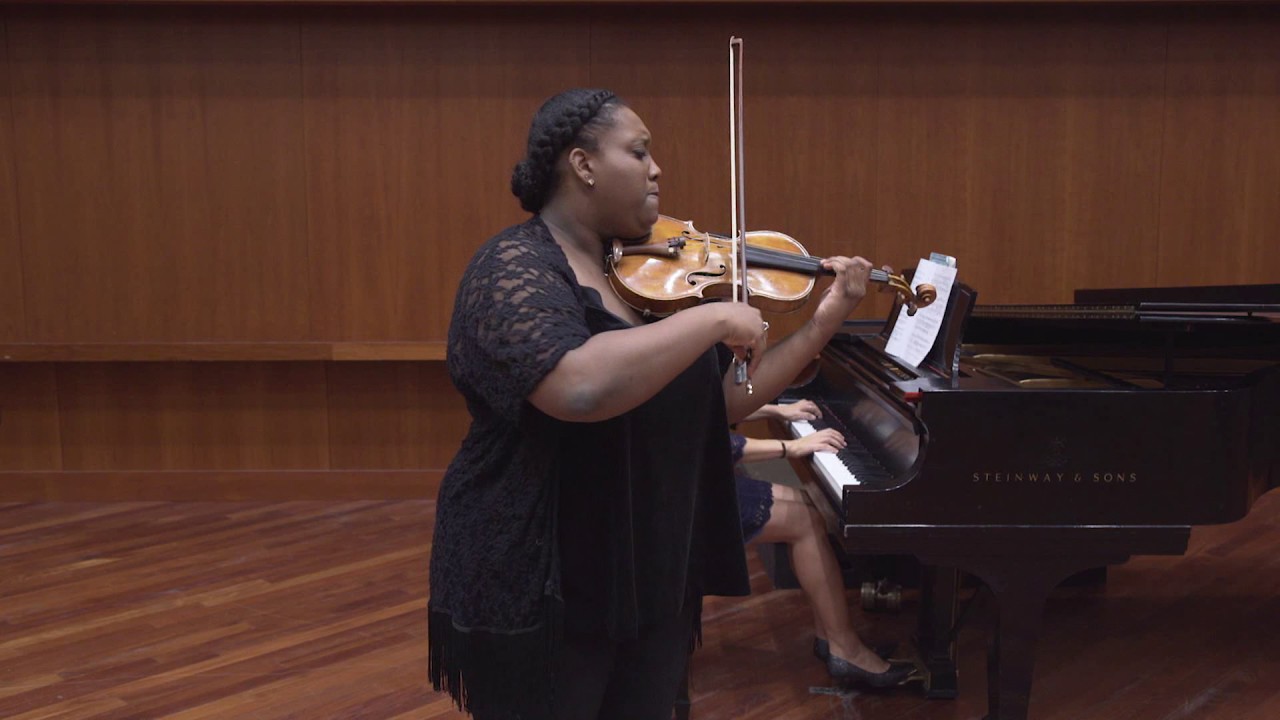 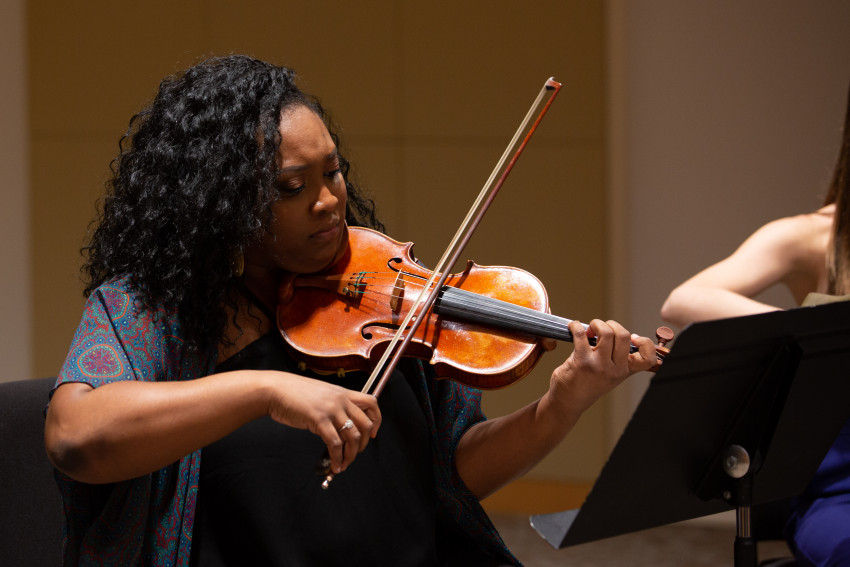 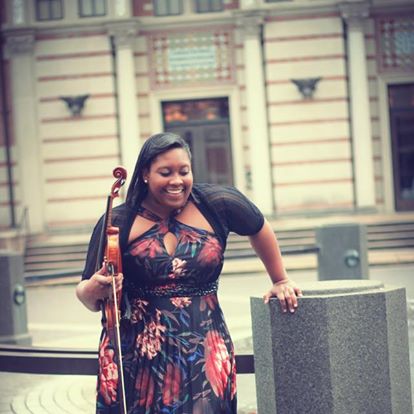 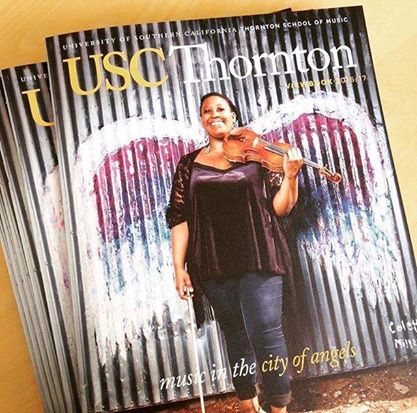 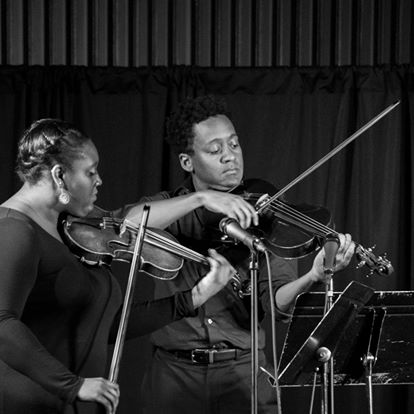 My name is Chelsea and I am currently a violin fellow at the prestigious New World Symphony in Miami Beach. I completed my music degrees (BM, MM) at Rice University and the University of Southern California and have over 15 years of gig experience.
I am available for any event including weddings, church services, parties, receptions, funerals, etc. I also perform in duo and trio settings if you are looking for a small group of players and can provide different styles of music, if desired. I hope to perform at your next event and thank you for reading!

I will be honest, When getting married, you barely have time to enjoy the music. What I did enjoy was how amazing Chelsea has been throughout the entire planning process. From sending us reminders to helping set up a perfectly arranged selection, Chelsea was very flexible and available for any changes needed. Provided samples of the music to songs for originally different instruments. Everything very smooth.

Chelsea was fantastic! She played beautifully! She was super easy to work with - sent me a list of songs to give feedback on - I didn't have time to go through all of them, and yet, the songs she picked were perfect! The Basics: she was on time, professional, followed covid guidelines, and we had great conversation too (we engaged in case you prefer to have someone just play, I have no doubt she would do that). Super talented and lovely.

Chelsea is THE BEST! She took all of our varied song requests and played them all with such detail and beauty! Before finding her, we checked out many other wedding violinist who were the music equivalent of a friend who loves to sing karaoke, but not a true singer. Chelsea's playing is that of a true musician. She is not just playing the notes; she is an artist.
And she is not just incredibly talented, she is also a great person to work with. She is prompt, has a great positive energy and is very helpful. We got many compliments from our guests about how beautiful our wedding music was. So, stop looking for your violinist and hire her!

Kayla, you're so kind! Thank you for having me be a part of your special day, it was an absolute honor.

As the bride, I actually didn't hear much of Chelsea's playing but everyone said it was great. I threw a surprise wedding (everyone thought it was an engagement party). I gave Chelsea specific instructions for where to park and exactly when to come out after the reveal. She was on time and it all went down perfectly. She made picking a song easy by giving me lots of options and then happily played our requests that weren't on her list. I really appreciated that she accommodated our unusual event. Thanks again Chelsea!

I loved being a part of your surprise wedding, Malone! Thank you for your kind words.

She was very friendly, considerate and elegant. She played beautifully. Would definitely use her again for our Anniversary.

Thank you Tisheka! I so enjoyed providing music for your gorgeous beach wedding.

Thank you Chris! It was an honor to perform at your family's Valentine's Day dinner.

Chelsea Sharpe is a rising star. Even hearing just a few notes, you know that she is special. We feel so lucky to have been graced with her music.

Thank you so much John!!

Chelsea was amazing - she helped with all my small requests and performed so beautifully. She really made our special occasion something to remember. Thanks so much. Cant wait to hear you play again.

Thank you for your kind words, Paul! I look forward to performing at your next event!

She’s was absolutely fantastic! She was punctual and she played so beautifully. She was everything we expected and more. She played at a surprise baby shower for my sister and she was my sisters favorite part of the baby shower.

Thank you so much Jocelyn! It was an honor to provide music for this special event.

Chelsea made our evening so special

Chelsea is amazing! So professional and talented. She made our event a true success. Her music was beautiful and just filled our souls with warmth and joy.

Price Range: Given upon request

Audiences and planners can expect a well-trained musician who is prompt, professional, well-dressed, and personable. I truly love engaging with my audience (if appropriate) and believe that live music adds sophistication and beauty to any setting.

Georgia native Chelsea Sharpe is a violin fellow at the New World Symphony in Miami Beach, FL. She served as co-concertmaster on the orchestra’s 2019 tour to Carnegie Hall and was also chosen to perform at the Kennedy Center Honors in DC in dedication to awardee, Michael Tilson Thomas, New World’s founder and music director. Ms. Sharpe is a graduate of the Atlanta Symphony's Talent Development Program and was the subject of a joint Atlanta Symphony Orchestra/Georgia Public Television (GPTV) documentary entitled Instrumental Success with her former teacher, ASO violinist Ronda Respess in 2004. She attended the Shepherd School of Music at Rice University, studying with Kathleen Winkler for her bachelor's degree, and completed her master's degree at the University of Southern California’s Thornton School of Music, where she studied with Glenn Dicterow. Ms. Sharpe has spent her summers at Sarasota Music Festival, Heifetz International Music Institute, Music Academy of the West, Kneisel Hall Chamber Music Festival, Le Domaine Forget (Quebec), and abroad in the Mediterranean as a violinist for Lincoln Center Stage. She has also played with the Grant Park Orchestra and serves as a substitute for the Atlanta Symphony. She has performed in master classes for the late Joseph Silverstein, Ani Kavafian, James Ehnes, Midori Goto, Augustin Hadelich, and Pamela Frank. Most recently, Ms. Sharpe toured the US with the Sphinx Virtuosi, one of the nation’s most dynamic professional chamber orchestras, highlighting repertoire from underrepresented and new composers as well as serving as cultural ambassadors to communities all over the country. She has also recorded TV/film scores and provided strings for artists such as John Legend and Kanye West.