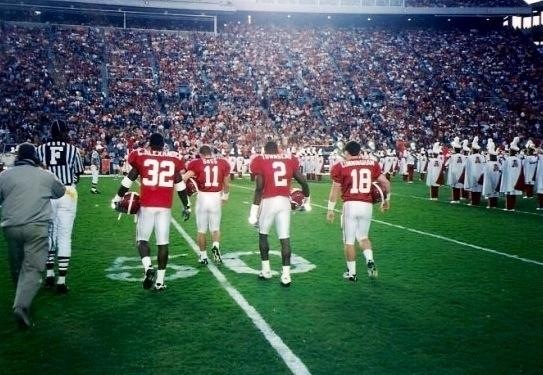 Walking out with his teammates back in the day! 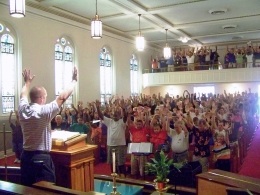 Preaching at Duke Day on the campus of Duke University 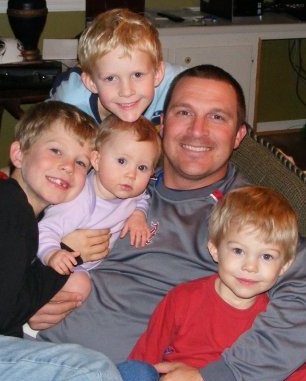 Chad and his four children 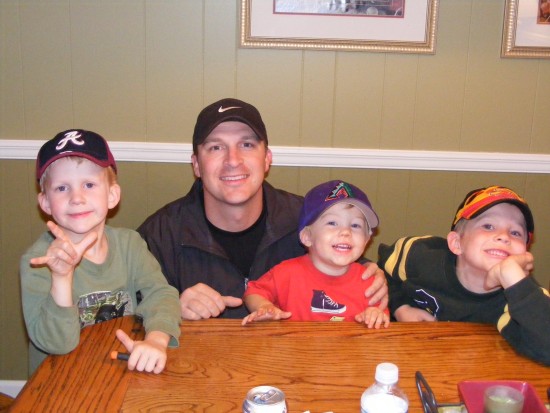 Chad and his boys with their hats on...before Mattie came along and changed their lives forever!!!

Chad Goss is a headlining motivational speaker. A former Alabama Crimson Tide starting wide receiver has a great personal story of overcoming many obstacles as a child and teenager before his life changing journey at the University of Alabama.

Chad uses the Word, humor, personal tragedy and experiential life lessons to motivate and challenge any level of person to be better, try harder and gain perspective on life’s trials, from the average Joe to the CEO. Chad is a speaker with tremendous energy and stories galore! Having presented to audiences from 3 to 3,000 all across the Southeastern United States for 22 years.......if you want a life changing experience, call Chad Today!!!

A man of God with a mission

Chad did a great job speaking with our team. He really made an impact on them. I enjoyed the time we shared with our team and later with a college night at the Wesley House. He story is one that related with several of the athletes he spoke to. I look forward to hearing him again soon! God definitely will use him in the days ahead

Chad did a tremendous job for us preaching at my church and speaking to the high school football team delivering a powerful message of inspiration and uplifting encouragement to the players. He also challenged our church to look outside of ourselves into the needs of others while following the great commission. Chad’s message was laced with Alabama football, humor, inspiration, and a real connection with the people pointing them Toward Christ. He also spoke at our college ministry and we saw one salvation decision and 10 re-commitments to Christ after his message. Chad encouraged the college football team to be great teammates and support one another and have the same character when the coach is looking as when he turns his back by giving they’re all in every drill and being the best teammate they could be. All of this was steeped in a strong faith and desire for true authentic Christianity. As a pastor and evangelist for 30 years, I could not be happier with his spirit of humility and his win some approach toward telling others about Christ in all of our settings. Please consider him with your highest consideration if you’re looking for an outstanding speaker or someone to challenge students or your church in their faith. Sincerely, Reverend Alan Broome

At Alabama Chad Walked On to a star studded Gene Stalling led program and not only earned a scholarship and 3 varsity letters, but he also started in 1997 at wide receiver for the storied Alabama Crimson Tide. It gets better! You can read about Chads story in the book by Wayne Atcheson, “Faith of the Crimson Tide.”

Upon receiving his call to ministry Chad preached his first sermon in 1993 at his home church, Pine Forest Baptist Church Macon, Ga. While at Alabama Chad served as FCA President from 1995 - 1997. Being a spiritual leader on the Crimson Tide football program allowed him the opportunity to share his testimony across the state of Alabama beginning in 1994.

Chad is also in the final stages of completing his first book, "The Walk On." His personally story of Faith, Family and Alabama Football. The Walk On takes you through Chads life of tragedy as a child - to playing quarterback at one of the top high school programs in the state of Georgia - through his unexpected success at the University of Alabama. The book also takes an in depth look at life as a Walk On at one of College Footballs most storied programs. If you would like to help make this book a reality please contact Chad directly (phone number hidden)