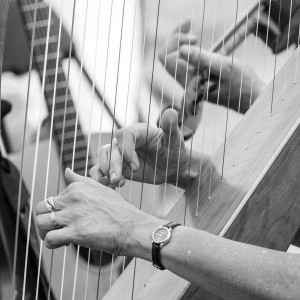 Be the first to review CandelFirth

CandelFirth is a musical duo that explores traditional Celtic and Native American music through unique rhythms, arrangements and expressions.

Randy Candelaria (fiddle, guitar, recorder, Irish bouzouki – and others, including his recently acquired hurdy gurdy!) has been playing Celtic music for over 30 years with a number of bands including Naomi's Fancy (having performed during a US presidential visit) and the Celthix (opening up for Scotland’s premiere band, The Tannahill Weavers, on two evenings). He has recently played in pubs across Ireland in Dublin, Galway and Doolin, including sessions with Friar's Green and the legendary Irish group De Danann. Randy also has been involved in recording sessions for various artists and has film credits for his contributions, along with radio and TV appearances (see his Facebook page for specifics!).

Susie Firth-Cooper has enjoyed exploring music since childhood and has played a variety of Celtic harps for over 25 years. A lover of music of all kinds, including Classical and the music of ancient cultures, her true love is for the music of Ireland and Scotland. Susie also performs on a variety of flutes, penny whistles, baroque recorders, Native American flutes, djembe and bodhran. She has been a solo artist for years, a session musician and a guest musician on several recording projects. Her love for Celtic music has extended for the past 30 years or more.

Both have joined together to bring their unique approaches and dedication to the music of the British Isles in a blended and dynamic presentation reflecting their appreciation and fondness for the Celtic and Native American traditions along with their own unique compositions and arrangements.

Susie owns and operates Blue Mountain Herbs and Supplements in Pilot Mountain while Randy serves as Dean of Learning Resources at Forsyth Tech in Winston-Salem.

Amiee W. said “We absolutely loved The Fiddler and the Flutist for Mom's 70th birthday party. Glen and Sharon were professional, friendly and blended in so well the…”

Robin L. said “Thanks so much for playing for our covid-safe “party” - can’t wait to have you back next year for the real deal! :) Robin, Ravi, and Marina”

Kimberly A. C. said “My daughters baby shower was made enchanting by her performance. The gorgeous large antique harp she played only added to the magical day. The music was…” 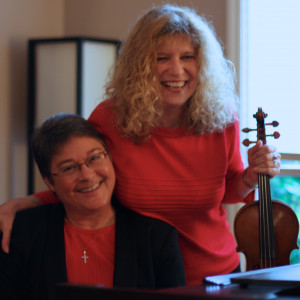