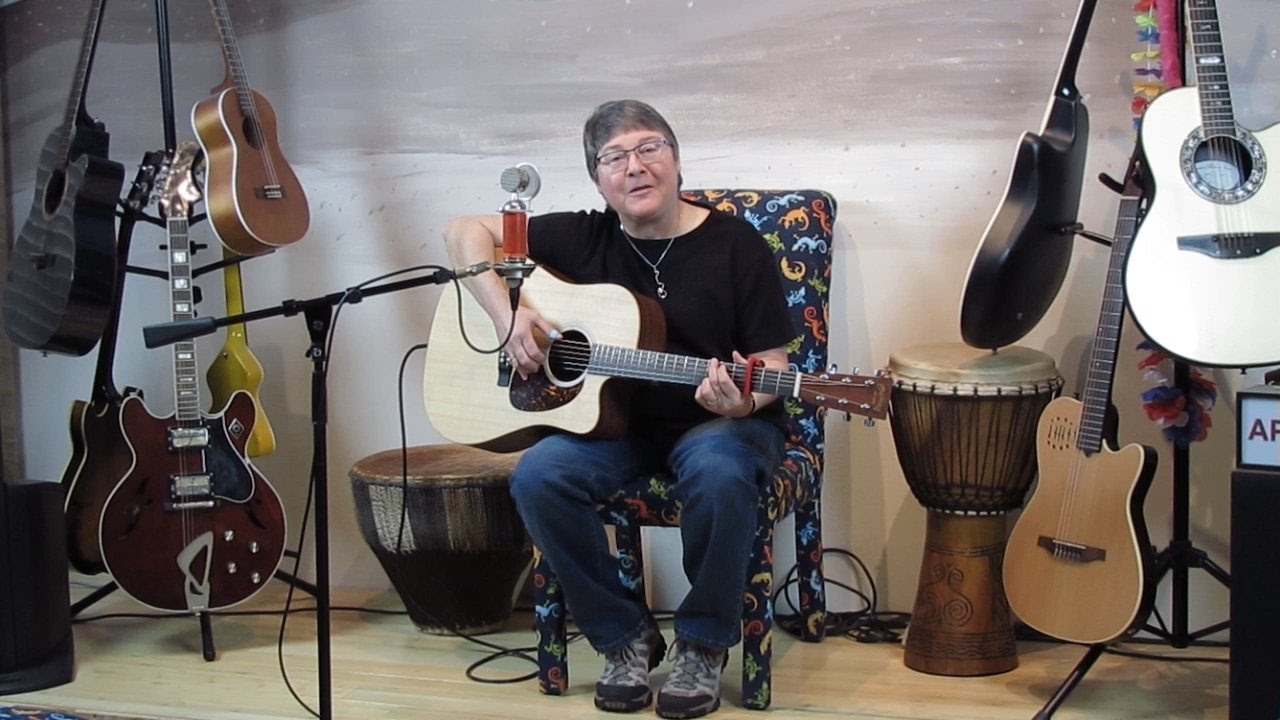 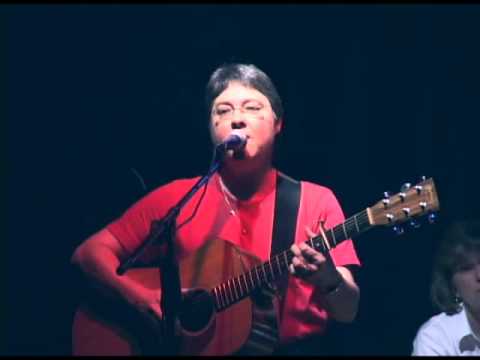 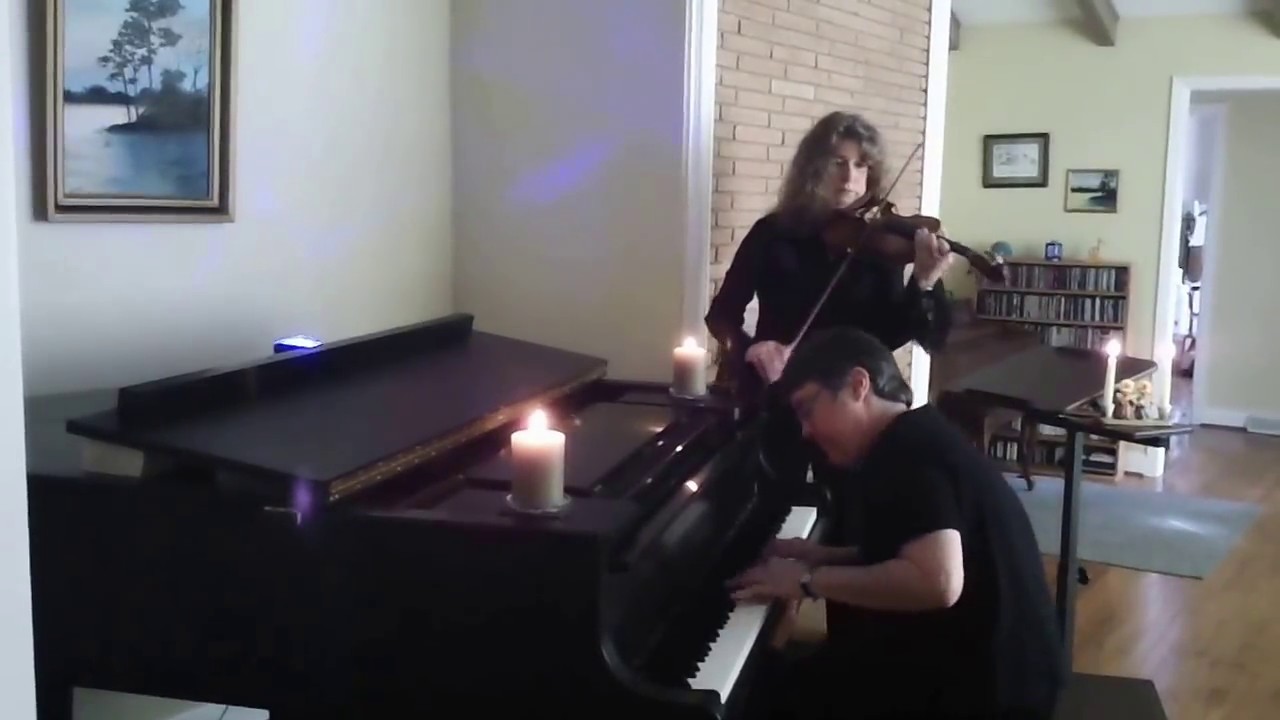 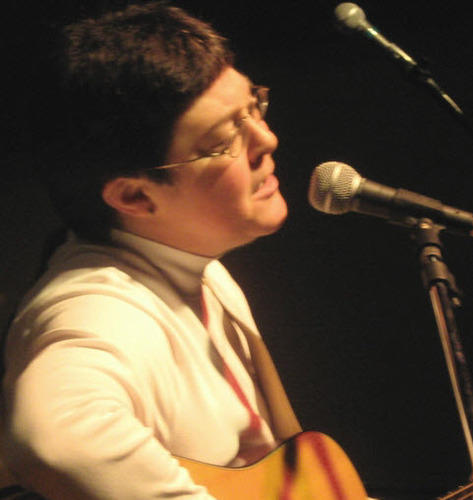 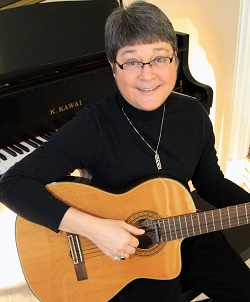 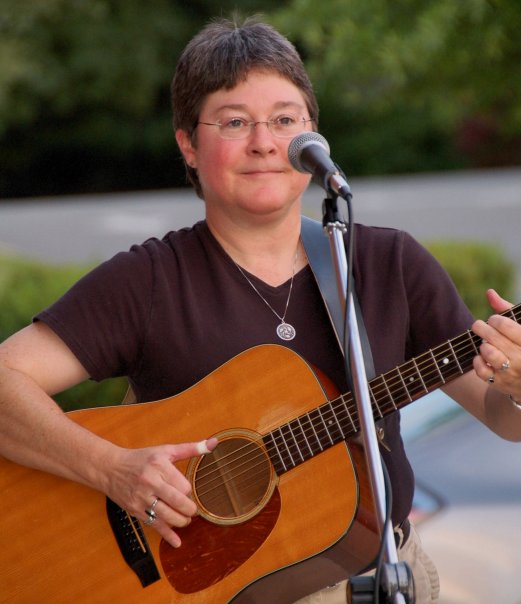 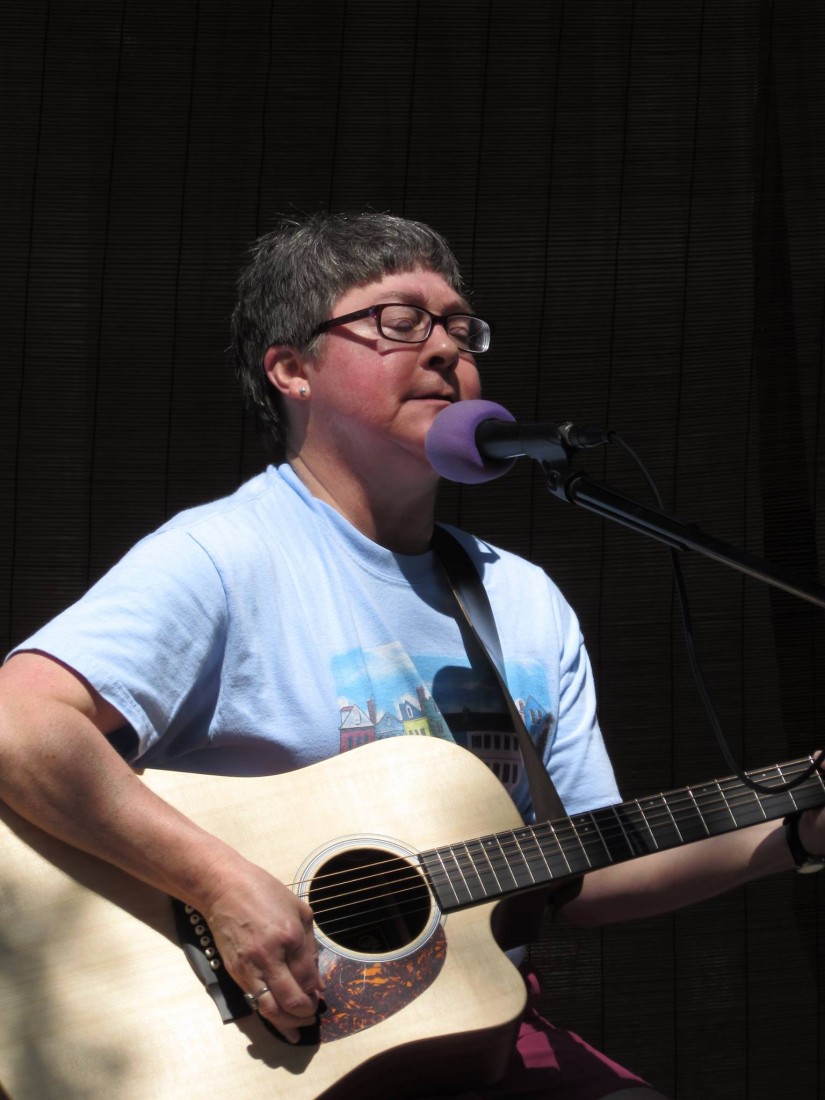 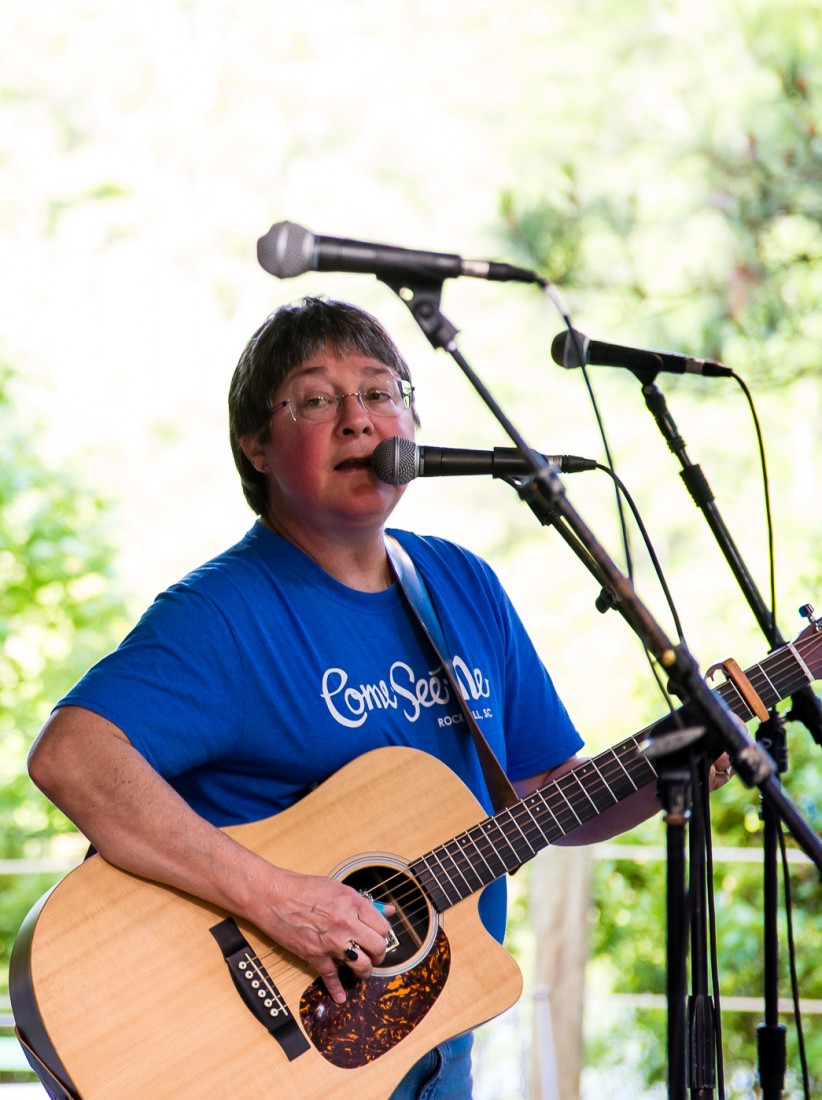 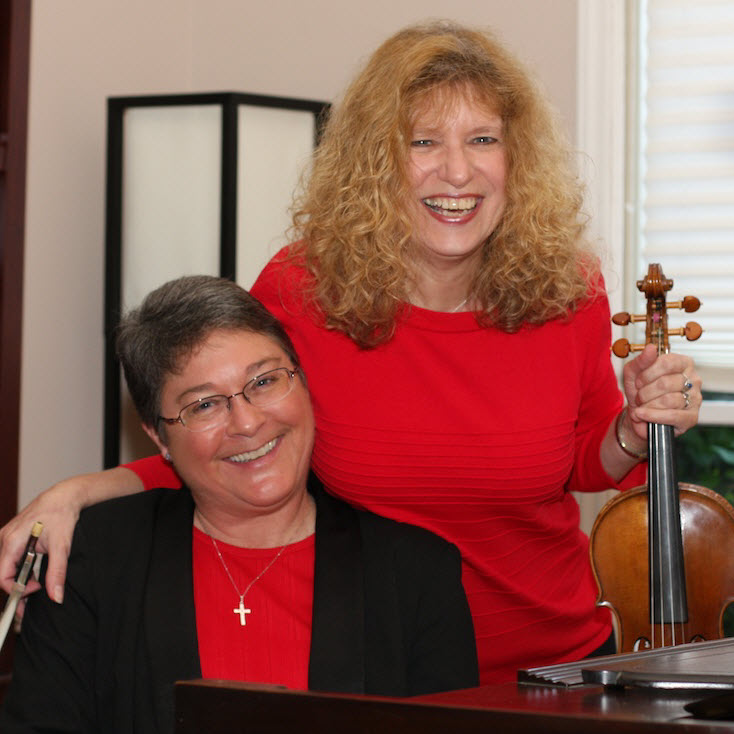 Solo acoustic singer-songwriter, guitarist & pianist. Award-winning originals and a variety of popular covers spanning the ages. My mission is to provide meaningful musical merriment for the masses.

Absolutely perfect tone, sound and fit for our dinner and late night crowd! We can’t wait to book PJ again!

Thank you so much, Brian! I felt like I was back in Ireland...including the awesome Shepard's Pie. :) Look forward to doing it again. Best wishes!

Another great brunch performance from PJ Brunson. Once again, PJ kept all of our guests engaged and entertained. We love the variety, the stories, and the sense of humor. Already booked two more gigs in August - and we can't wait! Thanks, PJ, it's hard to pack the house on a Sunday Fourth of July weekend, but you did it!

Thank you, Frank! It's easy when people have a great place to go! Love your staff. Can't wait to do it again!

We booked PJ to play for our restaurant for our Sunday Brunch - what a home run! Loved the music, the vibe, the personality. PJ made a great connection with the crowd, generated great guest involvement, and made sure everyone had a great time. Our guests relaxed and lingered, enjoying one more glass of wine while taking in the music. 10 out of 10 for sure - we can't wait to have PJ back to share with our guests! Thanks PJ!

Thank you, Frank! It was a joy to work with you and your wonderful crew on Sunday. You all made me feel right at home, and it was an easy job from there. I sincerely appreciate your kind words and your business! Let's do it again! PJ

Had an awesome time with PJ & Laurie / Ananda!

Thanks so much for playing for our covid-safe “party” - can’t wait to have you back next year for the real deal! :)

Thank you so much for being such lovely hosts! You sure have the Irish spirit down pat! May the luck of the Irish go with you always! PJ & Laurie

Great Music and lots of fun

We were so thrilled with PJ. Everyone had a fun time. PJ took requests and played some of her own song which we all enjoyed. We look forward to having PJ play at other events.

Thanks so much, Jim. You were a fun crowd! Hope to do it again soon.

Excellent! Already asking her to come back.

We had PJ come perform for two events at our Father's Day celebrations. The performance was excellent, and more than we expected. We had a diverse age group of over 140 people and the song choices were spot on! Couldn't have asked for anymore.

Plus, PJ was enjoyable and engaging on and off stage. We felt like we gained a new friend. We are all excited to have her back.
Highly Recommend.

Aw...thank you so much, Chris. The feeling is definitely mutual. :)

PJ was fantastic, she was a great fit for our event. She was such a hit, that many guests were reaching out on how to obtain her for future events! Thank you, PJ!

What a delightful crowd! Roger and crew were so easy going and their crowd was so much fun. I could have played all day for them. Thanks for making the gig such a pleasure, Roger. Hope we can do it again!!

PJ embodies the best of new folk music in her singing, songwriting, and finger-picking styles. She is an accomplished musician and songwriter who has a keen ear for great new music regardless of genre. Above all else, she is an entertainer. With her easy and engaging stage presence, she has a way of reaching out and pulling an audience in, one person at a time.

PJ Brunson is a South Carolina-based singer, songwriter, composer, guitarist and pianist who has performed extensively across the Southeast region, opening for legendary artists such as Lyle Lovett and Nanci Griffith.

Known in the Carolinas as the "female James Taylor", the acoustic folk/easy listening artist delights audiences on guitar and piano with hints of Americana, country, pop, blues, Celtic, new age, classical and rock. Her songs, instrumentals and lyrics reflect her deep appreciation of poetry, art, literature and Southern heritage -- with imagery-accented stories of love and lore that appeal to audiences from all walks of life.

Her latest album, "Home To Me", was nominated for Folk Album of the Year by members of the International Music and Entertainment Association. The songs are brought to life with the artist's mesmerizing alto vocals and intricate finger picking on acoustic guitar. Fans have praised the 14-song project as comforting, drifting, thought provoking, life changing, and authentic -- a gentle way to find peace in a troubled world.

The singer-songwriter has recorded five other albums as a solo artist and/or member of the New Age duo Ananda, with songs airing on radio stations and websites around the world. PJ's other solo albums are "Long Road - Live" (2003) and "Come Hell or High Water" (2001).

One of her greatest accomplishments as a budding professional artist was opening for Lovett and Griffith at Spirit Square in Charlotte and advancing to the second round of the "You Can Be A Star" talent search. She has performed at a host of prominent venues since then, including the Commodore Lounge and Renaissance Hotel in Nashville; the Charlotte Music Awards Singer-Songwriter Showcase; the York (S.C.) Summerfest; Community Performance Center in Rock Hill, S.C.; the Sylvia Theater in York, S.C.; Manhattan's in Knoxville, Tenn.; The Grey Eagle in Asheville, N.C.; Cafe' 99 and Cumberlands in Charleston, S.C.; and Daniel Stowe Botanical Gardens in Belmont, N.C

My requirements are few and simple. I have my own small PA or set up quickly with a house system. I typically only require a direct acoustic guitar input and a quality microphone. I perform on a Martin guitar and use a Shure SM58 mic.

Ain't No Sunshine
All My Loving
American Pie
Angel from Montgomery
Bad Moon Rising
Blowing in the Wind
Brown Eyed Girl
California Dreaming
Carolina in My Mind
Closer to Fine
Crazy
Danny Boy
Danny's Song
Diamonds & Rust
Don't Think Twice
Fly Me to the Moon
Folsom Prison Blues
Friends in Low Places
Georgia
Get Together
Good Riddance (Time of Your Life)
Hallelujah
Help from My Friends
Hey There Delilah
Hotel California
Hound Dog
House at Pooh Corner
House of the Rising Sun
I'll Be
I Go Out Walking
I Walk the Line
I Will Always Love You
Johnny B. Goode
Jolene
Knocking on Heaven's Door
Landslide
Margaritaville
Me & Bobby McGee
Me & Julio
Mother Mother Ocean
Norwegian Wood
Old Time Rock N Roll
Paved Paradise
Proud Mary
Riders on the Storm
Ring of Fire
Rocky Top
Save the Last Dance for Me
Sound of Silence
Stand By Me
Summertime
Sweet Caroline
The Boxer
The Times They Are a Changing
To The One I Love
Turn the Page
Wagon Wheel
Wake Me Up
What a Wonderful World
When You Say Nothing at All
Will You Still Love Me Tomorrow
Wise Men Say
Yesterday
You've Got a Friend
Originals...

I can bring my own small two-channel PowerWorks PA. I just need a comfortable corner and standard outlet.