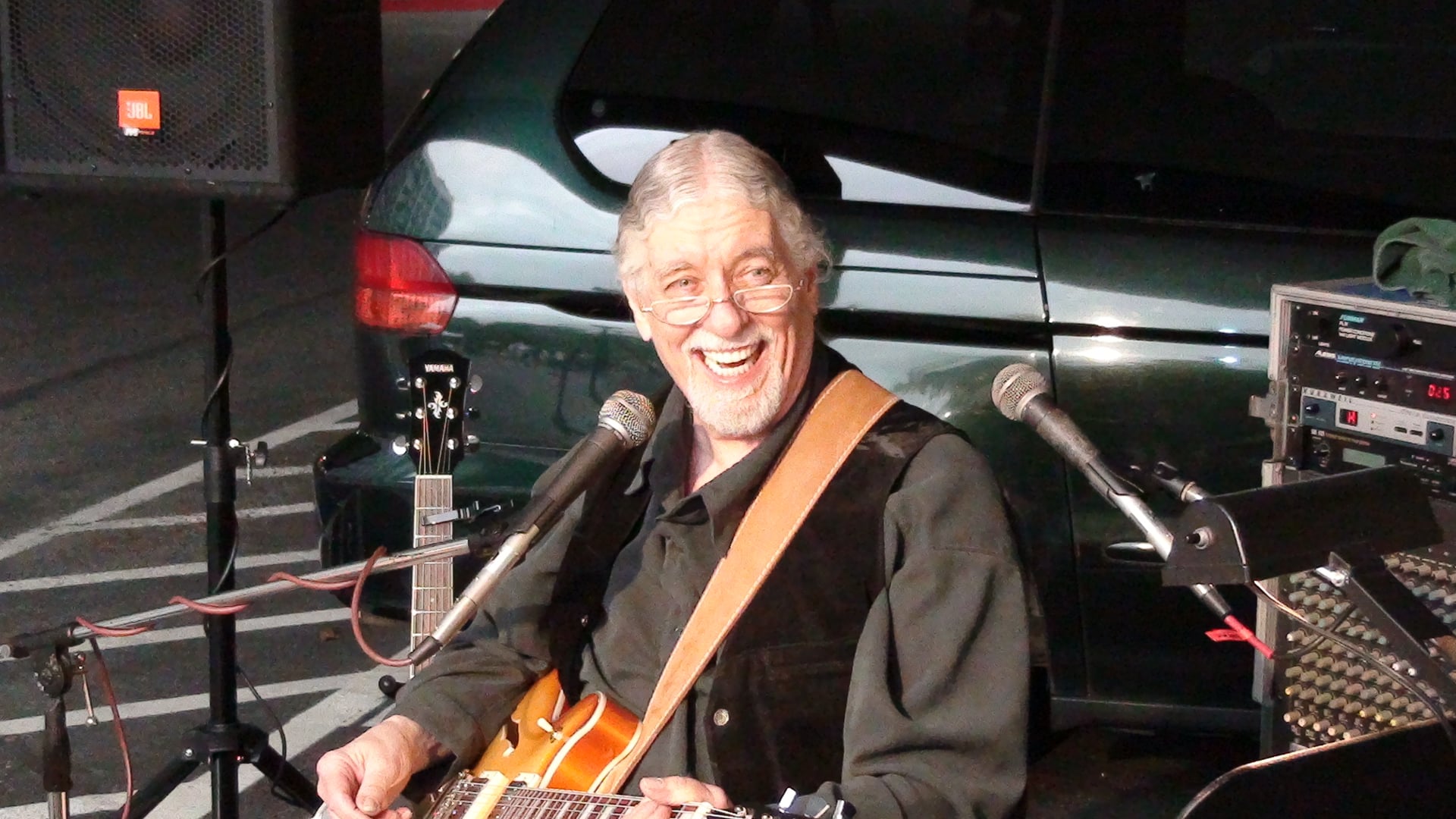 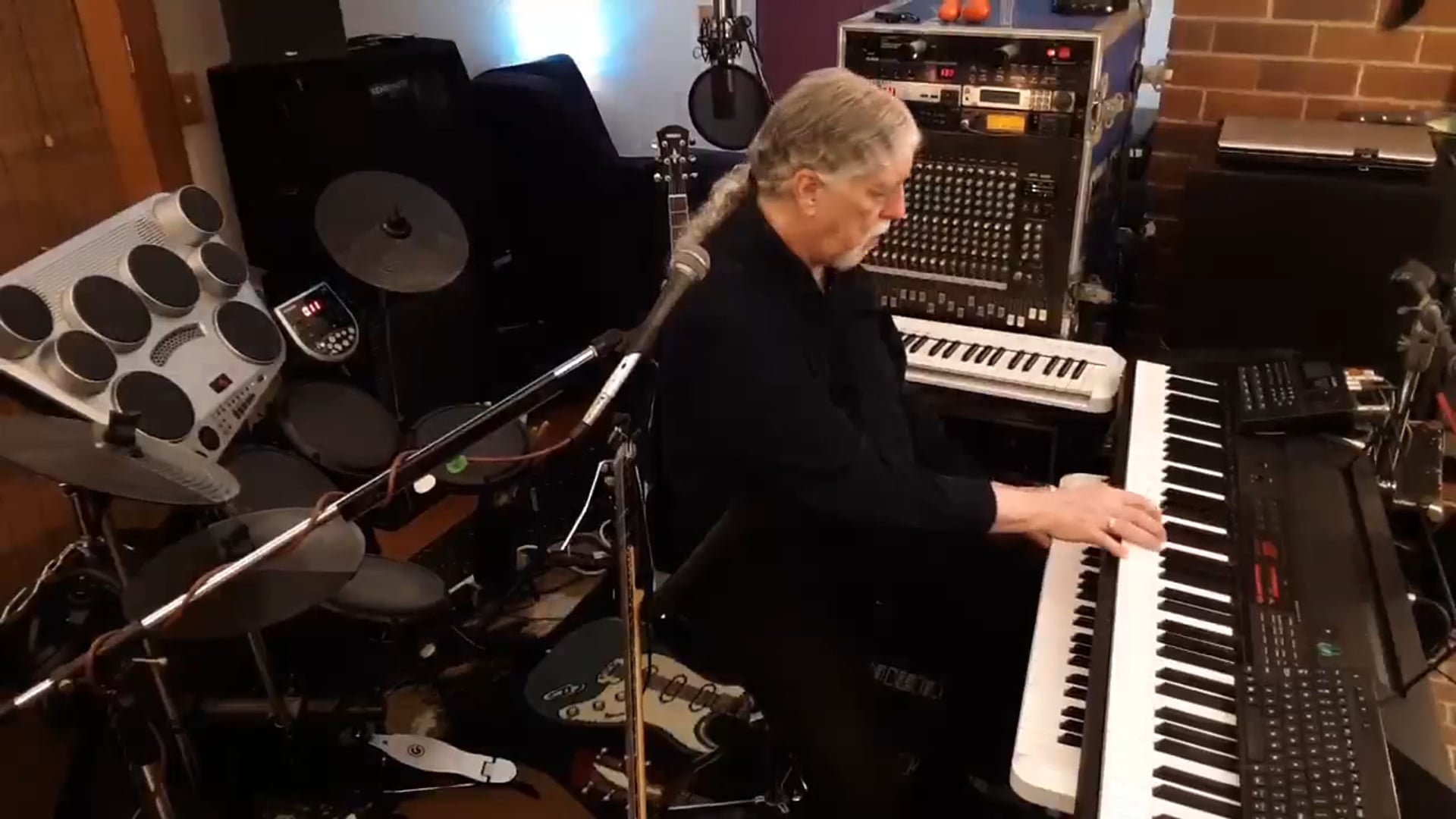 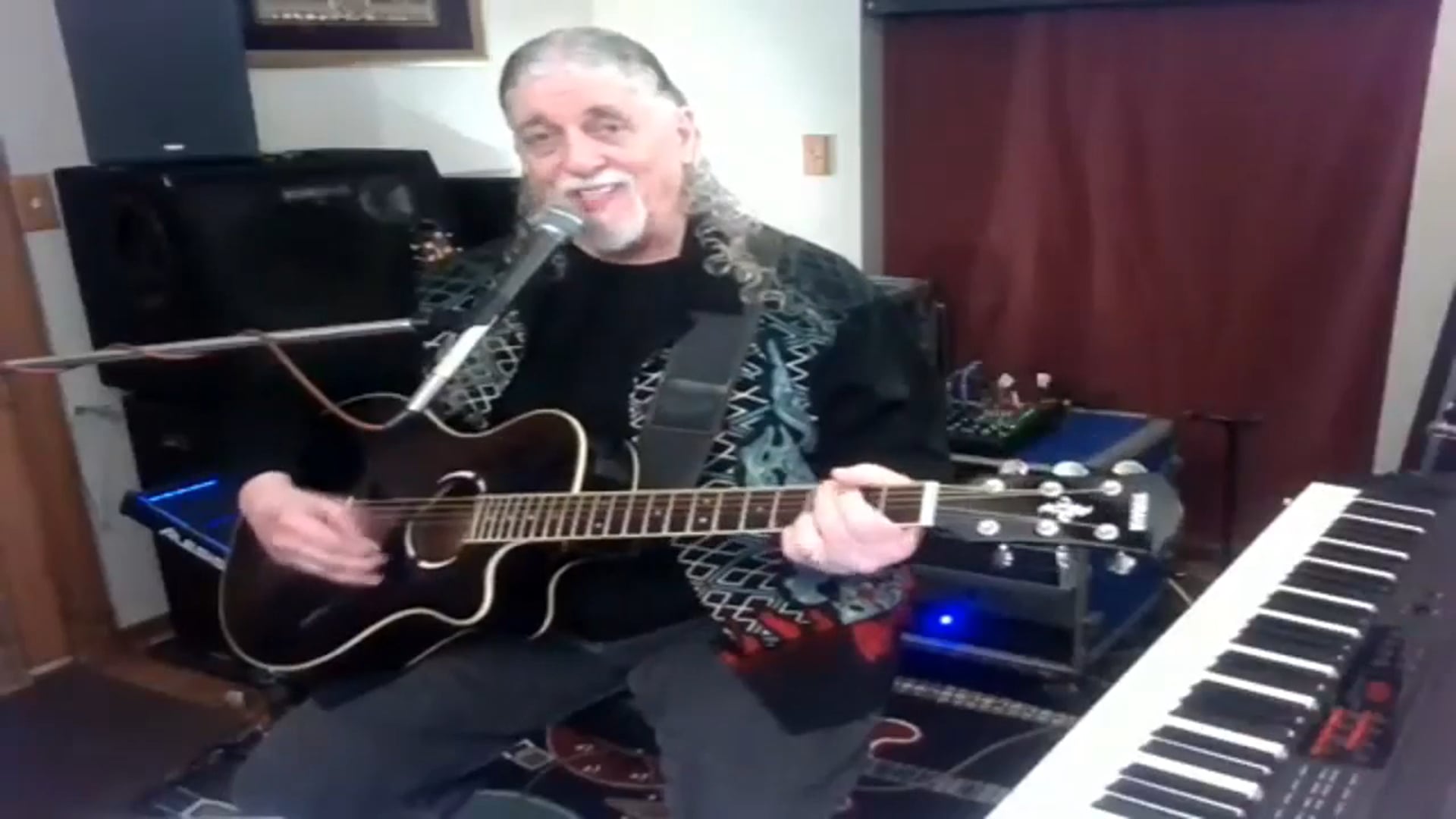 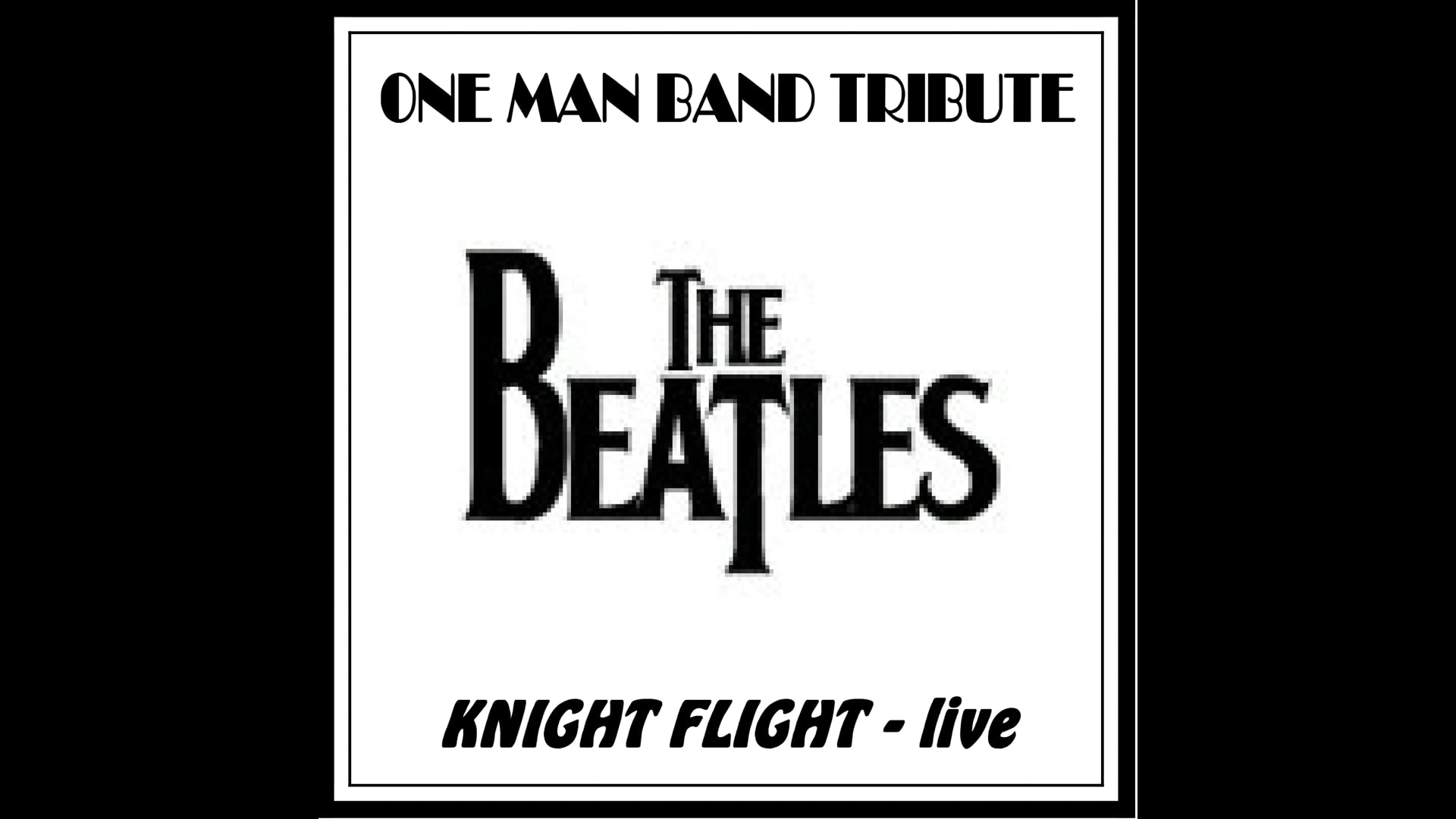 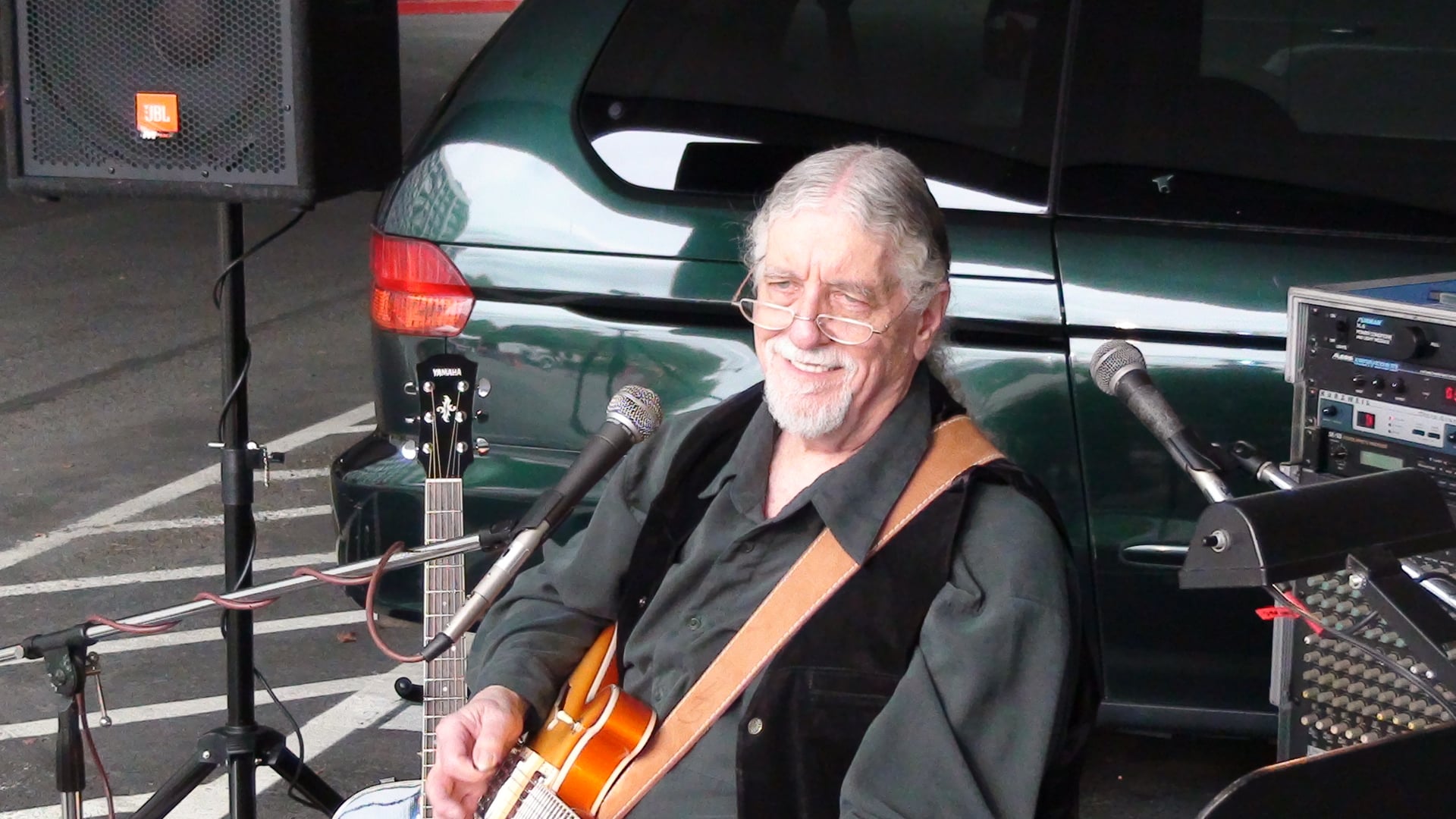 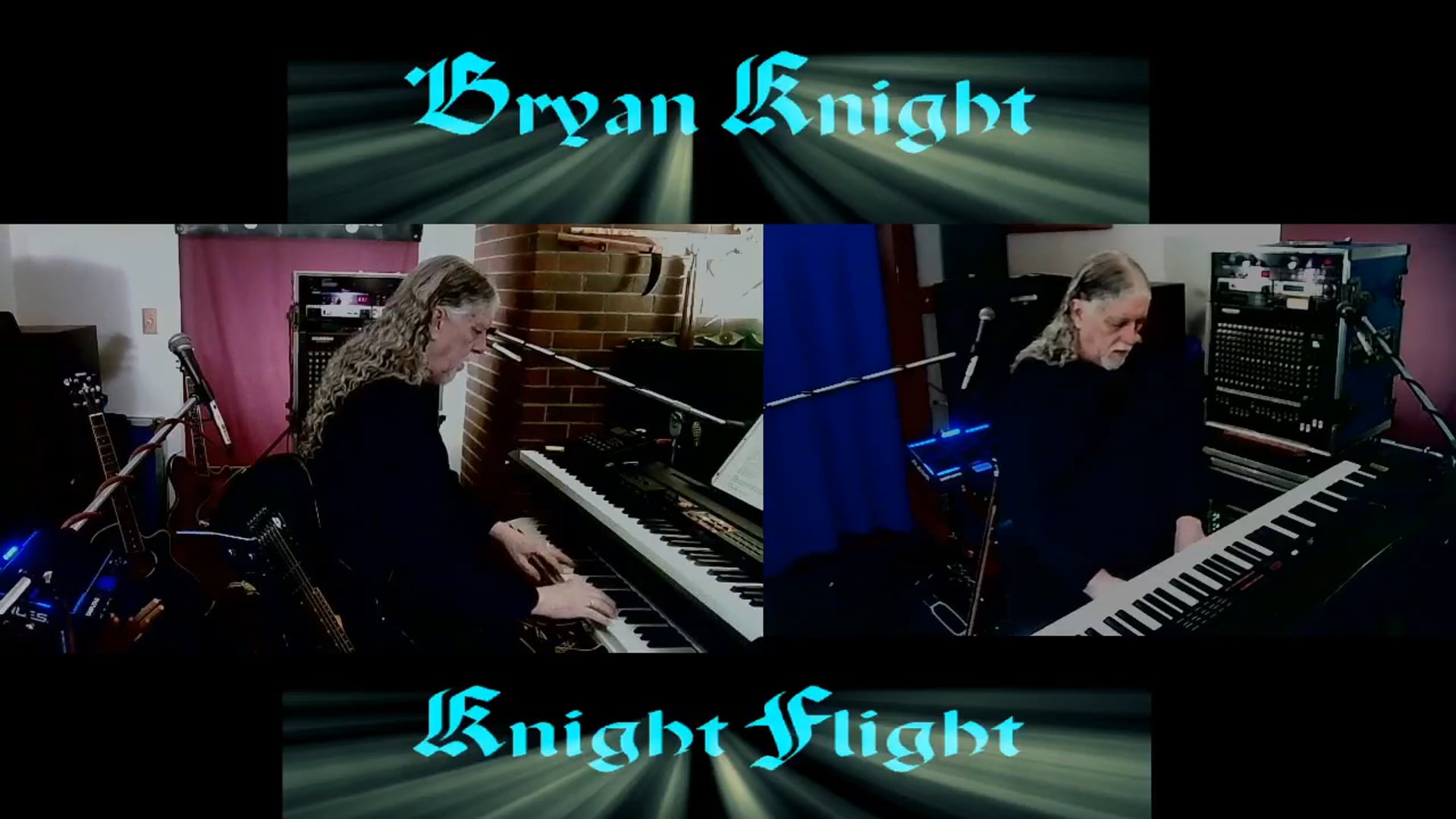 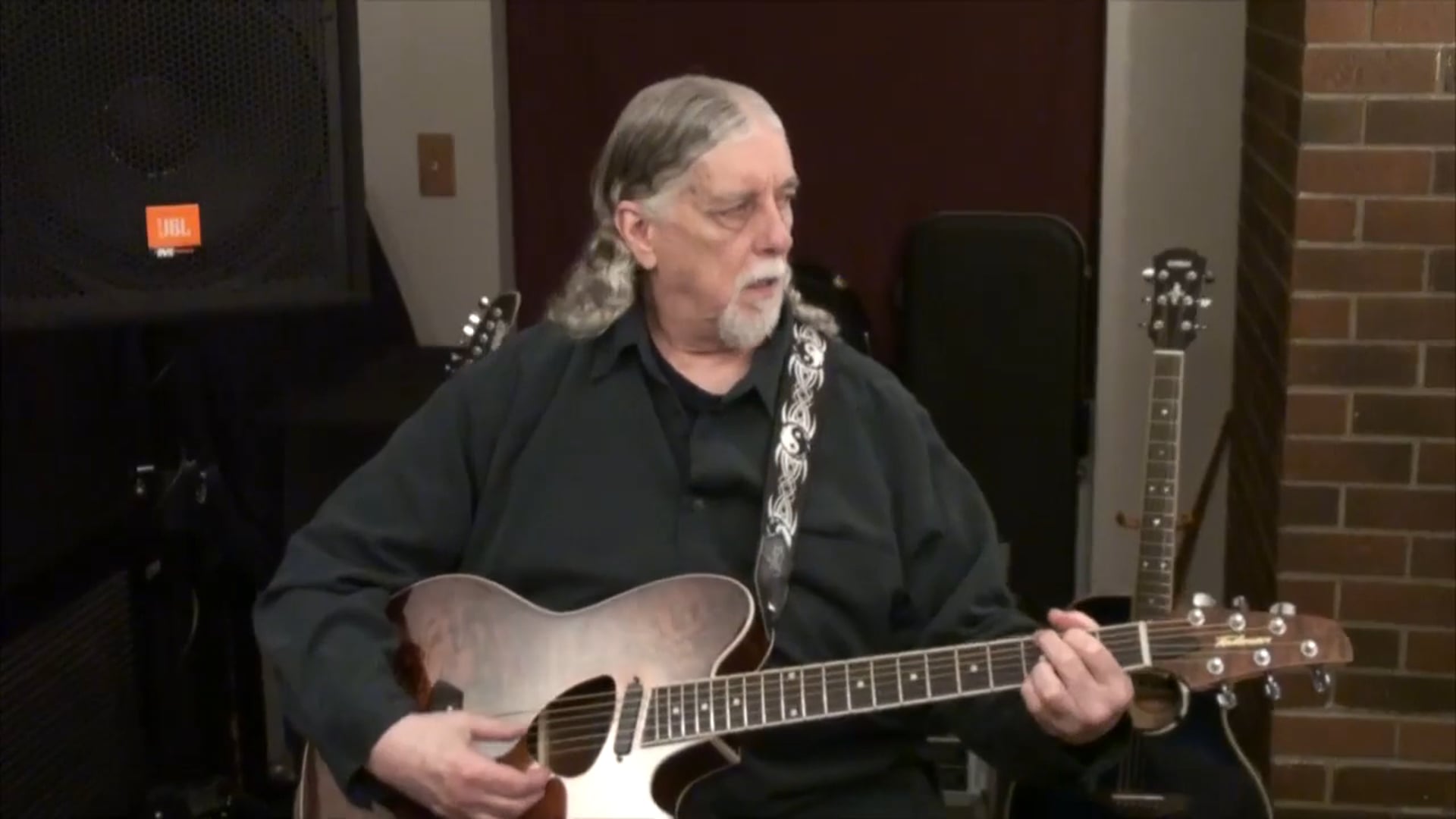 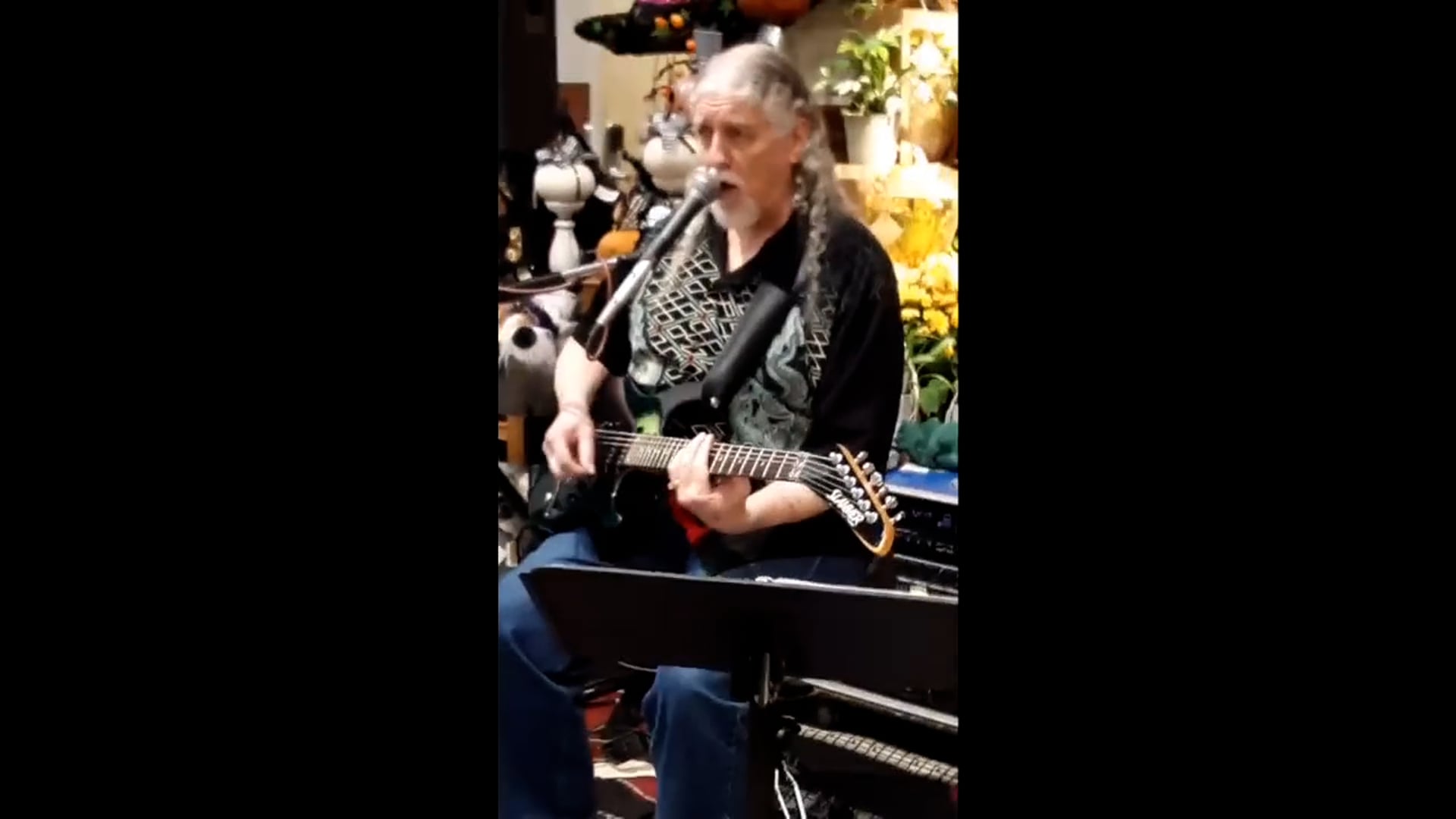 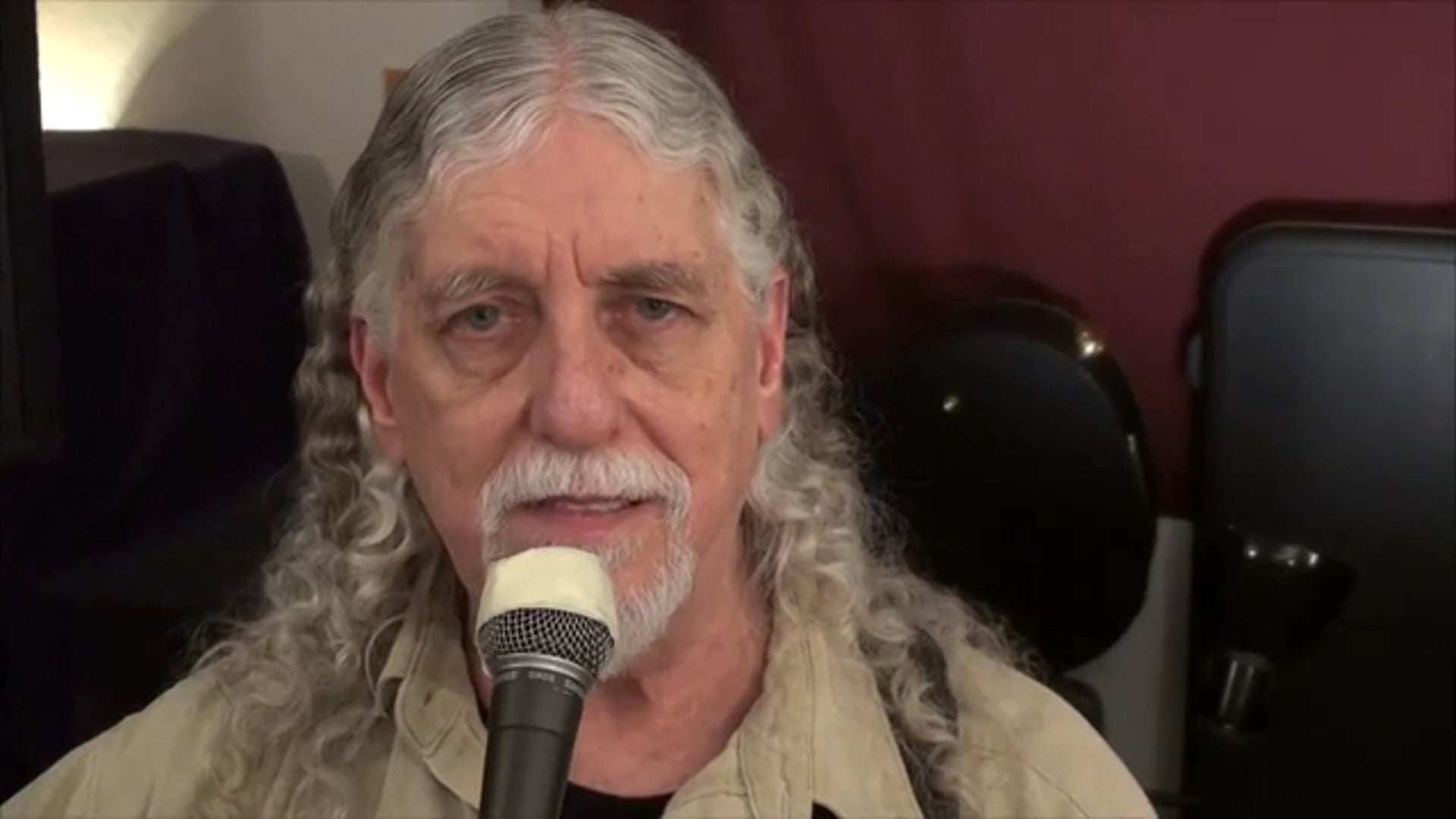 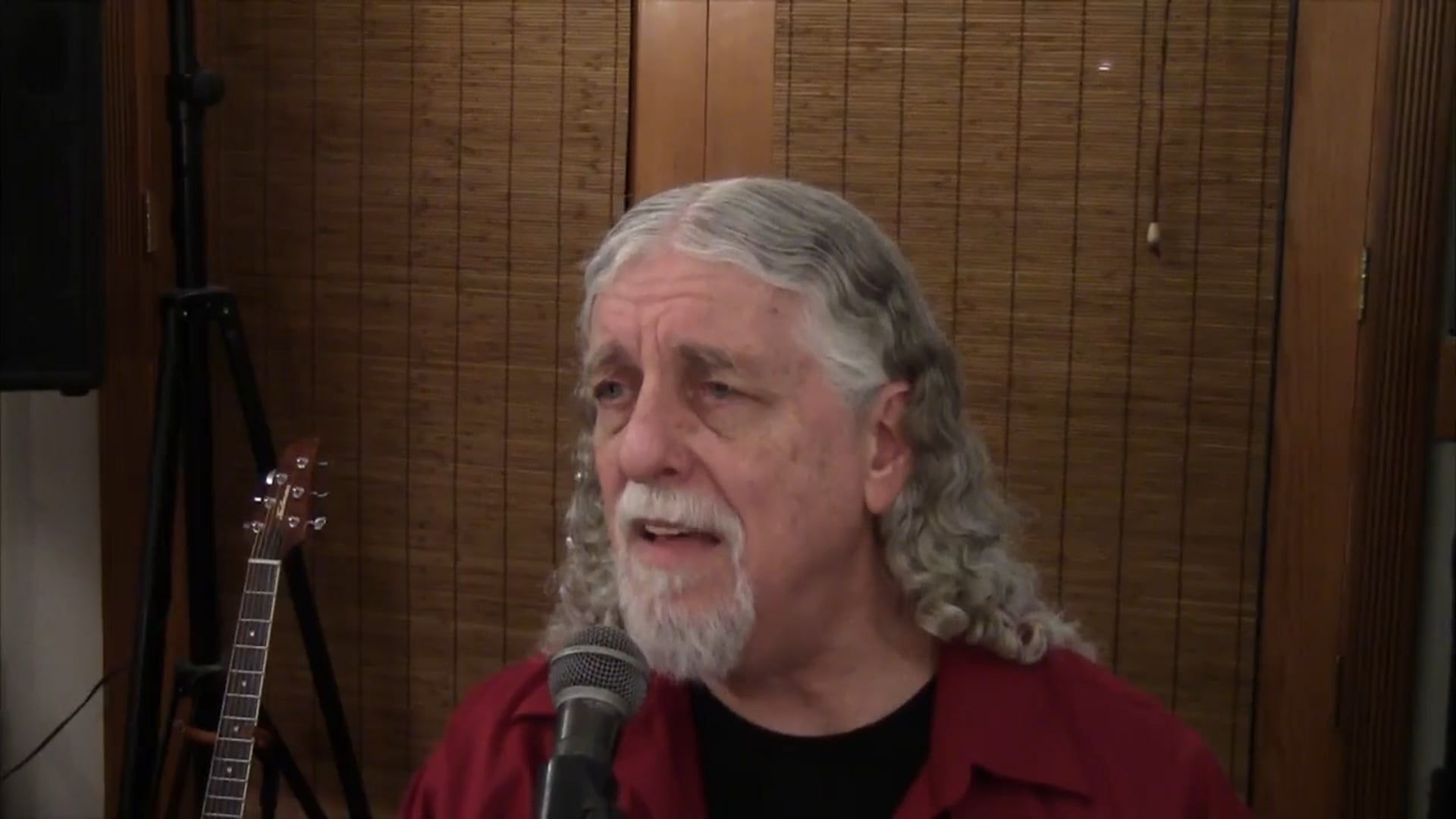 "Everything I Do, I Do It For You" 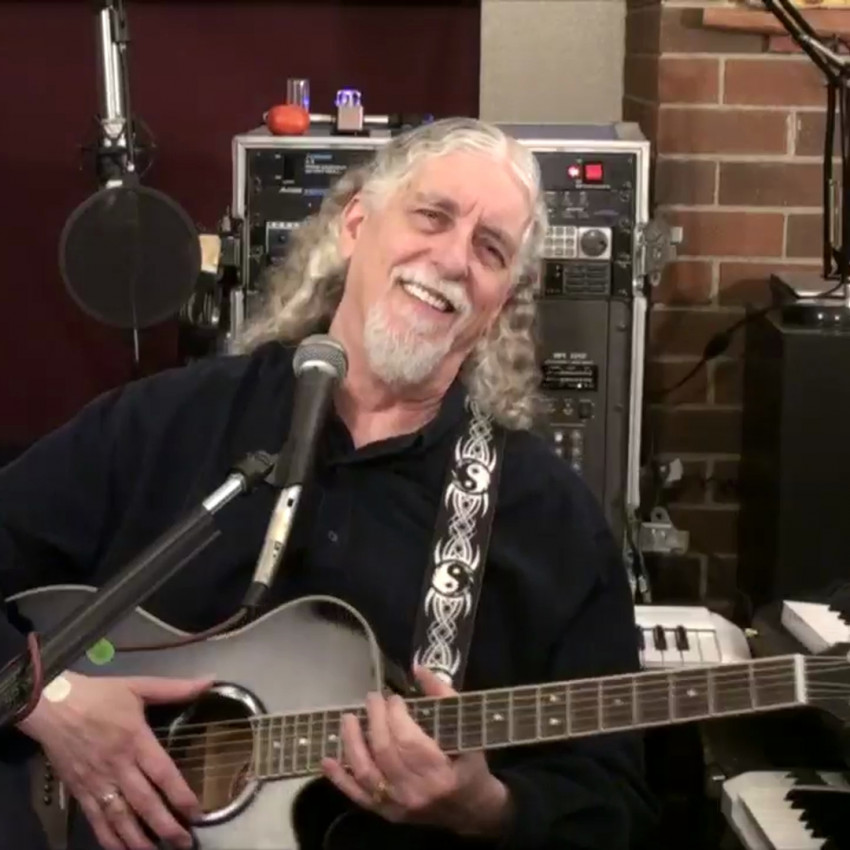 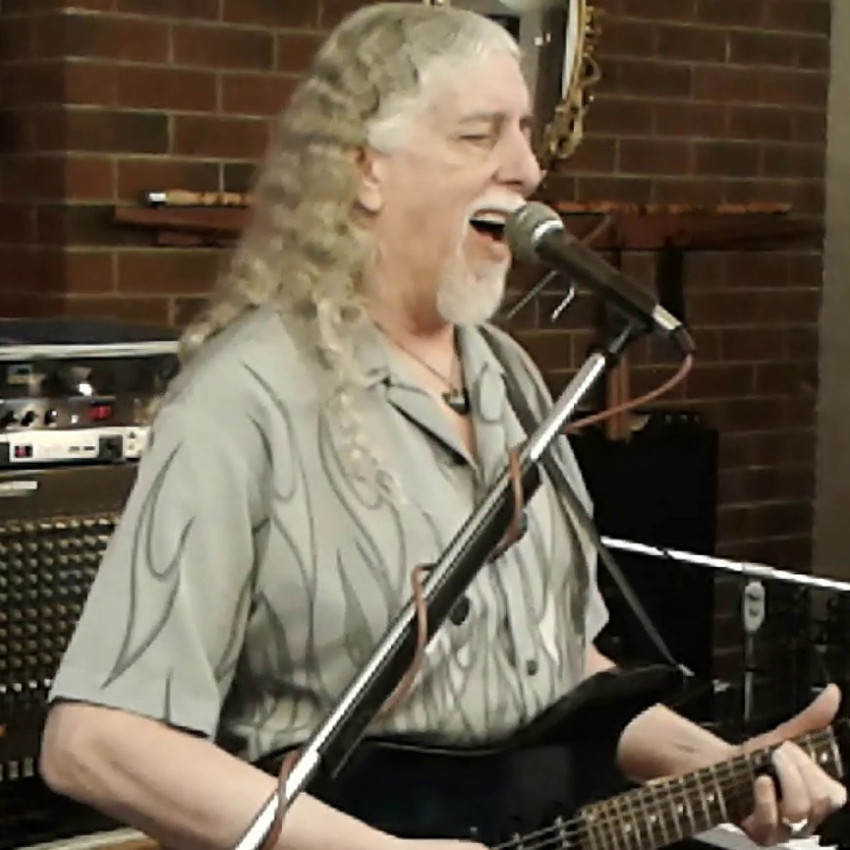 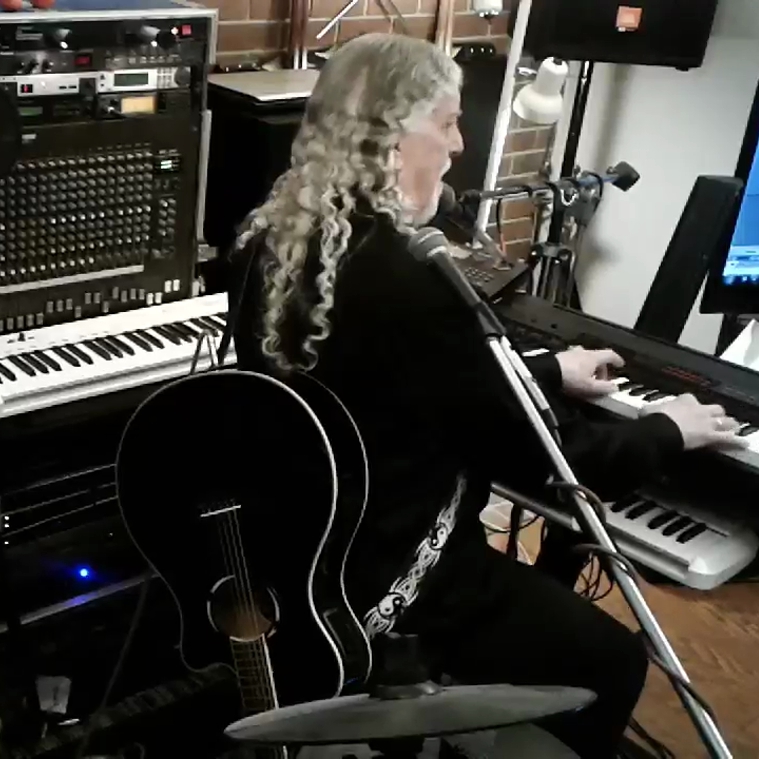 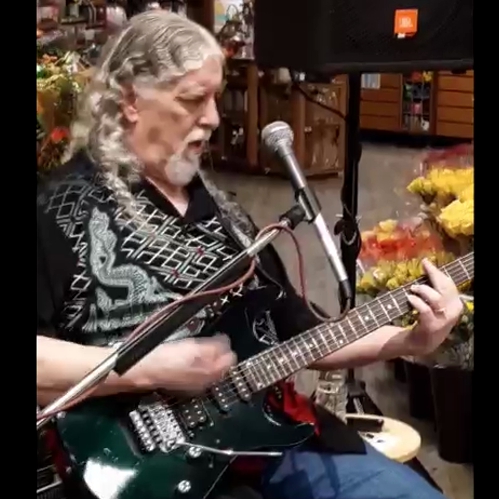 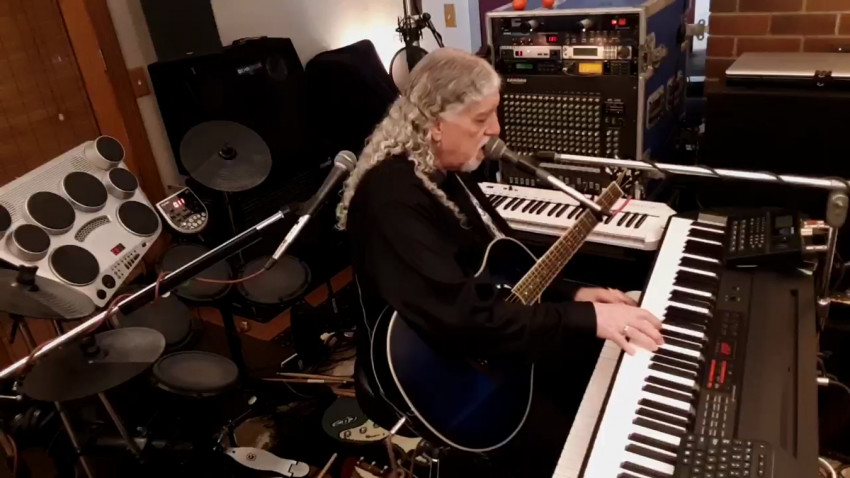 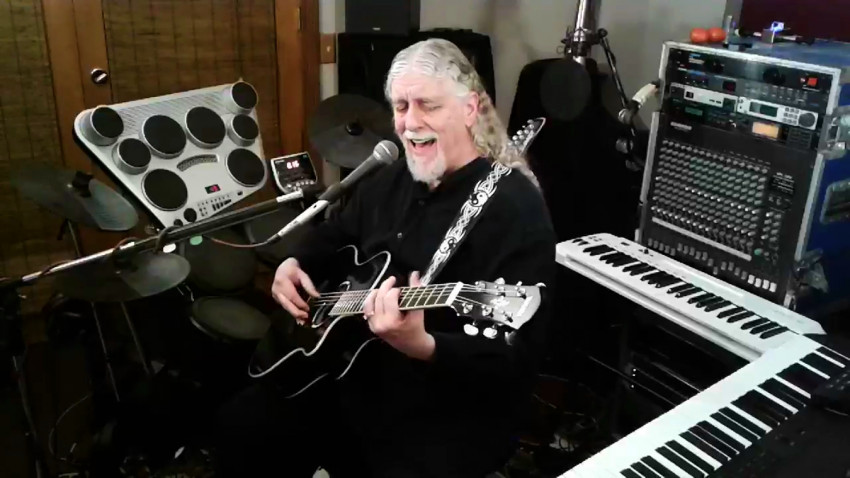 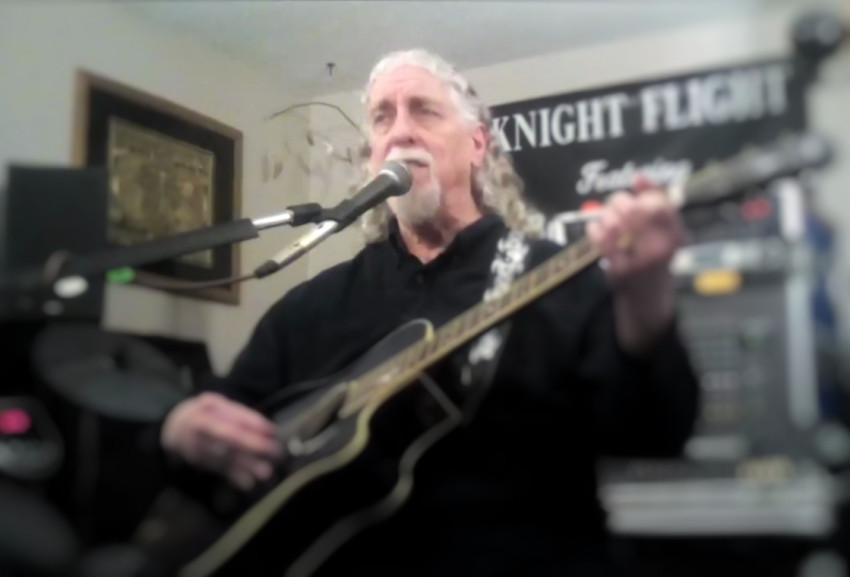 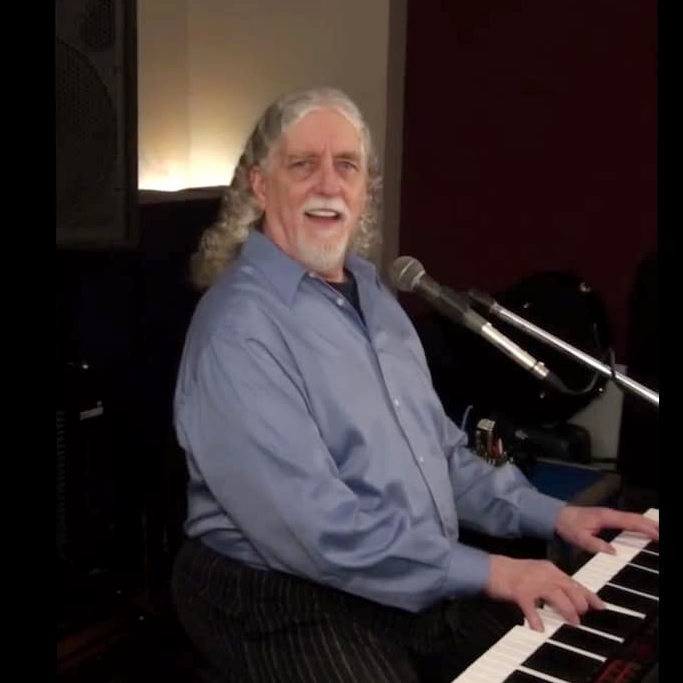 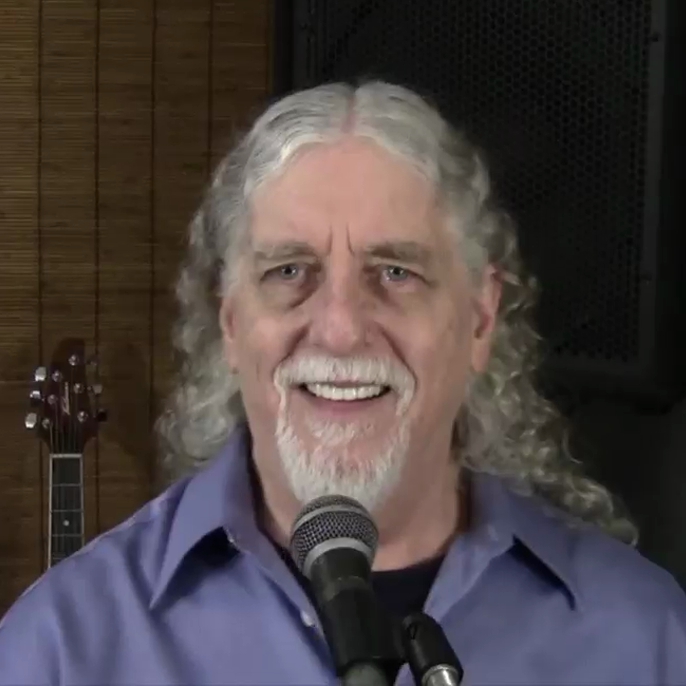 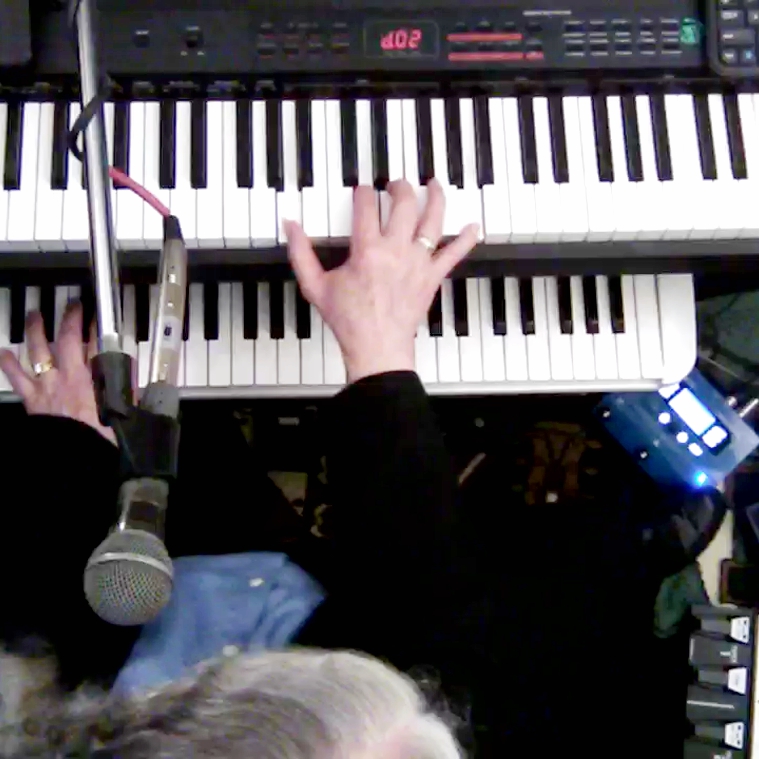 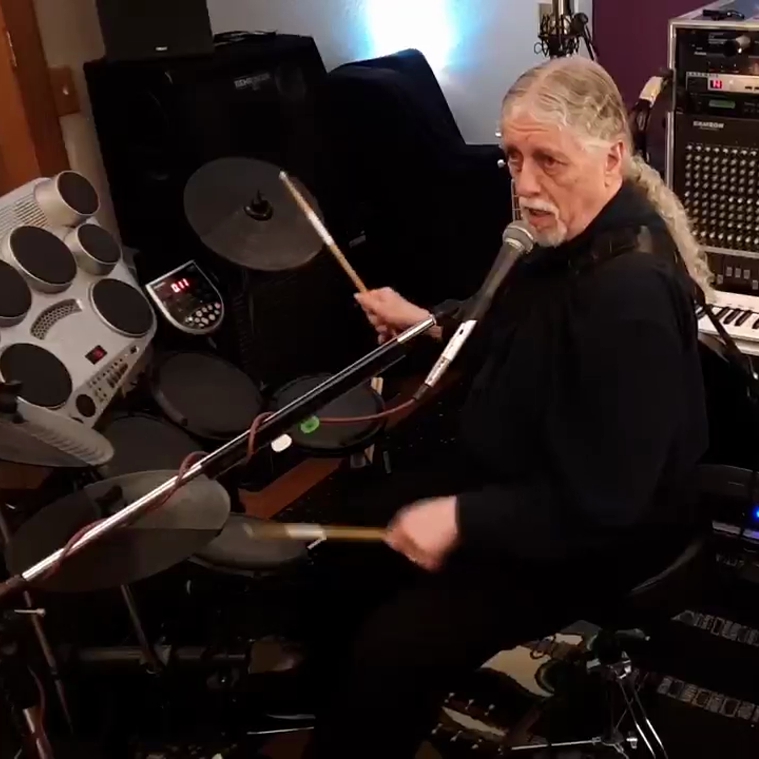 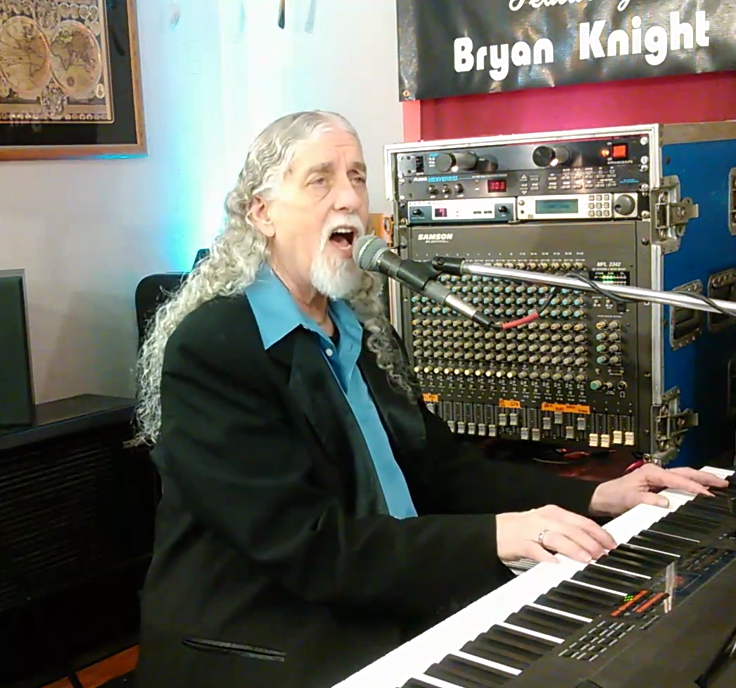 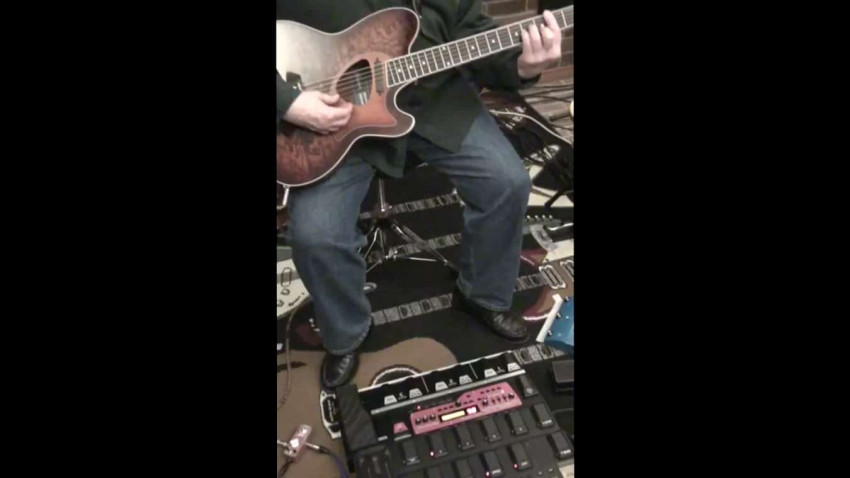 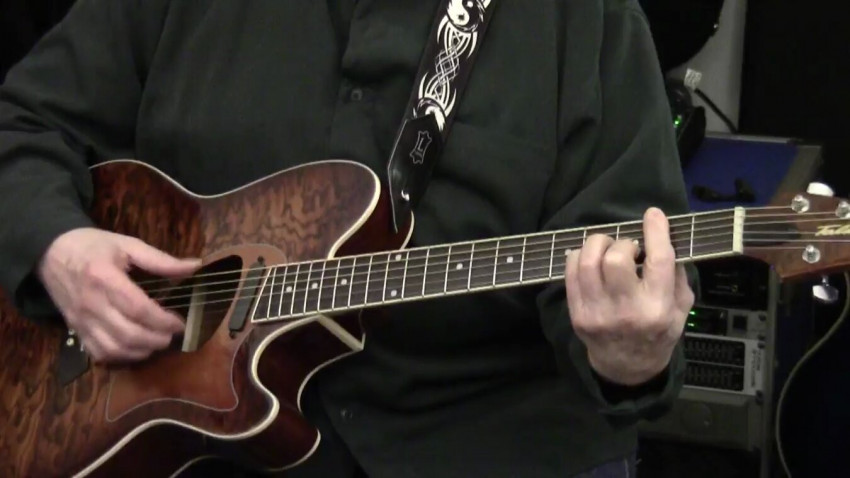 Bryan has toured internationally in Europe, Asia, & coast to coast across America, bringing over 4 decades of professional stage experience to each of his performances.

Brian provided an excellent value and find music for our venue. Once his performance began people were asking me how I had found him and remarked it how great his performance was. We will consider hiring him again for any future needs. Highly recommended!

Thanks Bill! Playing for your GTO Car Club event at the Bellevue Hilton was such a gas (pun intended). I loved the enthusiasm of the crowd and spontaneity of the folks who enjoyed themselves while singing along with me during my One-Man-SuperBand 60's classic rock show performance.

Thanks Lance! I'm so glad we met when I was performing at the Safeway Store Grand Re-Opening. What a truly wonderful crowd to play for at your holiday celebration. Everyone was so appreciative. Can't wait to do it again!

Took our party over the top!

Bryan was an excellent performer! He arrived early and was all set up by the time discussed. His performance was exceptional. His wife came with him and was so fun as well! Definitely would hire him again!

Thanks Julie! You're a terrific hostess and you have such a beautiful location for parties. I'm certainly looking forward to future engagements.

Brian had a great variety of songs for us , we danced we watched , we sang along . Such a great evening , thanks Brian for keeping the party fun and exciting .

Thanks for hiring me to entertain at your fabulous Halloween Party. I really enjoyed performing for your highly appreciative guests. Also, your wonderfully festive party decorations and food were top notch. You folks rock!

My friends and family had the best time and Bryan and his wife were amazing! He was very talented and professional. We highly recommend!!

Thanks for your recommendation Danielle. Also, thanks for your generous contributions to have me both start performing early and then stay on longer to keep the party going. I'm looking forward to coming back to entertain for another awesome party!

Bryan is a fantastic performer and everything from set up to take down was very professional. The set list he made was perfect and it was exactly what we were hoping for.

Thanks Shane! What an animated group of fun party-goers for a singer-pianist to perform for! Here's my "Piano Man" sing-a-long video from your party that is posted on my Vimeo channel: https://vimeo.com/557551837

Bryan played at my shed warming party and was great! He was easy to coordinate with, played a great set on acoustic guitar, and was overall a nice guy! He also played my requested song: Simple Man by Lynyrd Skynyrd

Bryan really made our birthday bash a smashing success. He's a very accomplished musician , and a courteous professional. Out 100 + happy guests were definitely impressed , with so many raving on about Bryan's amazing and unique solo performance. We'll be booking him again for next year's party !

Much appreciation, Steve. I really enjoyed performing for your highly-spirited party guests. I'm glad everyone was having so much fun that you asked me stay for an extra hour. I am definitely looking forward to returning for another one of your outstanding birthday bashes! Thanks, Bryan.

RECOMMENDATIONS & REVIEWS for Bryan Knight made by highly-qualified professionals:

"Bryan has the talent to get the guests involved in his music to the point where they don't want him to stop playing."
... Gabriele Powell - Beverage Manager, Marriott Riverwalk Hotel

"Mr. Knight is extremely talented and a pleasure to work with. He is always at the top of my list of referrals."
... Pamela Espinoza - Director of Catering, Dominion Country Club

"Bryan has performed numerous times here. He is a very professional, dependable, multi-talented person. His ability to play a large variety of music and his appeal to all ages is remarkable."
... Barbara Perkins - Club Manager, The Petroleum Club

"Thank you for your consistently outstanding performances. I feel strongly that I can recommend you to anyone looking for the highest quality entertainment."
... Desi J. Sanchez - President & CEO, Outrageous Parties

"You saved our party! We were extremely fortunate to find you, and I want you to know how much we appreciated your good humor, congeniality, and talent."
... Charles D. Lutz - President, First City Bank

"We tried several other groups and individuals before we discovered you and your excellent talents. You are the first to seemingly please everyone. With the broad age variance and musical tastes of our group, that is significant. You are a gentleman in every respect."
... Ron Hill - Minister, Singles (Parties)

"Bryan Knight is my most popular and asked for entertainer. Coupled with his musical talent is his wide range and variety. I have heard nothing but compliments every time he plays."
... David Garcia - General Manager, The Club At Retama

Bryan Knight a.k.a. Knight Flight is a seasoned music veteran, having performed with close to 100 bands throughout his broad international music career. Originally from Dallas Texas, Bryan began his formal musical training on the piano at age eight, became interested in guitar and formed his first band at age thirteen, and eventually performed with almost 100 bands over the next four decades.

Bryan has shared the spotlights with close to 100 bands and artists during his career, including Herb Albert, The Smothers Brothers, Donna Fargo, and The Drifters. Bryan's was a featured artist at the San Antonio Songwriters Expo which aired frequently on PBS in Austin and San Antonio.

Bryan's original song recording, "Sunny Sunday Afternoon" was released in at the Midem Music Festival in Cannes, France by IRL Music of Los Angeles, and was featured alongside widely recognized artists such as Electric Light Orchestra, Eddie Money, & Frankie Goes to Hollywood.

3 Song Lists I Use to Create Sets From:

ONE MAN SUPER-BAND SONG LIST:
A Horse With No Name
Almost Cut My Hair
All My Lovin'
Amie
American Pie
Ain't No Sunshine
A Whiter Shade of Pale
Bad Bad Leroy Brown
Back In The USSR
Best of My Love
Born To Be Wild
Breathe (In The Air)
Bus Stop
California Girls
Can't Buy Me Love
Changes In Latitudes
Chantilly Lace
Close To You
Color My World
Come Go With Me
Cool Change
Cowgirl In The Sand
Danny's Song
Day Tripper
Desperado
Dock Of The Bay
Fever
Fool On The Hill
For What Its Worth
Free Falling
Gimme Some Lovin'
Girl From Ipanema
Great Balls Of Fire
Guitar Man
Happy Together
Heard It Thru The Grapevine
Heartache Tonight
Hey Jude
Hide Your Love Away
House Of Blue Lights
House Of The Rising Sun
Hurts So Good
If
I'll Feel A Whole Lot Better
I Can See Clearly Now
I Can't Tell You Why
I Gotta Line On You
Joy To The World
Just The Two Of Us
Kansas City
Killing Me Softly
La Bamba
Layla
Lay Lady Lay
Let It Be
Light My Fire
Locomotion
Lonely People
Louie Louie
Margaritaville
Moondance
Moonshadow
Mony Mony
My Life
New Orleans Ladies
Nights In White Satan
Ob-La-Di, Ob-La-Da
Oh! Darlin'
Old Time Rock & Roll
Open Arms
Pancho & Lefty
Paint It Black
Pretty Woman
Question 67 & 68
Riders On The Storm
Rock Around The Clock
Rockin' Robin
Runaway
Sound Of Silence
Southern Cross
Southern Nights
Spooky
Stormy
Strawberry Fields Forwever
Suicide Is Painless
Summer Breeze
Sundown
Sunny
Susie Q
Take It Easy
Taxi
The Last Kiss
The Letter
The Rose
The Wanderer
This Masquerade
To Love Somebody
Turn The Page
Ueo Muite (Sukiyaki Song)
Ventura Highway
Venus
Walk On By
We're All Alone
Willin'
While My Guitar Gently Weeps
Wooden Ships
Words
Wreck of the Edmund Fitzgerald
You Are The Sunshine Of My Life
You Can't Do That
You Really Got A Hold On Me
You Make Loving Fun
You've Lost That Lovin' Feeling

SINGER-GUITARIST SONG LIST :
A Hard Day's Night
All I Have To Do Is Dream
A Horse With No Name
American Pie
Amie
And I Love Her
Annie's Song
Best of My Love
Blackbird
Born To Be Wild
Brown Eyed Girl
California Dreamin'
Can't Buy Me Love
Cats In The Cradle
Changes In Latitudes
Chimes Of Freedom
City Of New Orleans
Cool Change
Danny's Song
Daydream
Don't Let It Bring You Down
Everything I Do I Do It For You
Fever
Fire and Rain
For What Its Worth
Free Falling
Girl
Guitar Man
Happy Together
Heard It Thru The Grapevine
Help!
Helplessly Hoping
Here Comes The Sun
Hide Your Love Away
Homeward Bound
Hooked On A Feeling
Hotel California
I Can't Tell You Why
If I Fell
If You Could Read My Mind
I Just Called To Say I Love You
I'll Be Back
In My Life#It's Only Love
I've Just Seen A Face
Jenny Of Oldstones
Joy To The World
Just The Two Of Us
Killing Me Softly
Landslide
Layla
Leaving On A Jet Plane
Lonely People
Longer
Love Potion #9
Lyin' Eyes
Margaritaville
Me & Bobby McGee
#Mr. Bojangles
Mr. Tambourine Man
Mony Mony]
Moonshadow
My Girl
No Reply
Norwegian Wood
Nowhere Man
Ob-La-Di, Ob-La-Da
Our House
Pancho & Lefty
Please Come To Boston
Right Here Waiting For You
Sound Of Silence
Southern Cross
Space Oddity
Spooky
Stormy
Suicide Is Painless
Sundown
Susie Q
Sweet Baby James
Take It Easy
Taxi
The Last Kiss
The Wind Cries Mary
This Masquerade]
To Love Somebody
Ventura Highway
Willin'
While my Guitar Gently Weeps
White Bird
Whiter Shade of Pale
Wind Beneath My Wings
Wooden Ships
Wreck of the Edmund Fitzgerald
You Got It
You Really Got A Hold On Me

SINGER-PIANIST SONG LIST :
A Day In The Life
Ain't No Sunshine
A Little Help From My Friends
A Song For You
Back In The USSR
Bad Bad Leroy Brown
Bennie & The Jets
Big Shot
Blueberry Hill / Ain't That A Shame
Bridge Over Troubled Water
California Girls
Chantilly Lace
Close To You
Color My World
Come Go With Me
Come Together
Cowgirl In The Sand
Desperado
Dock Of The Bay
Don't Let It Bring You Down
Do You Know What I Mean
Everything I Do, I Do It For You
Fool On The Hill
Georgia
Gimme Some Lovin"
Girl From Ipanema
Great Balls Of Fire
Hey Jude
Hold On, I'm Comin'
Hooked On A Feeling
House Of Blue Lights
House Of The Rising Sun
Hurts So Good
I Can See Clearly Now
I Can't Make You Love Me
Can't Tell You Why
If
Imagine
I Just Called To Say I Love You
In My Life
Just The Way You Are
Kansas City
La Bamba
Lay Lady Lay
Let It Be
Light My Fire
Love Street
Lucy In The Sky
Mercy Mercy Mercy
Mony Mony
Moondance
My Girl
My Life
Never Comes The Day
New Orleans Ladies
New York, New York
Nights In White Satin
No Reply
Old Time Rock n Roll
Oh! Darlin'
Open Arms
Our House
Piano Man
Pretty Woman
Question 67 & 68
Riders On The Storm
Right Here Waiting
Rockin' Robin
Rock Around The Clock
Runaway
Sailing
Sea Cruise
Since I Fell (For You)
Southern Nights
(Just Like) Starting Over
Stormy
Strawberry Fields Forever
Summer Breeze
Sunny
The Rose
The Wonderer
Tuesday Afternoon
Turn The Page
Unchained Medley
Under The Boardwalk
Up On The Roof
Walkin' On A Thin Line
Walk On By
We're All Alone
Wind Beneath My Wings
Within You And Without You
Words
You Are The Sunshine Of My Life
You Can't Do That
You Make Lovin' Fun
You May Be Right
You Really Got A Hold On Me
Your Song
You've Lost That Lovin' Feeling