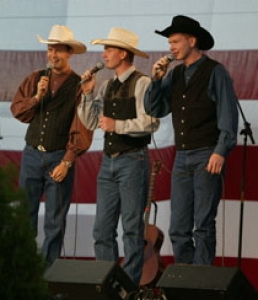 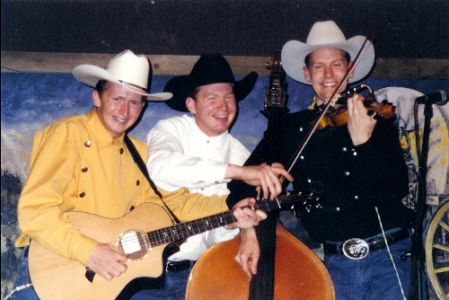 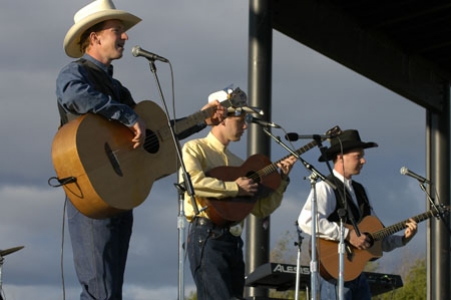 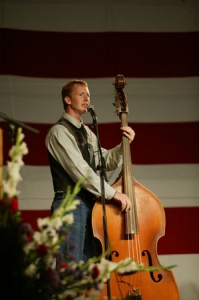 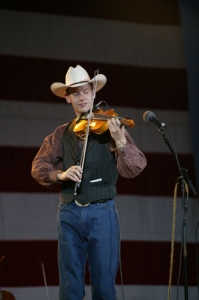 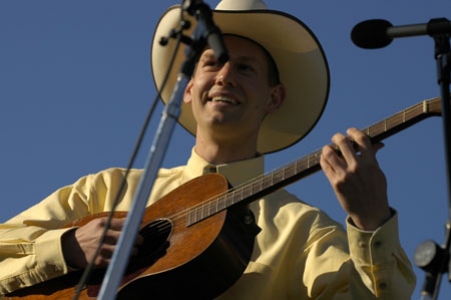 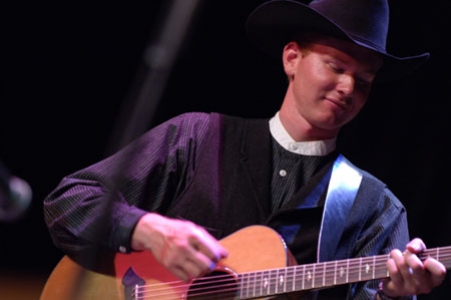 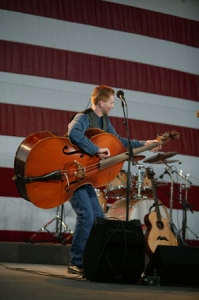 This strikingly handsome sibling trio, with their strong harmonies accented by superb musicianship, are perennial favorites to audiences large and small, and for many years have consistently offered up a complete, family friendly entertainment experience.
Blending traditional tunes with cowboy, western swing & gospel, the Booher Brothers have played before audiences as distinguished as the president of the U.S., and on the critically acclaimed radio program, the Prairie Home Companion.
The groups' latest CD, Silver on the Sage, combines old time gospel and cowboy songs.
The Booher Brothers are talented, entertaining, and gentlemanly to the core.

Be the first to review The Booher Brothers

"The Booher brothers exhibit a rare gift of drawing their audience into their music as well as their fun!! They are talented, entertaining, and gentlemanly to the core. With that special sibling quality to their vocal harmonies, and their expertise on their instruments, they are a rare joy to listen to. These tall handsome cowboys keep the audience spellbound to the end of a concert! But their best performance is with their fans after the music stops. At the end of a performance everyone present wants to celebrate their wholesomeness and are grateful for restoring our faith in their generation of performers.
With love and admiration, Pat and Ed Abernathy" LaPine, Oregon

"Wow!!! The Booher Brothers make you feel special whenever you see or talk with them. In their concerts, it is as if they are singing directly to you. Their smiles are contageous and so warming, and their music is uplifting, fun and inspirational."
--Gary & Lil Thompson, Cottage Grove OR

"The Booher Brothers were GREAT!!! Everyone LOVED them!!! They were a breath of fresh air! Great cowboy/western music - very clean - the boys are so humble, so sweet. So very talented! You have wonderful sons. Such good manners. So thoughtful. So talented."

The Booher Brothers grew up with their five older siblings on a small farm in beautiful Scotts Valley near Yoncalla in Westen Oregon. In fact, they and their sister, Meriwyn, were born in their country home. There was always music in their ears: "Daddy" on the piano playing Stephen Foster, or on the accordian, squeezing out schottishes and polkas; their older bros working out songs for their four piece band; Rudi getting up at four in the morning practicing for the fiddle contests; Mother playing old records of Jim Reeves, Slim Whitman, Eddy Arnold, Marty Robbins and the Sons of the Pioneers. In 1990 the then 12 member (including the Booher grandparents) Booher Family was chosen National Amateur Music Family by the American Music Conference in Chicago.
From 1993 through 1998, Ben, Brendan & Gabe Booher traveled with their parents and siblings, booked as "The Booher Family." They toured the U.S., Canada, and Europe, performing at fairs, festivals and various other venues, with their signature approach to a broad variety of American music.
Though in '98 the Booher Brothers settled in Central Oregon, their roots are planted deep in the soil of their birth, and they love coming back to the "Home Ranch" near Yoncalla, Oregon, to visit their parents, Mike and Dolores Booher.
For six years ('98-2004), the Booher Brothers performed regularly with their sister Meriwyn at their family-owned and operated "Diamond B Chuckwagon," a cowboy supper and western show in Central Oregon. Since the business closed in 2004, the Booher Brothers have been playing concerts from the west coast to Texas.

Description of band members:
Ben (28) has the yeoman's work on the bass, energizing the audience with his rhythmic, lightning fast playing. Ben's lead vocals and beautiful cowboy yodeling inspire and delight every audience.
Brendan (26) plays a variety of instruments, but is best known for his dazzling fiddle playing and Marty Robbins style plectrum guitar picking. His strong improvisational skills guarantee that no song is ever played twice the same way. Brendan's fine tenor voice adds to the unique Booher Brothers sound.
Gabe's (24) solid rhythm guitar playing is the backbone of the band. His warm baritone lead voice and bass parts on the Brother's tight three-part harmonies are truly wonderful.

The Booher Brothers will provide their own instrument cables and 4 direct input boxes.

Stage center (Brendan): one boom stand, 3 XLR cables (1 with microphone)
Note: The reason for the 3 cables for Brendan is that he trades back and forth with his fiddle and plectrum (4-string) guitar. 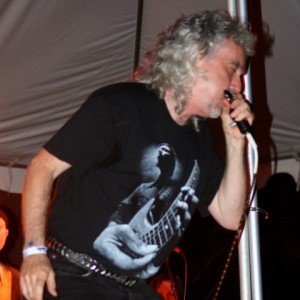 Alex V. said “The Ted Vaughn Blues band was AWESOME! They really know what to play, how to read the crowd and had a lot of energy. The musicianship is outstanding and…” 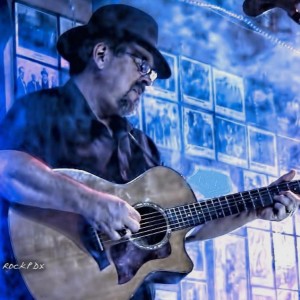 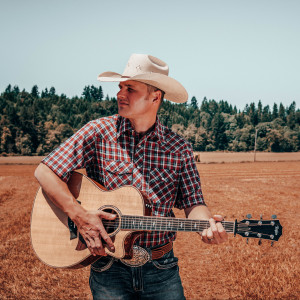 Kathleen Z. said “Tony sang beautifully yesterday and provided a wide variety of country western and gospel music. He's easy to listen to and has a comfortable banter that…”