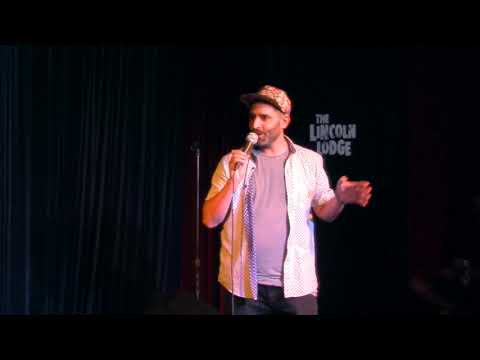 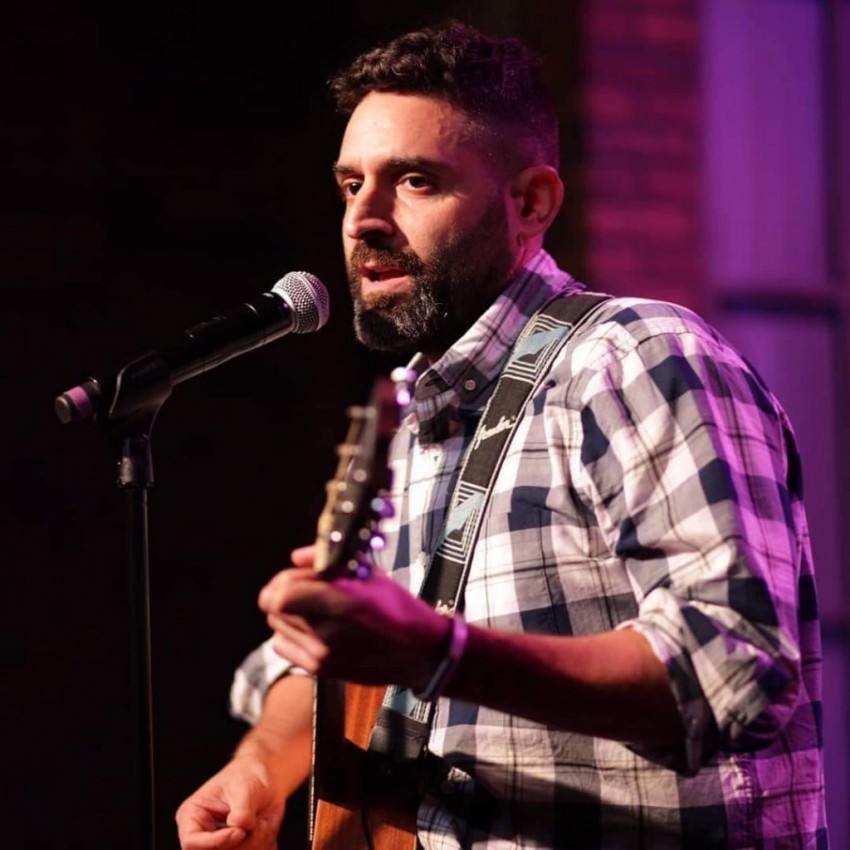 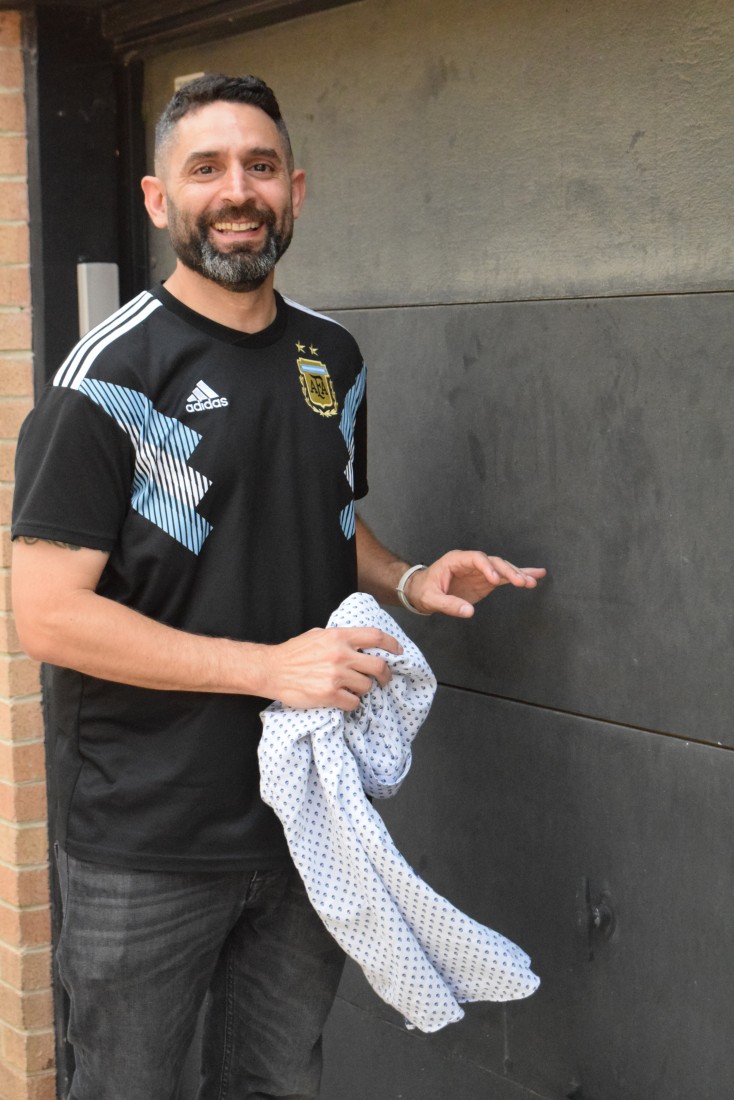 Wearing the Argentinean soccer jersey as one does. 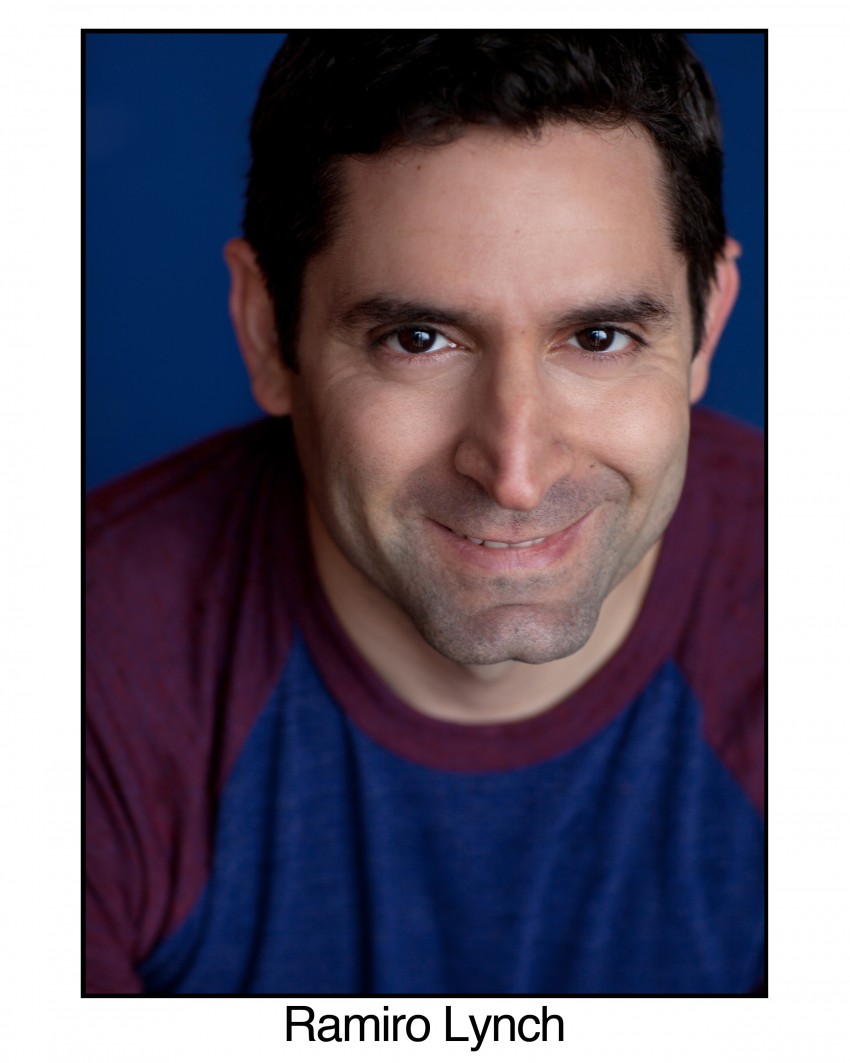 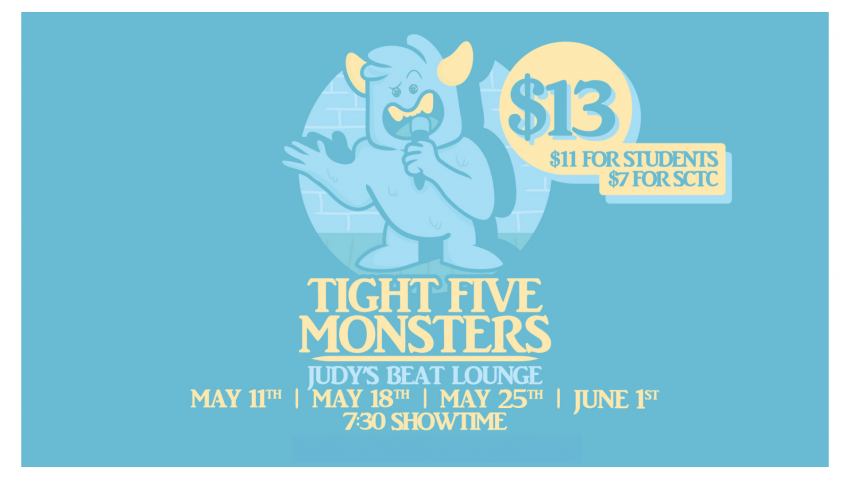 I produce and MC this show at Judy's Beat Lounge.

Ramiro Lynch is a stand up comedian, improviser and producer who can perform both in English and Spanish. Ramiro's act incorporates his views on being an immigrant, having an accent, and adapting to life in America after growing up in Argentina and moving to the United States in 2001.

Ramiro was a blast! Full of energy entertainment that had the crowd engaged throughout the show. He was funny, quick witted, and brought good material to the show. His "Puss in Boots" skit had the audience dying of laughter. His ability to perform his comedy in both Spanish and English served the show well as it allowed him to connect with all in attendance. We would definitely book Ramiro again when the opportunity allows.

Thanks Jose! I loved performing at your party! You have amazing family and friends! Thanks again!

Ramiro was fantastic. Not only was he punctual and polite but he also delivered great and relevant jokes at our event. Would definitely work with Ramiro again in the future if the opportunity arises.

You provided a flash of fresh air with your funny blows and antics.
I like your style, so assertively express your own shortcomings, body parts , and difficult experiences, and you made everyone involved . Your made up songs is a treat to us. We can’t stop cracking up.
Thank you for sharing your new erudite of comedy nerd you are!

I do stand up and I usually use the guitar to make my performance more musical. My comedy is influenced by the absurd, I use misdirection, voice inflections, guitar tricks, typical set up / punchline comedy, storytelling. I use anything depending on the setting and the audience. I usually have jokes that I am comfortable performing multiple times but I find funny moments when I interact with the audience and can point out to something that it's happening in the here and now. I don't talk about politics in my act. I am self deprecating but I like to poke fun at things outside of myself sometimes. My goal is to entertain and help people to have a good time.