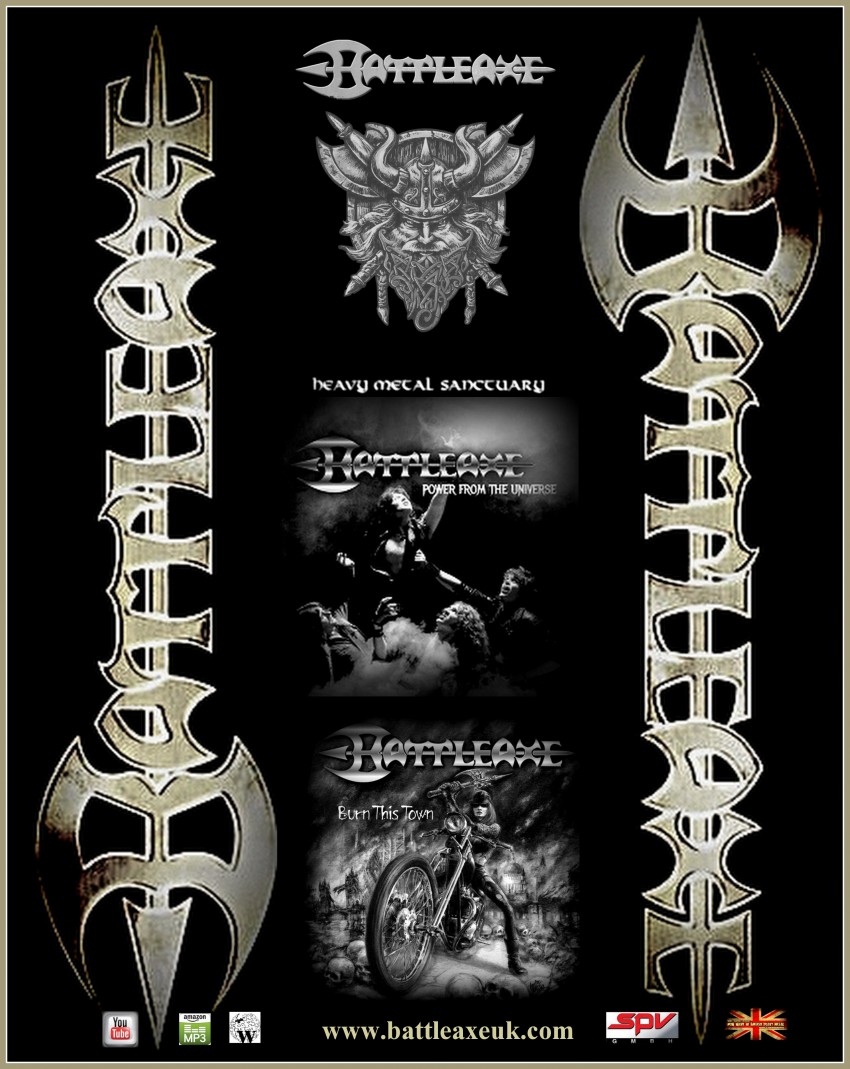 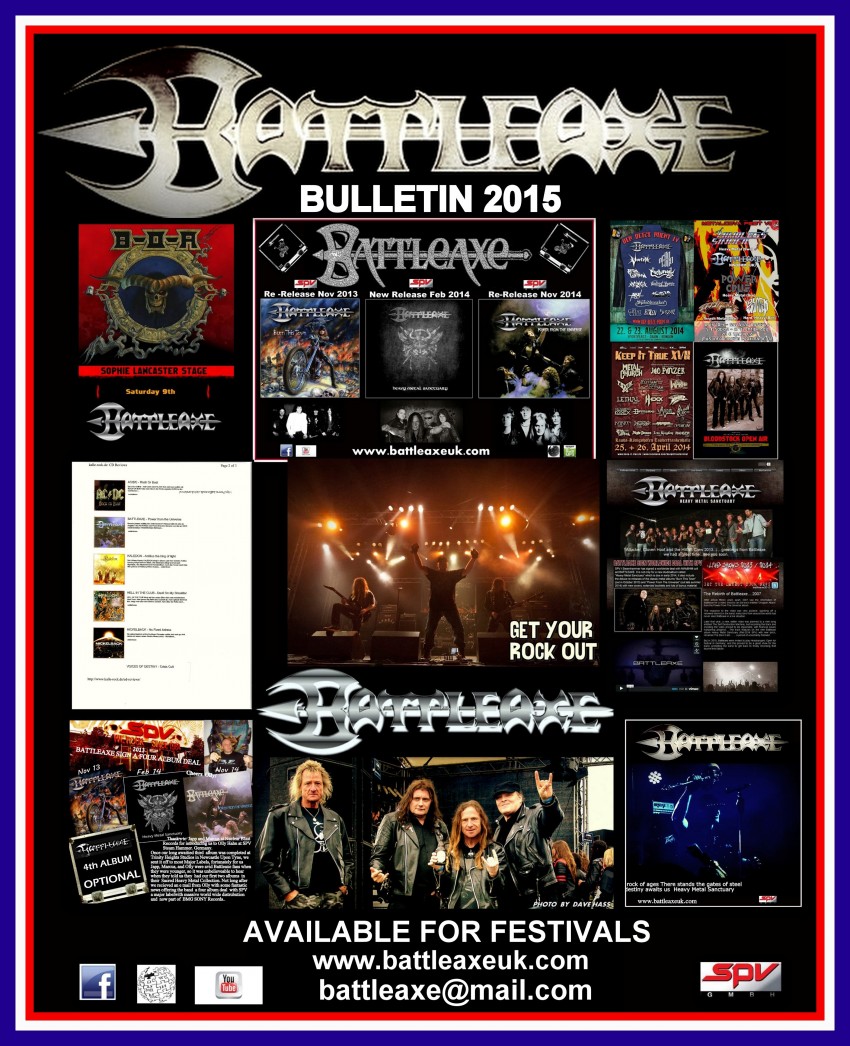 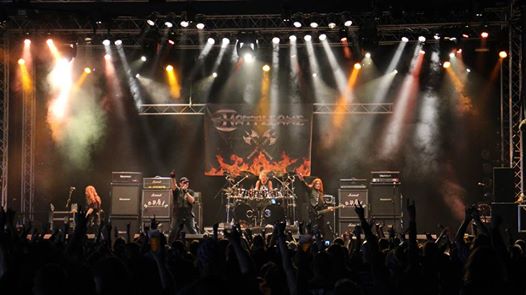 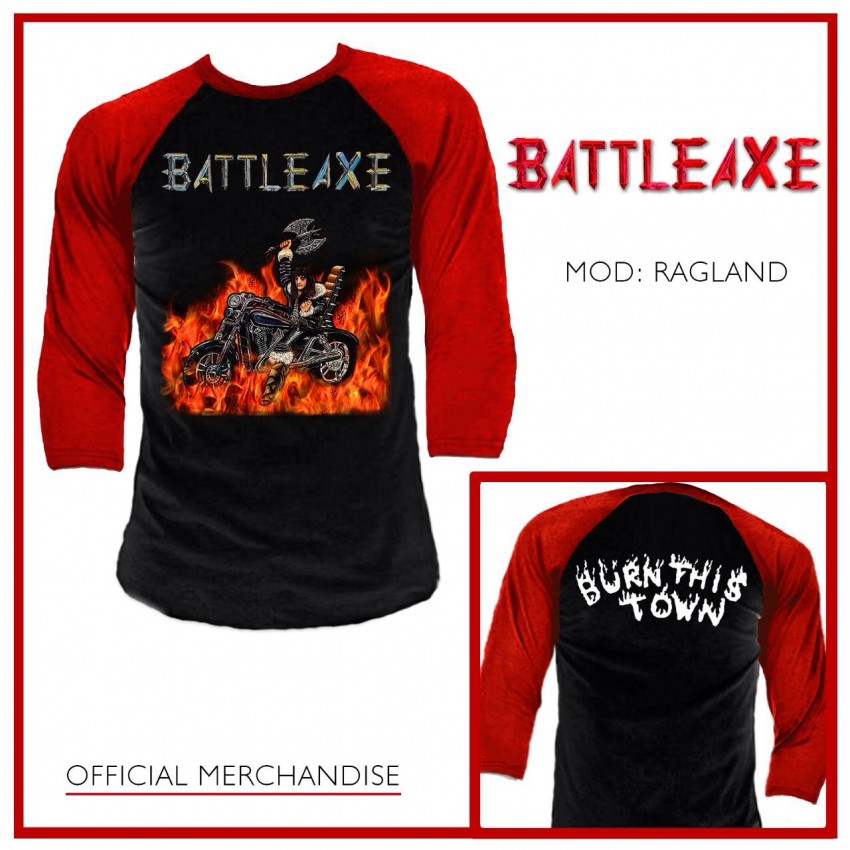 The legendary British heavy metal band battleaxe originating in the early 80s and has been attributed to being part of the nwobhm movement. A truly magnificent movement that has brought British heavy metal back into the 21st and world wide popularity. A hard hitting loud and exiting band with many excellent enjoyable and memorable songs. Battleaxe is and always will be a crowd participant heavy metal rock band.

Be the first to review Battleaxe

A BRITISH HEAVY METAL BAND The Battleaxe lineup had remained unchanged for almost 25 years up until April 2014. Originally a four piece band, a short trail of members passed through the ranks between 1983 and the early 1990s. But Bass player Brian Smith and Vocalist Dave King both founder members remain in the band to this day with long time member Guitarist Mick Percy. Recently In March 2014 Just after a fantastic performance at Keep it True Festival in Germany the band parted company with disgruntled drummer Paul Atkinson who was replaced by Rick Squires former drummer with NWOBHM band Salem and The legendary Heavy Metal Kids.
In Jan 2014 the band still agreed that the best way forward was to stay as a four piece, and enter into a new collective with new thinking for the 21st century. Since the signing to SPV STEAM HAMMER BGM SONY RECORDS late in 2014 the band have released three well acclaimed albums World wide and have played quite a few prestigious Festivals in Europe and the UK. The mighty Battleaxe has returned on to the Worlds Heavy Metal Scene with new re sharpened blades of steel and are currently working on their fourth album the title of which has yet to be announced. For more info and photos check out our credentials (link hidden)
https://youtu.be/BNLEFyRXSsU
(link hidden)

AMPEG AND MARSHALL BACK LINE