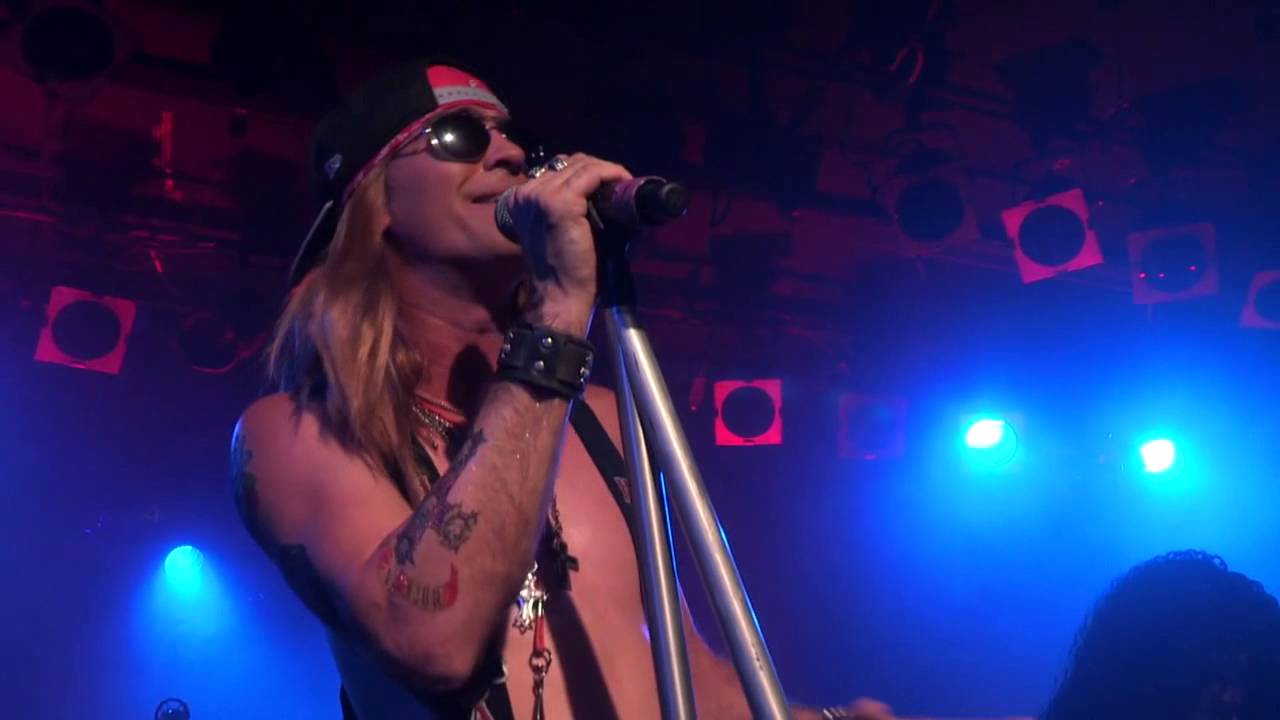 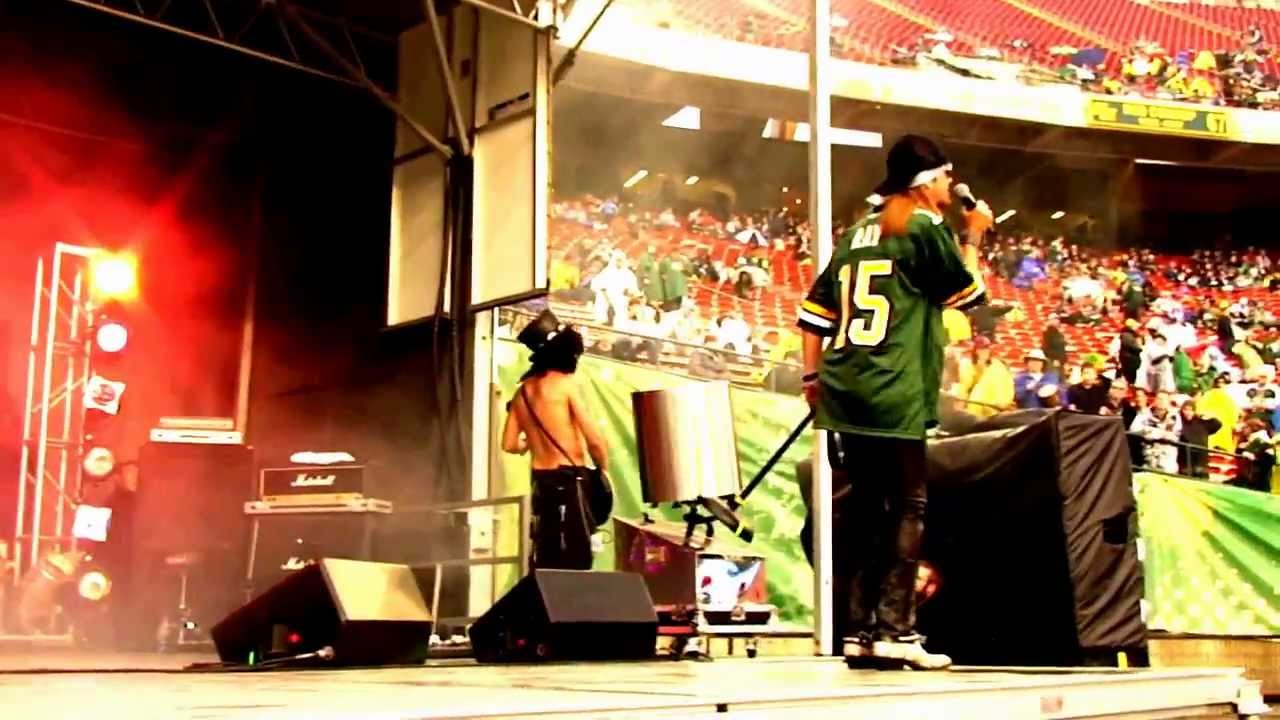 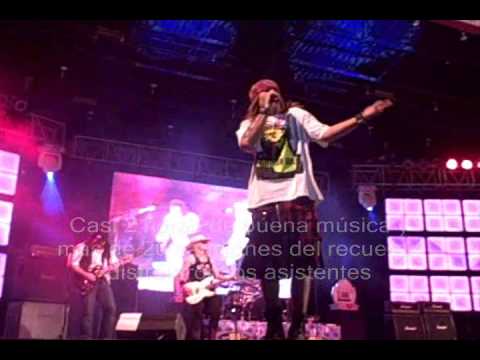 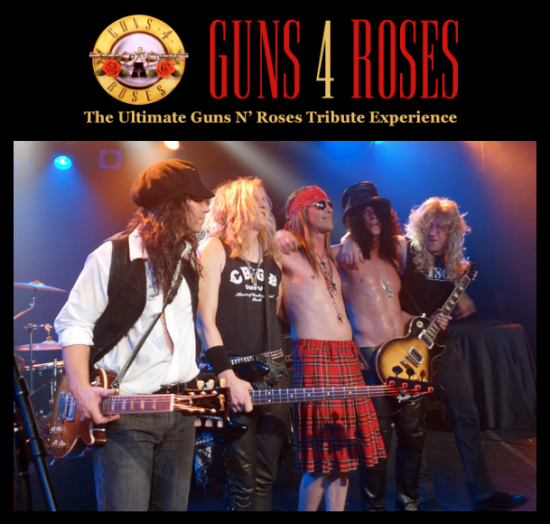 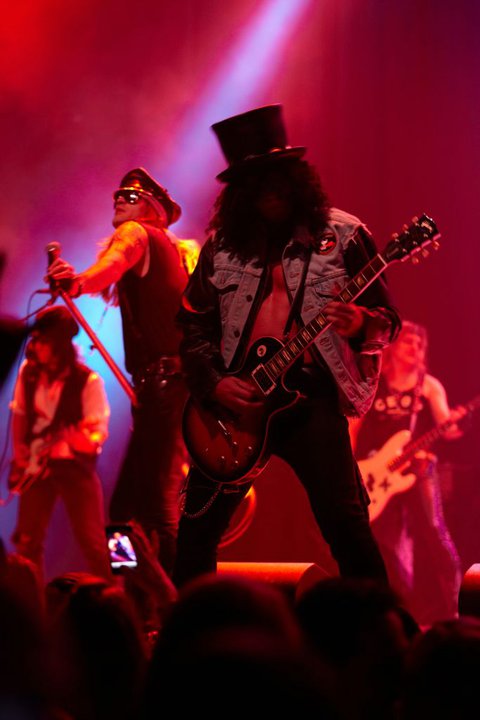 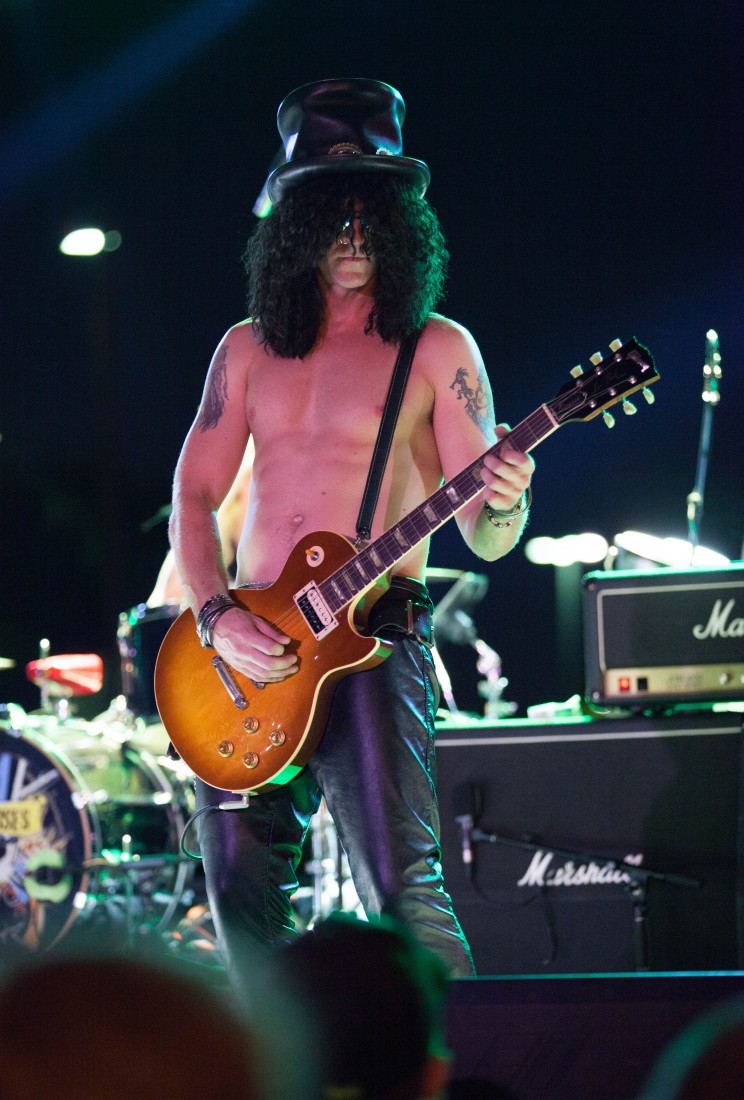 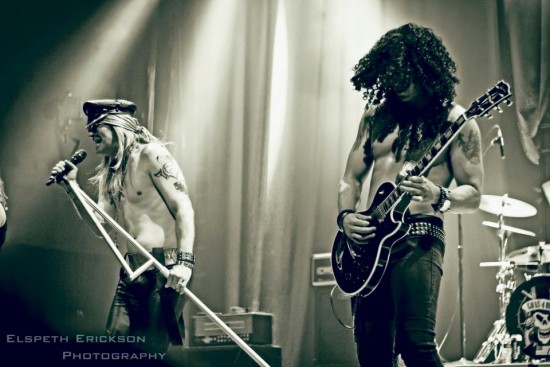 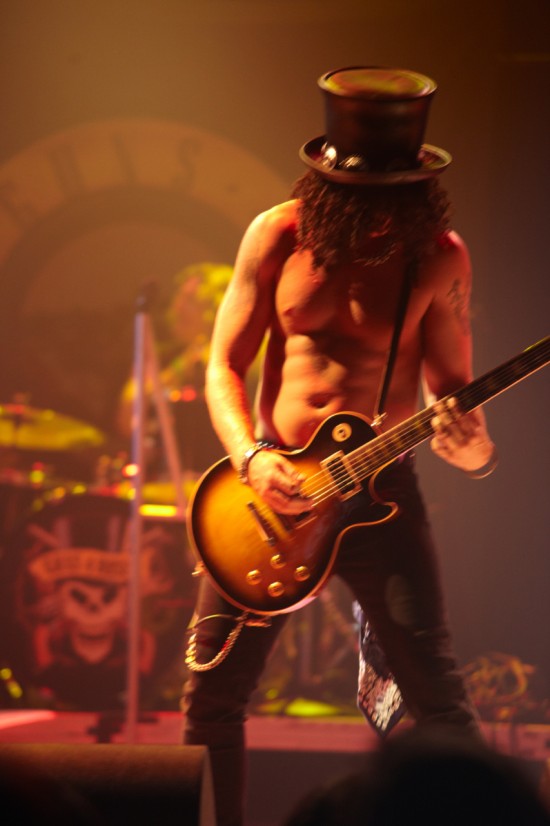 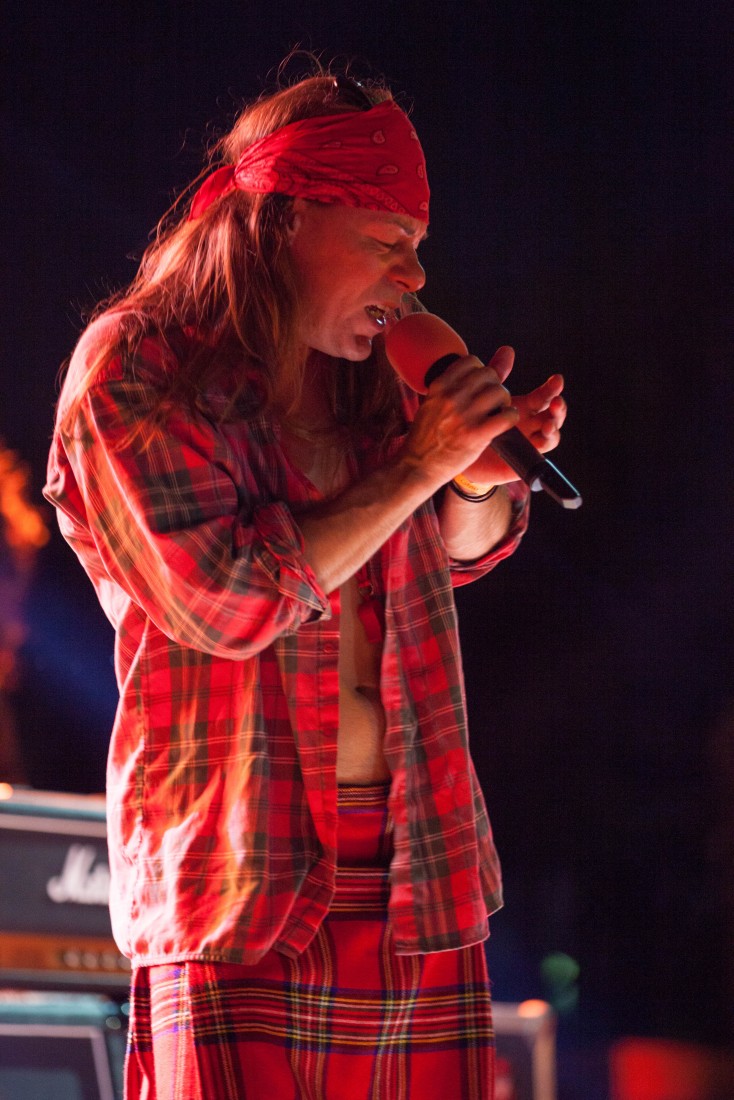 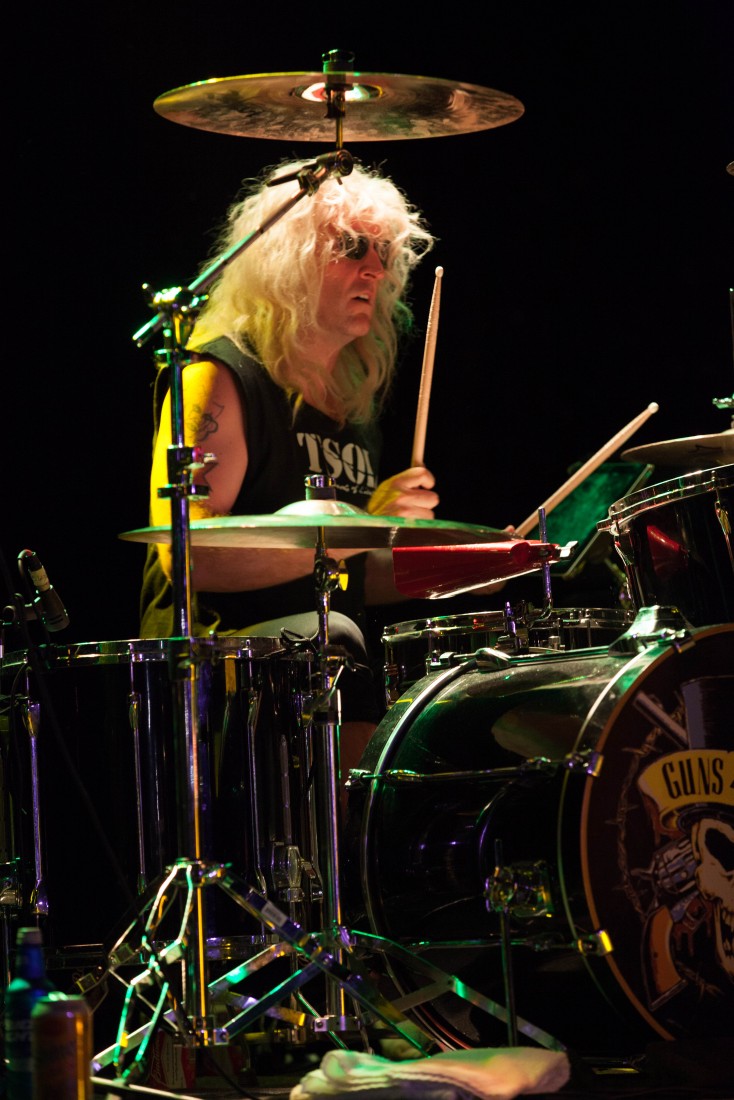 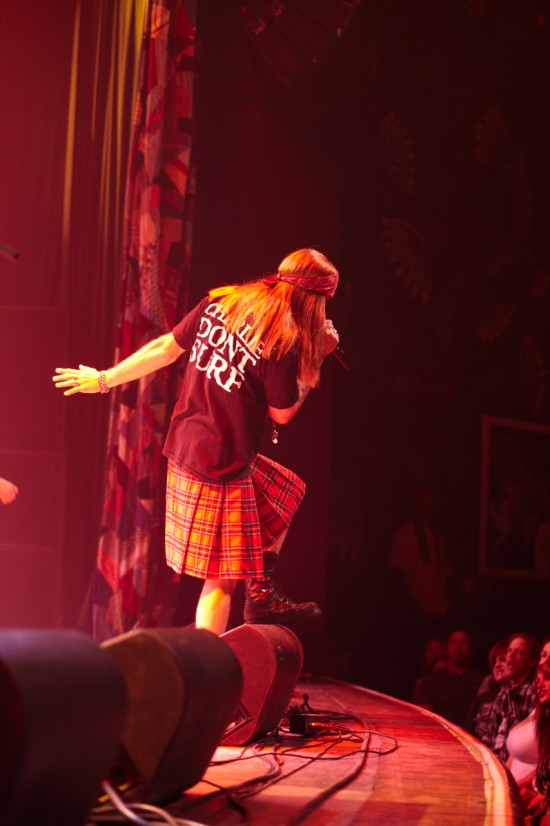 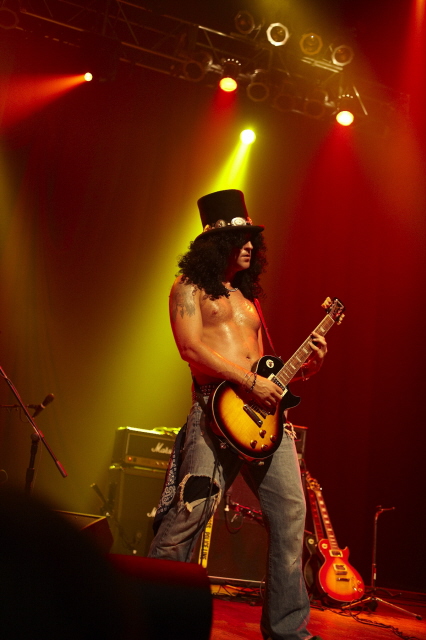 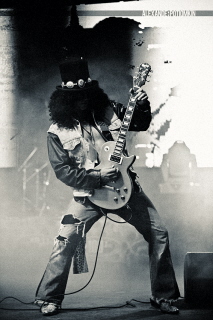 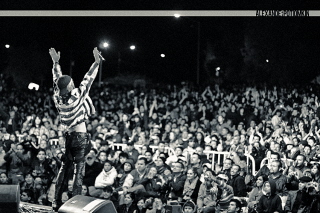 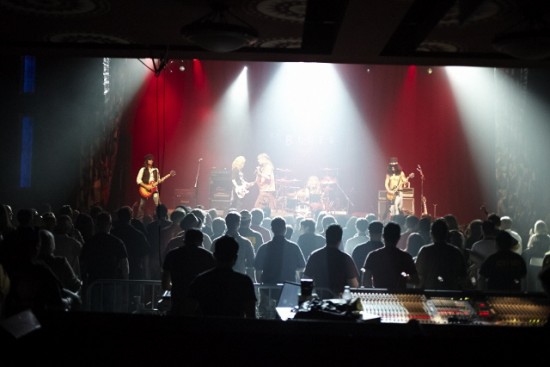 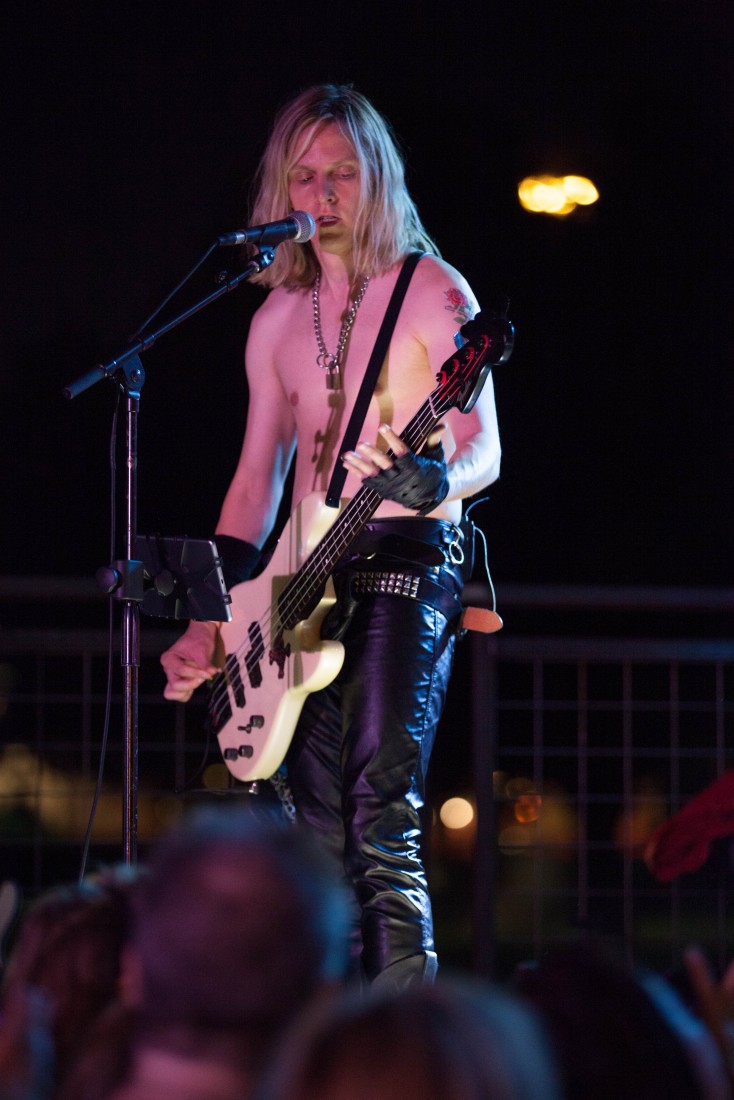 Guns 4 Roses rock all your favorite Guns N' Roses songs from Welcome to the Jungle to November Rain and everything in between putting on a full stage production bringing you back to the classic Appetite for Destruction GnR lineup. More than just a Guns N' Roses tribute band, Guns 4 Roses is the Ultimate Guns N' Roses Tribute Experience!

The members of Guns 4 Roses have shared the stage with artists such as Vince Neal of Motley Crue and Bret Michaels of Poison and have headlined for crowds as large as 26,000 people in four countries.

Loved every minutes. Reminded me of going to rock concerts in the 80's while in Jr High, out in Vagas. So much fun! I highly recommend, the next time yall come to New Braunsfel / San Marcus TX yall (try) your concert at (1) Billy's Icehouse, (2) The Pour Haus-historic New Braunsfel, (3) historic Gruene Dance Hall, (4) in the summer time, River Road Icehouse....yall will attract larger crowds of military, college, locals, and out-side visitors. Either way, my friends and I are definately coming back to see yall. I WILL be sharing this past Friday night with my patients at work too....most of my patients are like me, they enjoy going to excellent, fun, concerts. Respectfully. Registered Dental Hygienist, Jimmie L.

Super accommodating and flexible. Great to work with!

3rd time we have worked with Guns 4 Roses and each time has been a great experience. Each time I have booked them has been a different type of show (football game half time, lounge, large headline venue) and they have brought the same quality and professionalism to all three. Crowd goes insane for these guys!! They are the best in the biz and that's coming from a big time GNR fan.

Love working with Guns 4 Roses. They are by far top notch and we will be booking again.

We hired Guns 4 Roses for a private party and they were fantastic! Guns N' Roses is my husband's favorite band and these guys nailed it. They even played a little-known song he requested and indulged his hours-long singalong. They were so much fun, made several wardrobe changes and sounded amazing. These guys are true professionals and fantastic musicians. They made our night one we'll remember forever. Guns 4 Roses, you rock!

Both my wife and I are studio execs in Hollywood at WB and Disney, so we've pretty much seen it all. We rented out the legendary Roxy for a private event and knew we wanted a GNR cover band. While there was a well known LA based GNR tribute band, we felt more comfortable with G4R (even though we needed to fly them in from Dallas). We and all of our guests (many in the industry) were blown away by their performance - both as Aerosmith (which we had them to do as an opening act), and as GNR. Hands down the most authentic, and closest you'll get to the GNR we all grew up loving. And, the ease of communication and willingness to play our desired set lists was above and beyond what we expected. Five stars doesn't do this band justice, and if anyone needs a recommendation - they can personally get in touch with me.

I had the pleasure of performing with the Slash from Guns 4 Roses. The entire team was very professional and easy to work with. The performance would not have been complete without them. I hope to work with them in the future and would recommend them to anybody that want an awesome rock tribute show.

This is one of the best tribute bands that you will find! They play hit after hit, non-stop, making it a night to remember. Guns 4 Roses sounds even better than the original Guns N Roses.

These guys ROCKED this party! They are amazing performers! Not only did they put on an incredible performance...but they we're ALL so nice to deal with and they even let me perform with them! Such an amazing night I will never forget! Thank you so much!!!

Words can't even begin to describe how good these guys were. Guns 4 Roses is one of the most professional bands I have had the pleasure to work with. There is no question, we will be hiring them again. They are worth every penny!Thank you Guns 4 Roses for an awesome show and, a great experience!

Guns 4 Roses rock all your favorite Guns N' Roses songs from Welcome to the Jungle to November Rain and everything in between putting on a full stage production bringing you back to the classic Appetite for Destruction GnR lineup.

The members of Guns 4 Roses have performed with artists such as Vince Neil from Motley Crue and the Bret Michaels Band. The band has headlined for crowds as large as 26,000 people.

Guns 4 Roses, The Ultimate Guns N' Roses Tribute Experience, perform up to a non-stop, two hour show of GnR's biggest hits such as Sweet Child O' Mine, November Rain, Welcome to the Jungle, Patience, and Paradise City as well as many other fan favorites.

A Guns 4 Roses show doesn't just consist of five musicians performing the songs of Guns N Roses. The band also puts on a full stage production with authentic costumes, instruments, and performances bringing the audience back to the classic Appetite for Destruction Guns N' Roses lineup.

Since first performing in May of 2009, Guns 4 Roses have headlined for crowds as large as 26,000 people while performing at large events such as Sturgis (SD) Bike Week and festivals all across the United States, Canada, Central America, and Mexico. Guns 4 Roses was selected to perform live on the national television program, World's Greatest Tribute Bands, on AXSTV in 2013. The members first met through advertisements posted on Craigslist. The band performs their exciting stage show for rowdy audiences about 25 times a year. The band consists of Jason Ferchaud as Izzy Axl? (lead vocals), Eamonn Gallagher as Izzy Slash? (lead guitar), Chris Bender as Izzy Duff? (bass), Martin Turney as Izzy Adler? (drums), Dave Semans as Izzy Izzy? (rhythm guitar), and Chris Loehrlein (keyboards) as Izzy Dizzy?.

Guns 4 Roses pays tribute to the classic GnR lineup that first took to the famous Sunset Strip stage of the Troubadour on June 6, 1985. Axl Rose, Slash, Duff McKagan, Steven Adler, and Izzy Stradlin would become world famous behind their debut record, Appetite for Destruction, which sold over 33 million copies worldwide. Guns 4 Roses draws much of the material for their show from the Appetite for Destruction album as well as the GnR Lies, Use Your Illusion I, and Use Your Illusion II albums. The band members constantly study Guns N Roses concert footage in order to continually improve the authenticity of the show. In 2014, Guns 4 Roses added live keyboards & precussion to the show giving the Use Your Illusion songs and even more authentic sound.