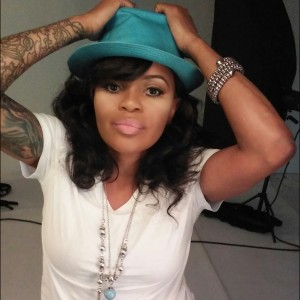 International Hip-hop artist Jacki-O turned Christian Minister/rapper sharing a powerful testimony of her life along with messages of GOD'S love and a need for repentance and faith. She goes in depth and does it with compassion as she reaches back to help bring people to Christ through ministry!

Be the first to review Angela Agape'

Angela Agapé's ministry calling is Saved Single and Celibate. She has touch hundreds with her powerful testimony and has lead many to Christ as she connects with ages 18- and up . She goes in depth on the awareness of sexual sin and how being delivered from sexual perversion,soul Ties, adultery, and fornication is so important in our walk with Christ.

Miami native Jacki-O first made a splash on the charts in 2003 with the club-friendly single “Nookie,” a contagious hit that unabashedly explored the power of sexuality. The videos for “Nookie” and her follow-up “Fine” featuring The Ying Yang Twins received heavy rotation on BET’sUncut and MTV. Angela hit the charts again with the Timbaland-produced “Slow Down,” and her song “Sugar Walls” was featured in the film Beauty Shop starring Queen Latifah.

Magazines she has covered

"Even with all the mainstream success i felt empty." she said. "There was something missing, it was Jesus!"

Angela grew up in a Christian home and has an Apostolic faith. She has always felt a ministry calling on her life so In 2012 Angela "received a touch from God" and finally decided to answer his call. I am excited about what God is doing in my life. "I feel free from the work of satan and I'm ready to tear down the enemy's kingdom!"
She has new music a new name and has an awesome testimony about it! Angela Agape' Book her!