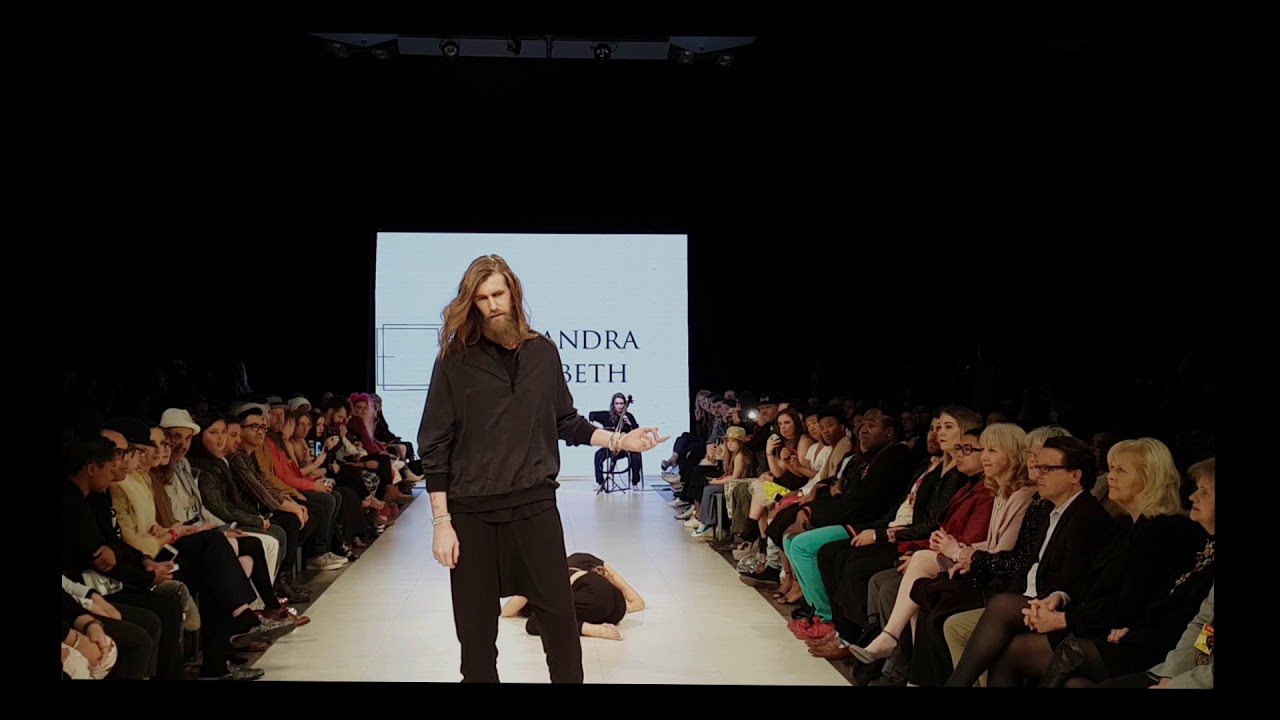 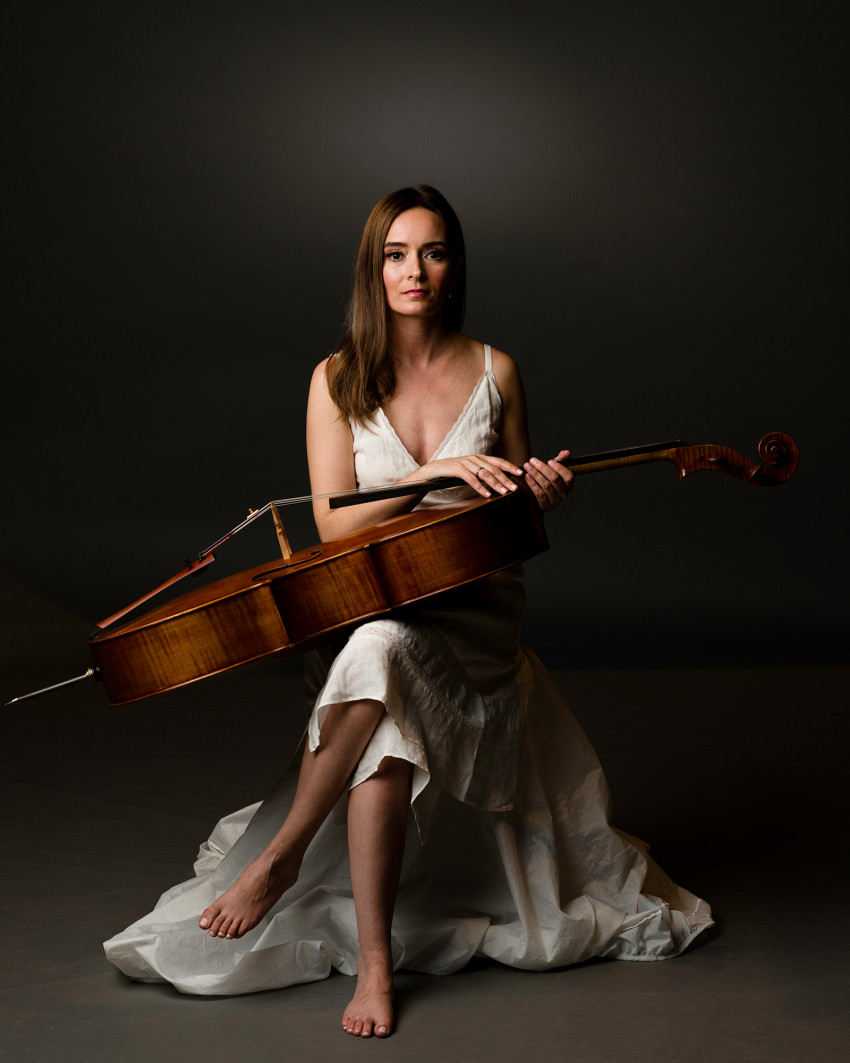 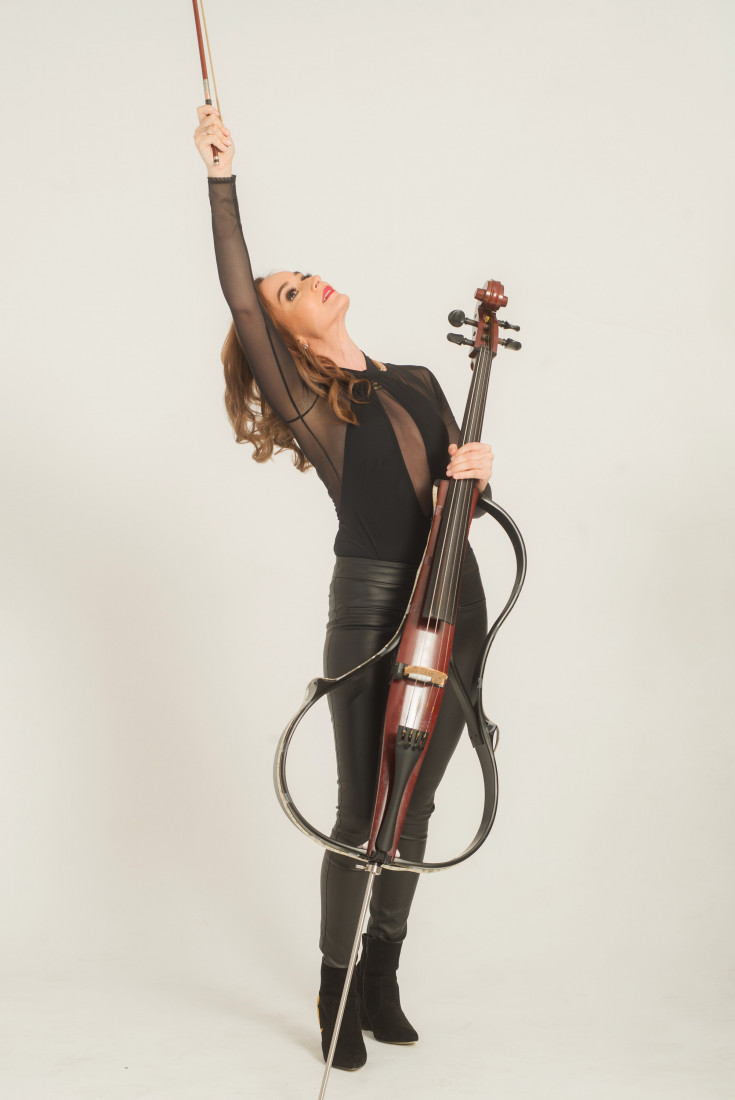 Amber's career has included touring Canada, Europe and China with various symphonies and ensembles. She is founder and member of the electric cello duo CELLA and string trio She Plays. Her solo project titled Echoes from the North is a series of meditative soundscapes composed for cello with electronic effects. Amber’s collaborations include artists and ensembles such as KYGO, SYML, Shawn Mendes, Leif Vollebekk, and Classic Albums Live. Amber is highly experienced as a session player and offers professional quality remote recording services. She is CEO of Cooperative Records and holds BA and MMus degrees in cello performance.

We hired Amber to play at my daughter's wedding as a solo cellist. She was fantastic and all the guests raved about her. Even before our event, Amber was so easy to contact and she responded quickly to all our questions. She was dressed to suit the occasion and was so professional. I would highly recommend her without reservation. I only got a short moment after the wedding to thank her and she was so gracious. Thank you so much, Amber, you helped make my daughter's day perfect!

Thank you Helen for the kind review! I really loved playing for your daughter and son-in-law and all of your guests. It was such a beautiful wedding and I was honoured to be a part of it. I'm so pleased that you enjoyed my contribution. Best wishes to all of you!

Amber did an amazing job for our wedding. Very professional very talented. Every one who attended had nothing but great things to say about her performance for the entire ceremony.

Thank you Jason :)
I really enjoyed playing for your wedding! I wish you all the very best in your new life together. Congratulations!!

Thanks so much Amber! We arrived just in time, bit of a busy day. But we could hear the music playing, and it was beautiful. You did a wonderful job for our wedding, thank you so much.

Thank you Alexander! Your wedding was stunning and it was our pleasure to be involved. Sending you both our congratulations and best wishes!
Thank you,
Amber
P.s. what a fantastic location!

We were so thankful to have Amber play the cello at our sons wedding. She is a joy and very gifted!

Thank you Eleanor! Your son's wedding was so beautiful. I felt very welcomed by your lovely family and it was a special treat to collaborate with Beckie and Chris - they are wonderful!

The cherry on top of our wedding ceremony

Amber was the beautiful finishing touch to our outdoor wedding ceremony. We received so many comments and we really loved that she was able to play all our favourites as part of our ceremony, even a couple songs that weren’t on her song list. She was wonderful! Thanks so much Amber!

Thank you so much Veronica! I absolutely loved your wedding. I will never forget playing Over the Rainbow while your grandmother walked with you (and I was so happy to meet her briefly, she's awesome!). Congratulations and all the very best to you and your family.

Amber made our wedding ceremony absolutely stunning. Everything we wished for.

Thank you Alex! I'm so glad that you were pleased with my contributions. It was an honour to play for you both and for your guests. I wish you a lifetime of happiness together.

Could not be happier <3
Amber and her husband came to play at the ceremony of our wedding on May 19th and it was truly magical. Right from the start Amber was wonderful to work with, she was very responsive and took the time to explain expectations. I am so lucky to have found her to play her beautiful cello/guitar duo and heard nothing but compliments from our guests. There was a nice mix of contemporary and classical, she offered suggestions for ceremony music and they were perfect! My bridesmaids walked down the aisle to "What the world needs now is love" and I walked down the aisle to "Hallelujah". It was perfect, thank you so much for making my day so memorable!

Thank you Rebekah! We are so glad that you were pleased with our contributions to your big day. Your wedding was SO beautiful and it was a pleasure to play for you!!! We wish you a lifetime of happiness together <3

Amber was amazing!!! we received so many compliments fro our guests on the music and her timing for creating such a special moment for us!!!

Thank you for your kind review, Kaisa. I really enjoyed playing for you and wish you both a lifetime of happiness together! xoxo

Amber is a truly amazing musician who left a deep impression on everybody who attended our reception. EVERYBODY commented on how much they liked her music. She was easy to work with, and made excellent and valuable suggestions regarding the program. We are so appreciative of her work -- she really helped set the tone of the big day!

Thank you Erik!
It was my pleasure to play for your beautiful ceremony.
My very best wishes to you both.

Such a perfect ceremony with the live music. Everyone loved it and made my wedding even more special! So thankful for such stunning musicians with beautiful talent!

Thank you Rebekah!
Your ceremony was indeed perfect and a real pleasure to accompany. We wish you both a lifetime of happiness together.

Beautiful cellist for a classy event

Amber played for our Yacht club Easter brunch, and our guests loved it. Soft, beautiful and classic and everyone loved her performance. Looking forward to next time!

Thank you for the kind review, Charlene! It was such a nice Easter brunch to play for. Hope to play for you again!

Amber did a fantastic job at our engagement party. She worked with the DJ to improvise, complimenting the music that he played with her beautiful electric cello. Her performance was an excellent modern addition to our event, and we are looking forward to working with her in the future.

Thank you Mahsa! It was such a treat to perform at your engagement party!

Exactly what I wanted!

Amber was excellent to work with and played beautifully at my wedding ceremony. I would highly recommend working with her!

Thank you for your positive review, Elyse! It was my pleasure to play for your beautiful wedding!

Easy to work with. Great performance

Great event because of Amber

Amber was professional and very kind. She is a wonderful and talented cellist

Dear Lesley,
It was a pleasure to play for your event. You are a gracious host! Thank you for the positive review.
Amber

Very easy to work with and talented!

Amber was a breeze to coordinate with and made planning for the entire evening very easy. While at the event, she was very courteous and professional, and played beautifully!

Thank you for your positive review, Kent! It was a pleasure to work with you. Your event was full of beauty and I am honoured to have been a part of it.

"Amber as a live musician is always in the moment bringing to life a range of emotions that are uniquely her; powerful and beautiful."
~Chicago Underground Film Festival

Amber was born in the North West Territories of the Canadian Arctic to artist parents Maureen Walton and Michael Amar. She spent her youth growing up in rural Eastern Ontario where she began playing cello at age three. During her formative years as a cellist she lived in Holland, and studied in Italy and Germany. Later, she earned her BA at the University of Toronto, and her MA from DePaul University, in cello performance.

Performing on a commissioned cello made by David Wiebe, Amber’s career has included touring Canada, Europe and China with various symphonies and ensembles. She toured Canada with the Thin Edge New Music Collective with whom she released a full length album recorded at Glenn Gould Studios. Her many collaborations include artists and ensembles such as KYGO, SYML, Shawn Mendes, Leif Vollebekk, and Classic Albums Live. Other performance highlights include work with TIFF and TedX. As a freelance cellist, Amber has performed for Prime Ministers, Presidents, dignitaries and movie stars - at storied venues such as Roy Thomson Hall, Koerner Hall, Chicago Symphony Center, Amsterdam Paradiso and Berlin’s Kesselhaus.

When not performing, Amber teaches cello to adults and children – holding multiple certifications through the Suzuki Association of the Americas, the Royal Conservatory of Music, and the Creative Ability Development method for improvisation. She has held teaching positions at Chicago’s Columbia College, Valparaiso University, Royal Conservatory of Music, the North York Suzuki Conservatory as well as teaching privately at her home studio in Toronto’s St. Clair West neighbourhood.

Another recent Toronto project is She Plays Inc. – an all-female, strings-dominant musical events company. Playing across the music spectrum, She Plays is in demand for classical repertoires at refined and formal occasions (weddings, ceremonies) - as well as for killer electric sets of recent hot hits for less formal special events. Demure in white, or excite and ignite as sirens in black – if you can dream it, She Plays it.

Launched in Chicago in 2009, Amber is the original founder of the electric cello duo formerly known as Me and Her Cellos. This dynamic project has attracted the attention of clients such as Rogers, BMO, Lamborghini, and Coca-Cola. Re-envisioned in 2019 as CELLA, this electric cello duo is designing new performances and finding new boundaries to cross.

“Amber was simply amazing & elevated the vernissage to a whole other stratosphere!!”
— Gallery 203, Montreal

Pop
All I Have to Do is Dream
Always On My Mind
Always Look on the Bright Side of Life
Can't Help Falling In Love
Feel So Good
Goodbye Yellow Brick Road
Hallelujah (L. Cohen)
Hallelujah, I Love Her So
Let's Stay Together
The Look of Love
Love's Theme
Mercy, Mercy, Mercy
My Girl
Send In The Clowns
Sleepwalk
Strangers in the Night
Thousand Years
Tumbling Tumbleweeds
You Send Me

Other
Variation of Endless Column