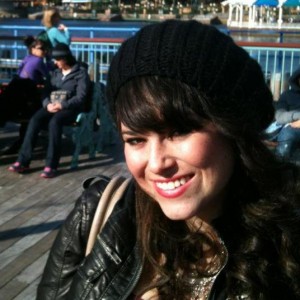 I sing opera, broadway, pop, rock, and anything else you request. I can sing original music as well as covers, standards, arias, art songs, or show tunes.
I bring my own full keyboard to your event.

I've got a bachelor in Music Performance, specializing in singing. I've gigged all over California and an award winning vocalist and song writer. I played lead roles in "Marriage of Figaro," "Merry Wives of Windsor," and "Beauty & The Beast." Currently, I'm a singing and piano instructor at C'est La Vie Arts and am a lead singer in the band SirenSinging.

Allison has the most beautiful voice, a fine tuned instrument! It is rare to have a singer with such a beautiful range, tone and ability to sing so many types of music.
Whether you need a slow sentimental song or music filled with joy and uplift Allison has the vocal ability and talent to do it all.
Everyone at the venue was so impressed with Allison and the band. They are truly talented and you are so blessed if you have the opportunity to have them at your event!
Cheers

Allison Saleh graduated from Biola University with a bachelor of music degree in vocal performance and minor in biblical studies. She has played numerous roles, including "Susanna" from Mozart's Marriage of Figaro, "Anne Page" from Merry Wives of Windsor, and "Belle" from Beauty and the Beast and was a featured soloist in several concerts at Biola University.

She has received awards from Intimate Opera Company and Los Angeles Chapter of NATS Collegiate Auditions and also participated in the California Opera Association in summer of 2010 as a featured young artist. Most recently, she was a featured performer at the Selma Performing Arts Center Fundraiser Dinner and in "Shep's Christmas Wish." She continues to perform all over the valley.

Currently taking a break from opera, she is now the lead singer and songwriter for her band "SirenSinging". They released their first CD in March 2011 and have been performing locally and all over California. Recently, SirenSinging has played at the famous Whisky A Go-Go in Los Angeles. They perform primarily original music, but also perform covers.

In 2013 she started her music and acting instruction business C'est La Vie Arts. She teaches piano, voice, song writing, Music Together classes, performance practices and various other classes and workshops. She formerly taught at The Reedley School of Music, La Habra Music Center, and at (link hidden). She is a certified Music Together Center Director, a member of the National Association of Singing Teachers, and a member of the Music Teachers National Association.