I want to hire Costumed Characters in Charlotte, NC

1. Browse Costumed Characters in Charlotte and contact your favorites

Booking a Charlotte Costumed Character through GigSalad offers you extra protection you can’t get anywhere else. You can rest easy knowing that your payment is secure, and that we’ll have your back in the event of any trouble that may occur. Learn more 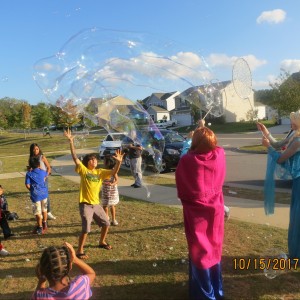 Deidra A. said “We loved having Ms. Believable! Her Cat in a Hat was perfect for our Cat, Hat, & Character breakfast!” 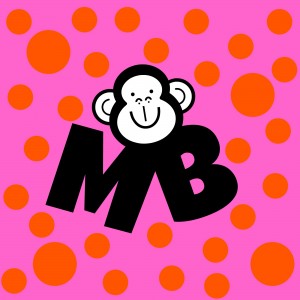 Entertainment professionals who LOVE to Entertain! Performing for audiences of all ages at local parties, business and corporate events and community festivals… 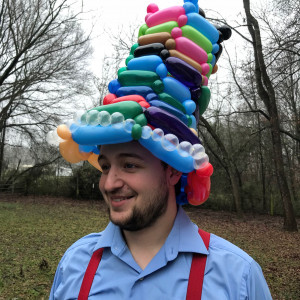 Lashea B. said “Zach was awesome and it made the party. The kids are still talking about it”

Wendy S. said “I used Harry the Birthday Fairy for my sister's birthday. He went out of his way to accommodate us. He was very excited about making it a great birthday…” 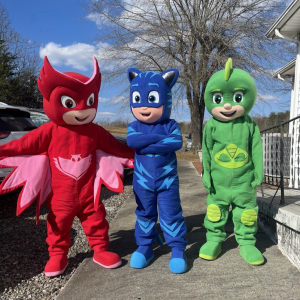 Not only do we offer the finest characters but we offer a show your guest won’t forget! We make sure we involve the whole crowd so that everyone is having a good…

Lisajean L. said “What a wonderful addition to our event. Grinch had a great personality and Denise who assisted was great.”

Alexis B. said “It was wonderful”

In the past year, Costumed Characters have sent 6,923 quotes to event planners

5,987 Costumed Character reviews on GigSalad with an average rating of 4.8 stars

Past events
for Costumed Characters in Charlotte, NC

You are viewing
Costumed Characters in Charlotte, NC

Imagine the look on your little one's face when a life-sized version of their favorite character walks into their party! Booking a costumed character can bring a wow factor that is unmatched. Popular characters from television, movies, and books are all available on GigSalad, and waiting to light up the party! Costumed characters are ready for hugs, dancing, photo ops, and more with your kiddo. Plan a party that they'll never forget with a costumed character! Search for Costumed Characters in Charlotte, North Carolina above.