I want to hire Costumed Characters in Aurora, IL

1. Browse Costumed Characters in Aurora and contact your favorites

Booking a Aurora Costumed Character through GigSalad offers you extra protection you can’t get anywhere else. You can rest easy knowing that your payment is secure, and that we’ll have your back in the event of any trouble that may occur. Learn more 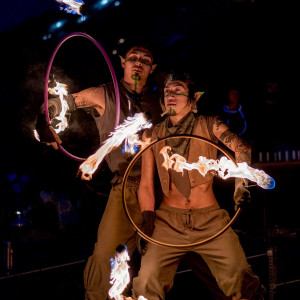 we are offering choreographed fire acts as entertainment for your private party, corporate event or gathering. single and duo performances available upon request.

Robert P. said “We hired Elsa and Batman to be at our preschool/kindergarten open house. They did a great job interacting with the kids and families. They made the evening…” 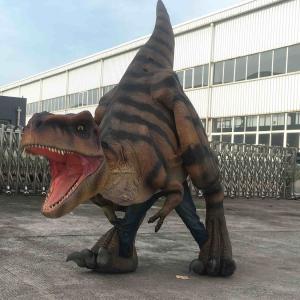 When you read about Dinosaurs, you never thought you could ever actually get to meet...our T-Rex walks, blinks, breathes and ROARS (cue noise complaints). He will…

Linda said “When I requested a mariachi band to play for my husband’s birthday I had no idea what to expect. Eric reassured me he would have the band there on the…”

Lauren W. said “interacted with the children and they LOVEDDDDD elsa. The face painting was amazing”

Christopher B. said “Josh was incredible from start to finish. He came in and was ready to go right away. The crowd was very small children and he managed to maintain their…”

Past events
for Costumed Characters in Aurora, IL

You are viewing
Costumed Characters in Aurora, IL

Imagine the look on your little one's face when a life-sized version of their favorite character walks into their party! Booking a costumed character can bring a wow factor that is unmatched. Popular characters from television, movies, and books are all available on GigSalad, and waiting to light up the party! Costumed characters are ready for hugs, dancing, photo ops, and more with your kiddo. Plan a party that they'll never forget with a costumed character! Search for Costumed Characters in Aurora, Illinois above.