Back to Costumed Characters 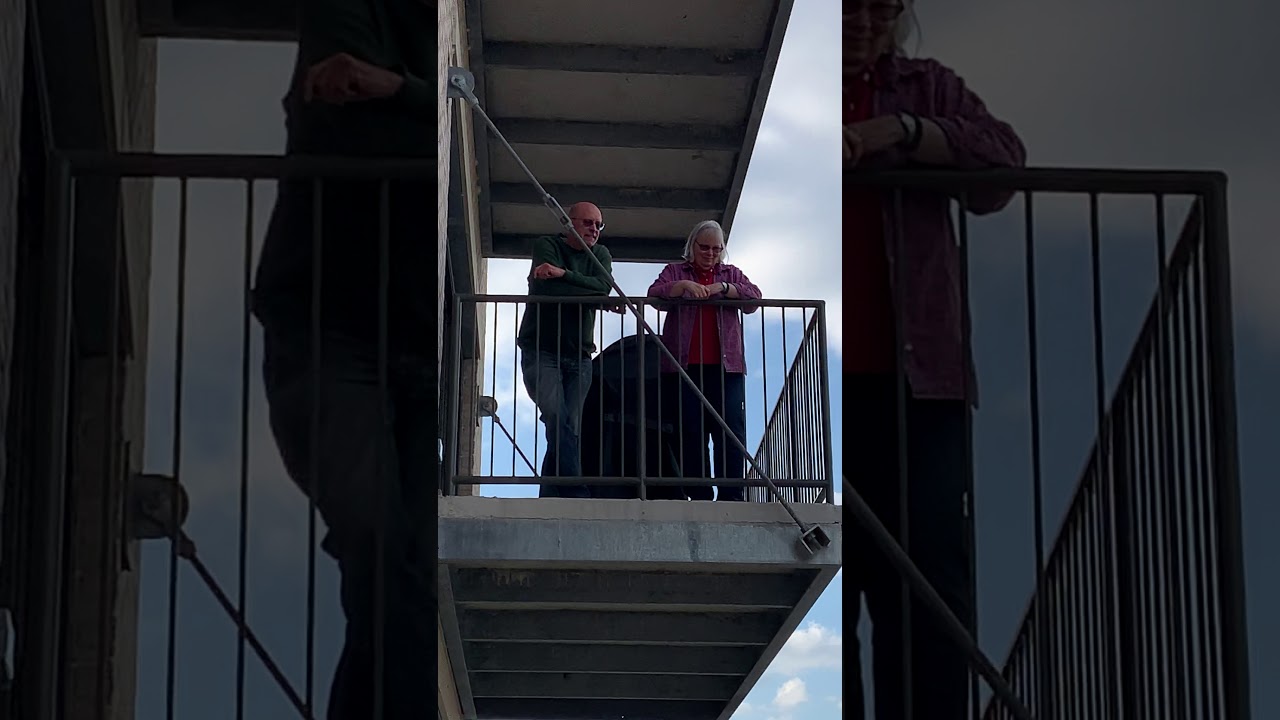 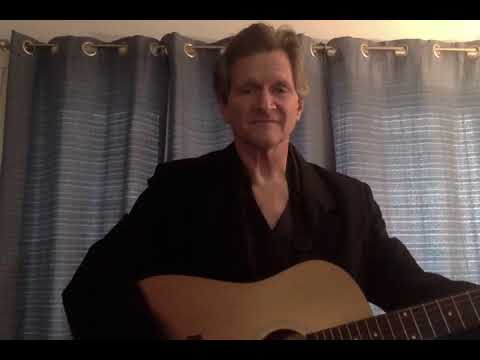 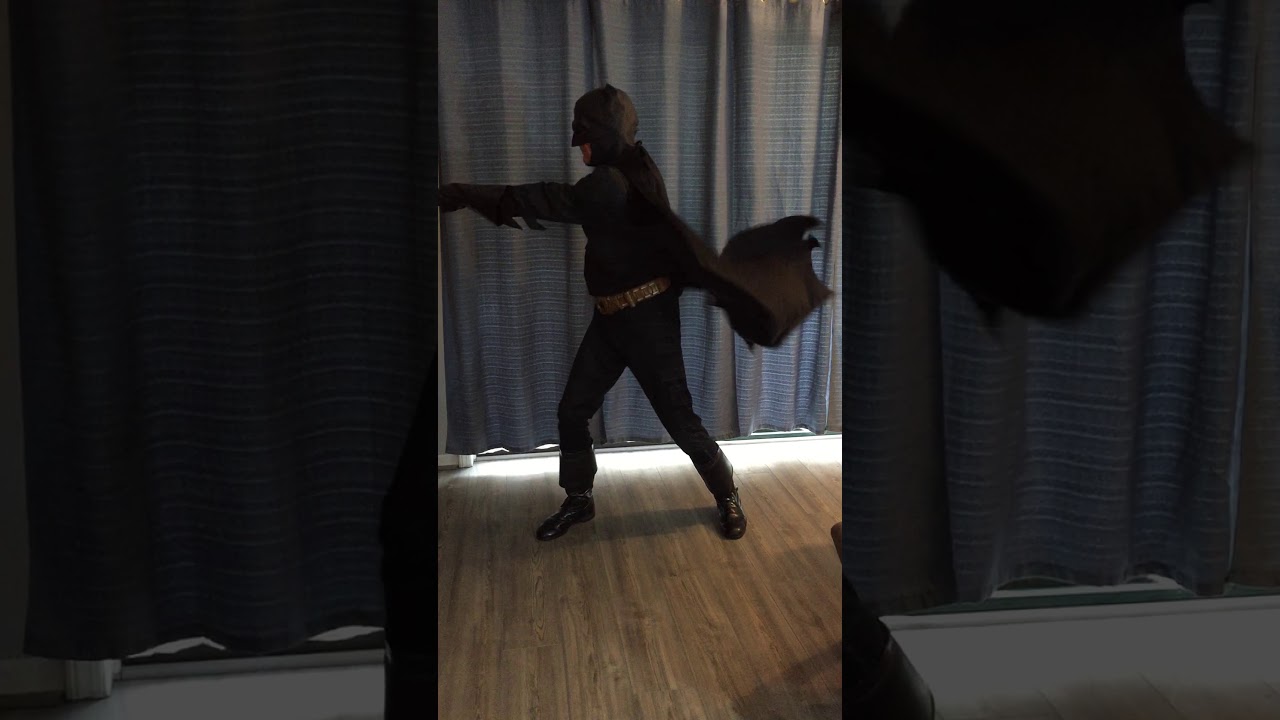 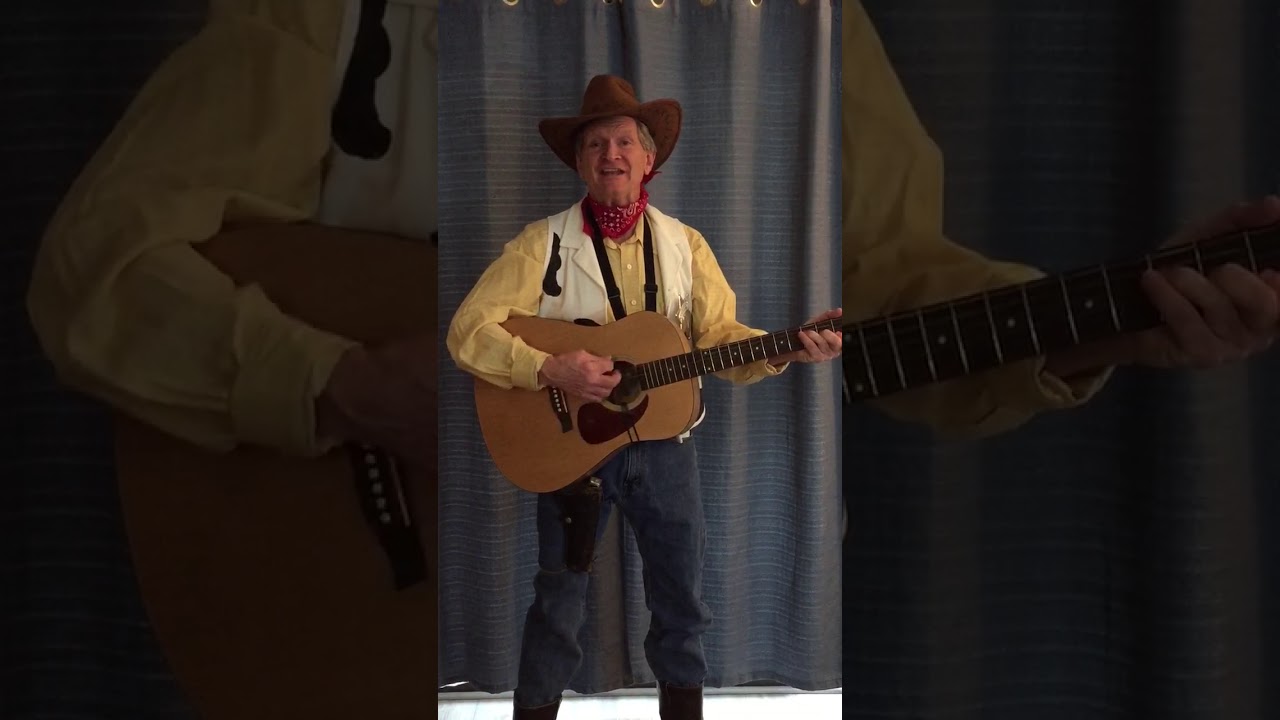 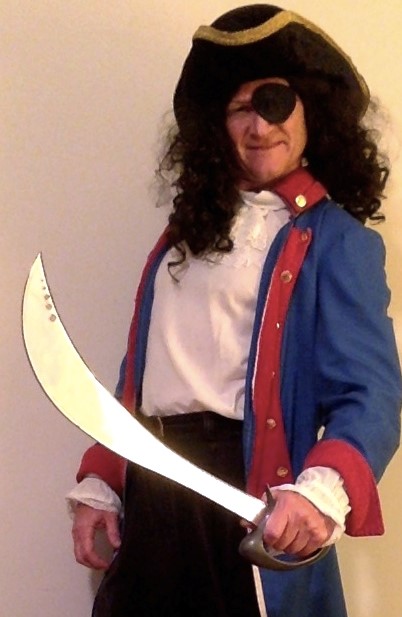 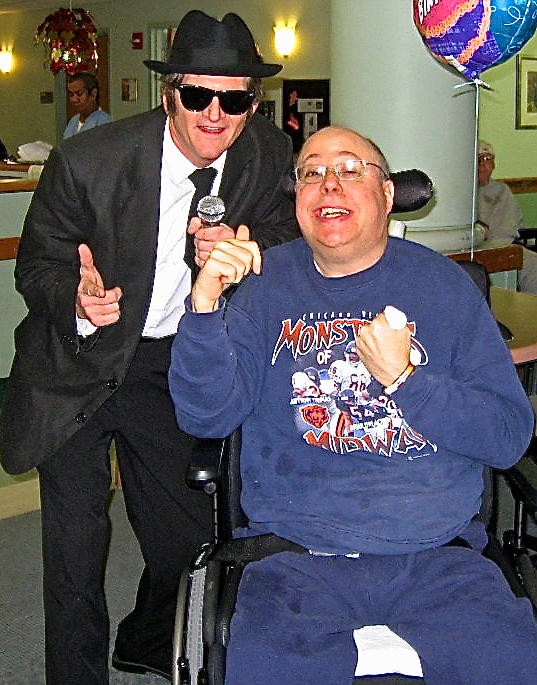 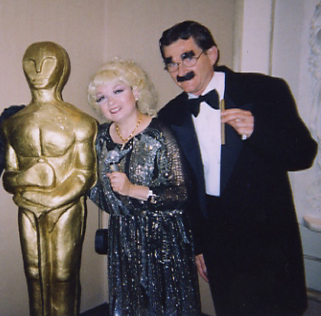 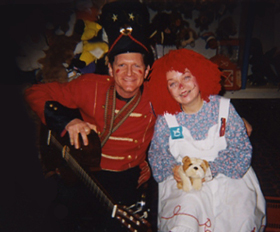 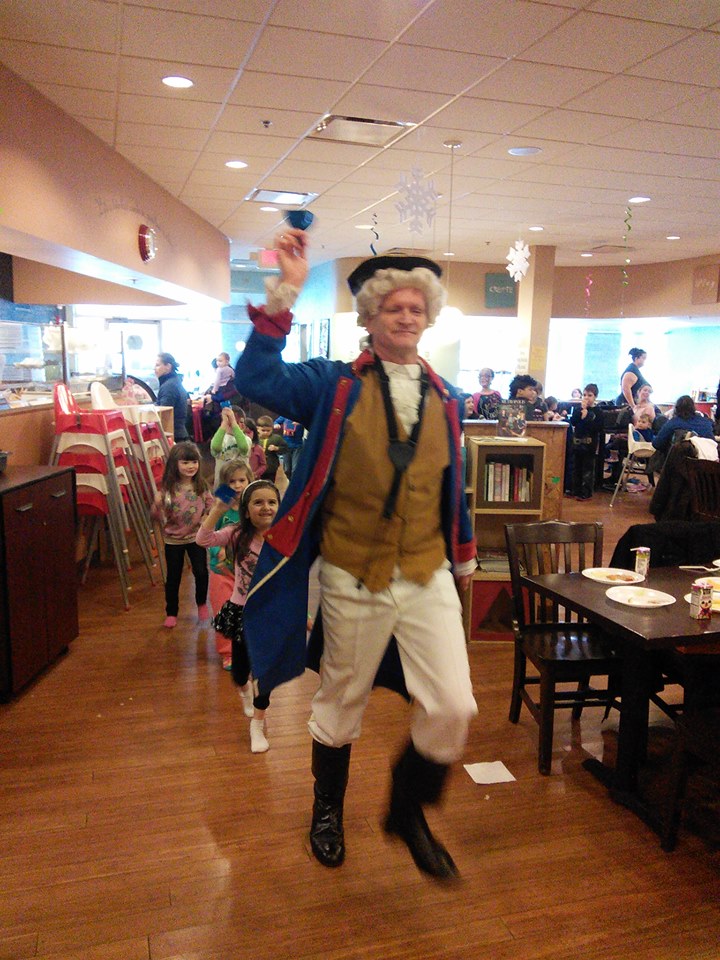 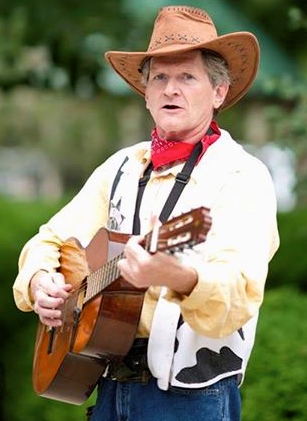 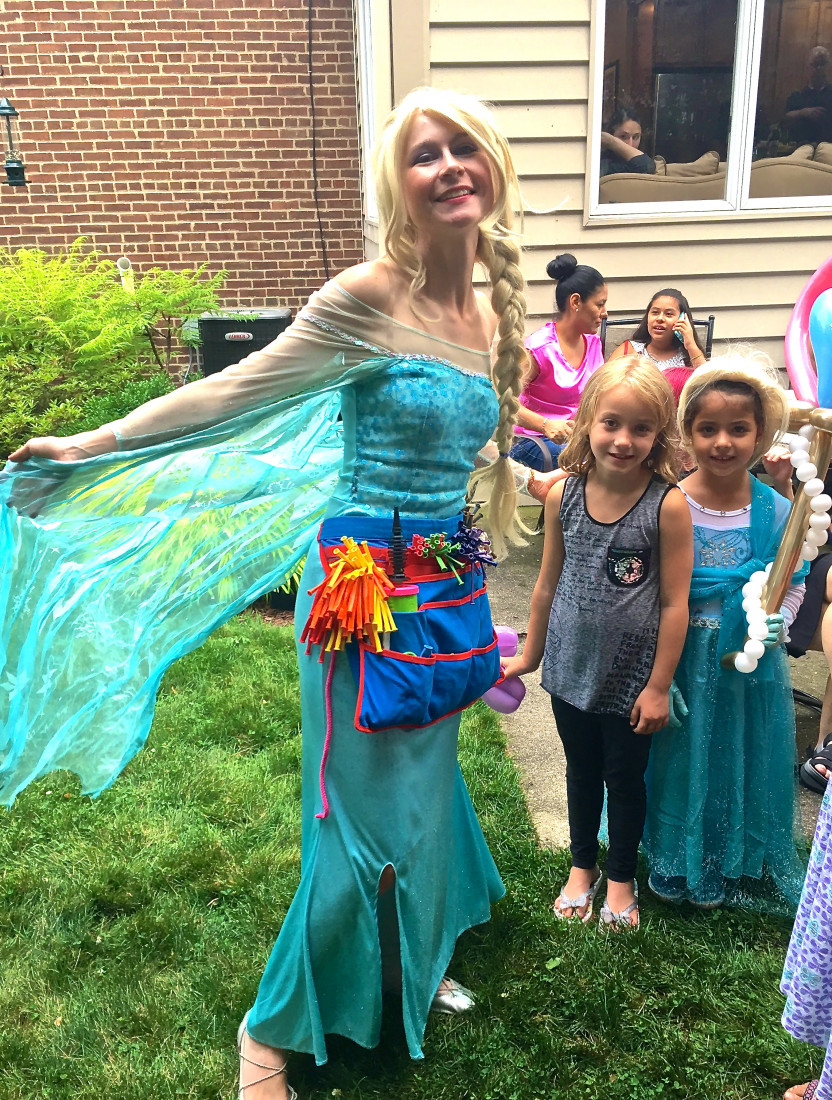 A Birthday To Remember!

For my daughter's first birthday, we hired the Girl Mouse to come to her party and I am so glad that we did! Kevin was very good at communicating and getting back to me in a timely matter to go over details and what to expect. She absolutely loved her and it was entertaining for the whole party to watch. The performer took her time and danced, took photos and sang happy birthday with us. Our guests were talking about it for days with us about how much fun the party was to watch her interact with Minnie!

Thank you so much for your kind words! Janette (Minnie) said she just fell in love with Madeline. It was truly a pleasure doing business with you!

My family was planning a surprise for my father's 60th birthday and wanted one of his favorite super heroes to pay him a visit. I expected something fairly bare bones but instead got a personalized song using information about my father's life that we got to keep for posterity. Everything about the presentation was thoughtful and far beyond the call of duty. I highly recommend booking them for any event you can think of!

Thank you Mike! We had so much fun bringing your father a personalized Singing Telegram to help celebrate his 60th birthday.

Kevin was Mickey Mouse. His suit was clean and he interacted with the kids well. He changed into normal clothes and sang kid songs with the guitar and it sounded great. The kids loved it and sang along. He bought free gifts and toys for the kids!

Reasonable rates. Good communication. And always puts a smile on my wife's face.
Thanks!

It was my brother’s birthday and his performance was great in the middle of the airport with the focus directly solely on entertaining my brother. We laughed and sang the whole time. Everyone enjoyed the performance. I would not hesitate to recommend him to anyone and will be sure to ask for him in the future.

Thank you so much for your kind words! I have to say, that was one for the books. Hope to see you again!

Kevin arrived in advance, dressed in costume and ready to go. He was great! Highly recommend him.

Kevin did a great job entertaining for a surprise birthday party for my sister. He danced, sang and entertained everyone. I would hire him again. Great fun!

We had a genie for our daughter’s 5th birthday and she was amazing! She taught the kids some dance moves, painted faces and twisted balloons! She was so sweet and the kids had a wonderful time!

Thank you so much for your kinds words! We are so happy that everyone had a great time.

The best I have ever contracted to entertain a party, she was wonderful!!!!
The children kept asking her if she was the real Elsa and if she had super powers.

All around good experience

I booked kind of last minute, but all was well. Good communication before the event, on time, and I was told performance went well (I wasn't there). Thanks.

Great Santa! The children loved him.

He arrived on time and stayed in Character the entire time. I will use him again.

Thank you so much for your kind words! It was a pleasure being there with such nice people, and for someone with so much Christmas spirit!

Thank you again for having us, my performer said you are a true gentleman!

Kevin did an amazing job for my wife’s surprise 30th birthday party. He was on time, very polite, and kept everyone laughing. I thought he was priced well and I would use him again! I decided to go with his “nerd” performance to embarress my wife and keep everyone laughing. It worked! Thanks again!

Thank you so much for your kind words! You were a very lively bunch, it made my job pretty easy!

Kevin did a fantastic job at my son's 5th birthday party. He entertained the kids with a variety of games and activities, had some cute fun surprises, posed for pictures and sang happy birthday. Highlight of the party! I highly recommend him.

Thank you so much for your kind words! The kids were great!

Was on time. Great communication. Did exactly what was needed.

I wanted let you know that I’m very disappointed with Jeannette’s performance for the birthday party.

We had scheduled a 2 hour birthday party for my daughter where she was eagerly waiting to see Hello Kitty. All of her friends showed up right on time for the party. However, Jeanette was nowhere to be found. At 11:04, I called to ask her where she was as I had not heard from anyone about being late. She responded that she is on her way but about 10-15 minutes away. That means she would not be arriving until 11:20am (at the earliest, if she quoted the correct time to me).

You had explained to me that it would take about 5 mins for her to change into the Kitty costumed, however, it took about 10 minutes. Once she was dressed in the Kitty costume, she was barely moving. The boom box that she brought with her produced a terrible sound. The songs were hardly audible and it was not even loud enough. It looked like a very old broken down boombox that could definitely use a replacement.

Jeannette hardly did anything to keep the children engaged and it was a waste of my money. However, I did not want to get into a discussion with her while I was entertaining 50+ guests at my home and I just wanted her to leave.

Overall, I’m quite disappointed with the fact that there was no proper follow-up from your end. I should not have to wait until Friday 5:30 pm to speak with her as my birthday party is on the next day at 10:30a. I should have heard from someone 24 hours prior to the party. I was able to speak with her after I called you not because I received a call from your end. This was a sure sign that the Kitty performance was going to fail but I had my hopes. I’m unsure if I would have ever heard from her.

I did not find that she was in the mood to perform at our party. She was very frazzled, unorganized and unfriendly.

We had a lot of disappointed parents as their kids were not entertained for almost a full hour after they arrived. I expected the kids to get excited about the event but Jeanette hardly did anything to mingle with the children.

I am very sorry that the client was unhappy with the service. We have gone back and forth about it, and I don't think this is the place to continue the argument. The only thing I would say is that I should have trusted my instincts that this was not a good business match instead of booking the job. I felt as though the client was trying to pick a fight with me from the very first time we spoke, and that it was not a good blend of personalities.

We booked Kevin for our son's birthday party. He did an incredible job with all the children and made the birthday boy feel extra special. His costume is amazing! He sang songs, read a book, played 2 games, and sang/cut the cake. I highly recommend him for a Mickey Mouse themed birthday party. He was very professional with all his correspondences. Everyone was impressed. Thank you Kevin for a job well done!

Kevin was awesome!! He had a great performance and really related well with the kids. We loved him, the kids loved him and most importantly, my daughter loved him. We will definitely look to him in the future for character themed parties or an expert balloon creator.

Very professional and wonderful with kids

We hired Kevin's Costumed Character for our boys joint birthday party. Kevin was very professional. From the start of comunication and setting the party together, making a deposit, receiving reminder calls and checking up before the party all I can say is that he is very professional. He came early, set up everything and entertained the kids for 2 whole ours he was booked. Kids loved him.

Thank you so much for your kind words. We really enjoyed working with you!

Our performers are great for children/family, adults and seniors. They will provide age appropriate performances depending on who is at your party. They will include music, activities, some fun for the kids and a little sarcastic wit for the grown-ups. We can add on balloon twisting and face painting to most of our performances.

Kevin's Costumed Characters provides entertainment for children, family, adult and senior events in the greater Metropolitan Chicago area. Our performers are seasoned actors and provide a wide variety of entertainment including costumed characters, mascots, impersonations, and more. They love to put together a customized show for your event so please let us know if you have special requests. We have some very special shows created for seniors and love coming to nursing homes and other senior centers. We will spend time talking to you about what you are hoping for your event and will keep in touch to make sure there is no stress in booking us for your party.

We will talk to you about your event and any special needs that you have or what we may need as we work on booking your party.

Please let us customize our performance to meet your needs!

We love old time vaudeville, variety shows, old movies, cartoons, childrens books and music. And we love to study those characters you are interested in so we can develop a great experience for you and your guests.

We just need a little space and maybe power!