The 10 Best 1960s Era Entertainers for Hire in Holden, MA

1. Browse 1960s Era Entertainers in Holden and contact your favorites

Booking a Holden 1960s Era Entertainer through GigSalad offers you extra protection you can’t get anywhere else. You can rest easy knowing that your payment is secure, and that we’ll have your back in the event of any trouble that may occur. Learn more

Best known for their soundtrack work in HBO's Sex And The City, for the past 20 years, Four Piece Suit has performed unique, eclectic music for audiences around…

Larry Bee and the Buzz

Carol C. said “Congratulations to Larry Bee and the Buzz for an awesome Launch Party last night!! 🎶🎶🎶 The "Groovy Music", rock and roll and classic rock was…”

Rob B. said “I caught this trio outside and they put on a great show. Very wide range of material guaranteed to make everyone listening happy. The harmony vocals were…” 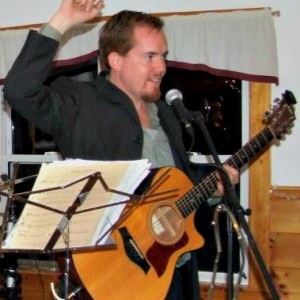 Lou G. said “Patrick did a great job at keeping the place lively and enjoyable. Played some great music including requests from the guests and provided exactly what…”

You are viewing
1960s Era Entertainment in Holden, MA

Some things to consider when hiring 1960s entertainment are to make sure you listen to audio and watch video clips of the performer/group. This will ensure that you truly do book the best for your next event! Next, you want to get references. Talk to people in the area about the performer and get feedback. Finally, get a contract. Many professional performers require a deposit to secure them at your next event. Make sure to read through the contract carefully before contracting their services for your party. Search for 1960s Era Entertainment in Holden, Massachusetts above.