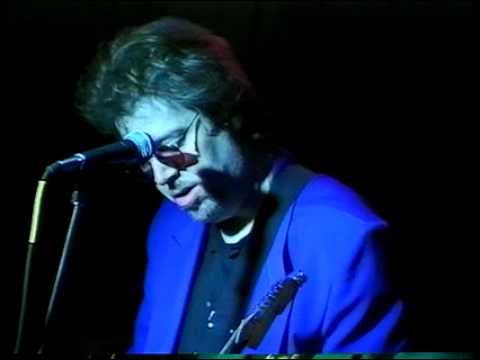 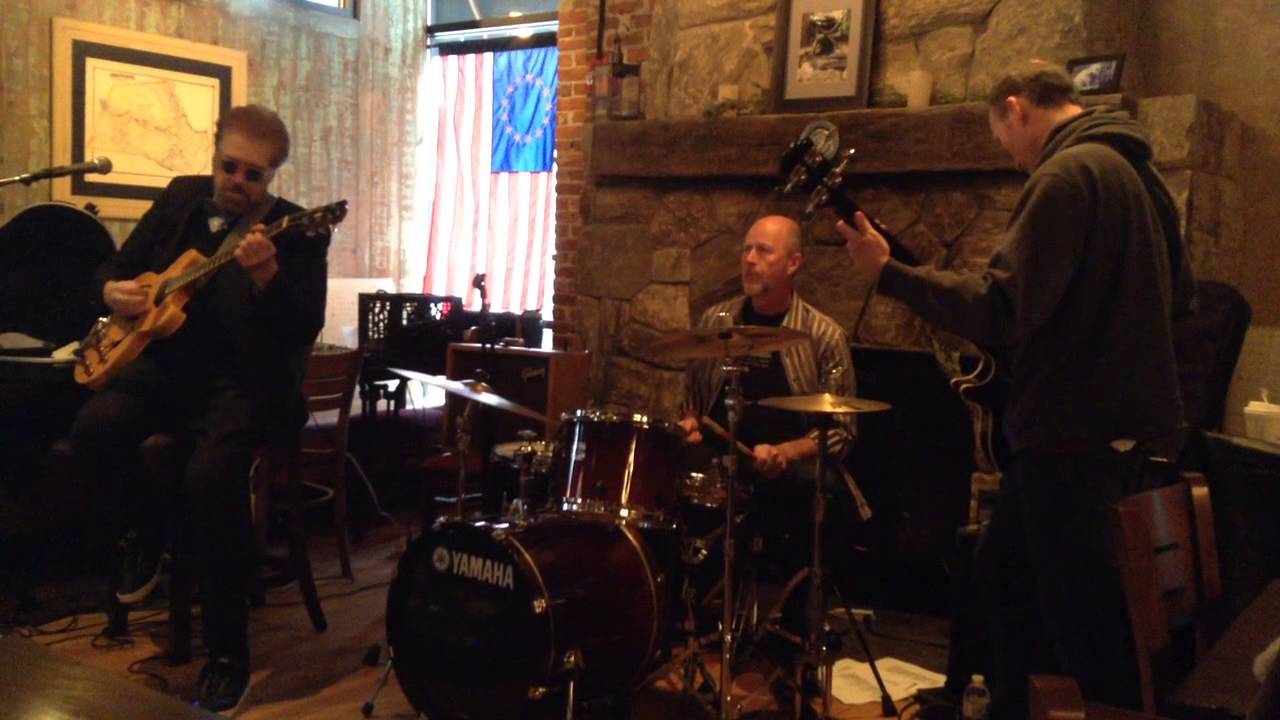 A Shot in the Dark (first Pink Panther film) 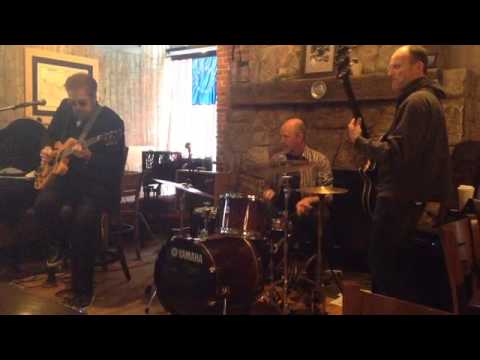 A Shot In The Dark
Four Piece Suit 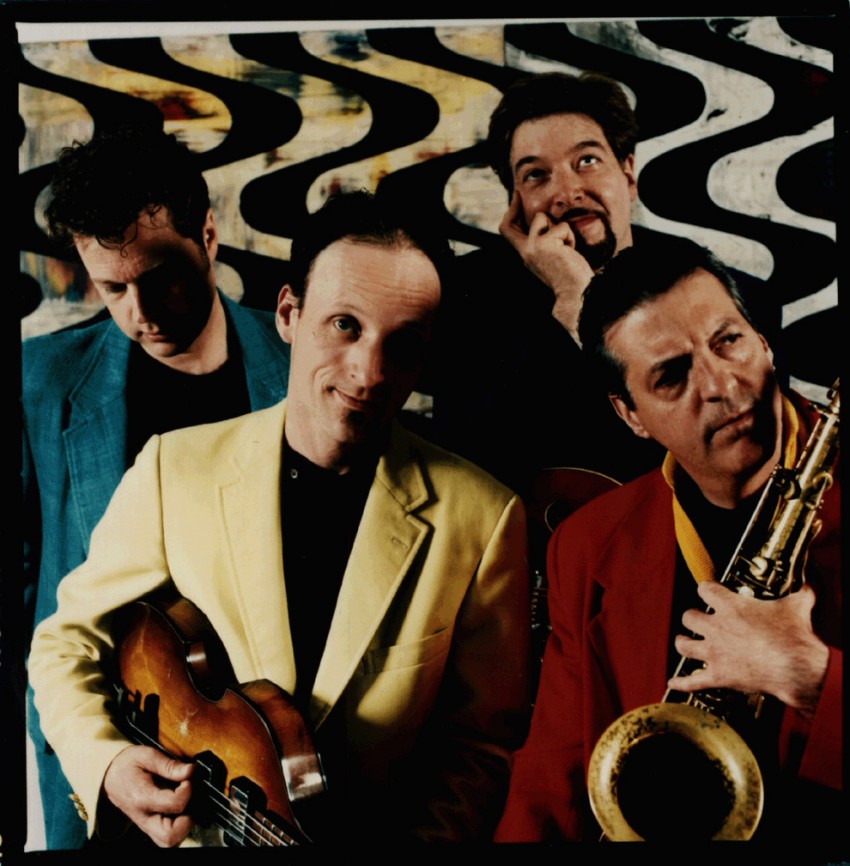 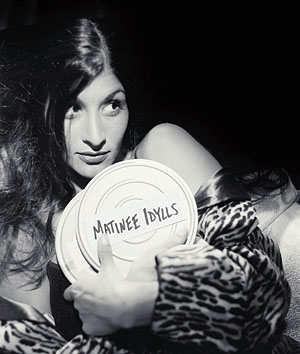 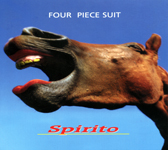 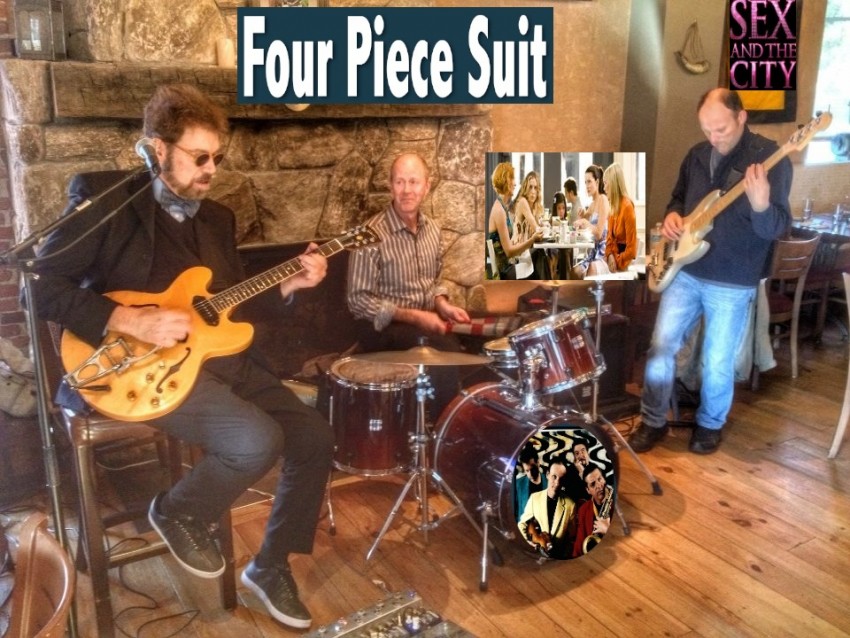 Brunch with the Suit 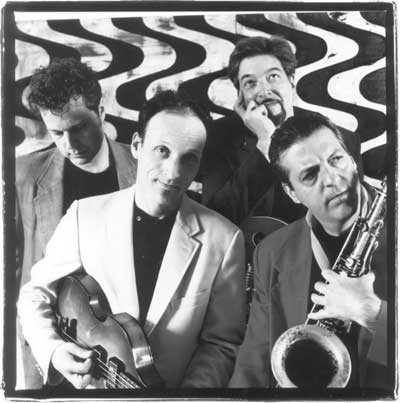 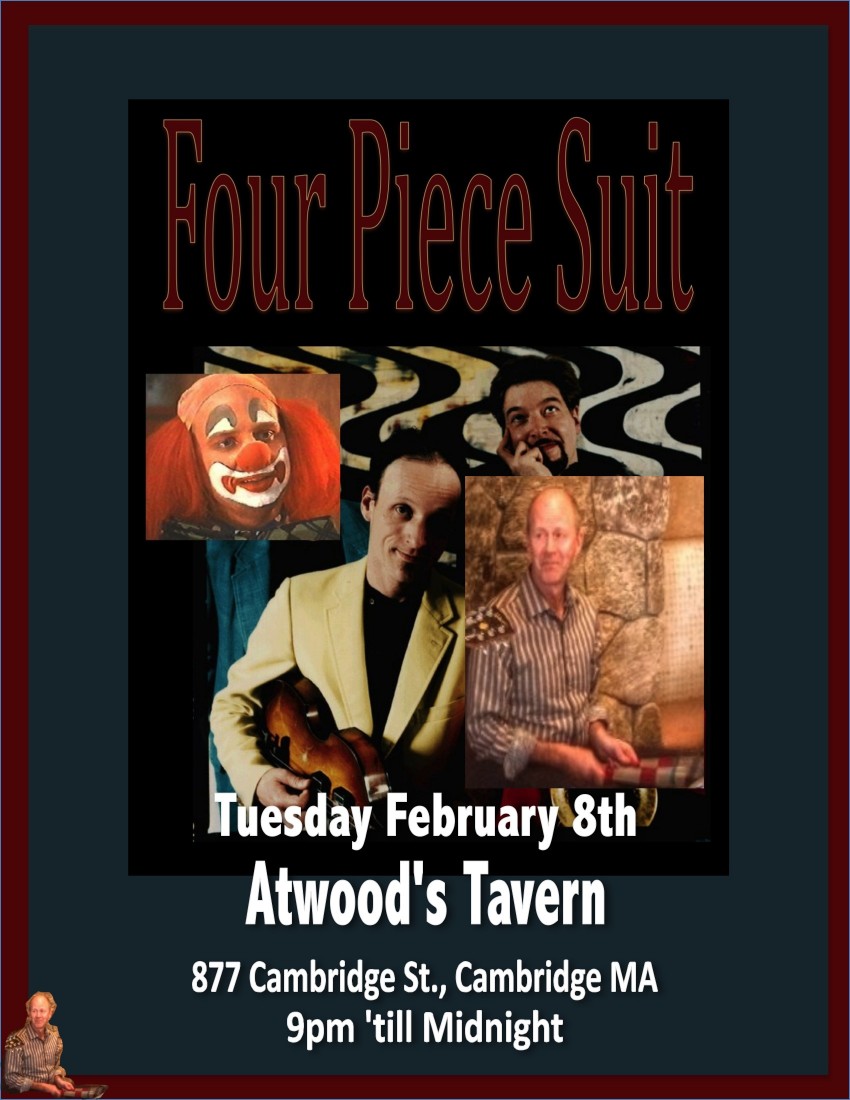 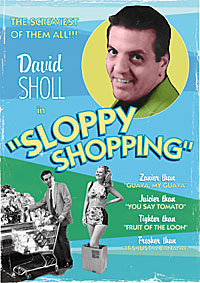 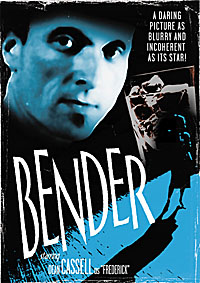 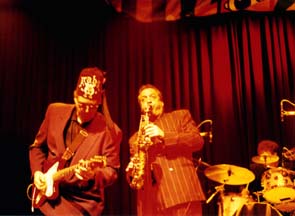 Live at the Fillmore, SF

Best known for their soundtrack work in HBO's Sex And The City, for the past 20 years, Four Piece Suit has performed unique, eclectic music for audiences around the world. They do original music and cover versions, influences include 1940's Swing, Mambo, Surf music, 1950's Rock'n'roll, Film Themes, Spy Jazz, 1960's British Invasion, and Early Rhythm & Blues. Usually performing as a quartet of guitar, sax, bass, and drums, the group can also appear in trio format. They are experienced in concert, nightclub, and event settings, and provide a very special and memorable musical dimension for weddings, playing familiar music in a fresh way, for dining, cocktails, and dancing.

Be the first to review Four Piece Suit

FOUR PIECE SUIT, appearing as trio or quartet, have a sophisticated image and appearance. Never lacking in humor and energy, they are nevertheless a worldly, professional, group, conscious of their image and accomplishments. They generally bring their own sound system, appropriate to the event. They are accustomed to customizing their playlist from a vast repertoire of jazz, classic rock, and original compositions, depending on the exact needs of the event planners and audience. Typically they will begin with light background jazz for cocktails, progressing to swing, soul, and rock, for dancing. The band will frequently add special material, upon request.

The FOUR PIECE SUIT highball is a mix of sea-foam-soaked guitar and percolating rhythm, shaken—not stirred—with surf tangos, Battista-era mambos, beach blanket boppers, spy music, crime jazz, and movie themes. Romance, humor, and sophistication with a big beat are the watchwords of this group.
Truly beyond category, their eclectic instrumental, sometimes jazz, sometimes rock style, brings forth a unique blend of long forgotten musical influences and often suggests a certain film noir feeling.
Now in their twentieth year, FOUR PIECE SUIT derives its strength from a number of influences, featuring everything from instrumental artists of the 1950s and 60s (The Shadows, The Ventures, Duane Eddy) to classic R&B, to modern Soul Jazz. It is not unusual to hear adventurous mixtures of Isaac Hayes and Henry Mancini, with dashes of Perez Prado and Xavier Cugat.
The sexy, sophisticated, yet tongue-in-cheek music of FOUR PIECE SUIT was frequently featured on the highly acclaimed HBO series Sex and the City. The band has also been heard in many independent films, including Sundance Festival Winner Blue Vinyl. They have also done a full score for an HBO claymation film, Real Men Wear Hawaiian Shirts, an award winner at the San Francisco Film Festival.
Even as their CDs (“Ready to Where?”, “Matinee Idylls”, and “Spirito”) and film work introduce them to new audiences, it is the “uncharted waters” of their live performances which create the word-of-mouth that brings in legions of loyal fans. From the Fillmore in SF to the Windows on the World Bar on the 107th floor of the original NY World Trade Center, they have played to crowds of 50 to 50,000. A hot 4PS show at the Lizard Lounge in Cambridge is like seeing Louis Prima’s band at the Copa in 1958, walls sweating, booties shaking, and a half a grin on the face. Like many of the greatest bands, only at a live show can one really “get” what FOUR PIECE SUIT is all about…
Having created a little universe of music stemming from the original 1990s group, which was mainly Instrumental and relied heavily on the unique Tenor Sax sound of the late David Sholl, Four Piece Suit continually adapts that music and adds new material, now with saxman John Aruda on the horn, or as a guitar trio, with guitarist Milt Reder now contributing vocals to the mix. Original 4PS drummer Seth Pappas and bassist Dean Cassell, all veterans of iconic East Coast bands (Barrence Whitfield and the Savages, John Cafferty and the Beaver Brown Band, The James Montgomery Band, and many others), provide the “pocket”, that indescribable swing that keeps a select few bands going through the decades.

Typically the group comes equipped with a medium sized sound system, appropriate for most private events, adequate for large ballrooms, and tent affairs.
The group generally does not supply lighting. The group is also able to fit into small performance spaces for openings, and in-house concerts. Their equipment does not require any special electrical service.

Here is a partial listing of songs typically performed:

Four Piece Suit is perhaps one of the most eclectic musical groups working today. They are equally at home with 1930s jazz, 1940s swing, 1950s rock'n'roll, British Invasion of the 60s (Beatles&Stones), Americana of the 1970s (Neil Young, etc.), 1980s New Wave (Billy Idol), Latin dance music of many eras, Surf music, Film themes, and "Spy" music. They do not concentrate on the "Top 40" hits of the day, with a few exceptions, but provide something for every generation of listener. 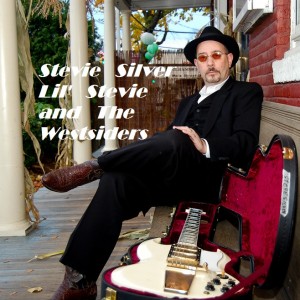