Back to Doo Wop Groups 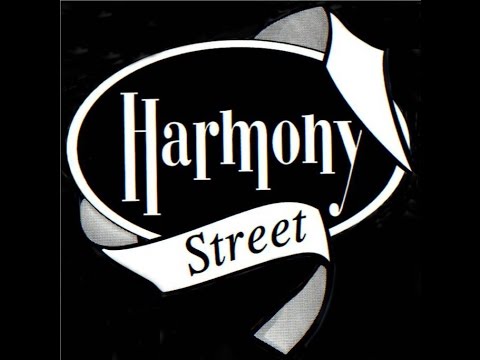 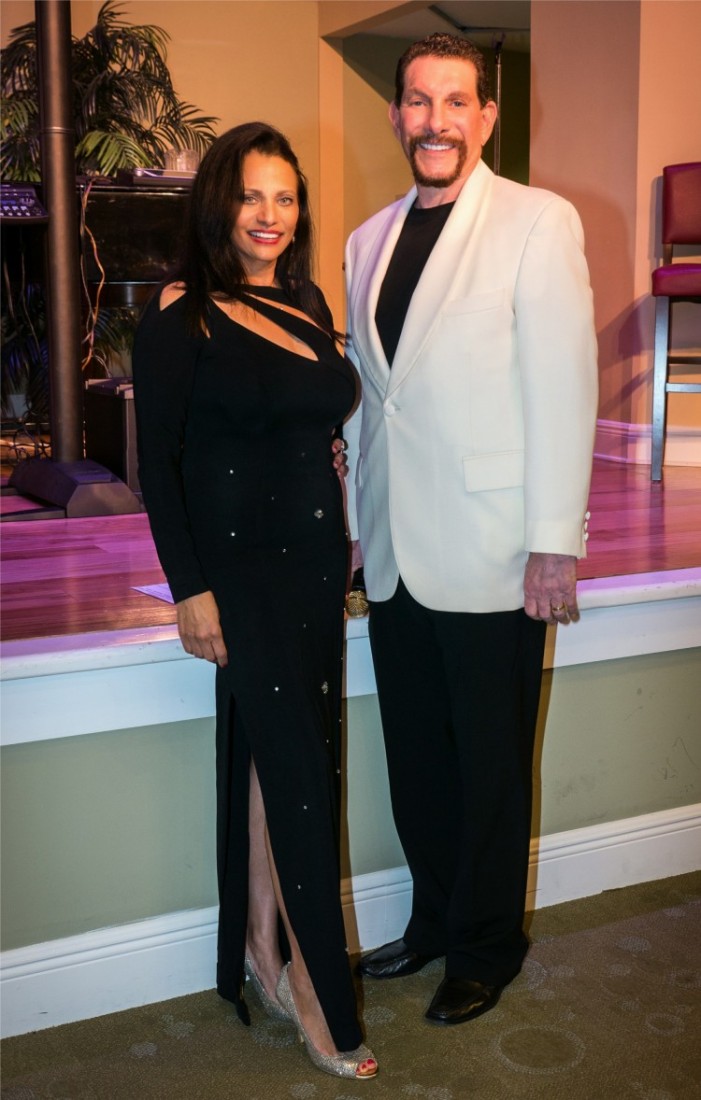 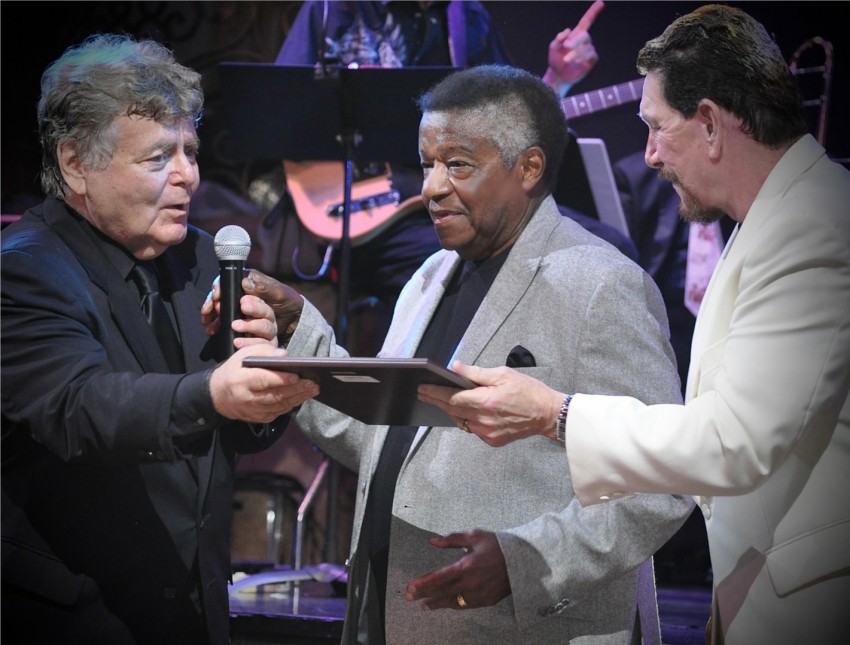 HONOR TO PRESENT LITTLE ATHONY WITH HIS AWARD 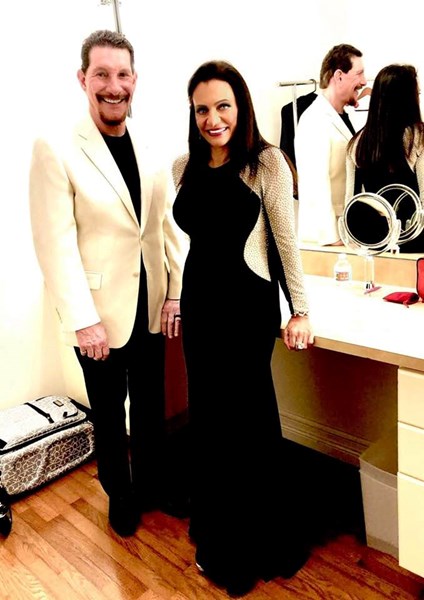 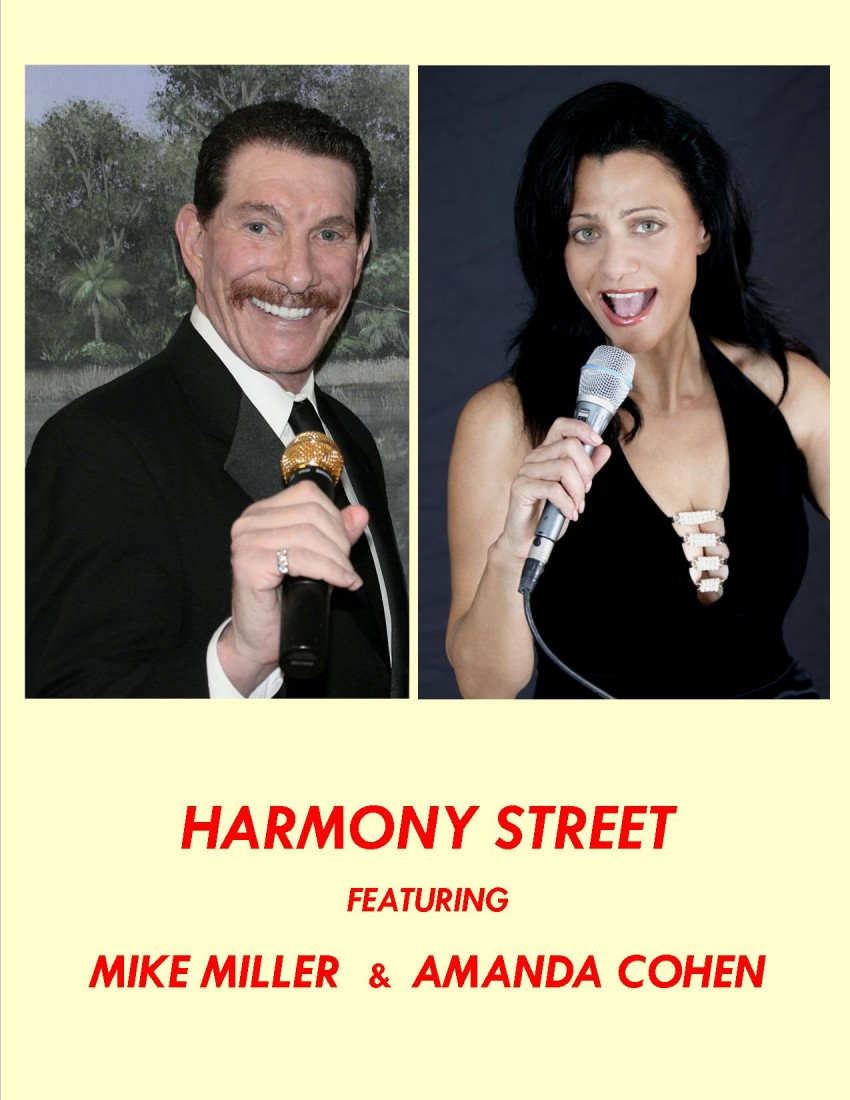 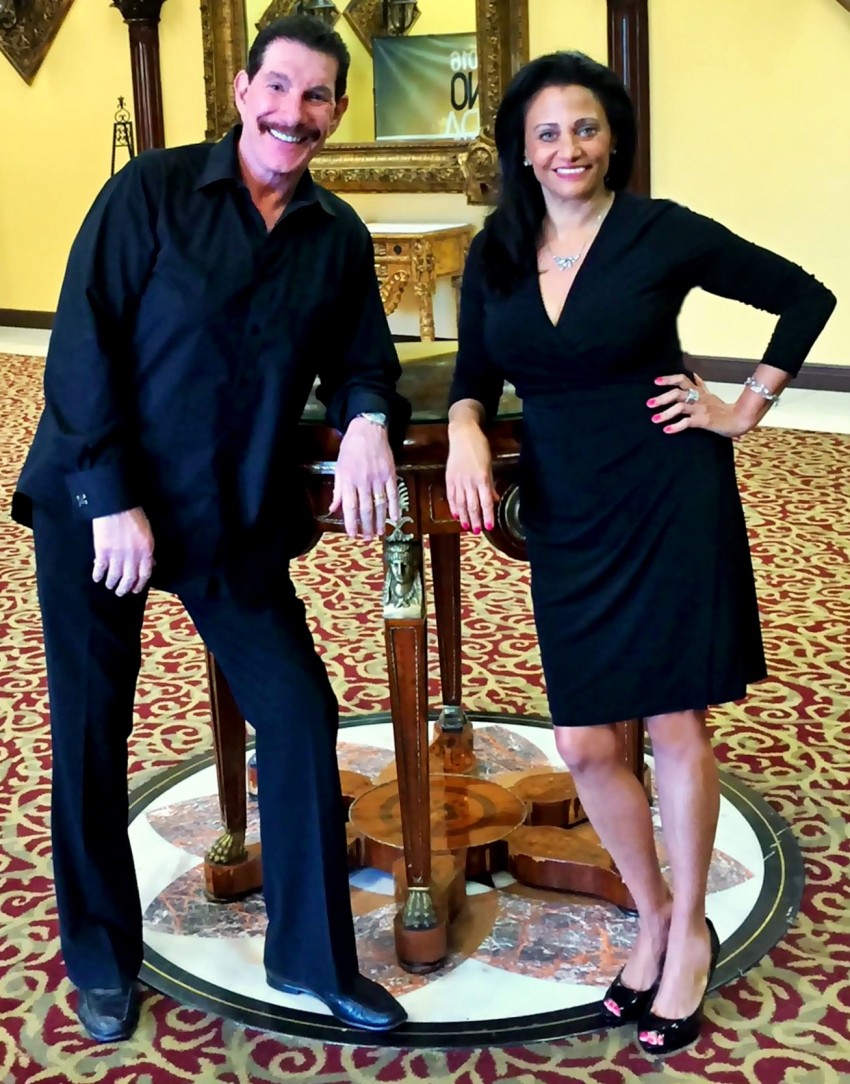 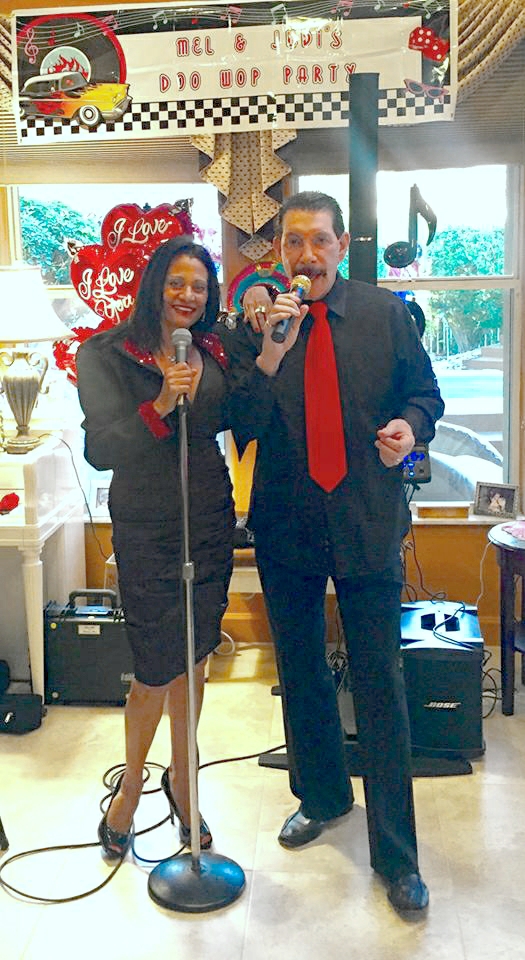 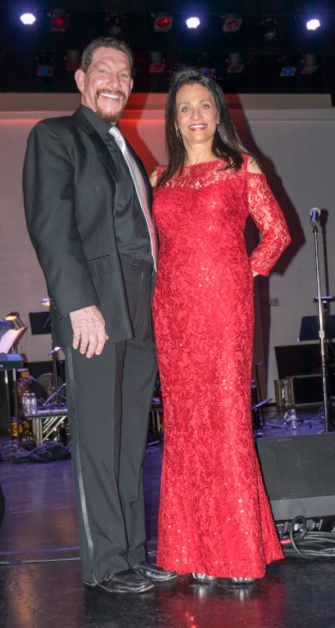 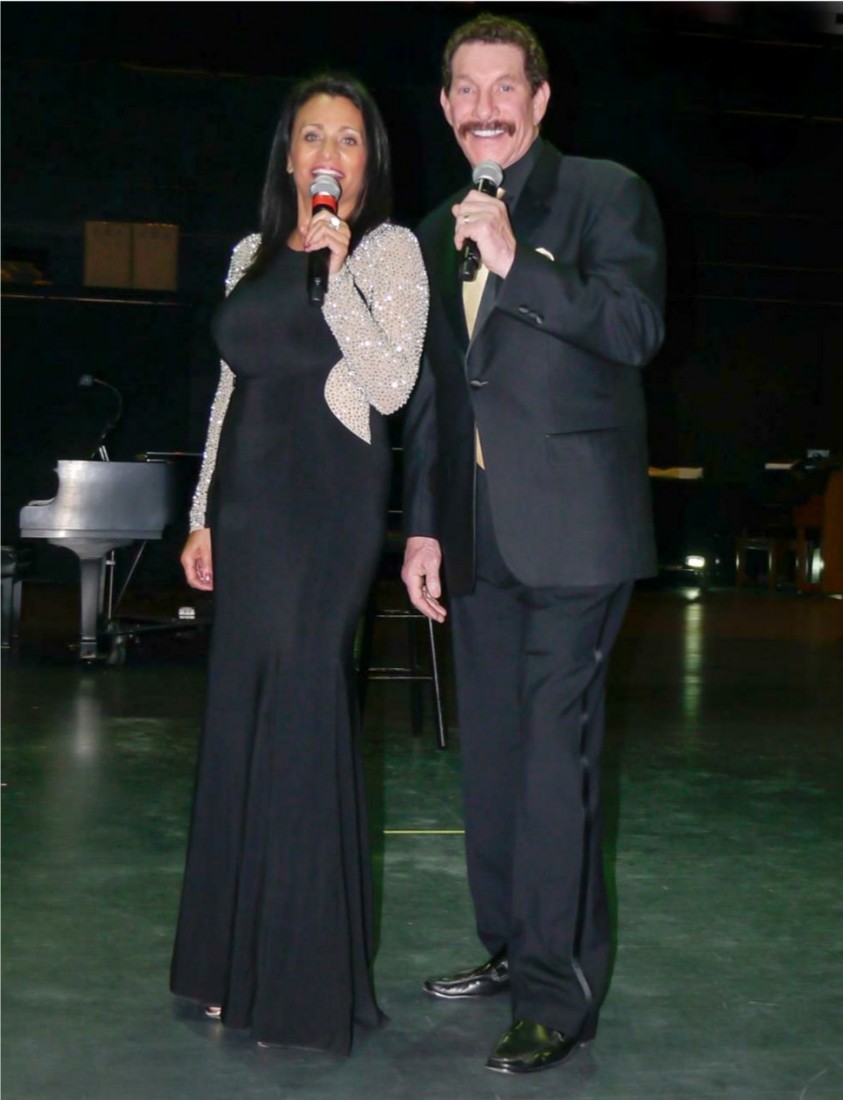 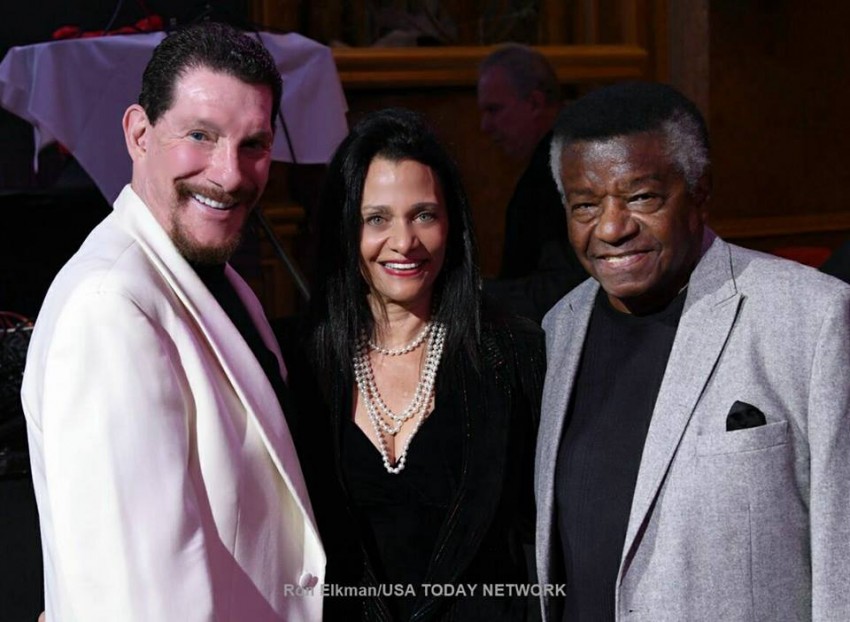 WITH LITTLE ANTHONY AT HIS LIFETIME ACHIEVEMENT CEREMONY 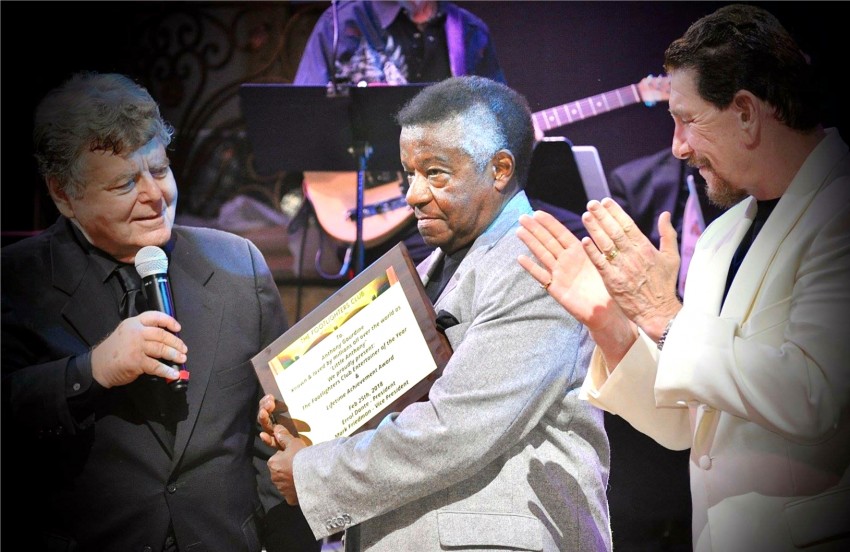 THE BEST DOO WOP SHOW
A Great 90 Minute Show with 2 lifetime experienced Lead singers presenting
DOO WOP, SIXTIES & A sprinkle of The Great American Song Book.
Mike Miller was the Lead Singer for Harmony Street and has worked with practically every big name in the business. Mike is the host of The Harmony Street syndicated radio interview show. Amanda has been on stage with almost all of the hit groups of our genre. Amanda was the founder of "The Earth Angels", girl group tribute. Her recent CD "A New Standard” reflects Amanda’s amazing vocal ability.
Let us bring you back to the 40s, 50s and 60s performing all of the wonderful songs that were part of the important moments in your life.

If you want a party, you can have anybody. If you want
an EVENT, you need Mike Miller and Ken Brady to perform.
We had 30 guests in my home, and could not have asked
for two better performers. My guests are still raving that this was the best party they ever attended. Dancing and singing all evening.
They were so good, we hired them again for our Valentines party and we can't wait.

Response from Harmony Street with Mike Miller and Amanda Cohen:

Harmony Street performs a 90 minute show featuring Doo Wop, Standards and R n B with a sprinkle of Country mixed in. Both Mike and Amanda have had experience with Major Doo Wop Groups all over the country and have worked on stage with every major star in the Genre. Mike Miller currently does a Doo Wop Radio show called The Harmony Street Show with Mike Miller ™ Amanda has just finished her new CD, "A Different Standard". We singing for people in our Genre in all settings large or small, Big Stage or Intimate. We are very adaptable to suit your needs. We are located in Palm Beach County but will travel a reasonable distance to sing for you. We are both lifetime seasoned Vocalists and would love to perform for you.
Mike Miller and Amanda Cohen
Harmony Street

Mike Miller was the Lead Singer for Harmony Street for many years and served time with several top oldie groups over the years. Mike has worked with practically every big name in the business and is thrilled to have the opportunity to work with Amanda presenting the Oldies to the people that really enjoy the Genre. He does a radio show called The Harmony Street Show where he interviews all the stars of Doo Dop and R and B. Mike enjoys working with Amanda to keep this great music alive. He has produced, Doo Wop Shows and is the go to guy for information about The Genre for many top Oldies D.J.s
Amanda has appeared at all of the leading Hotels and Performing Arts Centers around the country. She fell in love with the harmonies in the music of the 50’s and 60’s and founded “The Earth Angels” singing lead and performing tributes to all of the famous girl groups. She has been on stage with almost all of the hit groups of our genre. Amanda can belt out a song and thrills her audience with her vocal style. She has a great love for the standards of “The Great American Song Book”. Her new album, “A New Standard”, reflects Amanda’s ability to master this great genre by turning old Standards into new. Amanda has teamed with Mike to bring you the music that you love.
Together they are two great seasoned lead singers. one Male, one Female, who combine to bring you back to the Fifties and Sixties performing all the wonderful songs that were part of the important moments in your life.
HARMONY STREET PRESENTS A FABULOUS 90 MINUTE SHOW FEATURING DOO WOP, STANDARDS, 50'S , 60'S WHICH WE HAVE DONE IN SEVERAL COUNTRY CLUBS AND DINNER THEATERS IN SOUTH FLORIDA WITH MUCH SUCCESS

A WIDE CROSS SECTION OF DOO WOP HITS AND SOME OF THE MORE DOO WOPPY OBSCURE TUNES.
WE SING STANDARDS AND SIXTIES, THE GUY TUNES, THE GROUP TUNES AND THE GIRL GROUPS AS WELL AS SEVERAL DUETS.
WE HAVE MANY MANY YEARS OF EXPERIENCE BETWEEN US SINGING THIS GENRE OF MUSIC ON SOME OF THE BEST STAGES IN THE USA.

All of the major influences of the Forties , Fifties and Sixties with some country mixed in.

We bring our own PA or we can use yours. We need stage , lighting, and AC