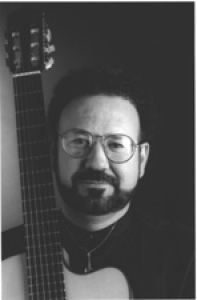 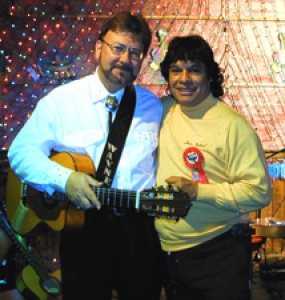 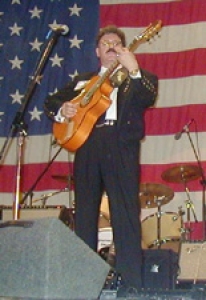 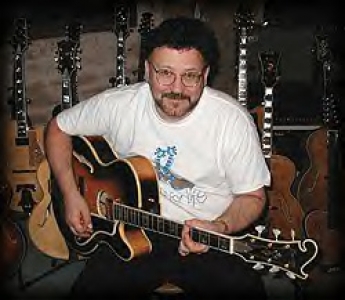 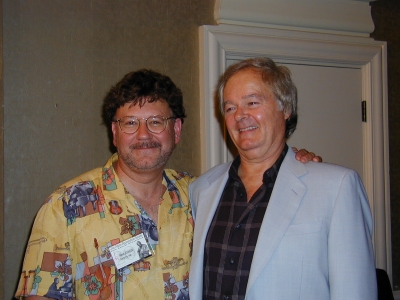 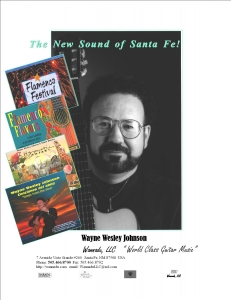 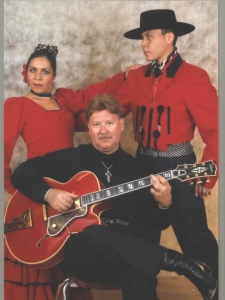 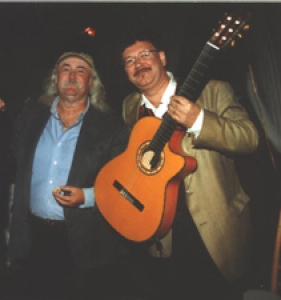 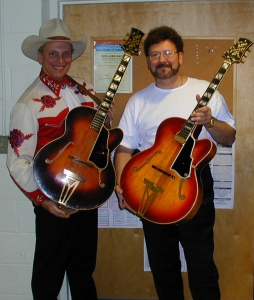 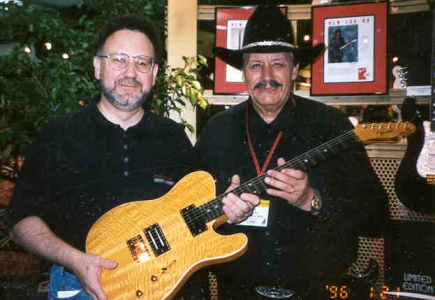 A pioneer of the 'New Sound of Santa Fe' tm and 'Jazzamenco' tm., the artist performs in thumbpicking, fingerstyle, and flatpicking styles...playing jazz, world, new age, latin & rumba flamenca and with classical techniques.

In addition to his concert, corporate and private performances, Wayne has also become known by many as Santa Fe,New Mexico's Premier Wedding Guitarist, in high demand for both ceremonies and receptions, alike.

We hired Wayne for our wedding. Wayne was very communicative and was open to chatting by phone to go over details by phone. We had several very detailed conversations in the months prior to our event to discuss our music selections, when they would be played, etc. The communication was very organized and Wayne was great.

What struck me as a bit off was how things seemed to get jumbled at the end. Despite many conversations as well as sending a very detailed list of what songs to play during which portions of the event many things got confused. The wrong song was played during our unity candle ceremony as well as our unity cord ceremony with our kids. This also struck me as odd because Wayne had quite a bit of discussion with me about the song prior to the event because he had to find the sheet music to the song we wanted. We were also very emphatic with Wayne about only wanting seasonal music played during our cocktail hour. This also did not happen. There were other songs mixed in that we did not want and were very clear about not wanting. I was really surprised because all of our conversations were so detailed.

The times I was able to hear Wayne he played really beautifully, but unfortunately I could barely hear him for my walk up the aisle which was the reason we hired him, so kind of bummed there. The music was meant to be a special tribute to my dad who is no longer with us. Another random mention, we were in the middle of our wedding photos and Wayne attempted to pull our ring bearer from the photos to help him back up and carry his gear to his car (what?!). He also reminded me several times about the gig salad fees? I can’t control those.

When I booked this wedding, I gave Michelle a link to my website with a list of tunes from my repertoire to select from. Instead she gave me a list of songs that were not already in my repertoire. She said she wanted a Traditional wedding, but an emphasis on Christmas/Holiday music for the Ceremony and Reception. I purchased nearly $50 worth of sheet music and spent weeks and hours learning and practicing the music she requested. I knew all the songs she requested, 30 in all, and in the order she requested.
The ceremony was challenging to say the least. The aisle was only about 25 feet long, hardly enough time to perform a verse, or chorus, let alone an entire song. I had spoken beforehand with the priest, who incidentally was not in my line of vision during the ceremony. He told me that the ceremony would be short and that the candle lighting and hand tying would go quickly, which meant there was literally no time allotted for some of the music, which even though I was prepared to perform it, could not be fit in. Not my fault. Frankly, after having spent so much time learning the songs, I was disappointed that I wasn’t given time to perform them. After the Ceremony, I was given a copy of the printed program, I noticed that the song selection was not in the same order as the list I had received from prior communication with the bride. I was not advised of these changes during prior communications. I went off the list I had been provided in advance.
The reception area was 1 1/2 miles away. I had my hands full with guitar and amp and asked a young man if he could assist me by carrying just a music stand to the car so I wouldn’t be late to the reception. Upon arriving at reception I found myself competing with Carolers . I played the requested songs and added only 3 that were not. I am a Professional and felt those listening would appreciate it. In hindsight a wedding rehearsal would have helped. First time in 20 years I didn’t get 5 stars. Sadly Disappointed

I recently engaged Wayne Wesley Johnson for a private corporate dinner party in Santa Fe. The entire experience was great, beginning to end. He was quick to respond to the gig request, he was available and easy to communicate with, he was prompt and very professional. Above all, his music was on-spot and as promised. Everyone thoroughly enjoyed the evening, and Wayne was a big part of the experience. I would work with Wayne again in a heartbeat. Wayne is a true professional!

Thank you, Steve, for your graciousness. It was a pleasure performing for you and your guests. I look forward to working for you again sometime in the future. Best Regards and thanks for hiring me.

Thank you Claire. I enjoyed performing for you and your guest.
Wayne

Wayne is very good at what he does and he received many compliments on his style of music, I and many others was very satisfied. Thanks, Tomas Weis

Thank you, Tomas. It was indeed a pleasure to perform for your guests at the Viet Nam Marine Vets Reunion.

Wayne was wonderful. Came for rehearsal, went out of his way to be helpful and sounded amazing. Then sent the songs he used for a video. Even loaned us a mic.
Thank you so much!

Thank you so much, Lana. It was a great wedding and all went well. I am so happy that everyone was pleased with my performance. Thanks for booking me through GigSalad.

Wayne was amazing!! He was timely, professional, personable and did an amazing job. We had 180 people at our event and Wayne played all types of music that was appropriate for our event at a noise level were you could talk to each other and still also enjoy his music. He is very talented and I would recommend highly.

Thank you for hiring me, Lisa. I enjoyed performing for your group. Would love to do it again. Regards, Wayne

"Under Construction" In the mean time, please visit the On Tour Page at (link hidden) for performance dates.

Wayne now spends his time touring, performing, songwriting, recording and producing music for his own artist owned Wannadu record label. This artist knows the importance of 'professionalism' in performance and appearance and how to provide for client satisfaction. The artist selects his gear, attire and tune selection to suit any size venue and any type of occasion.

Solo performances include solo guitar, but, are sometimes augmented with guitar synthesizer or a technique called 'looping' which permits the artist to record on the fly and accompany himself when no other musicians are available, and the sometimes use of TV Mixes or 'backing tracks' from Wayne's latest recordings, promising the audience a great musical experience.

When appropriate, Wayne shares information about his instruments and playing styles with his audience, further enhancing the audiences participation and enjoyment.

adequate loading and unloading and access to stage is requested. signal to house system should be kept "flat" and have some reverb available.