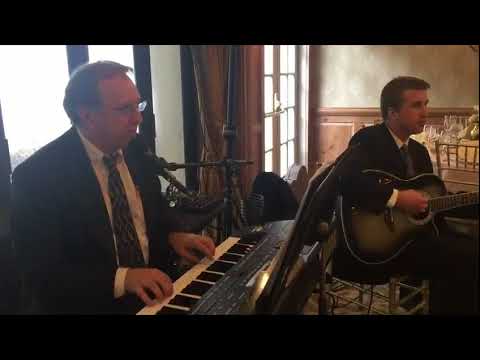 Horse With No Name - Keys and Guitar Duo 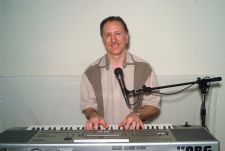 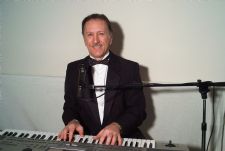 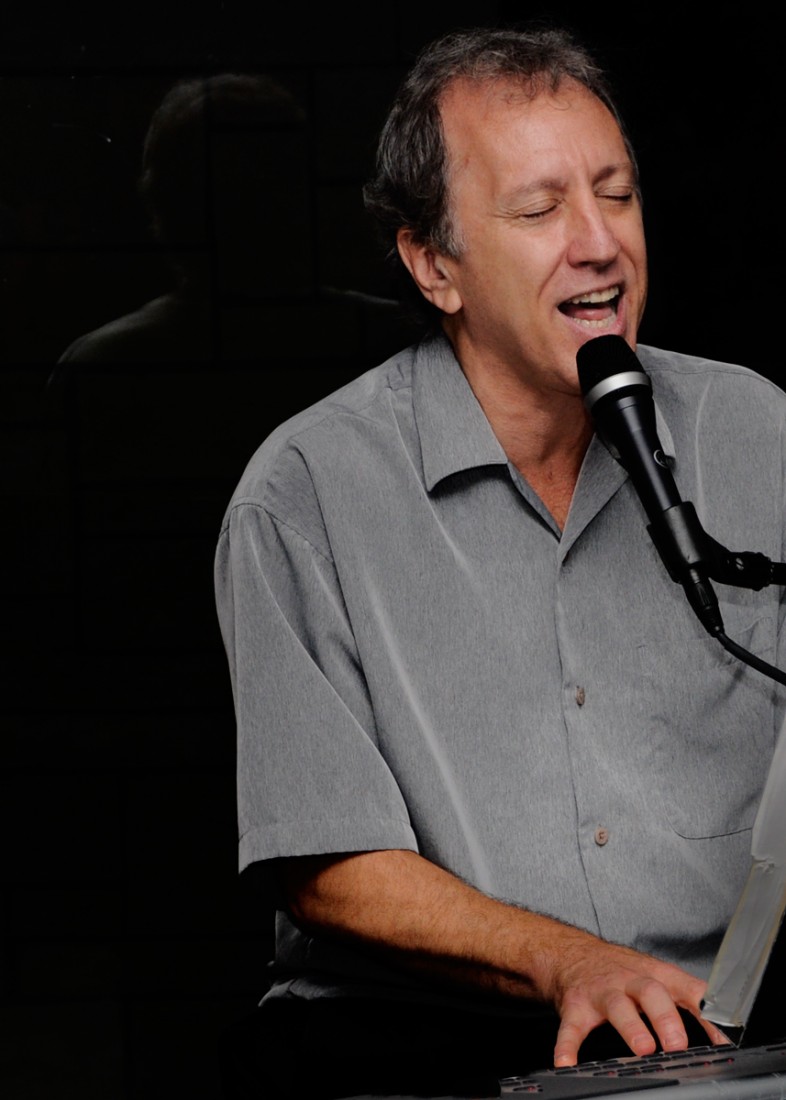 The recipient of the Gigmaster's Rising Star Award, Mr. Langmaack's appealing vocals and piano playing add excitement and class to any affair. His music ranges from elegant solo piano to a full band sound for dancing. He also incorporates guitar into his act and uses recorded music (DJ Services) to add to the evening's excitement when desired. He always performs at the correct volume and will work with you to design the evening's entertainment. Whether you want a high level of interaction from him or a more laid-back approach, his professionalism shines through!

Tom was magnificent. He played the music we wanted to hear . He was gracious and accommodating👌. I have received compliments from a number of guests. I would recommend him to anyone.

Thank you Anthony, it was a pleasure working with you! Tom

This is the third time I have booked Tom at Shackamaxon Country Club, and he did not disappoint once again!

Once again, Tom served up a great performance for our members!

Thanks MacKenzie, I enjoyed working for your members! Tom

Tom provided an excellent performance at our Country Club for our Mother's Day Brunch!

Tom did a great job. Loved the selection of music. Very professional.

Thank you, it was a pleasure! Tom

Tom is very professional and very accommodating—a pleasure to work with. He is very knowledgeable about all music and has a great voice, which really highlighted our family celebration!

Thank you Mary Lou, it was a pleasure! Tom

Tom did a great job on Sunday August 23,2020 handling the music for my wedding.
He arrived at the outdoor venue early and was set up for the event on time. The music made the wedding so much better and it was a sentiment echoed by the guests. Thanks for your help Tom.

Whatever the occasion might be where you need a Master of Ceremonies as a DJ, singer, musician, piano, guitar, bass player, etc. You will have the most professional and quality services from Tom Langmaack!

I cannot say enough on the quality that Tom brings to the table. My wife and I hired Tom for our wedding and he worked with us through the framework, playlist and everything that goes in between. Tom and his associates provided the professional quality and fun to help make our wedding beautiful! We highly recommend Tom and will be hiring him again for additional occasions without hesitation.

Thank you again Tom for the professionalism you provided for Karen and I at our wedding!

They really thought it was Sinatra!

Tom did a great job, and the client was thrilled.

Thanks Bob. I appreciate it!
Tom

Tom was excellent, he interacted beautifully with my guests, played and sang all requests.
Was early to set up his equipment, and was ready as guests arrived. Would definitely recommend Tom.

Thanks, Arthur, I really enjoyed the party and your hospitality. Tom

It was a pleasure working with Tom. He was reasonably priced and professional. We were fortunate and glad to find through GigSalad. Thank you for helping us with our special day!

Thank you. It was a pleasure! Tom

Tom was one man band at our 60th Anniversary. He provided music during a cocktail hour and then in the main ballroom during dinner and for dancing. He was open to requests and provided a wide range of music selections for very diverse age groups to encourage attendees to dance. I recommend Tom highly if you are planning an event in the future.

Thank you Herb, it was a pleasure working with you! Tom

Easy to work with, executed the program as we discussed

wish I had another party so i could hire and enjoy him again. Easy to work with, executed the program as we discussed. Thanks

Thanks Bob! Enjoyed working with you and thanks for everything. Tom and Mike

Tom performed at my Dad's 90th birthday event at the Casa Bella Restaurant just over a week ago. He was wonderful! He is a class act. Talented, Professional, Well dressed and entertaining. He's got a knack for knowing what to play, how to play it and at the correct volume for dinner, dancing - just everything. He was very easy to work with, arrived on time and I would recommend him to everyone. Liz Davidoff

Thank you Elizabeth, I really appreciate it and thanks again for the hospitality! Tom

Thank you! Great party and thanks again for the hospitality. Tom

A real pro! We will see u in our next event.
Thanks Tom!

Thanks Jun, and thanks again for the hospitality. Ton

Tom made our party so much fun!!!!! He handled all requests and kept the dance floor going!

Tom was great everything we asked him to do he did.

Thanks Jess, I appreciate the review. It was a great wedding! Tom

Great all around performance

Tom is a class act arrived early to set up. His music met all of our needs you can't go wrong hiring Tom for your next event.

Thanks George! I appreciate your review. It was a pleasure playing for you and your community. Looking forward to working with you again! Tom

Tom was amazing. He played songs we requested and he worked with my niece to sing a special song for us. He was amazing and so accomodating! Thank you again..

Thank you Elisa! It was a pleasure working with you. Congrats again!
Tom

Tom did a great Job at my daughters Bat Mitzvah party.
Everybody had a great time
LT

When I perform, I take the crowd into consideration and play music that I feel they would enjoy. I usually begin softer for a cocktail hour setting or dinner setting and gauge the volume as the evening progresses. I always keep the volume at an acceptable level so people can talk and dance as well. I will respond to the audience as the evening progresses as well and play music that will make them dance, or just enjoy as the moment dictates.

Music for dancing is a large part of my performance at parties and I work with the event planner to select the music they feel would best motivate the crowd to dance. I also use my knowledge and experience to get the crowd dancing.

I always take requests and one way or the other, I will play those requests!

I can also provide a questionnaire to help you organize and select the music and progression of the evening for weddings and parties alike.

Music that brings back memories, creates a special moment for couples and in general helps the crowd to enjoy the evening is what I specialize in and I work to make your evening a success!

We offer DJ services along with live performance. We use professional DJ equipment and have an extensive repertoire of music. 1 terabyte ). We can arrange to play any song you may like (Well, almost any)! and will accommodate requests as well!

We also can provide lighting effects and have activities for children and adults like: Hula Hoops, Limbo Dance, Ball Games, Line Dances, Balloons and more!

a small table and an outlet!

We auditioned him about two months before the event and told him what type of music we wished played . Our party took place in an elegant setting in Manhattan. We wanted music that was appropriate for the event and the venue. He did not disappoint us. The party was successful, in part, because of the music.

Tom was great!! He absolutely did a wonderful job! We had a smaller size room for a retirement party. I described a little of what type of music I thought the guests would enjoy and Tom took over from there. He has a large repetoire and everyone commented on how terrific he was. His playing was great and many, many guests commented on what a nice touch the music was insead of the usual DJ. He confirmed the date, arrived on time and was willing to stay a little longer than we had originally asked. The piano music really created a great party atmosphere and everyone seemed to hang around until the very last minute we had the room. Thanks Tom!

Tom was extremely responsive and I felt confident that I could depend on him.He listened to what we wanted and delivered.

Thomas was the best. He played all he was requested to play. He was prompt, courtious, well-mannerd and highly professional. I would recommend Thomas without reservation. Richard & Bari Siegel

I hired Tom for my wife's 50th birthday party to play keyboards and sing. From the start Tom was great, as he was very easy and good to deal with before the party. The night of the party Tom was fantastic and did a wonderful job playing all the music I requested. He sounded great and my guests liked him a lot. I received a lot of comments from my guests and family about how wonderful Tom was. We had family members from their 20's to 80's and Tom pleased everyone with his music. The party could not have gone better and Tom was a major part of the success. I would recommend Tom very highly and I would hire him again.

EXCELLENT! DID ALL THAT WAS REQUESTED FROM HIM. OUR GOAL WAS FOR HIM TO PLAY THE RIGHT MUSIC, AND GET THE PEOPLE OUT ON THE DANCE FLOOR. HE DID IT!

We were very satisfied w/ Thomas' performance. He was flexible and went with the flow of the crowd. He allowed party-goers to sing and was able to fulfill requests. We will definitely use him again.

Tom was fantastic!!!! When you have parties the two things that can make or break the affair are the music and the food. The music Tom provided was perfect. Everyone was raving about the songs he was singing and commented how much they enjoyed listening to the music. Even the owner of the Restaurant kept commenting to me how good Tom was and wanted his information for future parties. I would most definitely recommend Tom to all my friends and we will be using him again for sure!