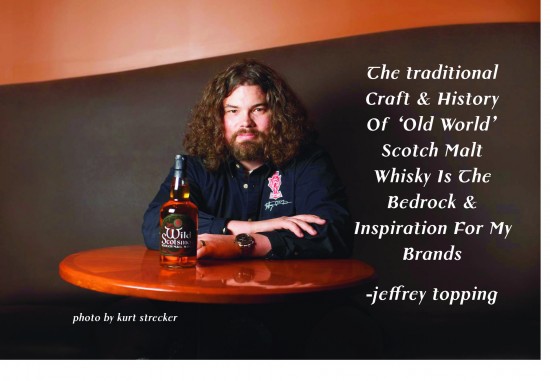 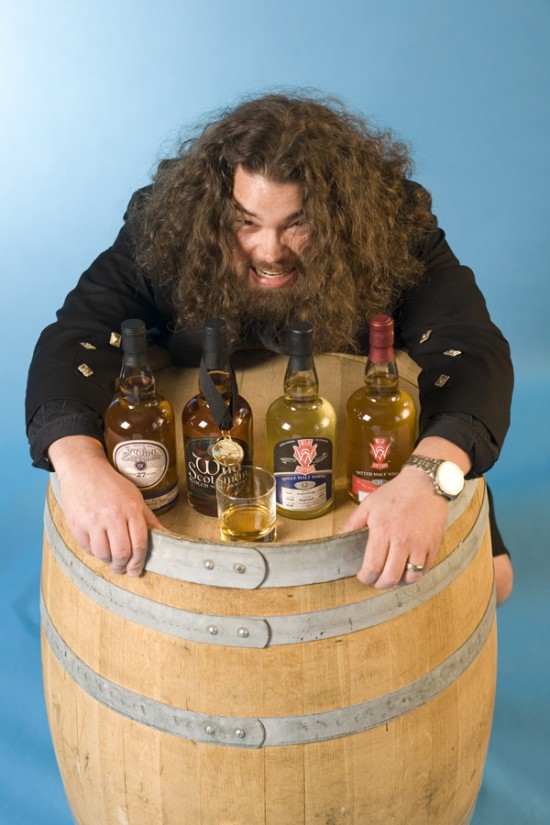 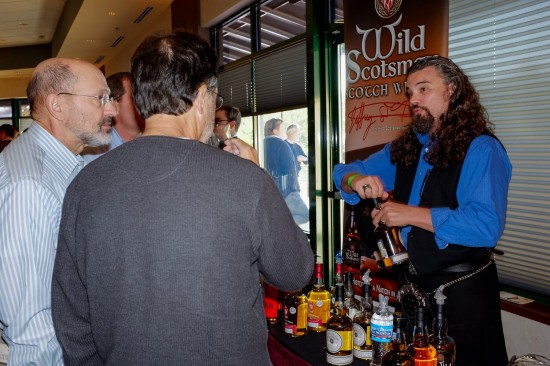 It is not often that enthusiasts or novices have access to the very people who work in the Scotch Industry, at least not the ones who have actually experienced what they know. With a Wild Scotsman Scotch Whisky tasting event there are never any cue card presentations or big company marketing directing our prose. Our clients walk away with a unique and personal experience tailored to their needs.

Be the first to review Wild Scotsman Whisky

Our event attendees walk away with a greater understanding and appreciation of Scotland's National Drink, Scotch Whisky.

“Wild Scotsman Scotch Whisky was just an idea in a romantic fantasy, a windmill in a daydreamer’s mind, and several years later, my reality. Some people express themselves through art or music; however, my palette contains malted barley, charred oak casks, copper stills, and rolling green hills of Scotland which my great grandfather left over 100 years ago.
-Jeffrey Topping aka the Wild Scotsman

Jeffrey Topping is the only American residing in the United States who has been trained to distill, blend, and bottle Scotch Malt Whisky in Scotland. In 2005 he launched Wild Scotsman, his own independent Scotch whisky brand. In 2007, he became the first independent bottler in the history of Scotland to have his own distilling school held at the Bladnoch Distillery. His brands have never taken less than Gold or Silver in international beverage competitions. His breath of hands-on knowledge and experience is only surpassed by his passion for the rich history and culture of everything Scottish. A Wild Scotsman tasting is not just an event… it is an experience!

Is This just a Man's Event?
With the increasing popularity of craft distilleries and brands, Scotch Whisky is much more than the “Old Man” drink as often perceived.
Much like small house wines or micro brewed beers have opened eyes to the many different possibilities of aroma, flavor, and finish, there is a very complex and artisanal side of Scotch Whisky which has not gone unnoticed especially among women (one of its fastest growing consumers). There are over 400 flavor compounds identified in whisky including pear, honey, vanilla, caramel, etc. which are more easily identified and appreciated by women. Women also represent 65 to 70% of the household spirits buying and an even higher percentage of household financial decisions. Whisky was popular among women in the 30’s, 40’s, and 50’s, and is enjoying resurgence in this consumer group today.

Wild Scotsman can create a variety of Scotch Entertainment for your group which can be tailored to a specific goal or interest. Here are some ideas:

Taste of Scotland:
There are 5 recognized distilling regions in Scotland today, Highlands, Lowlands, Campbeltown, and Islay. We will explore one Distillery from each of these regions that typify the general flavor profile for that region.
Alternate: Up until the 20th century there were 4 regions traditionally, however, in modern time the Highlands were divided into 2 regions (Speyside and Highlands). We can pour 4 whiskies instead of 5.

Independent Bottlers:
One of the oldest trades in the Scotch Whisky industry is being an “independent bottler”. This is where people like John Walker (Johnnie Walker Scotch Whisky), Sir Arthur Bell (Bellʼs Scotch Whisky), John Dewar (Dewarʼs Scotch Whisky), William Teacher (Teachers Scotch Whisky) etc. all got there start. In order to create there brands they needed to buy single cask single malts and single cask single grains. This event will expose the participants to the most complex Scotch whisky flavors and profiles imaginable. They will be sampling Single Cask Single Malt, Blended Malts, and Blended Grains. These bottling’s will expose the participants to the 1%. Meaning that these styles and brands represent about 1% of all the Scotch whisky sold in the world. Like a vintage Single Barrel unfiltered wine some are never repeated.

The Isle of Islay (eye-lah):
No single region has ever had such a strong negative and positive opinions about its whisky. It all stems from the heavy use of “peating” which most of its distilleries use in the drying of the grain. These whiskies tend to be very smoky and sometimes chewy. We will explore the big peated monsters as well as a few with little or no peat.
Islay distilleries: Ardbeg, Bowmore, Bruichladdich, Bunnahabhain, Caol Ila, Kilchoman, Laphroaig, Lagavulin (use 5 of the 8 distilleries).

Planning:
Jeffrey is an active producer and his calender can get filled far in advance so please do not wait until the last moment.

Technical information to be discussed based on event size and theme.
Client assumes all legal liability and holds harmless Wild Scotsman Whisky, Jeffrey Topping, and associates.
Client will guarantee event meets all local, state, and federal guidelines where applicable.
Client guarantees attendance is only by individuals 21 and over or the legal age of country performed.

I have been mentored by the World's only living Master Blender and Master Distiller of Scotch Malt Whisky, John McDougall of Scotland. With over 52 years of hands on Scotch whisky production knowledge occurring in all 5 regions of Scotland including distilleries like Laphroaig (70-74), Springbank (85-97), Balvenie (68-70) and many others. John and I still work together on the continued development of my brand and other whisky projects.