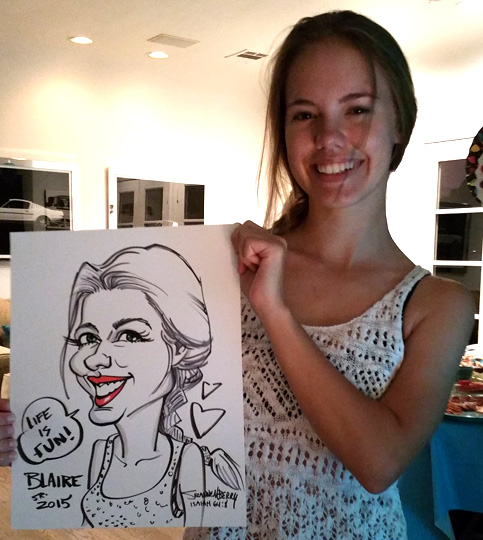 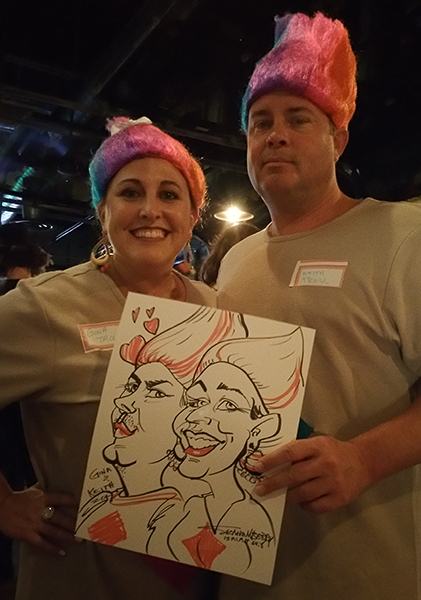 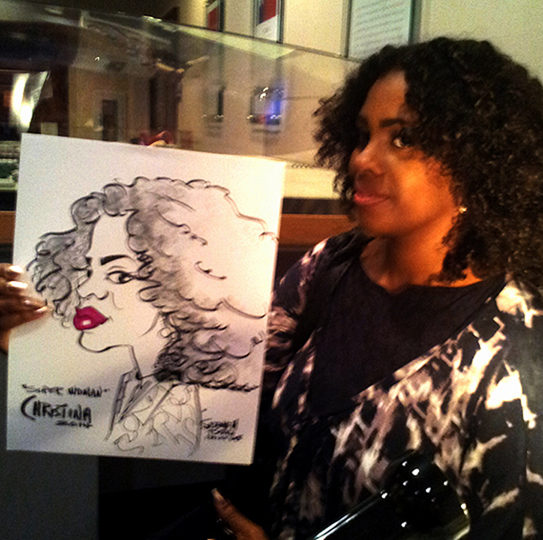 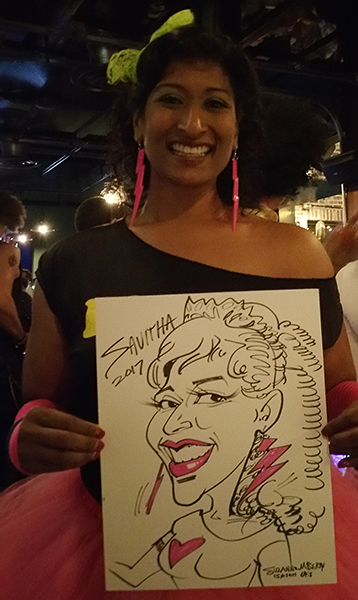 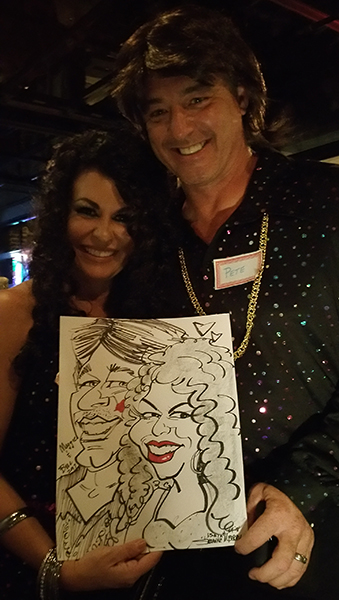 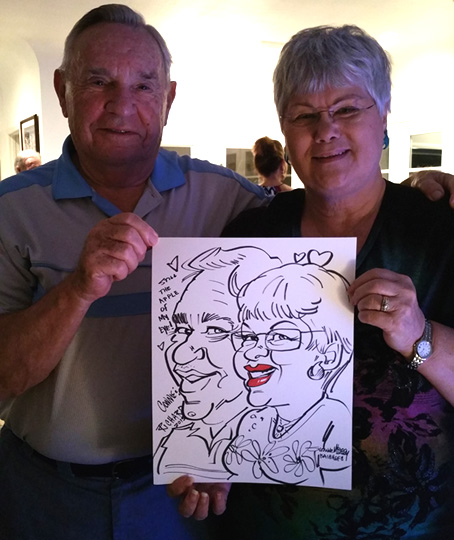 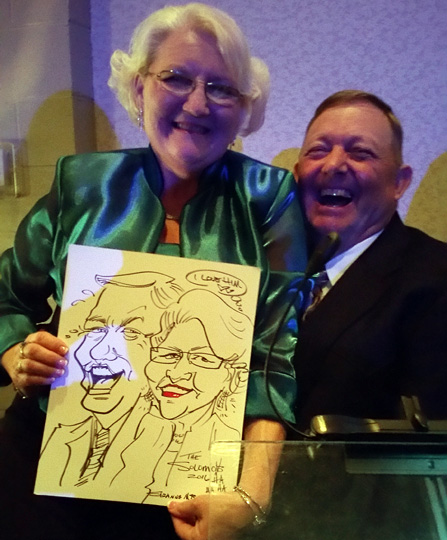 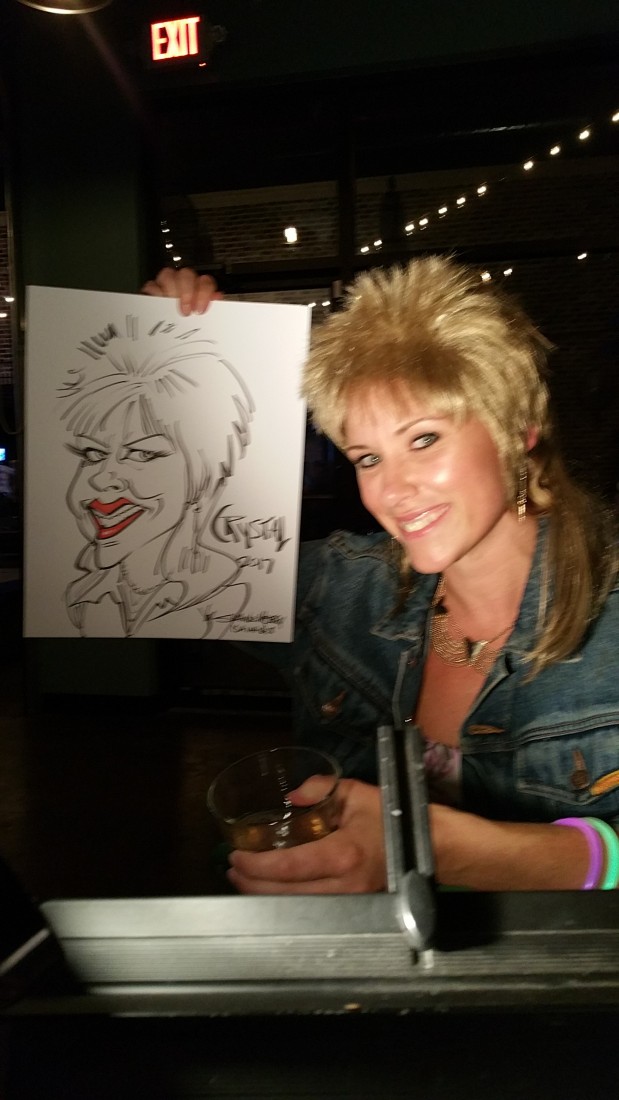 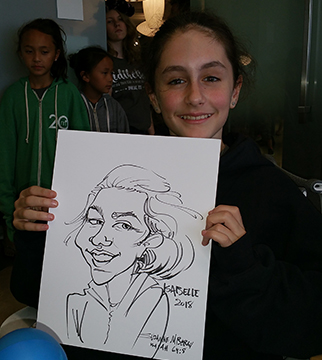 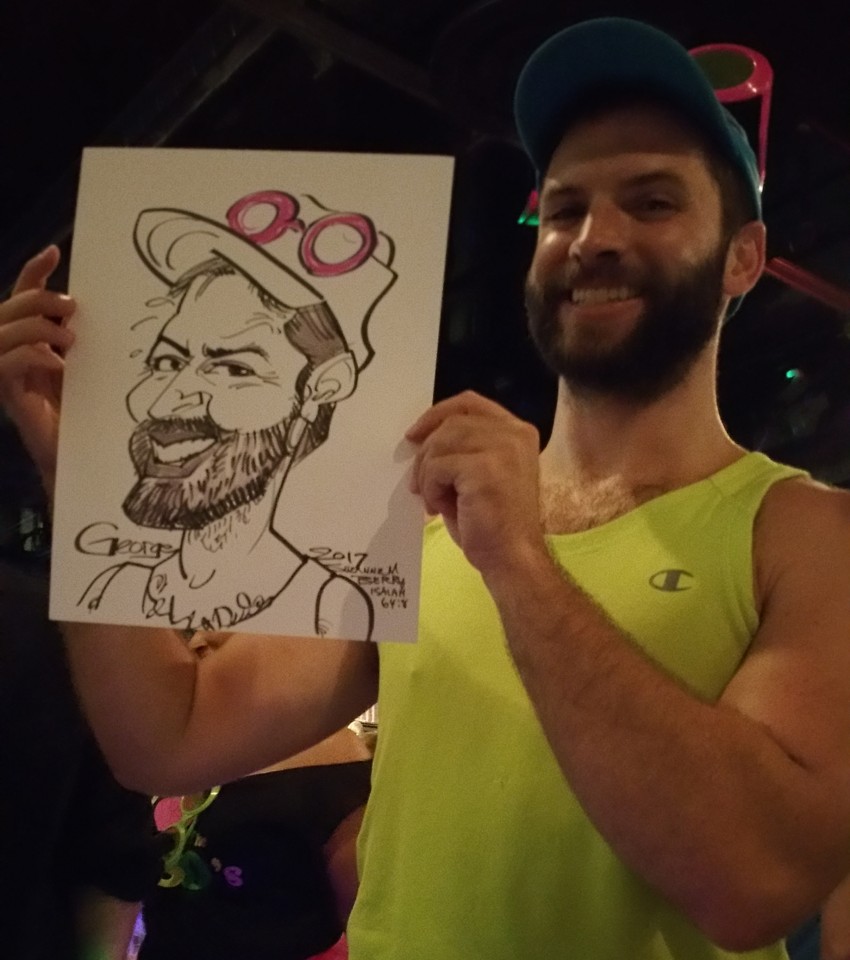 ​
"Caricatures...the entertainment that lasts a lifetime!"

Live Caricature entertainment lights up every event....birthdays,company picnics, banquets, trade shows, weddings, mitzvas, proms...you name it! The human face is so fascinating...Everyone has one and everyone loves pictures of theirs...or someone else does...NO KIDDING!"
Pre-ordered Studio Caricatures are ideal and unique for gifts, awards and posters at your affair. Your guests or customers will leave with a smile on their faces and never forget you or your group. Book Suzanne today for your next event.
Capturing "CHARACTERS" is my job!!

Suzanne is absolutely amazing. My guest loved her. Her work is awesome.

Response from What-A-Character! Caricatures By Suzanne:

Thank you Andrea...it was my pleasure. It's always a joy to entertain such a fun and loving group of all ages.

Professional and always a line

The event was great and this activity always had a line. Suzanne was professional and worked with all employees on their picture. Would highly recommend.

Wow...what an awesome way to liven up any party! We have had the pleasure of having Caricatures by Suzanne be the entertainment for at least 3 Christmas parties in the past. She is an excellent artist and the guests have a great time getting their pictures personally drawn and having them to take home. You won't be disappointed by booking her for your next gig!

Response from What-A-Character! Caricatures By Suzanne:

I really enjoy entertaining at your company parties year after year. There's never a shortage of characters...Thank you!

Price Range: $115 and up depending on location.

Count on professional caricaturing and appearance, cheerful and friendly banter with a smile. Fun and zany caricatures in black and white or color never fail to please. Each drawing presented in clear plastic bag for convenience. For special awards or posters, studio caricatures may be made ahead of time for the event.

Suzanne was born an artist…Like most artists she has loved to draw from early on and received encouragement and tutelage from her grandmother, Louisiana artist Victoria Morell. She studied art at Louisiana Tech University and received her Bachelor of Fine Art degree from the University of Houston. Continued home study of the “masters of painting” included her favorites Sargent, Van Gogh and Gauguin. Active in local art societies in Houston and Dallas areas, Suzanne served as president of the Richardson Civic Art Society from 2000 to 2002. She is also a signature member of Associated Creative Artists of Dallas, Texas.
Oil and, more recently, pastel painting have been a lifelong mission, capturing life in its many forms and expressions. Figure painting and portrait subjects intrigue me most as I attempt to recreate their joy, passion, interaction and humanity. Commissions are welcome.
In addition, Suzanne is a caricaturist for events of all kinds as well as custom studio caricatures. In 1994, Suzanne fell in love with caricature and attended the National Caricaturist Network convention in San Antonio, Texas. She received "Best Portfolio" a few years later. The NCN is now the International Society of Caricaturist Artists, ISCA, of which she is still a member. Forums, classes, competition and networking with outstanding caricaturists at these cons have helped hone her style and skills. Her backgound in portraiture enables her to capture uncanny likenesses as well. Suzanne considers caricaturing a gift from God that enables her to communicate with love as she draws and entertains people from around the world.

All I need are 3 chairs, small table, electrical outlet and indoor or well protected area from sun and inclement weather.
Please do not put me next to loud speakers etcetera.

As member of International Network of Caricature Artists for since 1994, I have been influenced by some of the best caricaturists alive! Among my favorites are Joe Bluhm, Tom Richmond, and Glenn Ferguson.

All I need are 3 chairs, small table, electrical outlet and indoor or well protected area from sun and inclement weather.

Please do not put me next to loud speakers etcetera.