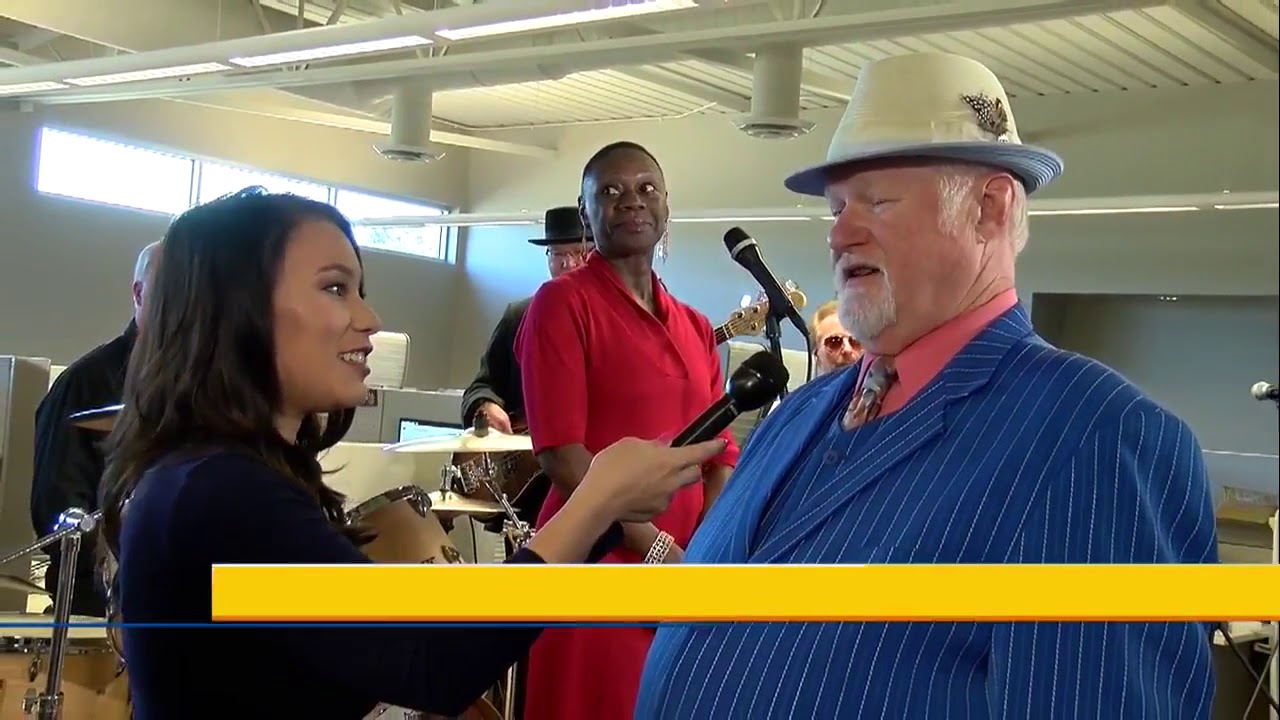 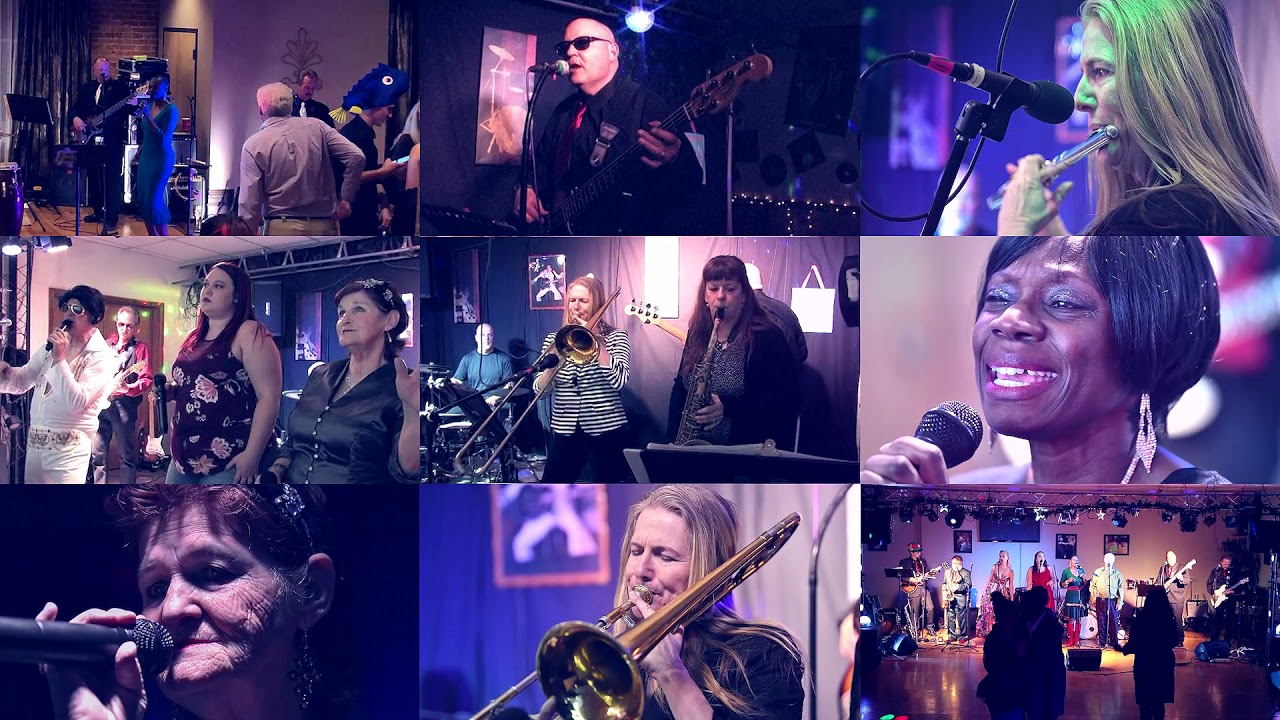 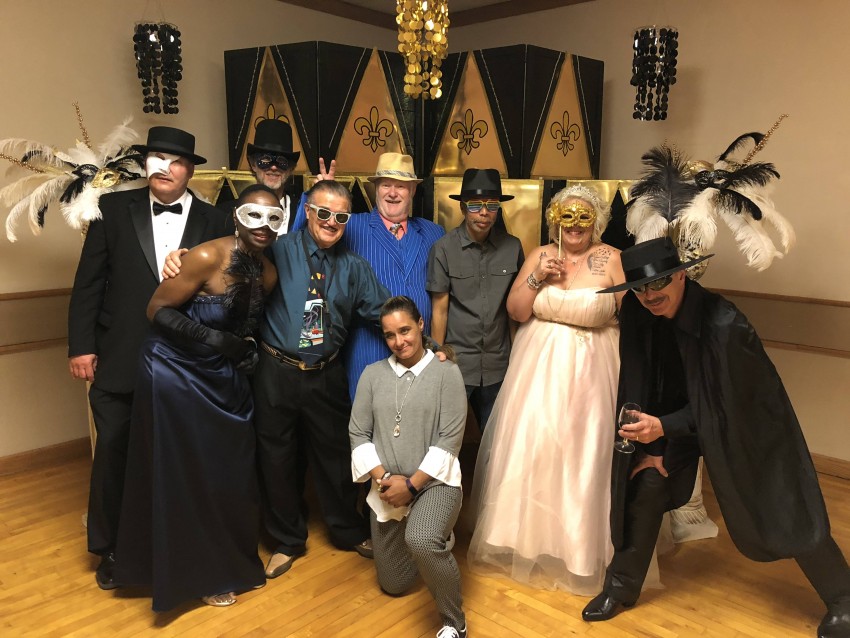 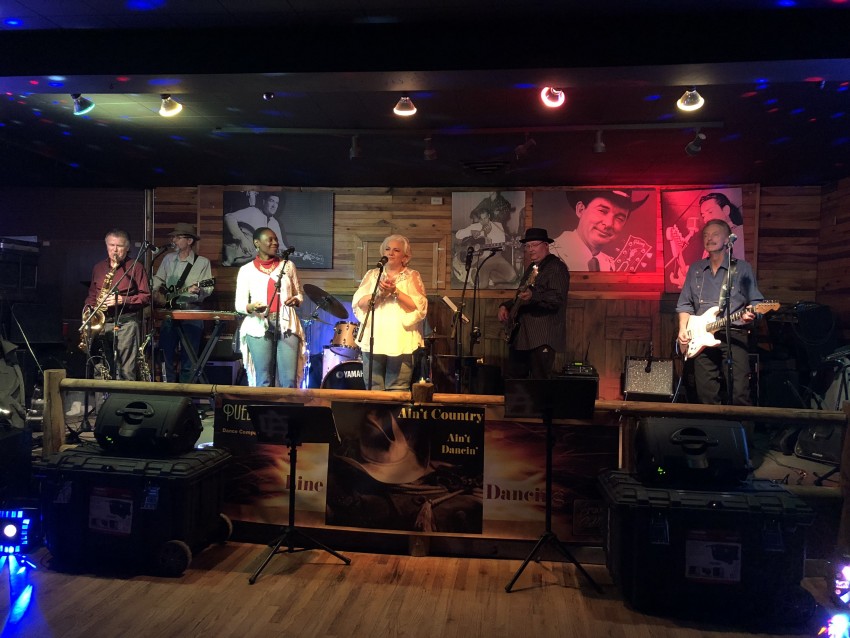 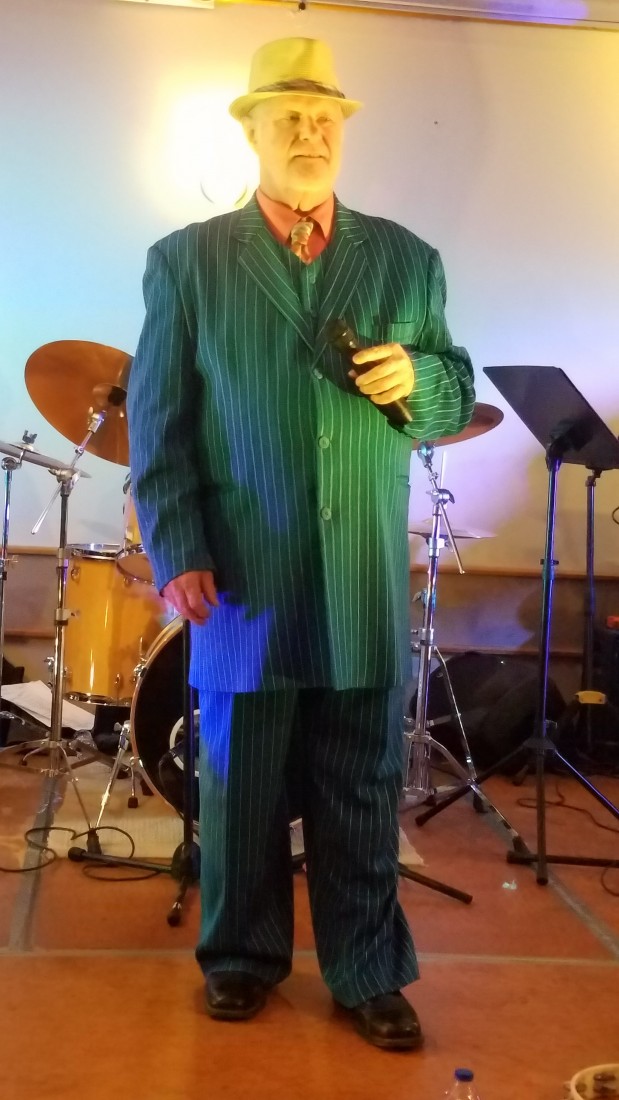 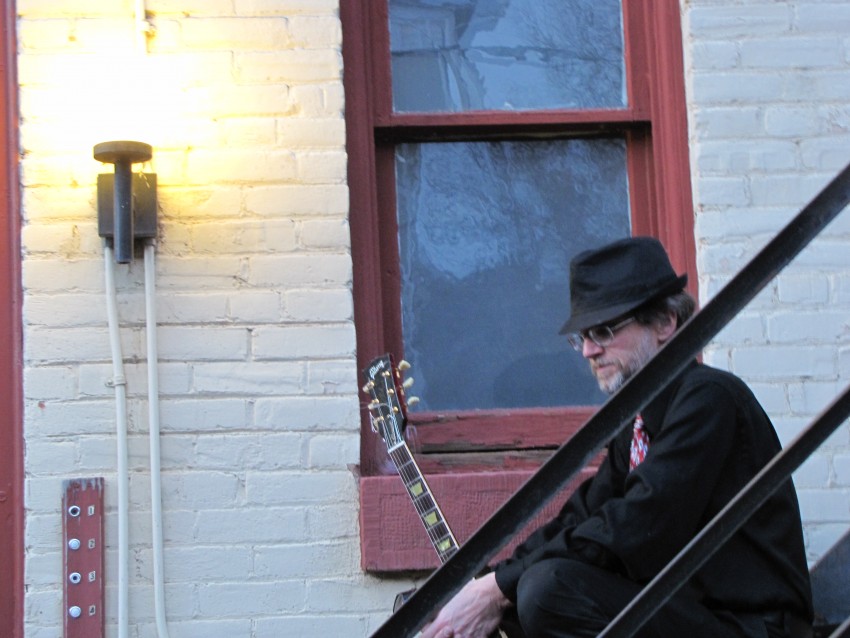 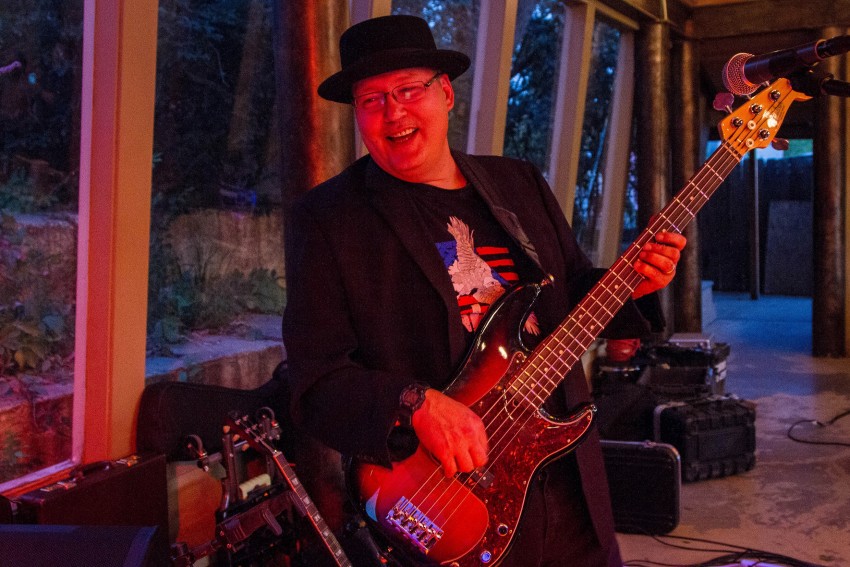 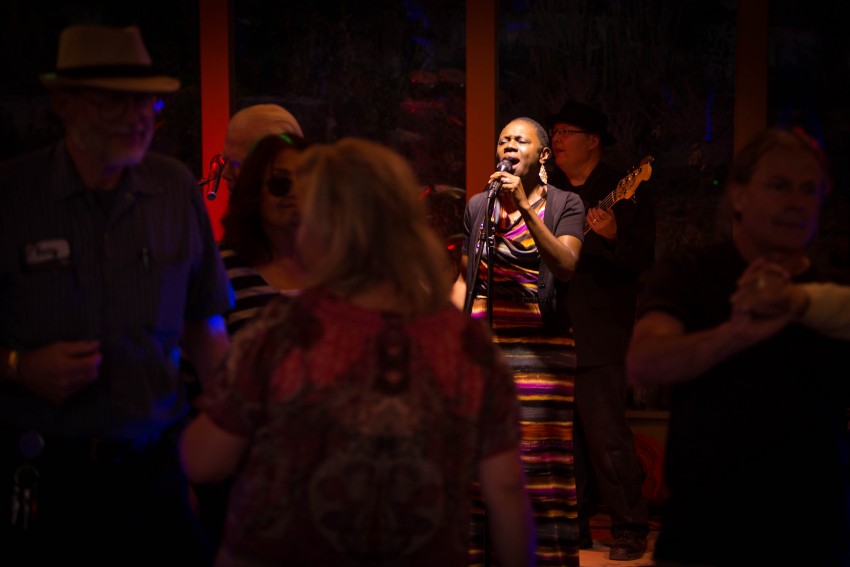 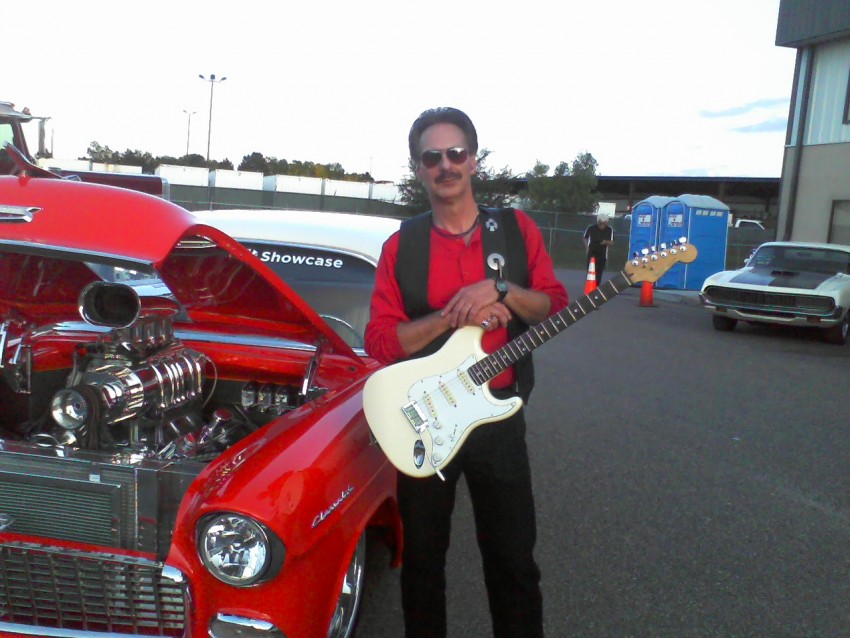 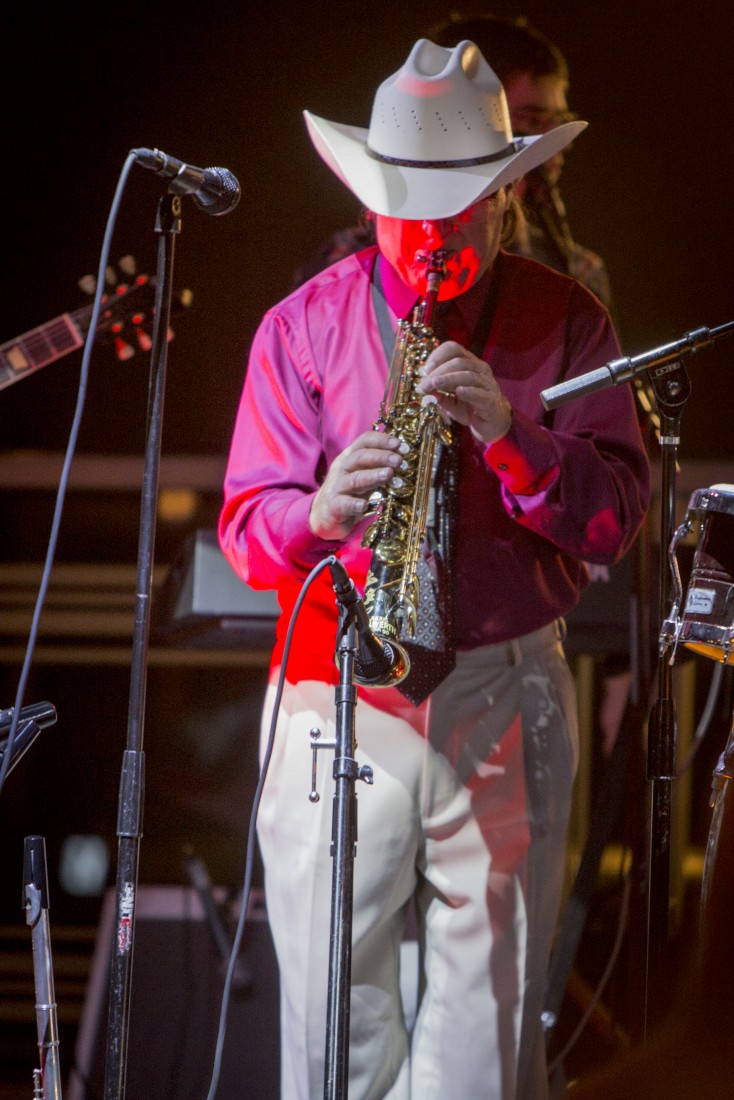 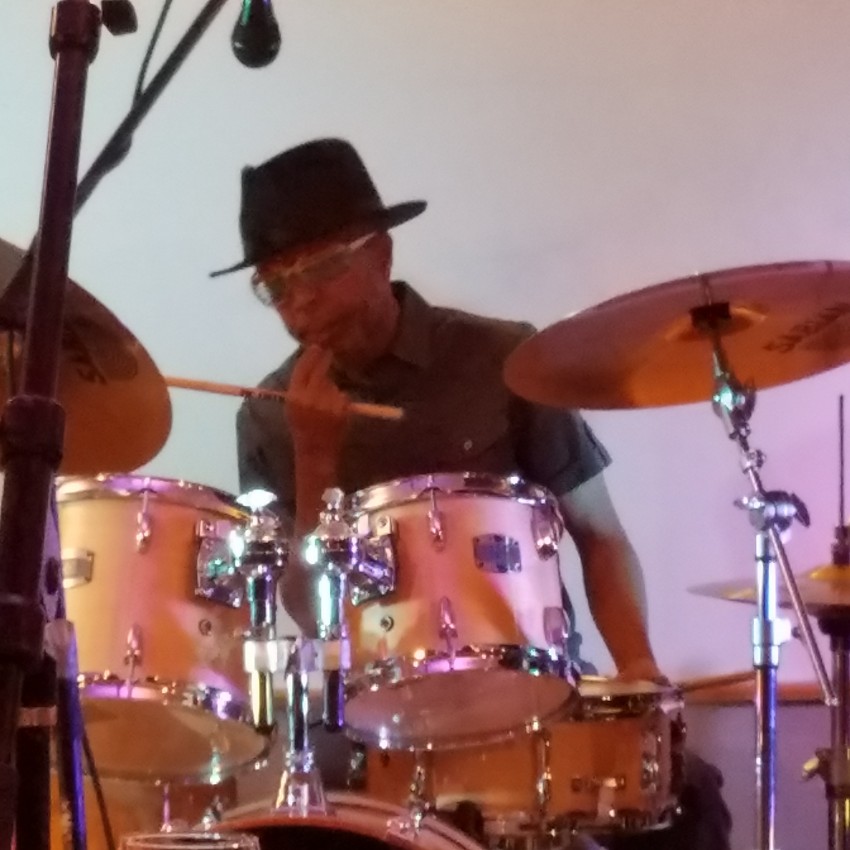 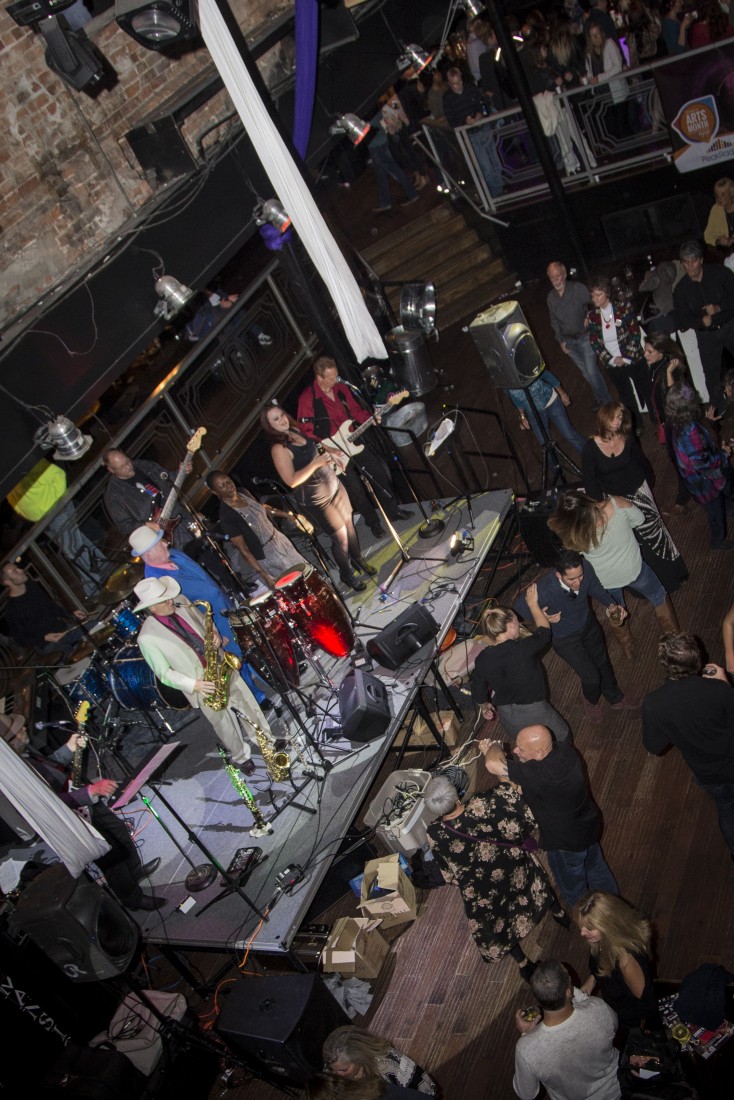 We are a 3-10 piece band that plays everything including Big Band, Old Country, Oldies, R&B, Blues, Blue Grass, Classic Rock, Disco, Funk, New Country, Jazz, Folk, Today's Top 40 and everything in between at a very high level! Our band can be customized to fit what ever your needs may be. We are the perfect band for corporate events, weddings, fairs, car shows, etc. We are now also offering Theme shows. Give us your theme and we make it happen. Whatever your event we are perfect for it. Reference can be provided if needed. You can see us at website.

The band played at my daughters wedding in May at the Edgewood Inn, in Woodland Park. I cannot say enough about how awesome they were! Their prices were reasonable and they were incredibly helpful in setting up the live music. The night of the wedding they absolutely rocked the place and had everyone on the dance floor! The music they played was tasteful and fun and I can't thank them enough for providing the entertainment at our daughter's special day!

Thank you so much! We had a blast playing at the reception!

WOW! is the best way to describe what you will experience. We will keep you entertained from beginning to end. Amazing musicians, world class EAW sound system, custom lighting and superior entertainers all equal a spectacular show! We can customize the show to fit YOUR needs. All events are treated with the same high energy, high quality professionalism. We can MC your event at no additional cost with superior planning in advance. We will knock your socks off from start to finish. That is what you should expect!

Band Bios
Larry Lafferty (Band Leader, Lead Vocals, B/U Vocals, percussion) began his music career at the age of seven in a boy’s quartet singing in churches. Born in Ohio, Larry’s family moved to the Chicago area when he was five. Coming from a family of musicians gave him the opportunity to perform with various artists at gospel concerts ranging from Bill Gathers and The Imperials to Petra, Phil Keggy, and Amy Grant. In 1972 at the age of 15, Larry got to sing with a group called TW4 at local high schools. That group, founded by the Panozza brothers, later went on to fame as Styx. He continued to perform Christian music at various events and churches in the Midwest but slowly became more involved with mainstream popular music. He has worked for several studios including AudioTrax and Studio1, and as a contract vocalist for numerous artists. He has performed in several countries and every state in America. As much as he loves being the lead vocalist or” front man” of the group, he loves singing harmonies even more. Vehicle is a project from Larry’s heart and he feels blessed to be working with the great musicians around him.

Reed Ellenberger (Band Director, Bass, Lead Vocals, B/U Vocals), After 21 Years as a Bassist, Arranger, and Composer for the United States Army Band, Reed has finally settled down in Colorado Springs with his wife and daughter. Born in Pittsburgh, He holds a Bachelors’ degree in Music from Duquesne University and has done graduate work in Jazz studies at the Mannes School of Music in NYC. As a professional musician, he has been on tour in over 17 different countries, and has performed with the likes of Ray Charles, Aretha Franklin, and many others. His experience in playing all styles of music has earned him a growing reputation as an A-list musician in the Colorado Springs area. In the small amount of spare time that he has, he enjoys Hiking, Woodworking, and Computer programming.

Jim Robertson (Guitar, Mandolin, Banjo, Harmonica, Lead Vocals, B/U Vocals) Jim is the “Renaissance man” of the band, adding his talents on Guitar, mandolin, Harmonica, Vocals, and on occasion, even Dobro! Born in Missouri, Jim moved to Colorado Springs in the 70’s, earned his degrees in education at Colorado University and teaches Science at a local Middle School. He also performs with the New Century Big Band in addition to playing with the praise and worship band at his local church. In the small amount of spare time that he has, he enjoys spending time with his wife and daughter.

Rodger Drew- (Guitar, Lead Vocals, B/U Vocals)
Born and raised in Oregon, playing the guitar was not so much a a choice, but rather more of a destiny. Inspired by his older brother, a drummer, Rodger was drawn to the electric guitar. He quickly began to pick up on the styles of the greats, such as Clapton, Page, and other big-name guitar heroes of the day.
He joined his first band at 17, and has never stopped pursuing his craft.
After moving to Colorado Springs in 1980, Rodger played and recorded an album with a local Christian band. Later, he was a co-founder of a band, known up and down the front range for their classic rock-n-roll, country, and blues covers, and was one of the last bands to appear at The Sands Hotel in Las Vegas . He now enjoys adding his musical, guitar, and vocal experience to Vehicle.

Elaine Lafferty- (Lead Vocals, B/U Vocals)- Elaine has always loved to sing and dance. A native of San Diego, CA, she sung her first song at about age 5, “If This World Were Mine,” originally sung by Marvin Gaye & Tammy Terrell. She continued her singing in home-based girl groups, music and drama skits with family members and at church. Elaine sung in various genres of choirs throughout her educational career from elementary through college, and church, and participated in numerous talent shows as well. While serving in the military, she participated in the 2009 U.S. Army Soldier Show, and traveled throughout the U.S. and Korea on a nine-month tour. She earned an undergraduate degree in Elementary Education with a minor in vocal music, and a MA in special education.

Plus our world class audio/video/lighting team!

Our show comes complete. Our state of the art lighting will have your guests awed by the high quality presentation. Our sound system is top rated across the nation from EAW. We supply it all, the music, lights and sound. You provide the venue and vision. Trust that we are the best!

Our master list is available upon request. We will also learn songs for you ans customize your event. We play songs from the 1920's to now.