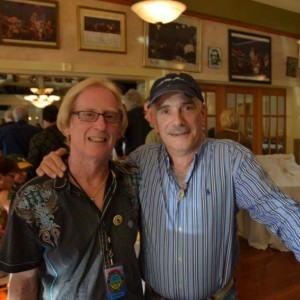 Tom Lawlor Productions has in the past provided me with musicians, sound, live recording, as well as studio recording in digital format and rehearsal space. The most recent concerts I performed with Tom Lawlor and friends were in Norwood, Ma. and Brookline, Ma. The concerts were performed by original and counry oldies band Rick Barron and The Quavers, and by the Paul Moroney and Friends Oldies Band. For a sampling of band recording go to www.rickbarronandthequavers.bandcamp.com. Tom Lawlor has also played drums and percussion instruments for my band in addition to recording my band and my original songwriting material in his studio. Tom Lawlor has also performed numerous G.B., bar, pub, and restaurant gigs with my band for over 25 years. Tom is an excellent drummer and has a vast knowledge of various music types from blues/swing to rock and roll/classic rock, to gospel influenced country/rockabilly/ folk acoustical music and jazz. He also performs on the vibraphone and has produced several live blues albums at the local Midway Cafe in Jamaica Plain, Ma. He was also in charge of the production of my college acoustical performance at WBRS,"The Joint" at Brandeis University, Waltham, Ma. as a solo artist along with producer Hillel Cooperman, and engineer Ofer Inbar recorded in March 1991. He also provided mobile recording and tour bus service in the past.