Theartistdrl "prince" At It's Best 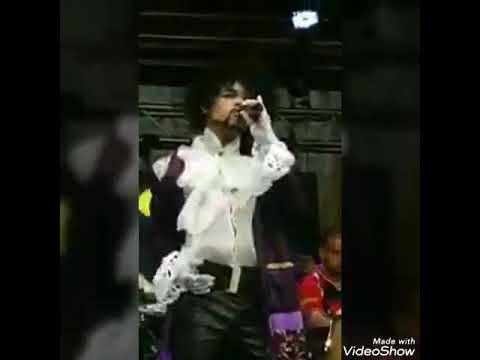 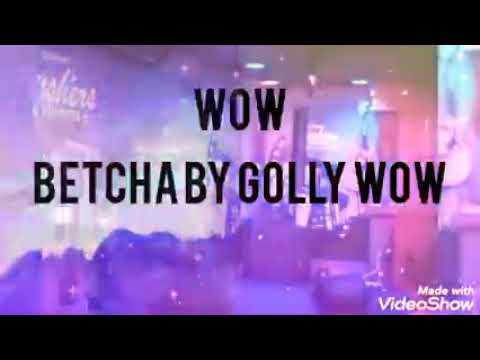 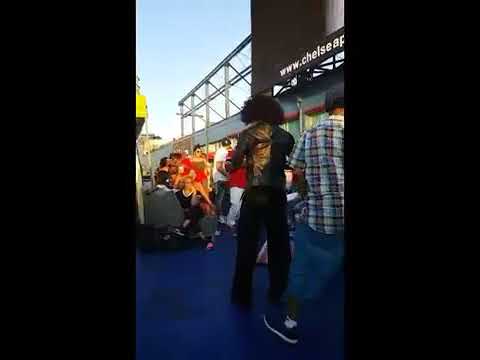 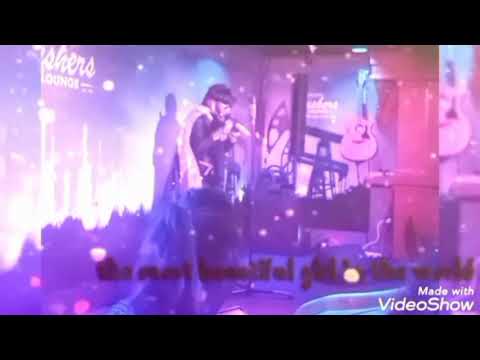 "Most Beautiful Girl In The World" { Live VOCAL by THEARTISTDRL} 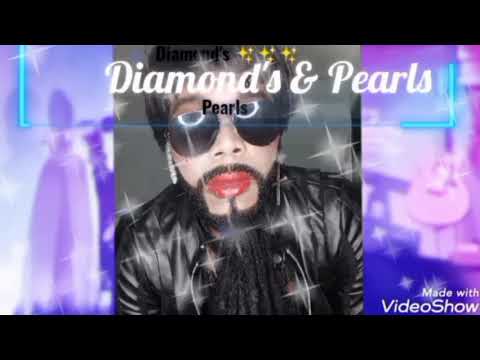 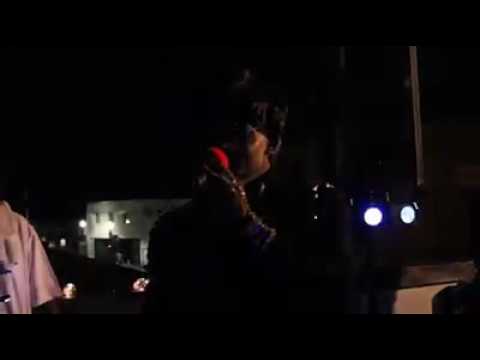 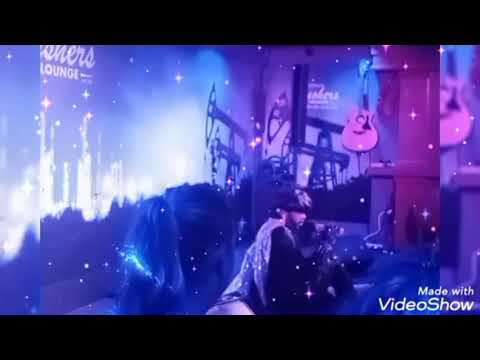 "Beautiful Ones" {Performed LIVE by THEARTISTDRL} 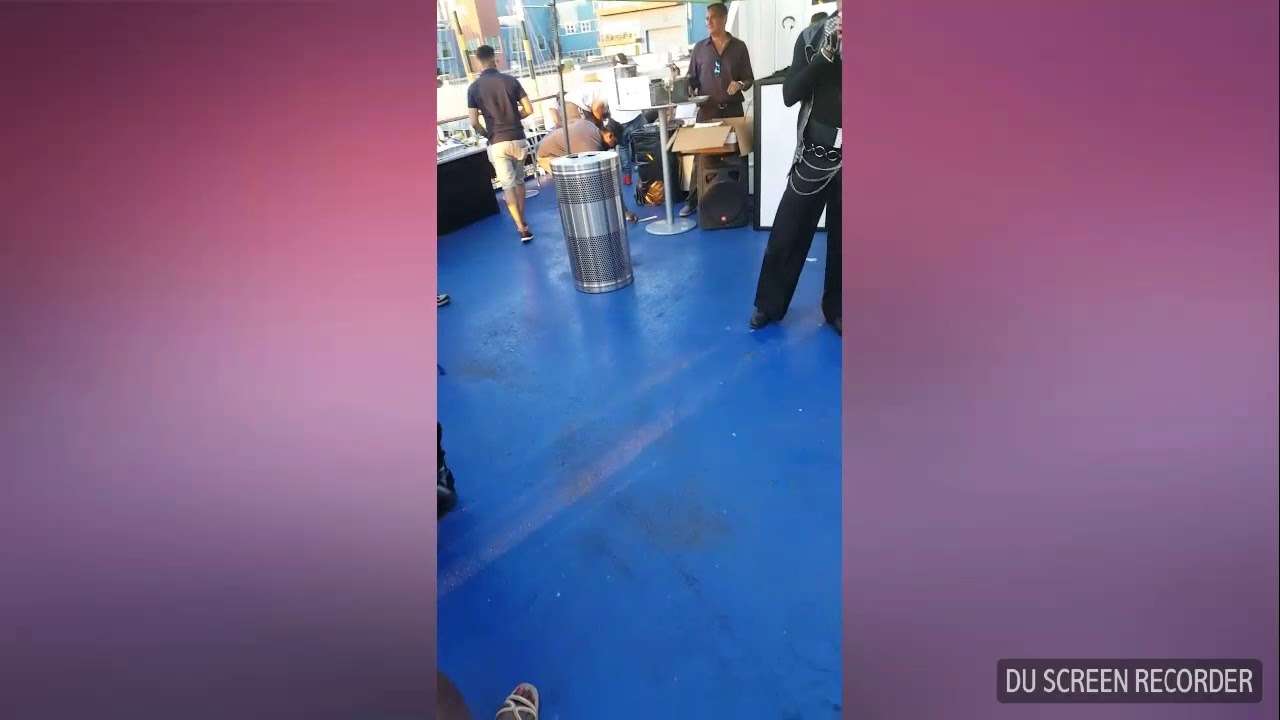 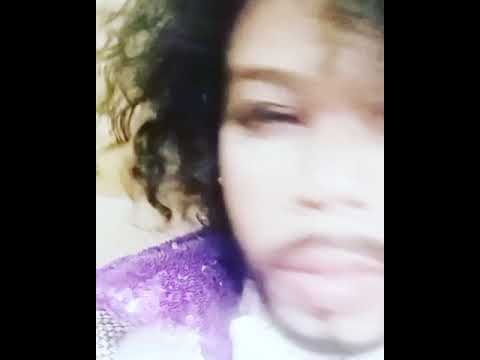 kiss
COVER by Me [THEARTISTDRL] 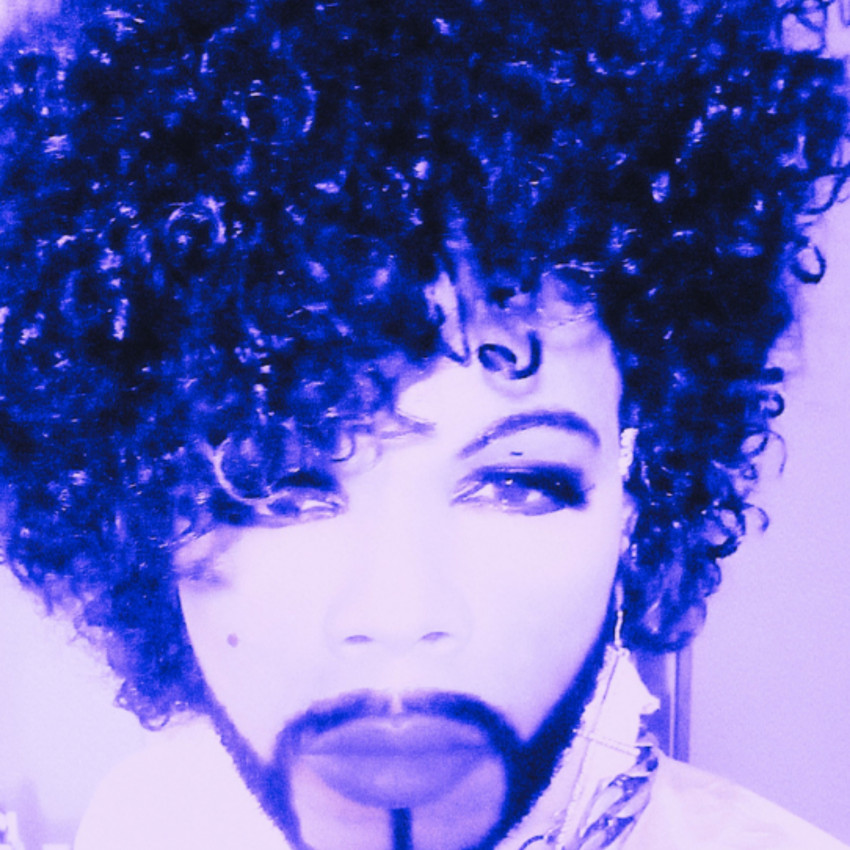 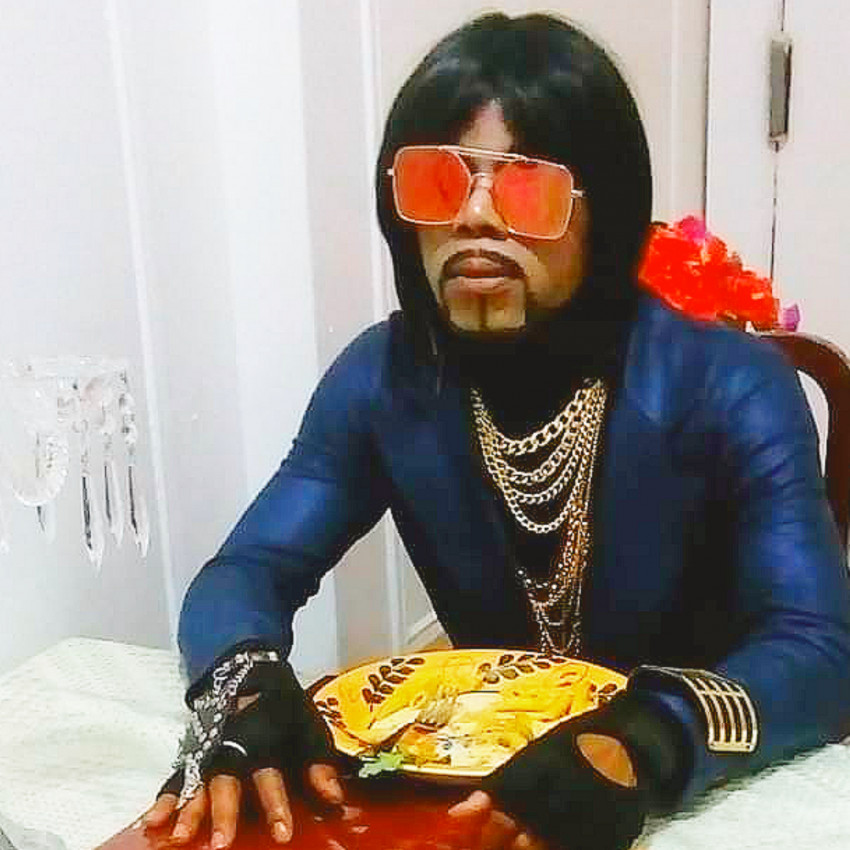 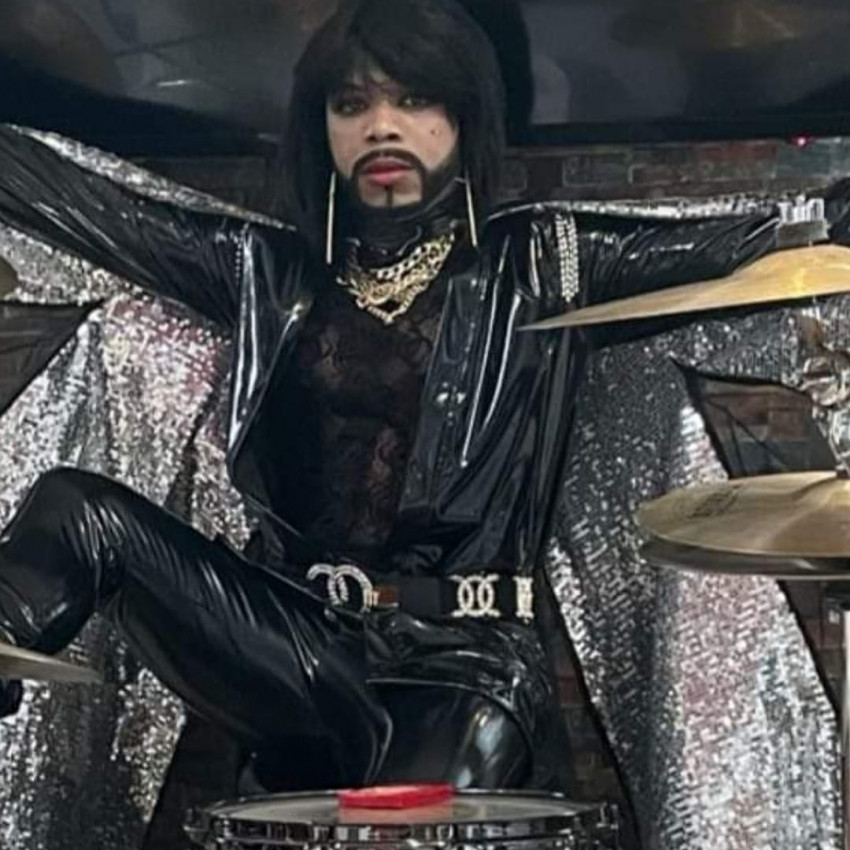 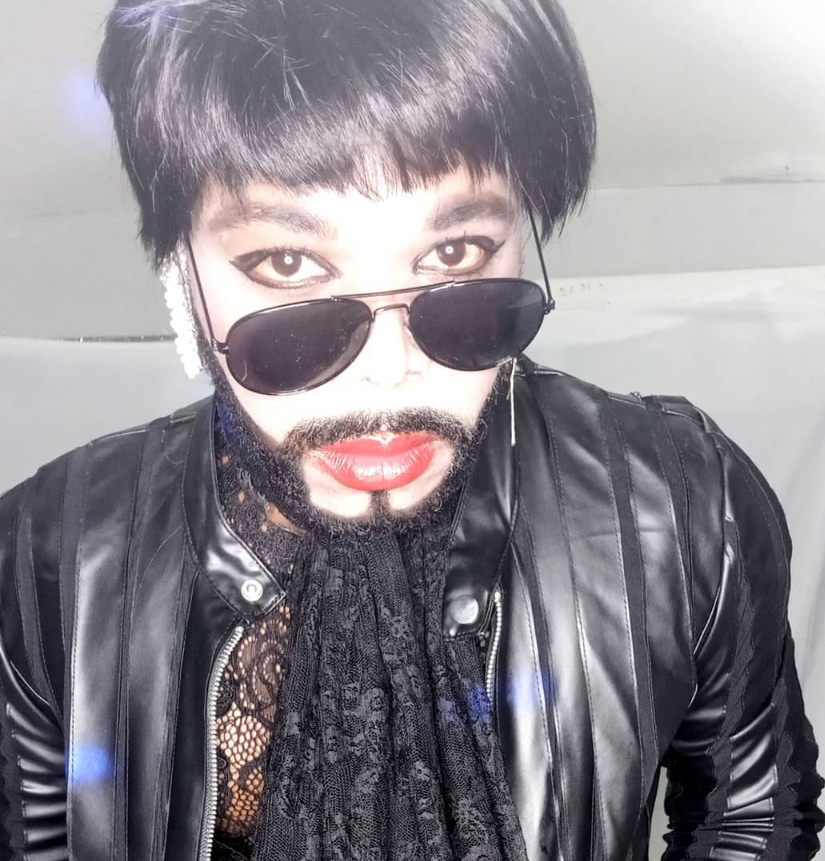 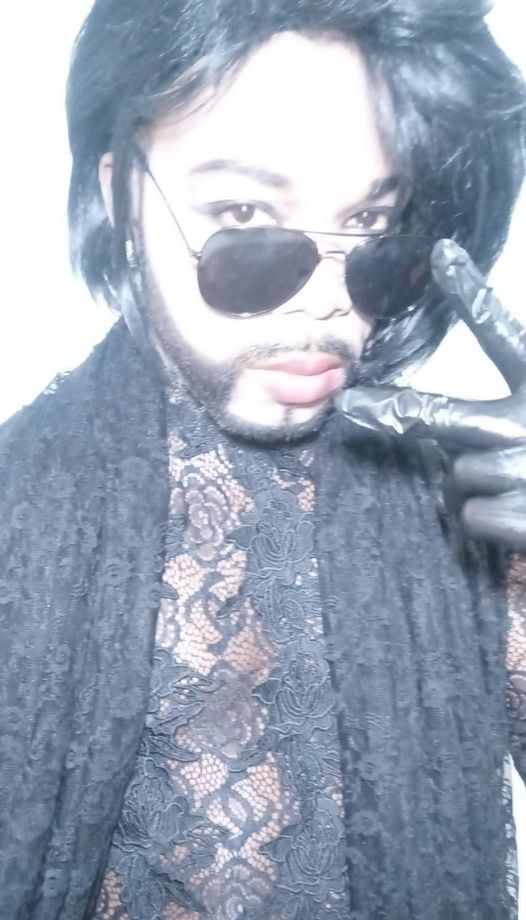 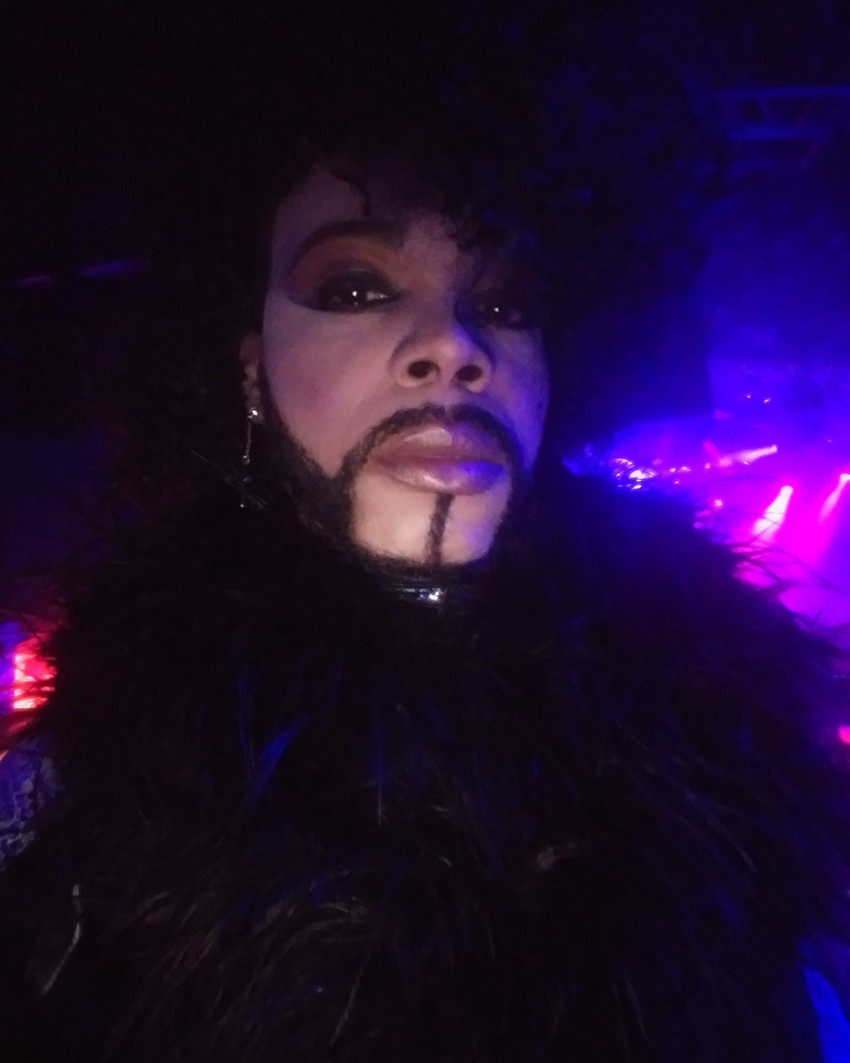 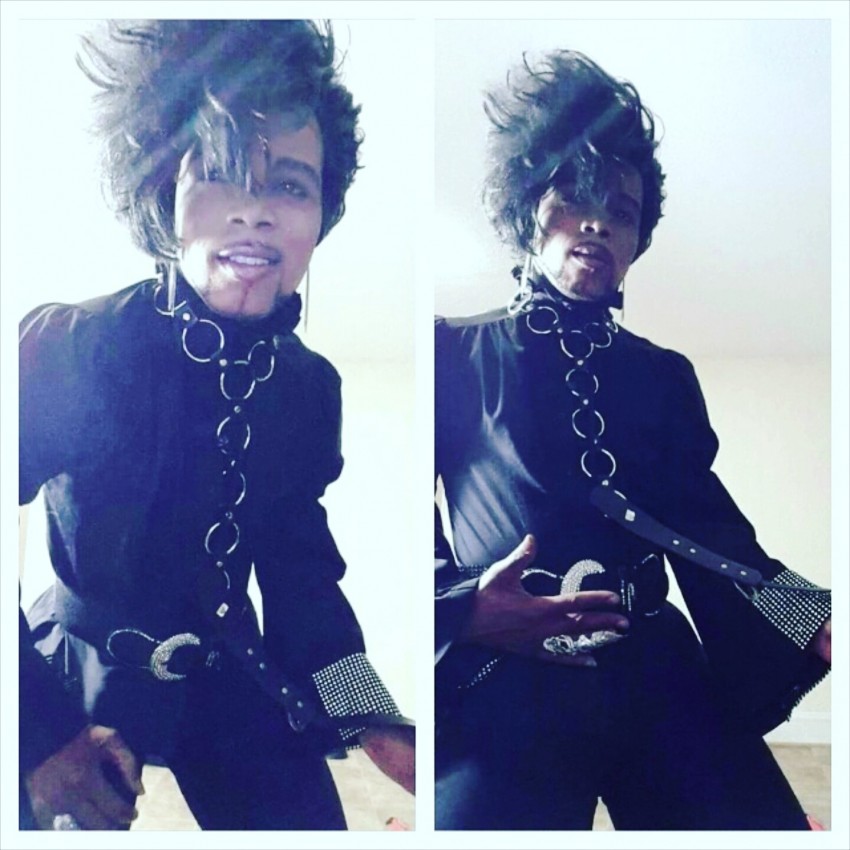 Hello to whom may be reading this:

I am Dominique Lee aka THEARTISTDRL. I am a "Prince" impersonator. Not only do I have the look and style, but I also have the unique sound of our recently deceased "Prince Rogers Nelson", an Icon of the music Industry. I am one of the BEST. If you take a moment to click on my video links provided within this Profile I think you would Agree. I am a 100% Professional that takes Pride in what I do.

LIGHTS OUT FUN AND PERSONAL PERFORMANCE

First things first... If you're reading this review, LUCKY YOU! I was looking to hire a unique entertainer for my Mother In Laws 80th Birthday. Yes, 80th! We had a diverse age group from babies to boomers that I wanted to surprise the party with as my personal gift. I was flying in from California and was at the mercy of my research on line and communicating with talent. Domonique, DOMO as we all came to know him, was quick to respond, quick to answer questions and quick to help in ANY way possible! He even helped me by referring a DJ for the party as well. I could go on and on about how fun it was. I will say a few things to help you understand how special this event was to me personally and how DOMO made it beyond memorable. Yes, he is an AMAZING performer. That's a given, don't worry about that part, the man is talented! It's beyond the talent that impressed me the most and that of our entire family and party. I informed DOMO of my Mother in Laws favorite song "After the loving" by Engelbert Humperdink LOL Okay, if you've never heard of either, you're not alone. However, DOMO brought our family to tears as he personally learned this song and performed it as "himself" after he changed out of character. Everyone took a turn dancing with the birthday girl, and at ended up as an entire family group hug swaying to the gift that Domonique had learned and performed for us. So again, LUCKY YOU! You should be so fortunate to have this gem of a man at your event. Thank you DOMO, forever a part of our family and #TEAM HELEN! A new friend indeed.
Shout out to DJ Mistaa Man! He kept everyone moving and was also a major contributor to the love felt all night. Much love to both! So why are you still reading this!? Book him already and enjoy the show!

Dominique was totally professional, and had that personal touch at the same time .He was very detailed in his performance plus the communication was on point . His voice was amazing, and was in total character.. He even had the electric guitar ! Everyone love the performance... I will definitely hire him again !

The pleasure was all mine. What an amazingly beautiful woman. I enjoyed YOU & the Family so much ‼️‼️‼️💜💜💜💜

Dominique performed a beautiful, customized birthday greeting for my sister, who always wanted Prince to perform at her 40th birthday party. They were also very responsive, kind, and easy to work with. I'd be happy to work with Dominique again.

I was happy to take the time to Pre-Record a Customized Message, Curate a Birthday Song to the instrumental of "Doves Cry", Pre-Record Background Vocals, etc all to ensure that I delivered ‼️ Most people could only imagine being Serenaded or receiving a TRIBUTE to ONLY them specifically. What a unique, intimate experience.

I'm glad you're willing to work with me in the future, perhaps I'll earn your 5th ⭐😉💜

He made the party!

Prince/Dom was so amazing. Just like the other reviews he is so easy to work with, has an amazing personality and is superbly talented. The audience absolutely were thrilled with him and commented to me all night "where did you find him." They ranted about his great moves and how he actually would sing...so good. My only regret are the people who could not make it to the event because they missed such a good time. Thank you Dom and your sidekick Claudia...hope you enjoyed your time with us as well :)

You were a Joy to eork with as well, not to mention your mom Christine was a Sweetheart.

Everyone was so cool. I had fun and Im so glad you all did, and Im glad to have been apart of such a monumental moment.

A highlight of my party!

Theartistdrl did a fantastic performance for my 80s party. He performed as Prince and then did a quick costume change to switch to Michael Jackson. So many people told me how much they loved his performance. Super easy to work with, as well. He's a sweetheart. A highlight of my party!

We hired Theartistdrl for an office party for a super Prince fan, and he was such a sweet heart. Everyone loved him!

Prince did a great job! The crowd loved him and was so pleasant to work with. Would hire again in a heartbeat.

Theartistdrl did a great job bringing Prince to our party. Everyone enjoyed his authentic performance and loved mingling with him afterwards. He even sang Happy Birthday to make cake and candles really special.

Tracy! I definitely had a blast everyone was so nice. Including Kevin, Matt, and Jessie. Please consider me for future events!!!

Despite some initial communication issues, Dominique did a great Prince impersonation for my wife's 50th birthday party. Singing and dancing were flawless.

Our Prince impersonator was outstanding. Between his dramatic entrance, his costume, his movements, and his OUTSTANDING voice, you would think the Purple Paisley king had come back from the dead. It was obvious he has put much time into his craft. His rendition of Purple Rain had everyone holding up their cell phones on flashIight mode, as if you were at a concert in a giant venue. After presenting a fantastic and professional show, he made himself available for photos, which was a real hit with my friends. This act brings true life to your party.

Because there is a lot of time needed to apply his (very realistic) makeup and don his attire, I think it a good idea when booking to let him know what time you want him to begin performing. He will need to get to your site earlier than the performing time to attend to his wardrobe.

Pat. I must say it was an Honor to perform at your Pig Roasting. Yourself and Hank are Beyond Hospitable. I'm truly greatful for the Opportunity. I know you have someone different each year, but hopefully you'll consider me for one of your next Big Events.

P.S.- What Great group of friends you have, and the twins are funny.

"If you saw Prince, then you saw Me"

AMAZING!!! My Fiancé said it was her best birthday ever. Prince really showed up. He was very professional,respectful,courteous and a heck of a talent. I truly recommend using!! We already decided to have him perform at our wedding.

Rob and his fiance are awesome!! I'm glad I could be apart of their unforgettable moment. I am in the business of making people feel good. It was an honor to share that moment!

You can expect me to be on time for your engagement. I will look and speak the part. I am 100% Professional, Respectful, and respectable. You and your guests will be entertained no question. I have a knack for entertainment. Singing and making people happy are my passions.

Dominique Lee aka D.R.L., talented scorpio, native of Norfolk, VA, can immulate the sounds of some of his music inspirations, such as Prince, Michael Jackson, Kevon & Babyface Edmonds, Maxwell, and Jesse Powell. He says, " I Chose these artists because of their timbre and vocal tone".He wishes to capture audiences from all walks of life. He being a lover of people welcomes all races and ethnicities to join in the celebration of this international phenomenon, known as music. He appeared on the smashing talent tv show "American Idol", and has done a few stage plays. Right now he is doing local theatre work, he's also a member of a quartet, by the name of "Atmosphere ". He looks forward to bringing his fashion sense, creativity, originality and eclectic personality to the industry. He knew since early childhood he was destined to be a star.

It is recommended that you have a PA SYSTEM or a DJ THAT HAS THE STANDARD EQUIPMENT, SUCH AS
(MIXER, SPEAKERS, STANDS, CORDLESS MIC, AUX PLUG IN CAPABILITIES, ETC.)

Kiss
How Come You Don't Call Me..
When Doves Cry
Wanna Be Your Lover
PurpleRain
Adore


*Any other prince songs per request, and other miscellaneous artists