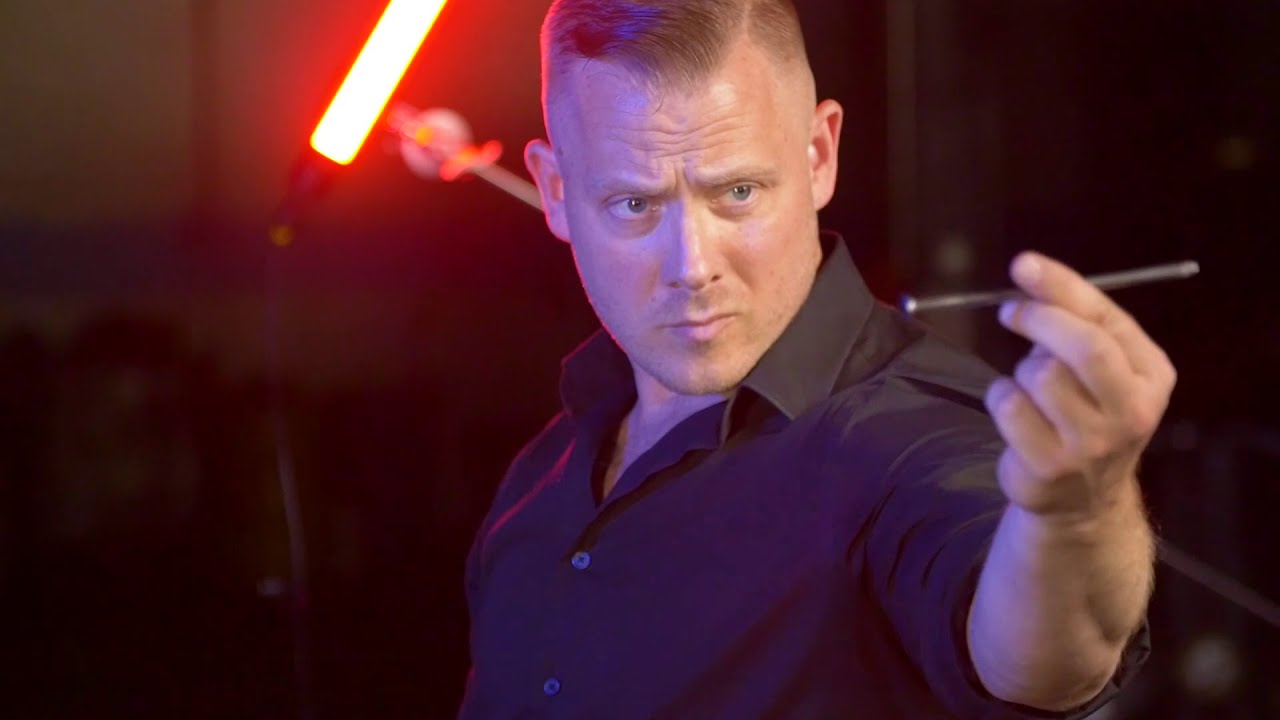 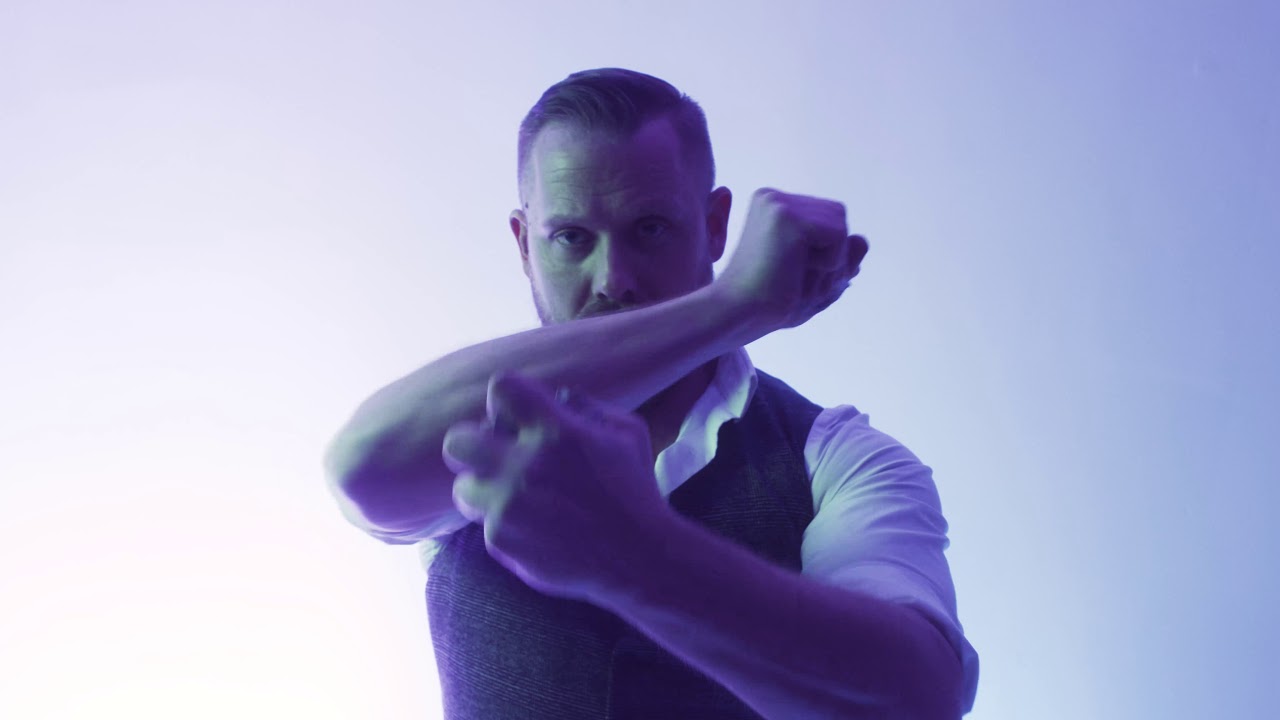 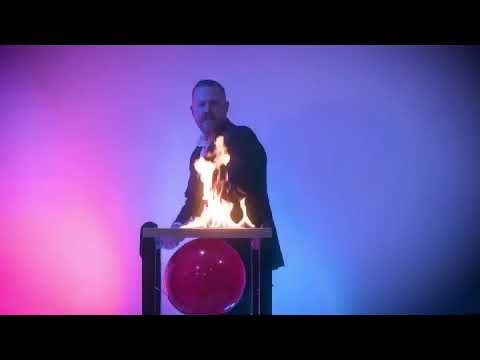 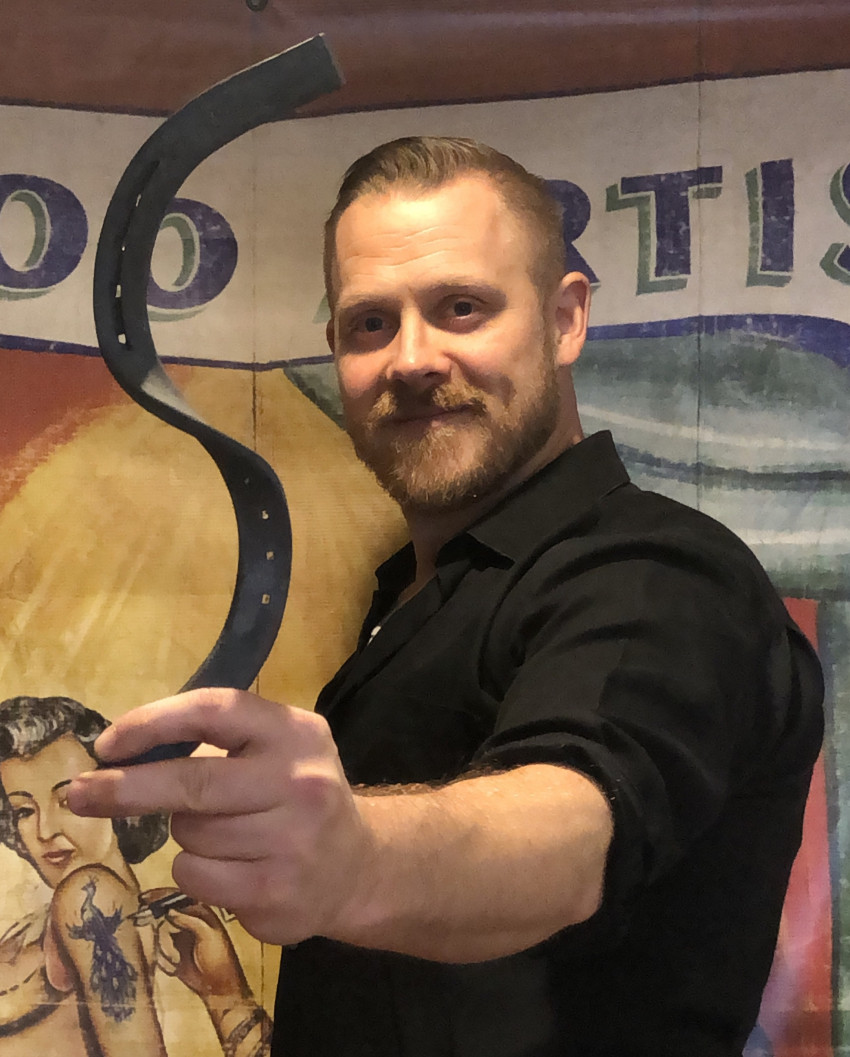 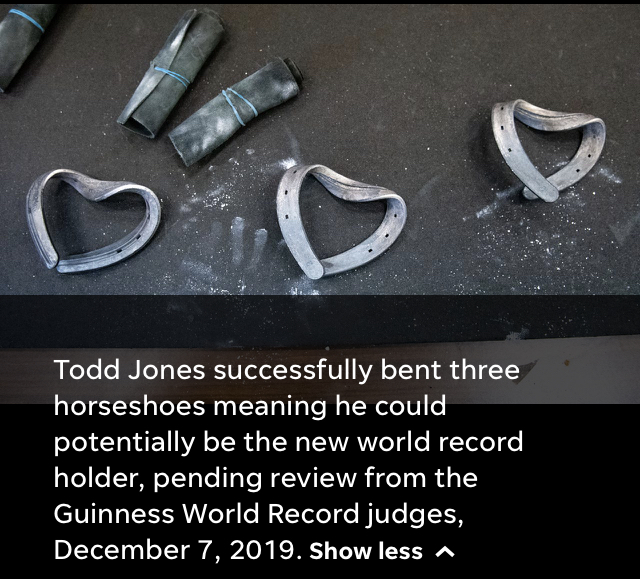 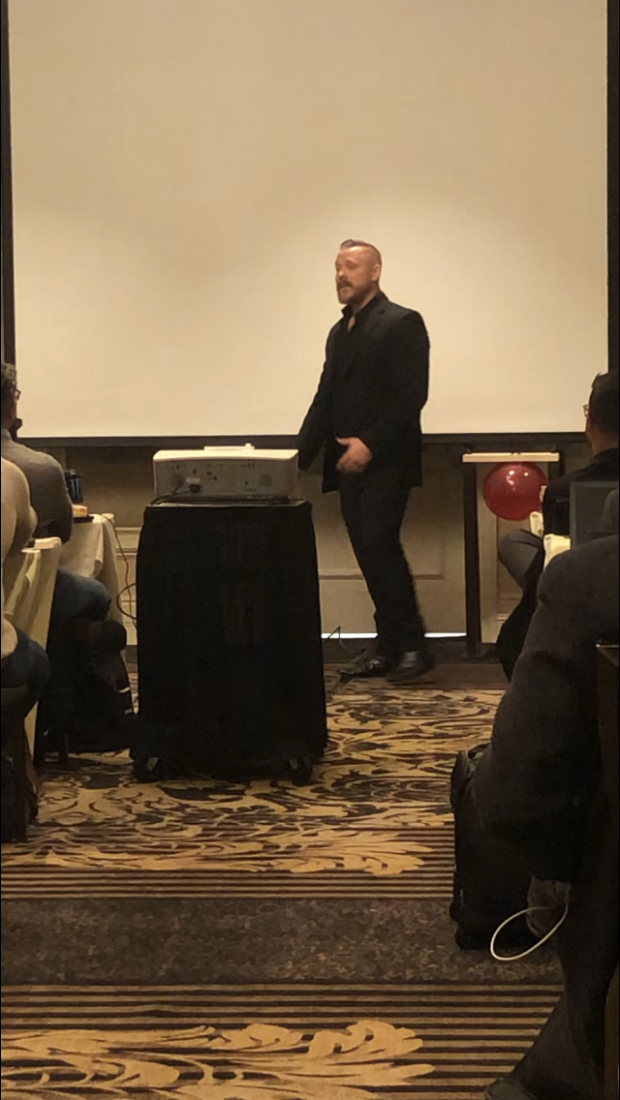 Preparing the audience for what is about to happen... 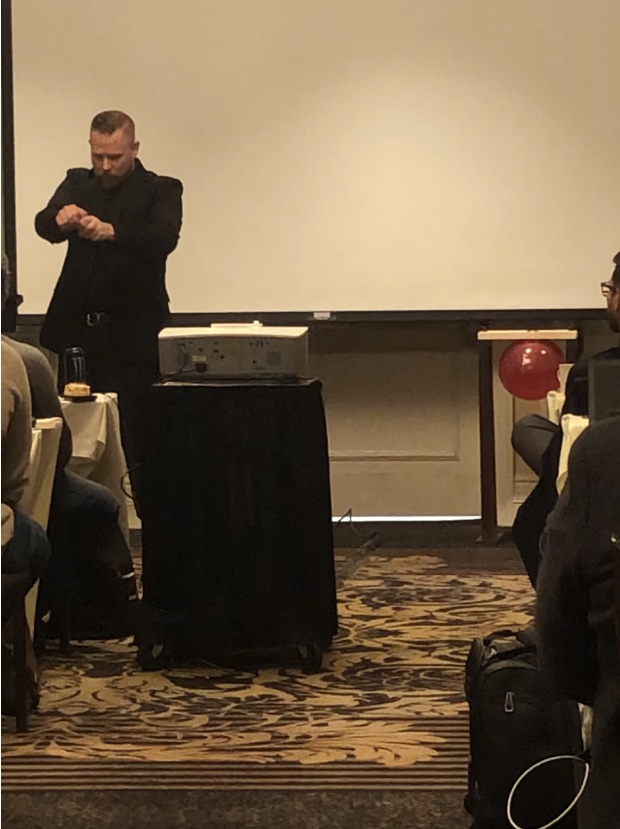 Tearing a full deck of cards in half. 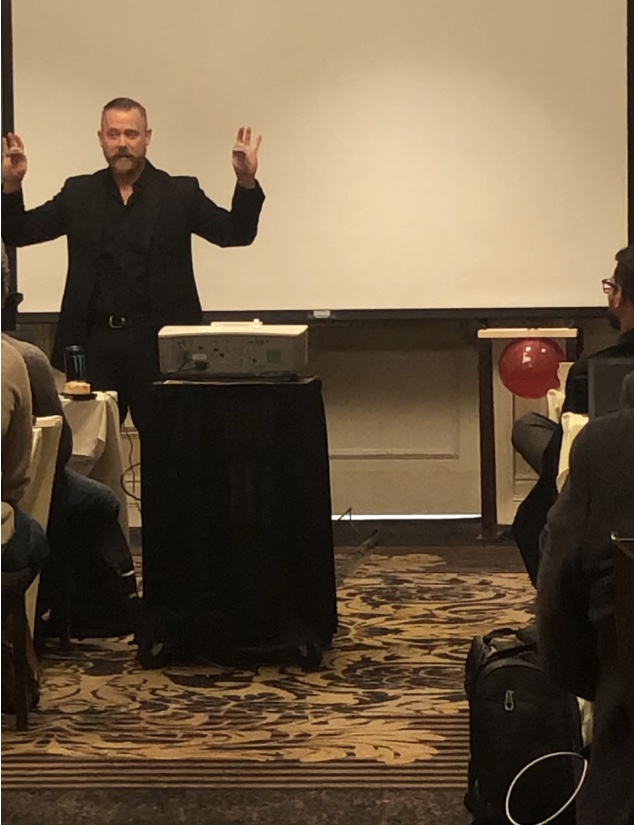 A full deck of cards, torn in two! 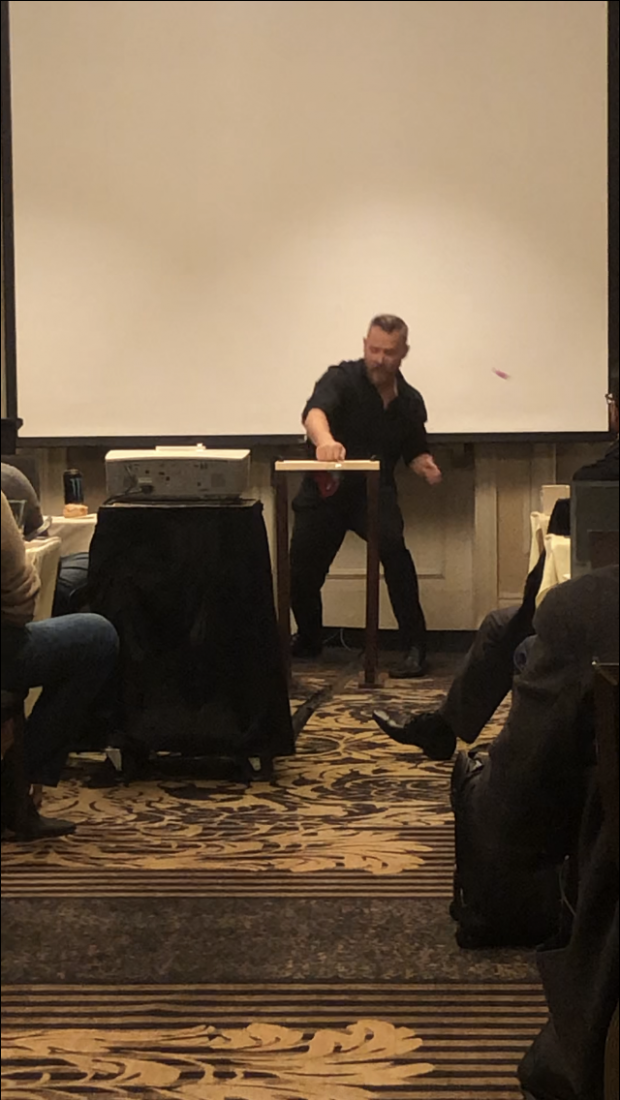 Ramming a nail through a thick wooden board!

Todd Ryan Jones is a professional stuntman and performing strongman who uses genuine feats of strength to demonstrate the limitless nature of human potential.
Todd is the only speaker in the WORLD with his unique blend of show business background and ability to literally bend steel, break chains, and ram a spike through a wooden board with his fist.
In addition to mind blowing feats of strength, you will also get Todd's personal story about his humble beginnings and how he came to share the screen with some of today's biggest names in Hollywood.
Whether you are looking to motivate your audience or simply entertain them with something they've NEVER seen before, Todd is your man!

We're a small biotech company. For our annual sales meeting, we wanted something beyond the typical MBTI assessments and sales training, yet could speak to themes of teamwork and stick-to-it-iveness. Todd fit the bill in all those ways, with feats of strength that left all in awe.

I highly recommend Todd for your next corporate event!

A half hour to one hour performance combining real feats of strength (no magic tricks!) with an engaging story about Todd's humble beginnings and how he came to be a world record holding strongman who has worked with some of the biggest names in Hollywood.
The feats are used to demonstrate the message that ANY goals in life can be achieved, no matter how crazy or impossible they may seem.
While the feats themselves may vary slightly from show to show, some examples of what can be expected are:
-Bending a 60D spike
-Nail driving (driving a nail through a wooden board with the fist)
-Tearing a phonebook (the REAL way!)
-Bending/twisting a horseshoe
-Tearing a full deck of cards in half
-Rolling up a frying pan
-Bending a large steel bar
-Breaking a chain by expanding the chest
-Blowing up a hot water bottle with sheer lung power (one of the most dangerous feats!)
The show itself is catered to the audience, whether it is a corporate event or a small private party. Todd can be hired to inspire a team or simply entertain a crowd with a performance that they will be talking about for years to come.

"The Strongman" Todd Jones is a professional stuntman, actor, and world record holding strongman. In 2015, Todd began training in feats of strength under Chris Rider, one of the top performing strongmen in the world, who is regularly featured in Ripley's Believe It Or not.
Now capable of feats of strength that he himself once thought were impossible, Todd uses the feats to demonstrate the limitless nature of human potential, and deliver the message that anything you want out of life can be yours, no matter how crazy it may seem.
Todd's film and television work includes big budget movies like Joker, Central Intelligence, and Black Mass, as well as a long list of television shows such as The Blacklist, Blindspot, The Punisher, and many more.
If you'd like to see if Todd has worked on any of your favorite shows, head on over to IMDB.com and search for Todd Ryan Jones.