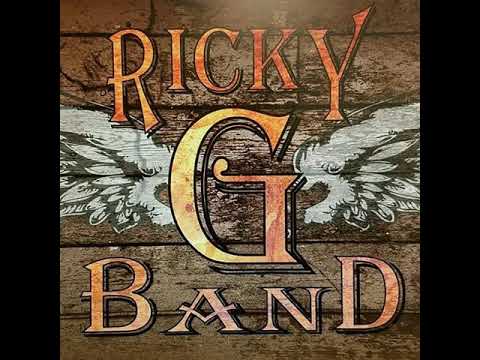 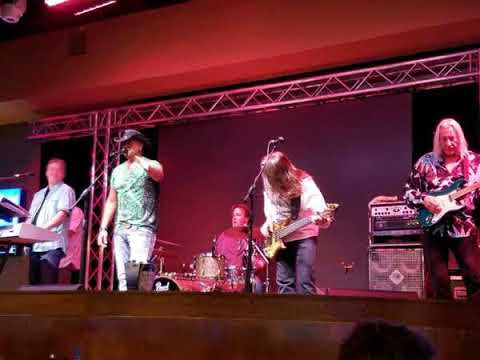 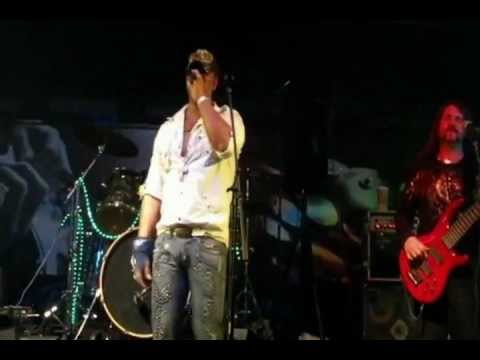 Kick it in the sticks
Ricky g 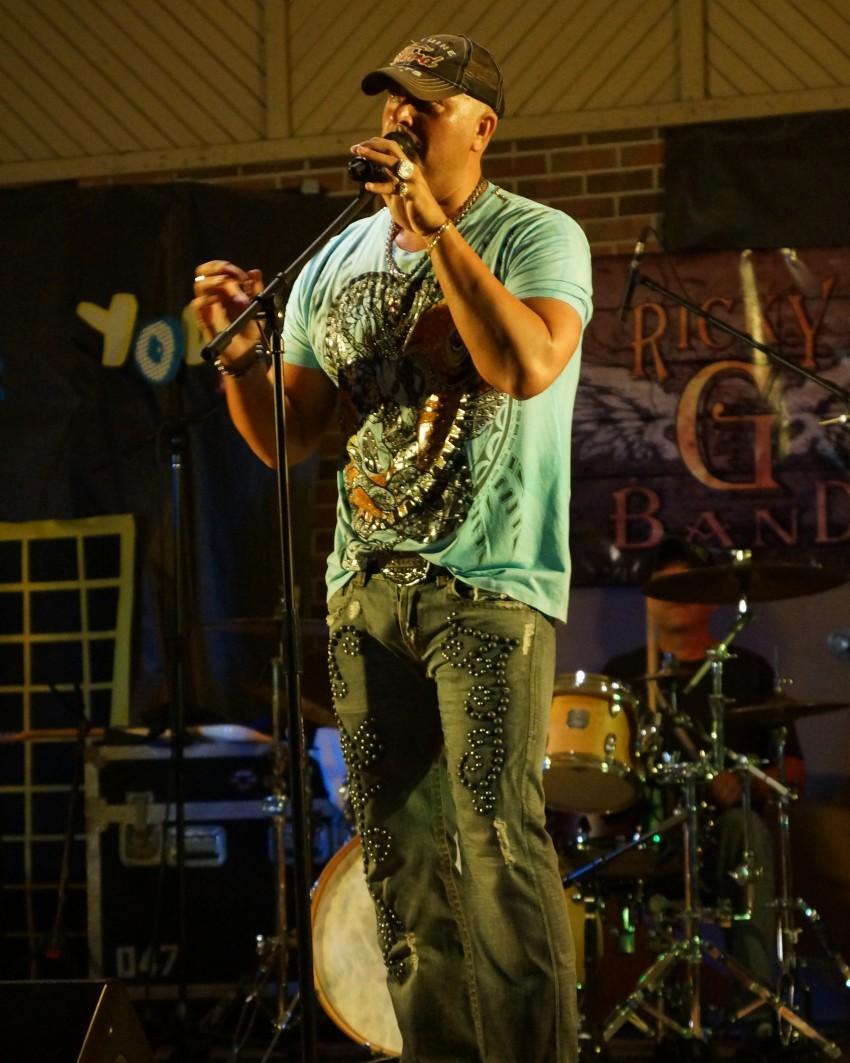 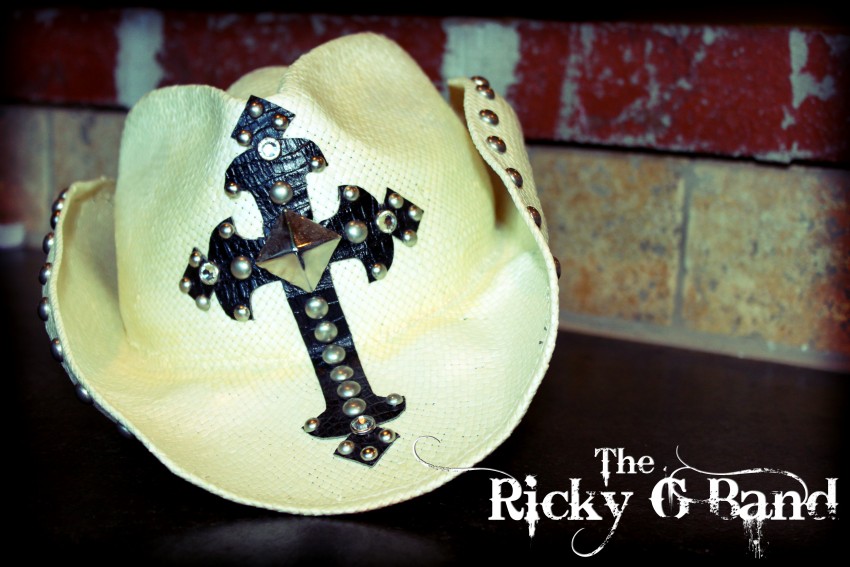 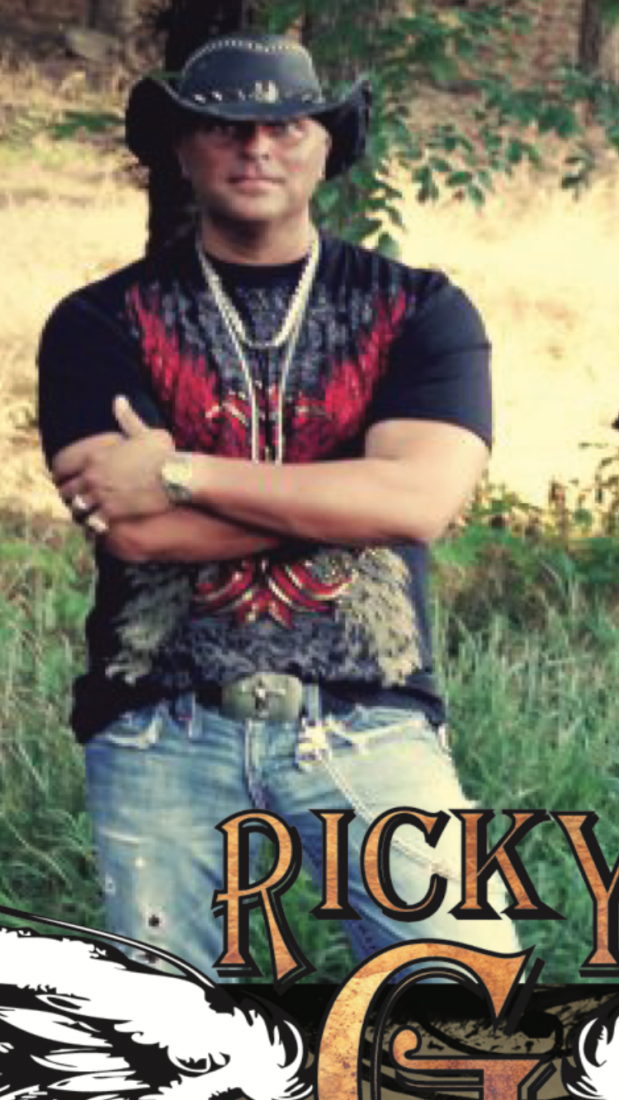 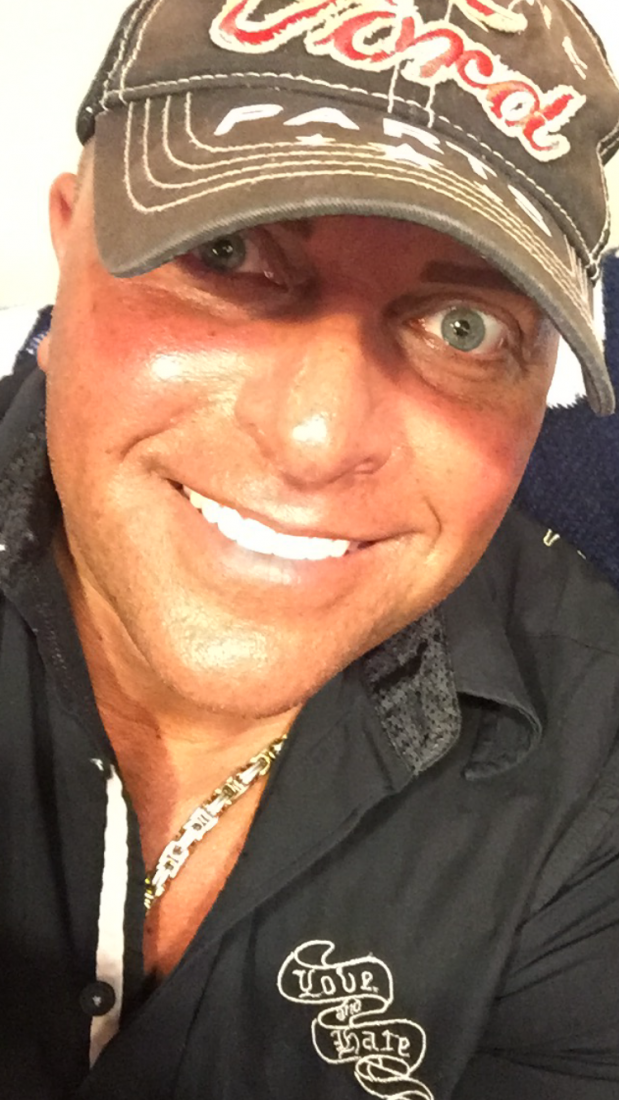 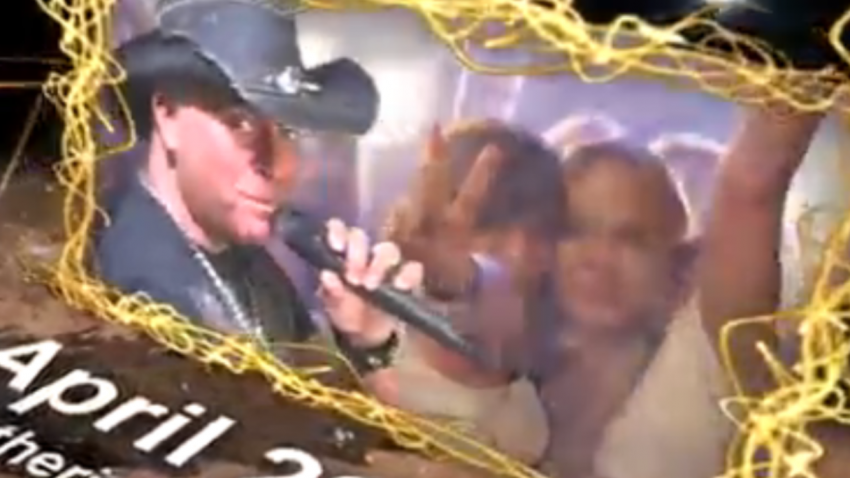 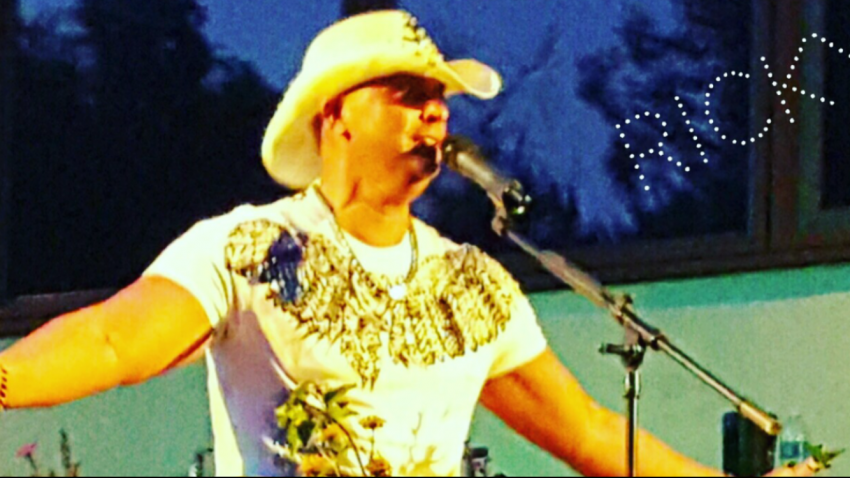 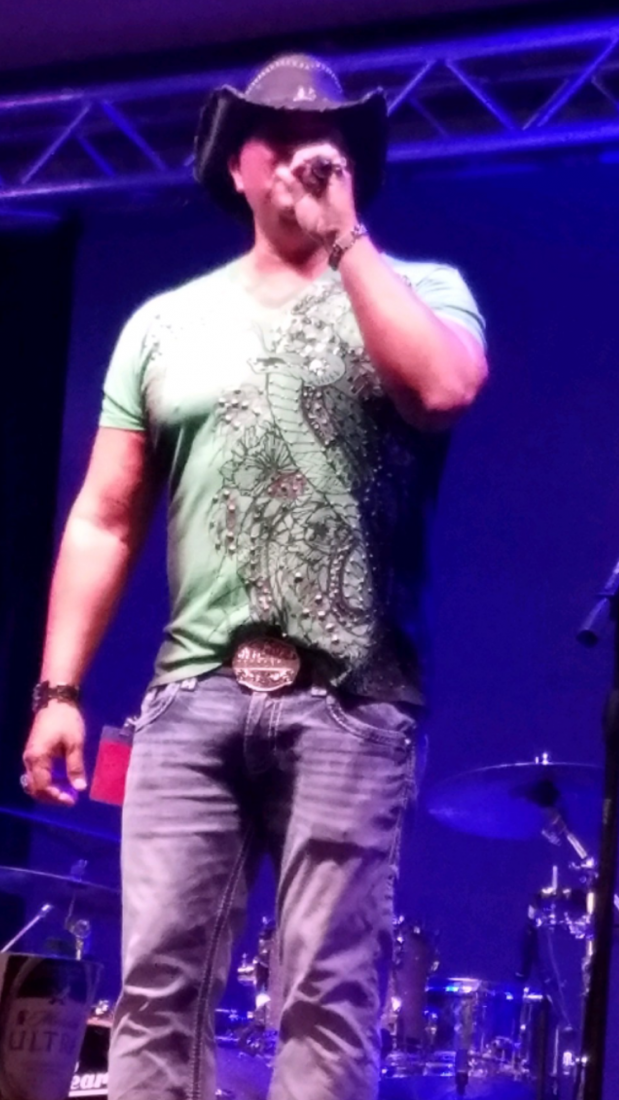 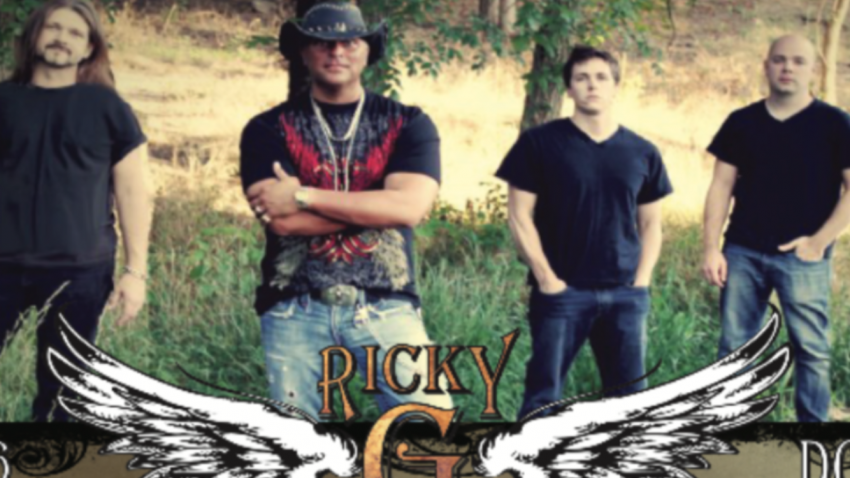 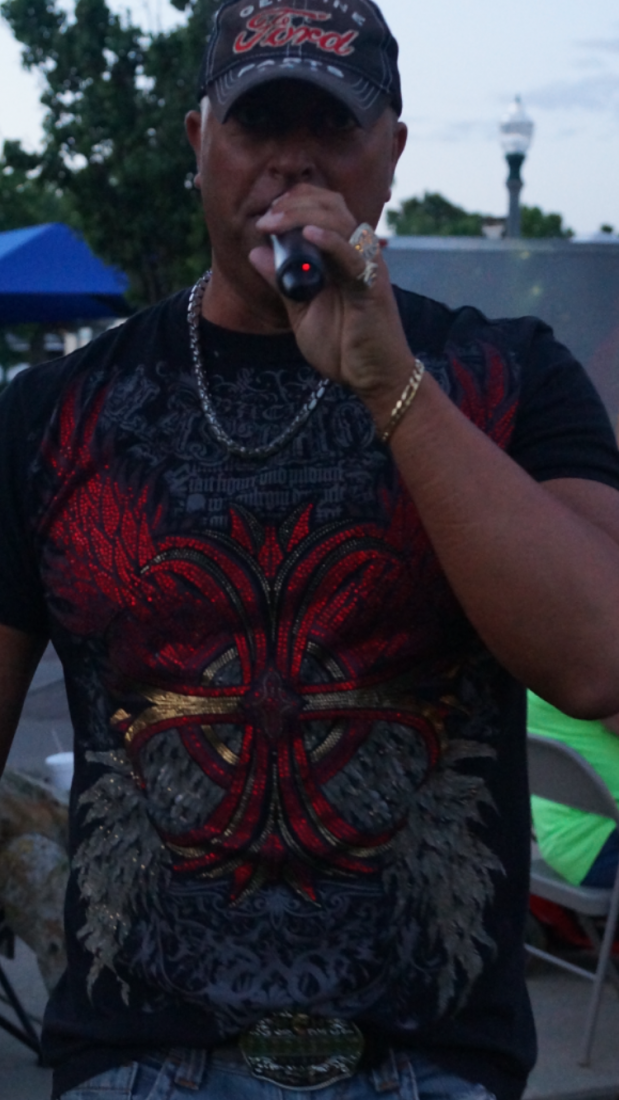 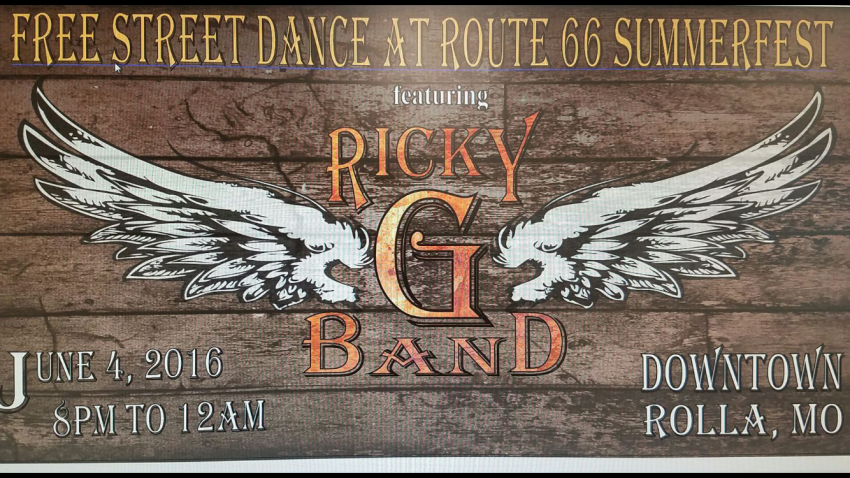 this band feels like the right combination of kenny chesney and brett michales of poision. country rock , this band is a must see in 2017. keep it up .

Having grown up in a music family, I can appreciate good music and I love great music. I have seen the Ricky G Band several times at different venues and I keep coming back for more. The song choices are amazing and the original music is unbelievable. If you are looking for a high energy show that has the perfect balance of modern country crossed with chart topping sounds from a well chosen mix of genres, go see the Ricky G Band tonight!

I have always been luke-warm towards country music until I saw this band while vacationing and I have been converted. Being a musician myself, I was blown away by the virtuosity of the band and the singer just nailed every song. Highly recommended.

If you are looking to hear a top-notch band with musicians that bring playing to another level and a singer that has not only an amazing voice, but so much charisma he brings the house down, then look no further. I don't know if I've ever had so much fun as the night I happened on to this band! I catch them whenever I can and they have never disappointed.

Awesome band to see live, the energy they give off is something you have to experience in person to appreciate.

one of the best live performances u will ever see.The most energy i have ever seen a lead singer have,with vocals that will take your breath away.Ricky has talent that passes up any other i have seen he is a true country star and will follow him all the way.We enjoy you Ricky keep up the great work the concert you had at tabu was the best i have been to.

Review by The S.

Best band shephards on the beach has had in years! The Ricky G band rocked our complex till the wheels fell off. GREAT and one of the best we have ever seen! Right up at the top w/Kenny Chesney. These guys have talent, really know how to get the crowd rockin' They will be back, welcome back anytime. We also had record setting attendance, couldn't ask for better. Thumbs up to the Ricky G band.

What a amazing performance... Ricky g belongs on the big stage! Best live country band I have EVER seen. I will be a fan forever... Please post tour next gig!!!

What a amazing performance... Ricky g belongs on the big stage! Best live country band I have EVER seen. I will be a fan forever... Please post tour next gig!!!

the best band i have heard in a long long time.

Review by Loren A. G.

Ricky g band is the only band ive ever heard live that sounds like its a recorded cd. There freakinn amazing. Absolutly <3 it.

The Ricky G Band is amazing! They put on a great show and really had the crowd goin! Ricky G absolutely has STAR QUALITY. He can sing anything from Tim McGraw to Kenny Chesney and they had two original songs that could top the charts right now! Will definitely go see them anytime I can.

Review by Ashley A. M.

This is the "best" country band I have ever seen! Ricky g has got that big star quality! I felt like I was at a Kenny Chesney concert! A great high energy band! We watch them anywhere they play. They are definitely headed to the big stage...

A high energy, fast moving, fun show from the moment we take the stage till the last note is played. A great variety of classic country and rock to modern country and rock hit songs. You guaranteed to be singing along from start to finish. Excelent vocals and musicianship topped of with a brilliant display of lights, lasers and fog.

At one time the Queen City of the Ozarks, Springfield, MO, was the place to hear up-and-coming and popular country music stars. It’s been over 50 years since Springfield had her glory years, but now Ricky G. is determined to bring it all back home and put the Queen City back on the map.

Inspired by his grandmother’s love of Elvis, his Aunt’s love of KISS and the Stones and by the storytelling of Johnny Cash, Waylon Jennings and Alan Jackson, Ricky G. continues that music legacy, but on his own terms. This is his own unique sound that offers no apologies and a whole lot of fun as he bends the country music genre boundaries like a wailing 6 string guitar.

Ricky G.’s new album, Hillbilly Hollywood, is destined to be an instant Billboard classic and a cross-over hit that hooks fans from multiple music genres. The album is so well crafted both lyrically and musically that fans will find they can’t help but dance and sing along.

“Wow! This could be a game changer within country music’s current climate”

“The consistent way that RG delivers these songs is at a level that we seldom, if ever, see in our industry model.”

Ricky G lays it out and shuts it down! His stage presence and charisma are the likes that haven’t been seen since Garth Brooks started “Ropin’ the Wind”.

Riders and contracts are provided at the point of booking.

At one time the Queen City of the Ozarks, Springfield, Mo, was the place to hear upcoming and popular country music stars. It’s been over 50 years since Springfield, Mo has had her glory years, but now Ricky G. Is determined to bring it all back home and put the Queen City back on the map. Inspired by his grandmother’s love of Elvis Presley and Freddy Fender and by the story telling of Johnny Cash, Waylon Jennings and Alan Jackson he continues that country legacy. With his new album, Hillbilly Hollywood, Ricky G. Sings songs that resonate to the soul and I dare you to not dance or sing along. Catch him live if you can. You’ve not seen charisma like this since the king himself.

Each events set up requirements will be customized based off the wants and needs of the gig.

Brenna R. said “Isaac and the band were friendly, professional, and easy to work with. It rained the day of our outdoor event. They played wonderfully and with positivity…”

Hunter Hathcoat is an Americana/Red Dirt artist based out of Springfield, MO. His two EP releases have reached over 100,000 Spotify streams and has gained radio… Coleton C. said “Chelsey James was amazing at Mid Missouri Banks customer appreciation day. Not only did she attract new faces, she entertained our current customers for…”