The Posing Til Closing Party Band 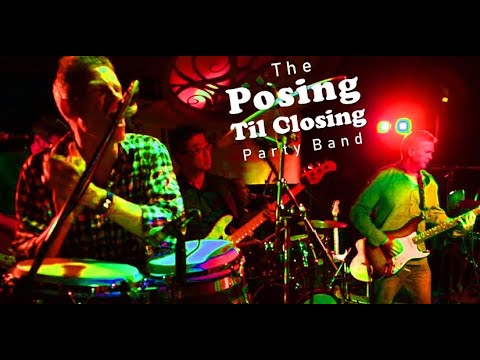 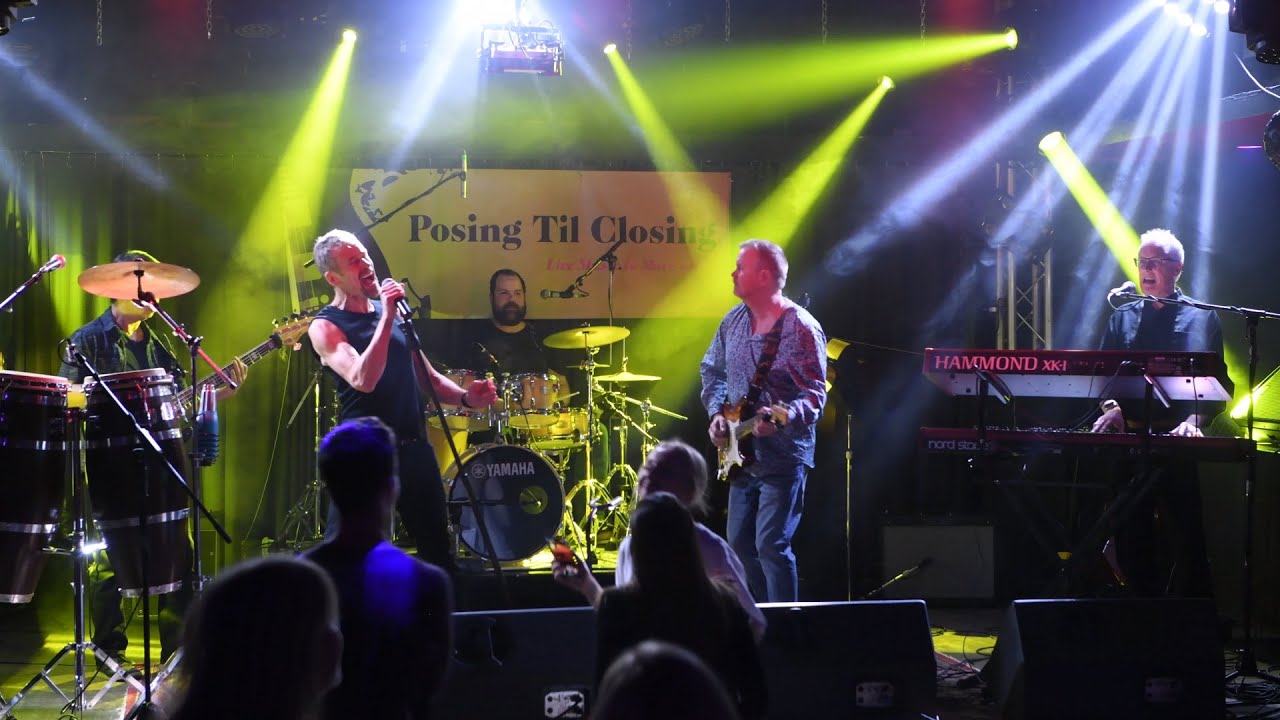 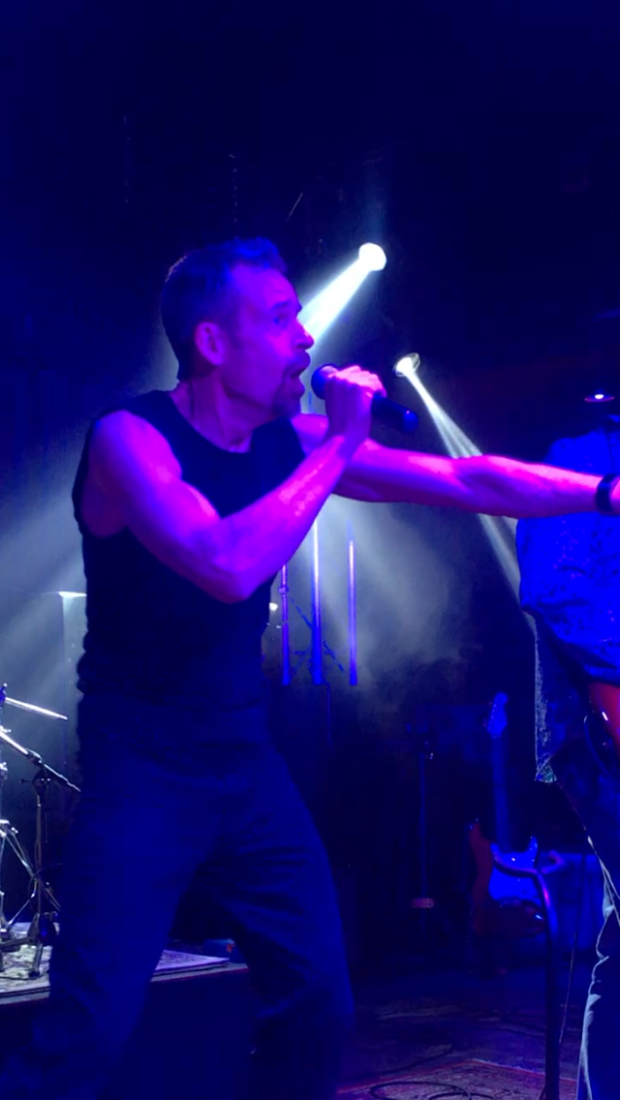 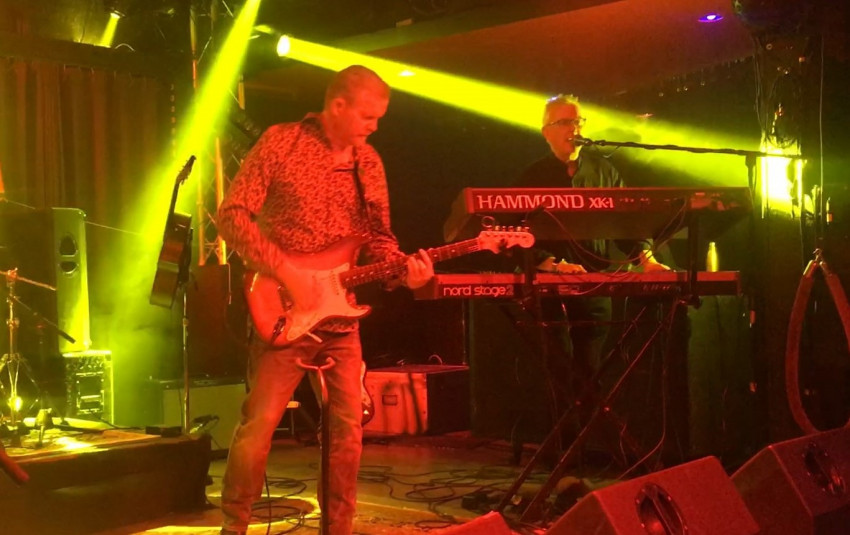 Live at the Red Room, Vancouver 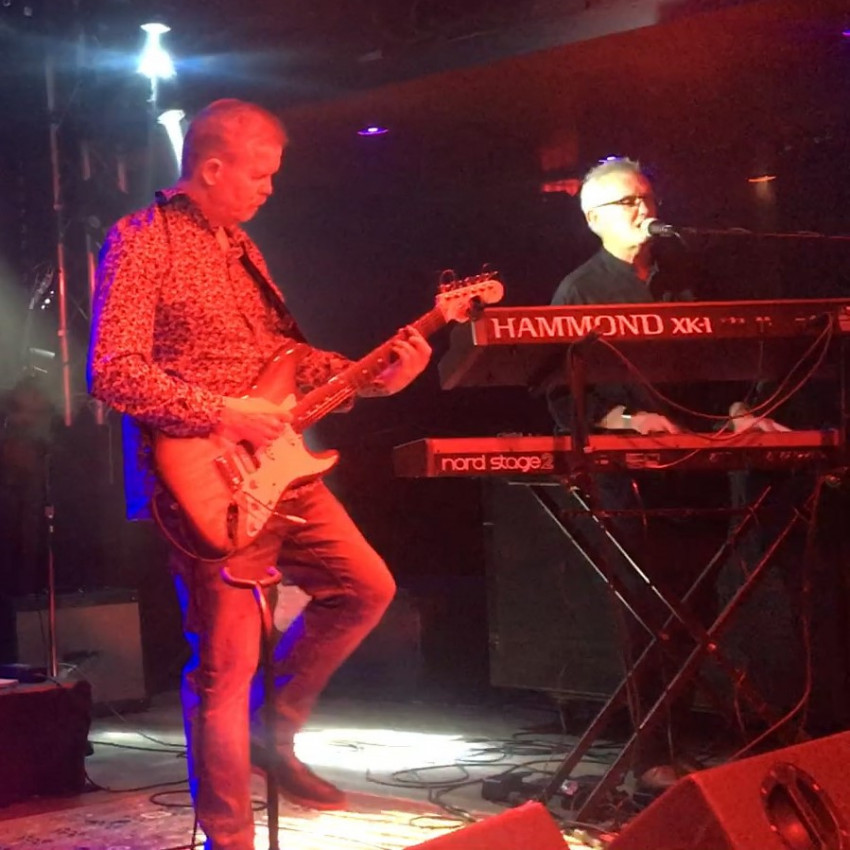 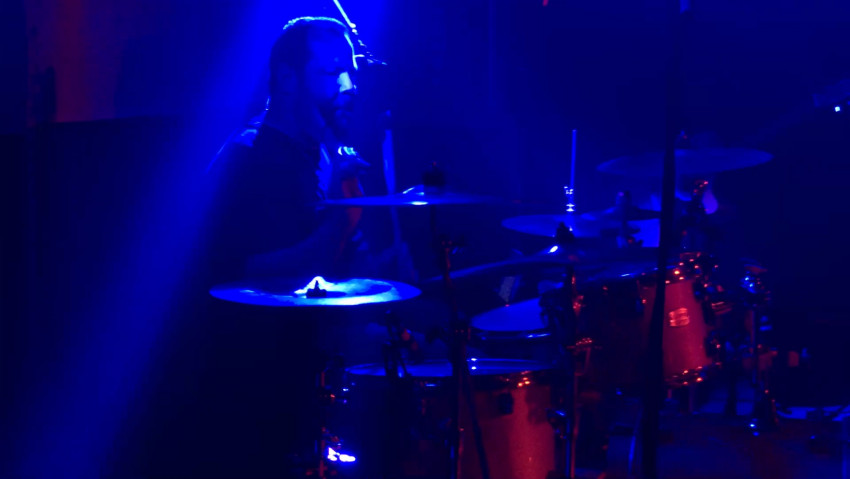 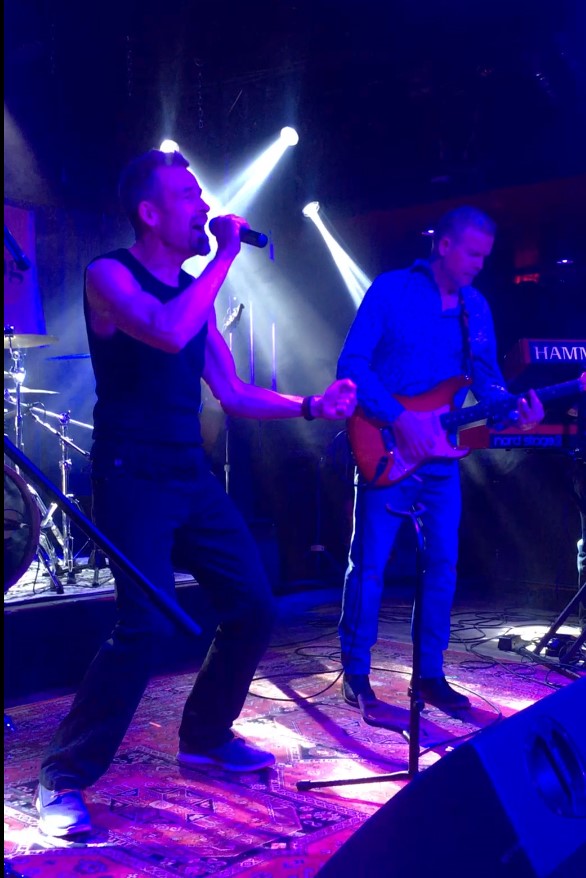 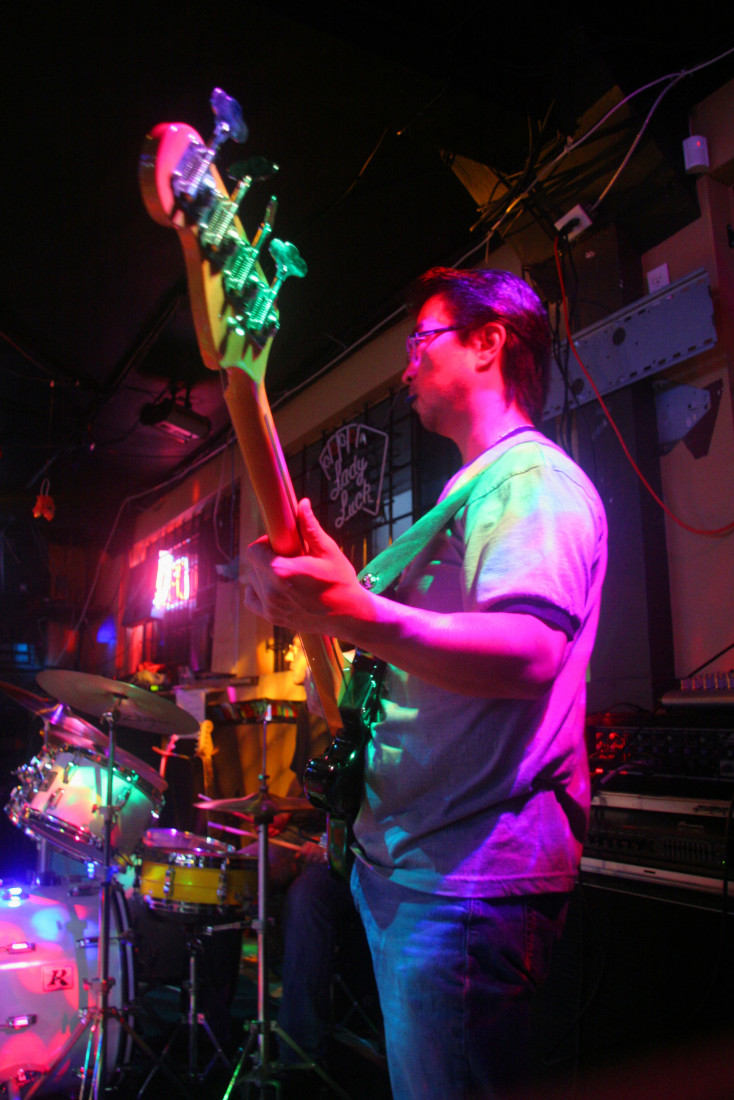 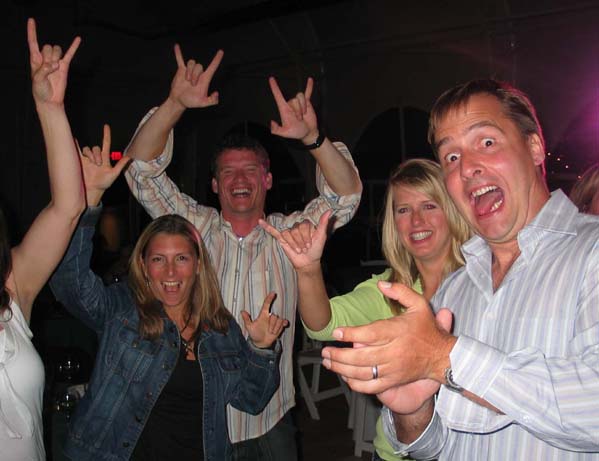 ...and the audience goes crazy!! 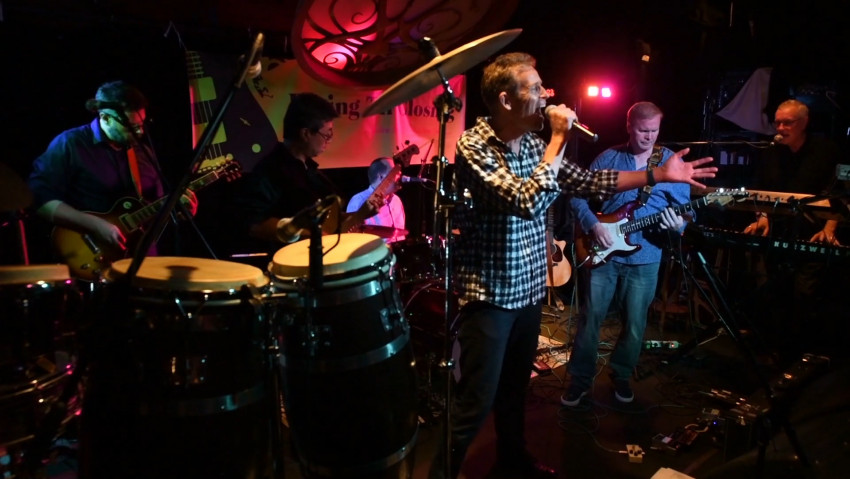 Live at the Backstage Lounge

One of Vancouver's most entertaining cover bands - PTC delivers a highly dynamic and engaging live show... and it's no wonder 80% of the band's performances are repeat gigs or referrals.

Since 2008 Posing Til Closing has performed all over the Lower Mainland - at Corporate Events, Private Parties and Charity Fundraisers... and always to rave reviews. The bands line-up includes guitar, keyboards, drums and percussion, allowing a wide variety of Classic Rock, Latin and R&B material... with songs carefully selected as a magnet to keep the audience on their feet all night... 'til closing!

Be the first to review The Posing Til Closing Party Band

Brian (Guitars) and Stuart (Vocals and Percussion) met in 2004 playing in a corporate band that traveled across the country and was winner of "Corporate Battle of the Bands". Together with Allan they formed "Posing Til Closing" in 2008.

Posing Til Closing and Community Giving
Giving back to our local communities is integral to our band’s philosophy. Every year we donate our time and energy to support six fundraising events for major charities and not-for-profits. Over the years we have supported many great causes including Canadian Cancer Society, Delta School Board, Make-a-Wish Foundation, Easter Seals, Canadian Leukemia & Lymphoma Society, Vancouver Orphan Kitten Rescue, Downtown East Side Food-Bank and the BMO Vancouver Marathon - with audiences from a few hundred to several thousand.

Who's in the band?
Stuart Turnbull - Vocals and Percussion
Stuart started drumming at age 9 and was performing by age 12. He switched to hand percussion and vocals in the early 90's, training with the late Boying Geronimo, founder of Vancouver's top latin band Rumba Calzada. Career highlights include playing with the Juno award winning Powder Blues Band at the 2002 PNE, opening for the Great Big Sea and winning the Corporate Battle of the Bands as a member of the TELUS WebTones. Stuart plays Gon-Bop Conga's, LP Timbales, LP Bongo's and Zildjan cymbals.

Brian Rooney - Lead and Harmony Vocals, Keyboards
Musical director, producer, keyboardist extraordinaire, recording engineer. and veritable fountain of knowledge on useless trivia of songs of the 60' and 70's! Brian has played in many blues and rock bands over 30 years. His skill at orchestrating is evident in the variety of material the band plays and the tight harmonies. When he's not playing, recording or mixing in his home studio, you'll find Brian restoring vintage Hammond B3 and M3 organs.

Brian Meadows - Quite a few very nice guitars.. and more pedals than "whack-a-mole"!
Brian joined the band in 2008 having played with Stuart in the WebTones for 5 years prior, and with Allan in several musical projects. When he's not playing with PTC you'll find Brian lighting up the stage in his own 3-piece powerhouse rock band - Redhouse.

Allan Nakatsu - Bass Guitar
Rock solid on bass, Allan joined the band in 2008 and hasn't looked back since!

Steven Basura - Drums
After receiving a drum kit at age 11 Steven gave up classical guitar and has focussed on dynamic rhythms ever since. His playing style is - he says only slightly modestly - a mixture of John Bonham, Stewart Copeland, and Nik Pesut. That's something worth seeing unto itself! Steven has played in a variety of regularly gigging original and cover bands. He uses Gretsch Catalina Ash drums with Zildjian and Sabian Cymbals..

For most smaller gigs (150 attendees or less) we are self-sufficient. Our state-of-the-art Bose PA system provides exceptionally clear sound reinforcement - and offers unique "Spatial Dispersion" technology that provides consistent sound on-stage and in all areas of the audience... not just directly in front of the speakers.

For larger gigs, and those with unique sound or visual requirements we can provide your operations team a comprehensive stage plot which details our requirements. We've played gigs from 100 to 2,000+, indoors and outdoors (including in a torrential downpour), and so we have the experience to navigate through any unexpected wrinkles that may arise.

We update and refresh our catalogue regularly, both to keep it interesting for our regular audience and to challenge ourselves.

A minimum stage area of 18x10 is recommended